I met Jim early this morning at the local Starbucks for a round about ride up to the main ride start meet in McKinney.  The temperature was 39 degrees and dropped slightly as we headed north.  There was a good size crowd gathering for Bo’s lead.  We had one bicyclist that was determined to join in for the ride.  He said he could keep up with us on the downhills.  Jim showed up with a new toy, his brand new K1300GT.  Nice.  It’s about time he got a bike fast enough to keep up with everyone.

Fog set in a little over halfway into the ride, and the temperature felt like it dropped 10 degrees, but it was only the moisture.  The fog was interesting, but unexpected as we left in a sunny sky.

As usual, the food was great at CJ’s in Whitewright.  There were a couple of locals in the café, and around 30 motorcyclists including the Harley group that beat us there.  It’s amazing that the crew at the café can manage such a group that invades and leaves very quickly.

I wandered around for the return ride back home, and looked for roads I had not been on in a long time.  The rest of Sunday was spent at the church sorting out server backup utilities and trying to flush out demons from Lisa’s computers. 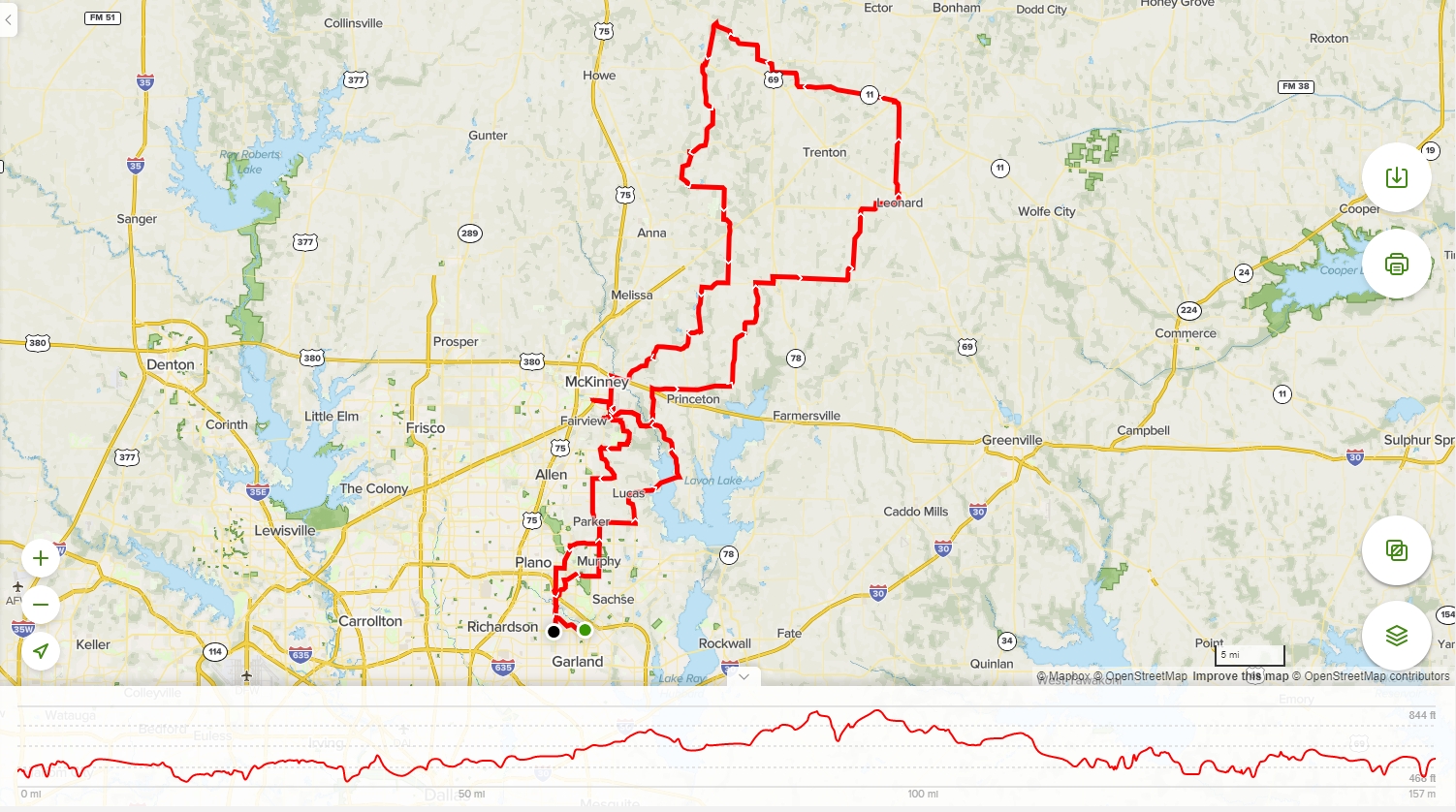