Deb had to work the quality fair at the hospital on Friday, so we did not leave on Friday with the rest of the LSBMWR group.  The heavy weather was coming in from the west early Saturday morning, moving east as a big red blob on the radar.  It was important for Deb and me to get rolling soon, or the weather would be way too dangerous to ride in.  There were already tornado watches, which later in the weekend turned into twisters on the ground. 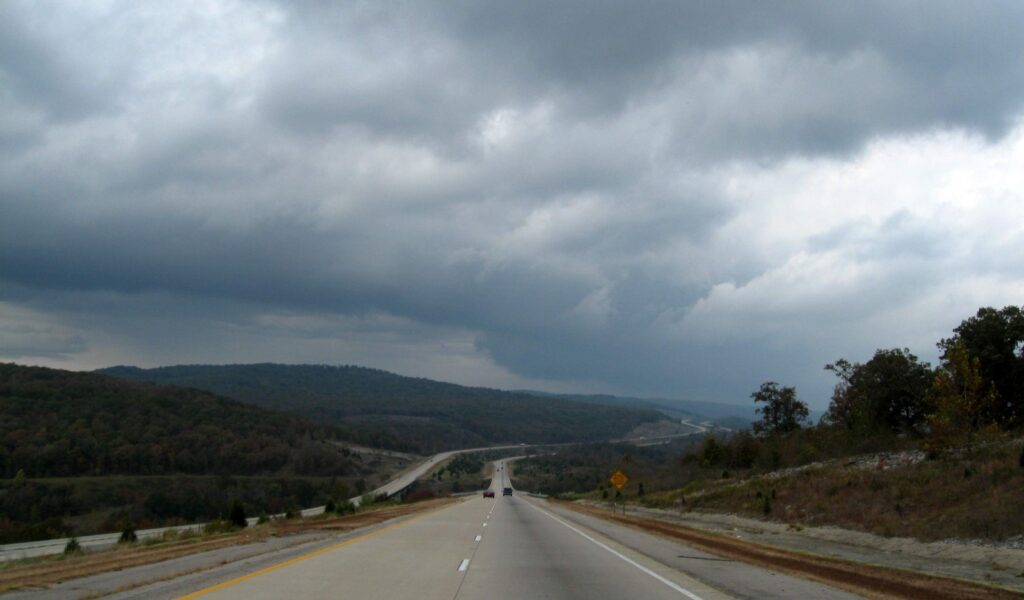 We headed out and kept an eye behind and west of us, and only dribbles of rain hit us off and on through North Texas and Oklahoma.  Once we crossed over into Arkansas, the rain started, and we finally stopped to put on rain gear about 50 miles out of Eureka Springs.  The twisty roads made for a bit of tense riding, but gave us plenty of time to absorb the fall colors in the trees. 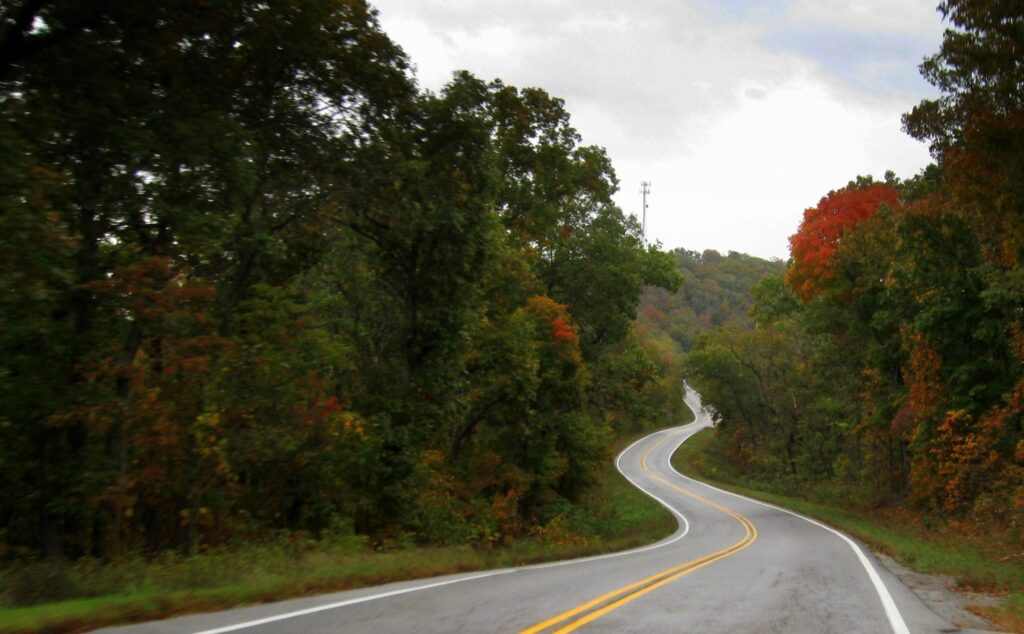 We arrived at the Ozark Inn to see everyone socializing and telling stories from their rides earlier in the day.  Bob’s GS looked a bit muddy, and I found later he had explored a road that the locals had said they had not been on for 6 years. 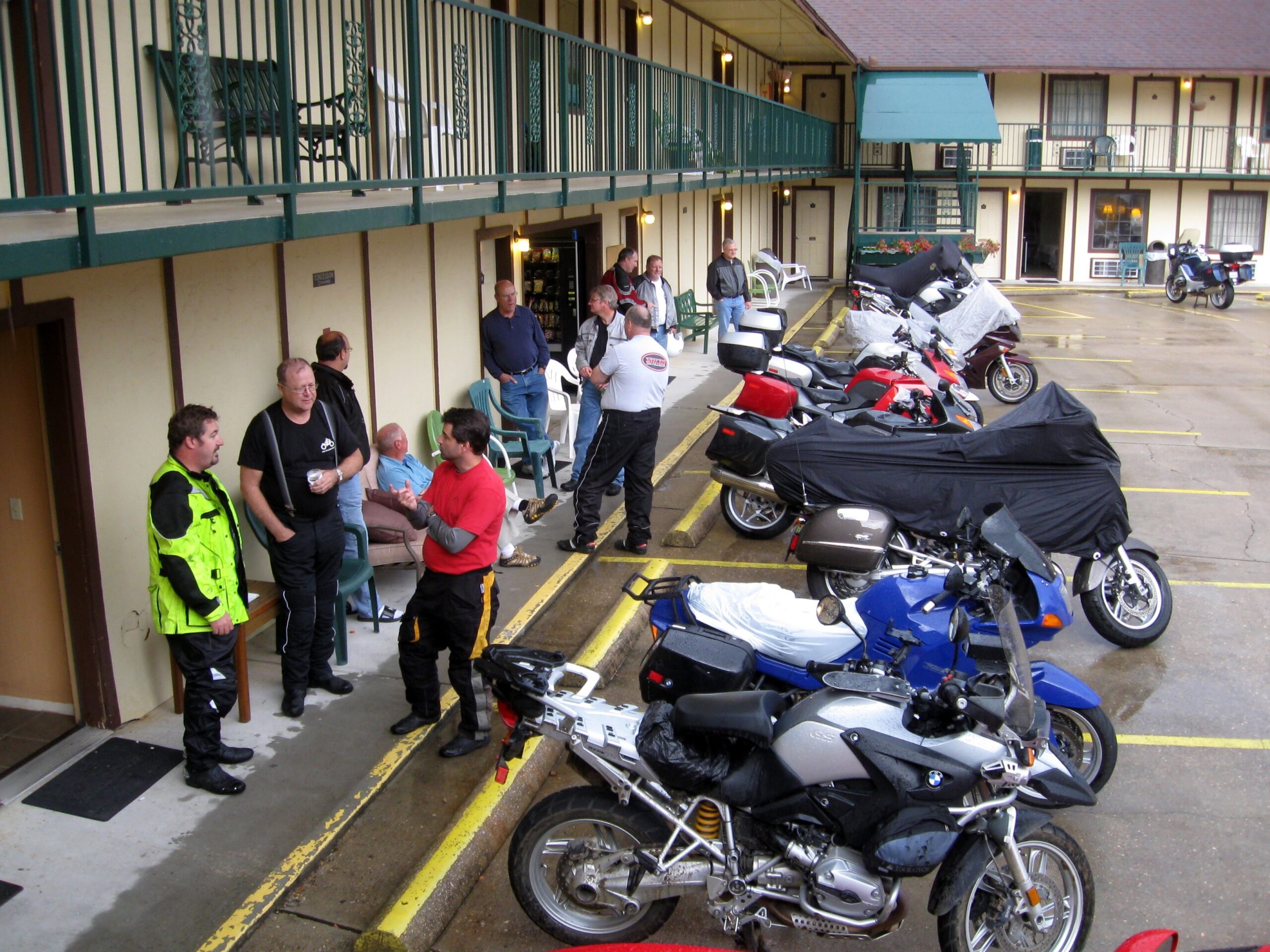 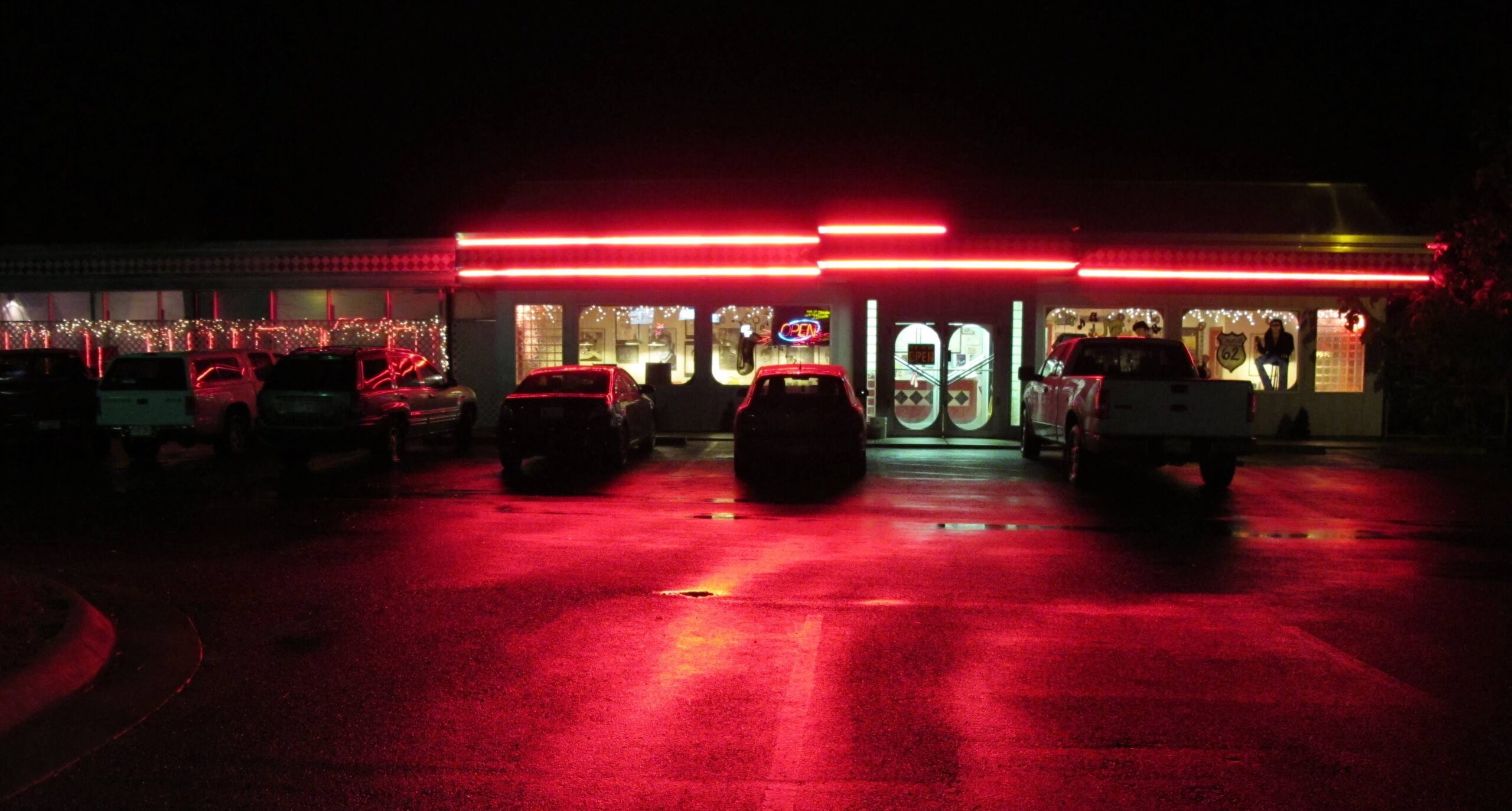 It was a dinner theater Saturday evening at the 62 Diner, with entertainment by Mark Wayne, and a very old Elvis. 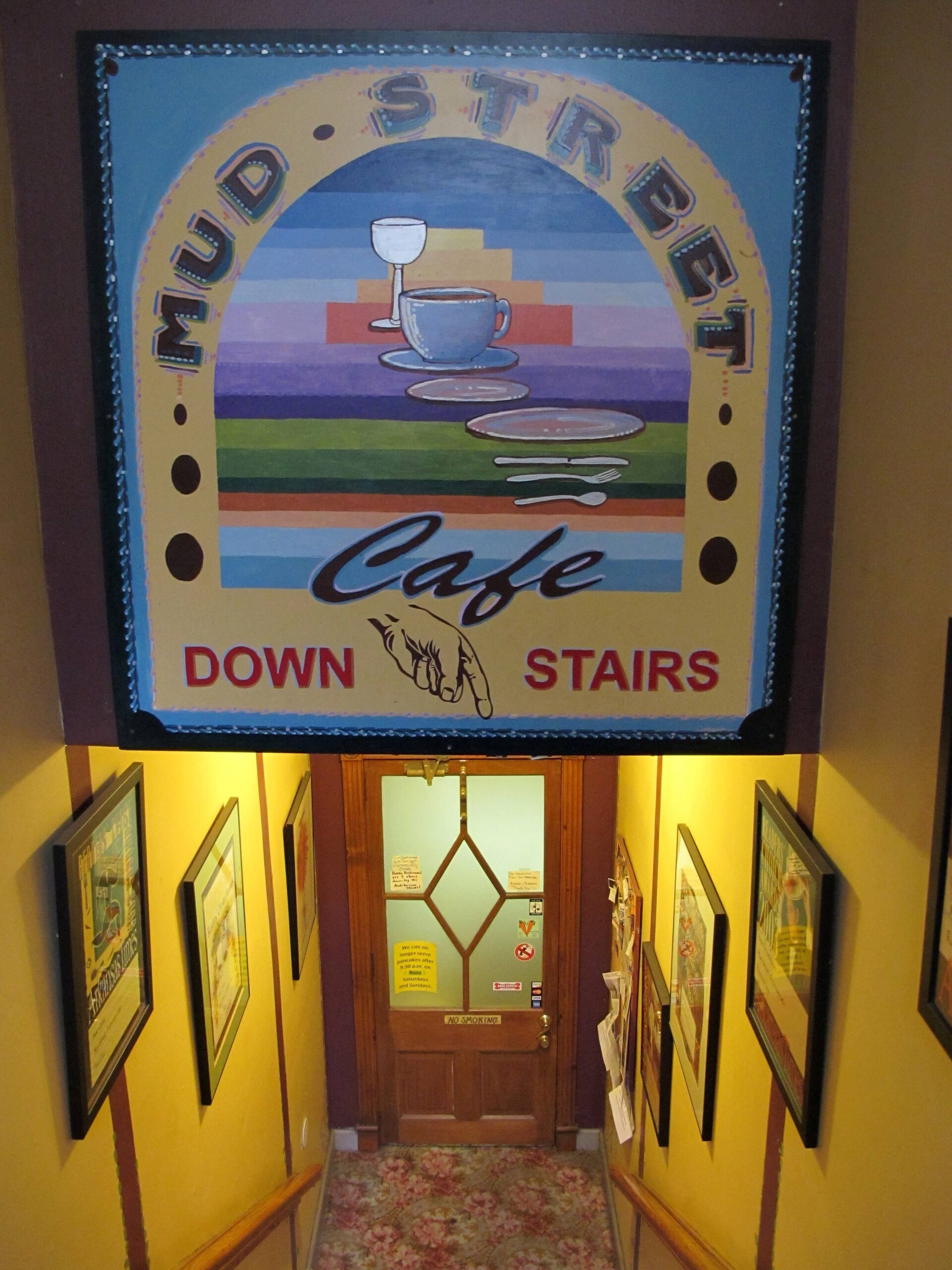 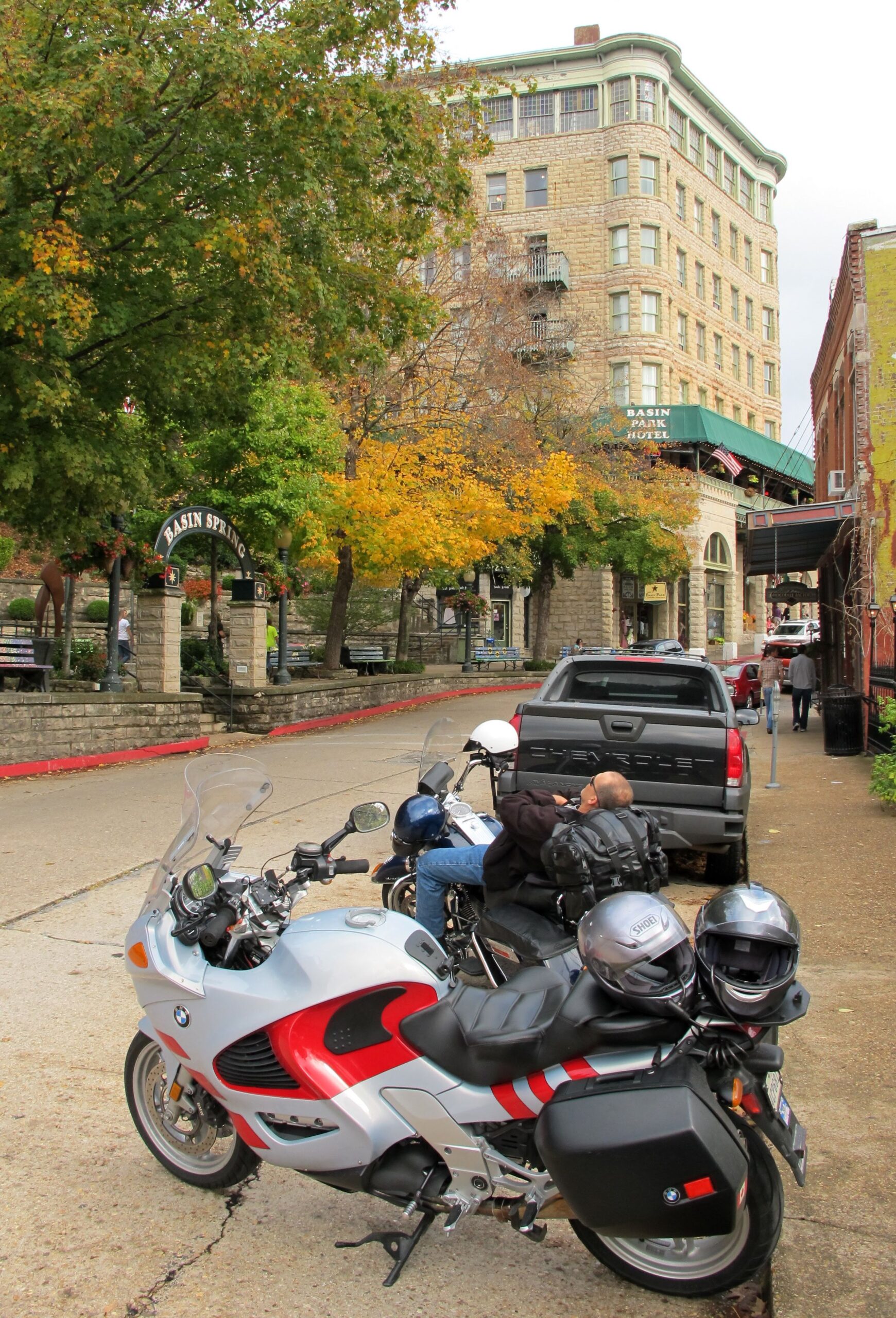 Deb and I heard bikes starting early Sunday morning, and by the time I looked out, only 5 were left in the parking lot out of the 35 I had counted Saturday evening.  We had a very tasty breakfast at the Mud Street Cafe, and explored the downtown section of Eureka Springs. 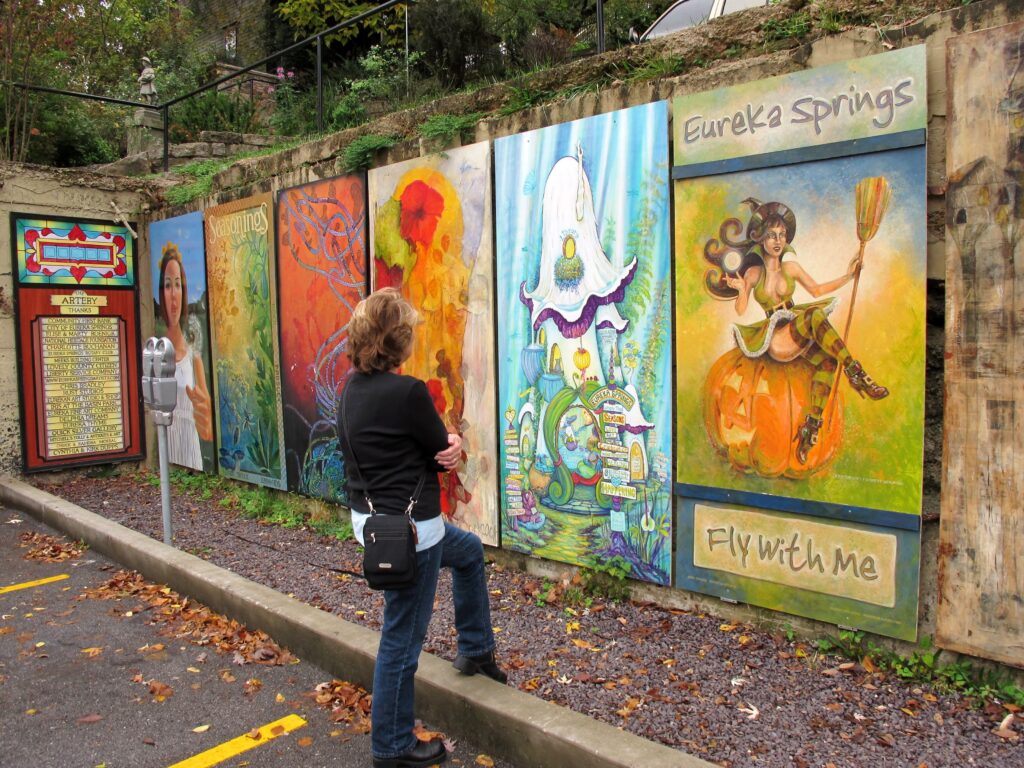 We headed out south on 23, and did the Pig Trail south towards Hot Springs on dry roads.  What a rush! 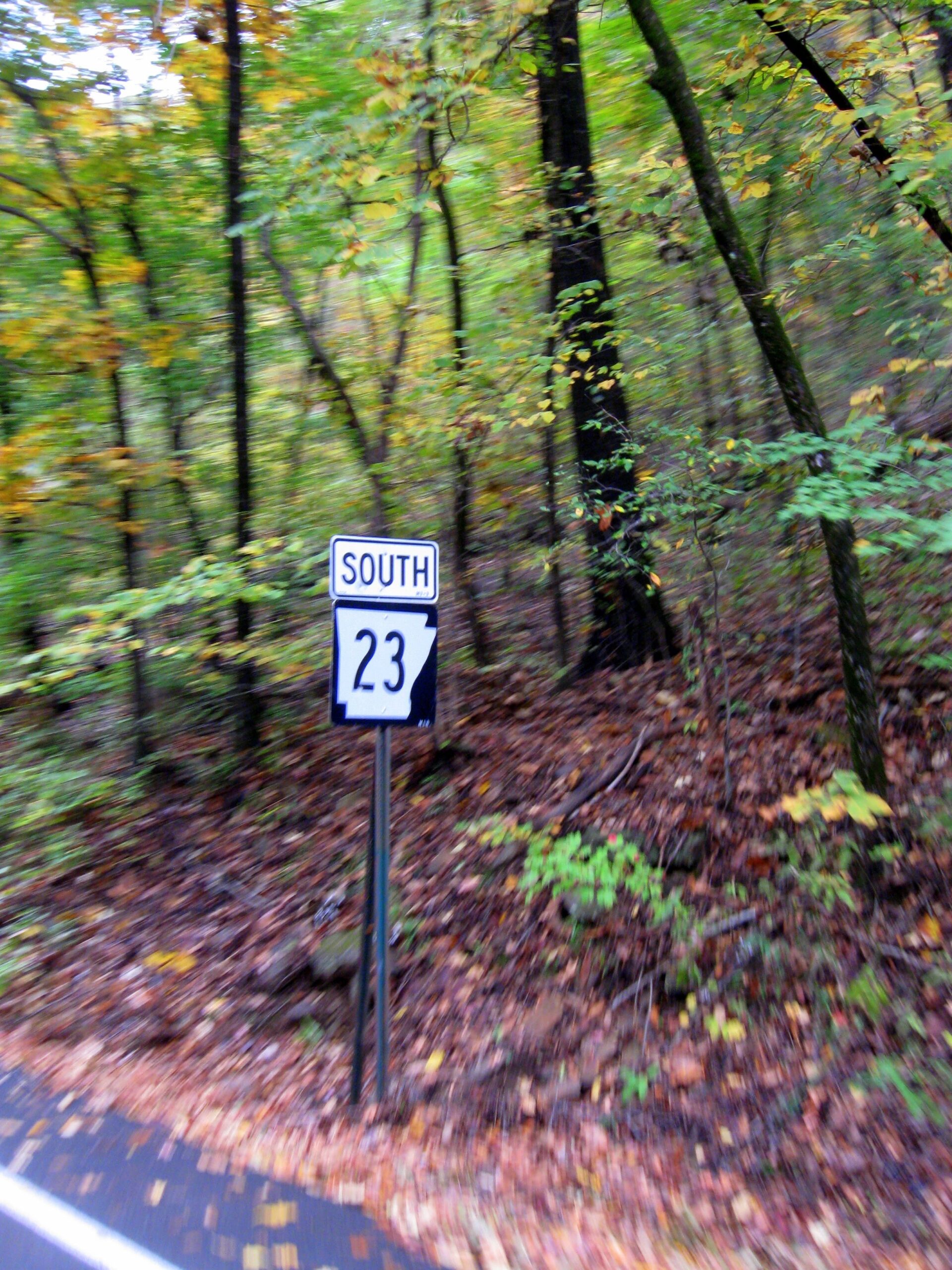 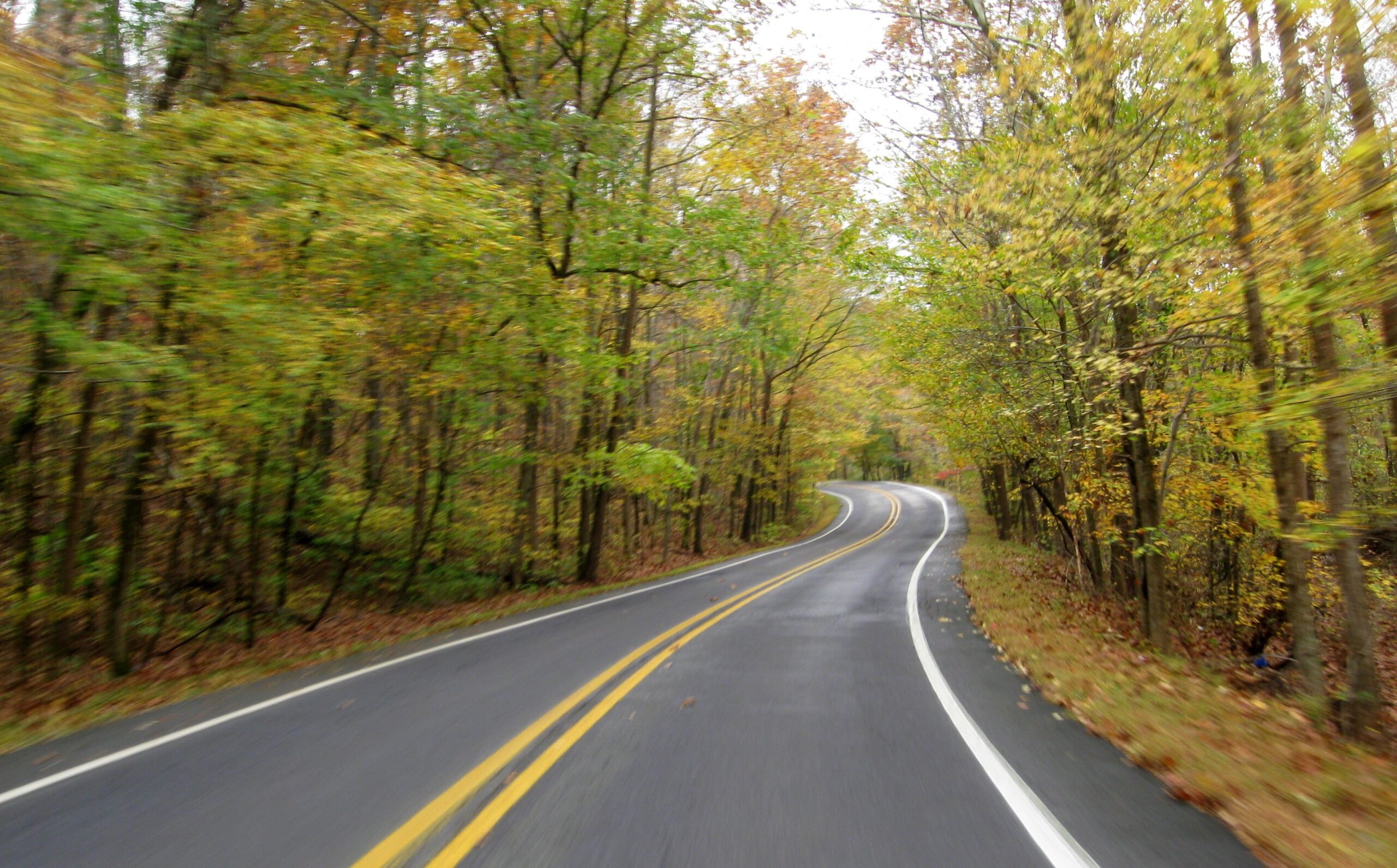 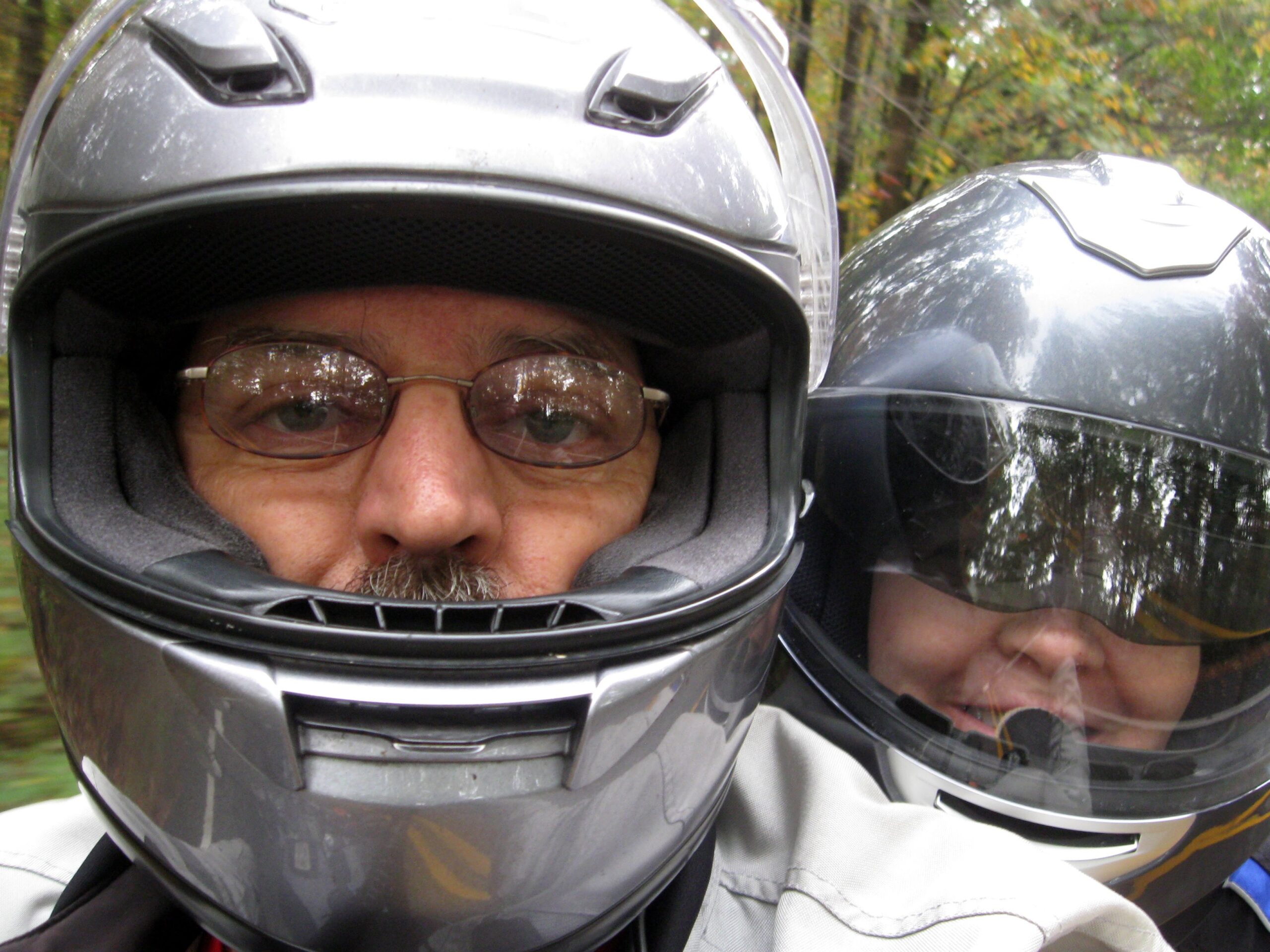 But about 35 miles north of Hot Springs, the sky darkened and it looked like we should put on the rain gear again.  While we were on the side of the road, a driver stopped and asked which way we were headed.  We pointed south, and he said it was bad.  We took it easy and watched where the lightening was striking, to help figure out the core of the storm.  It looked like the bad part of the storm the driver warned us about had moved east by the time we had moved south. 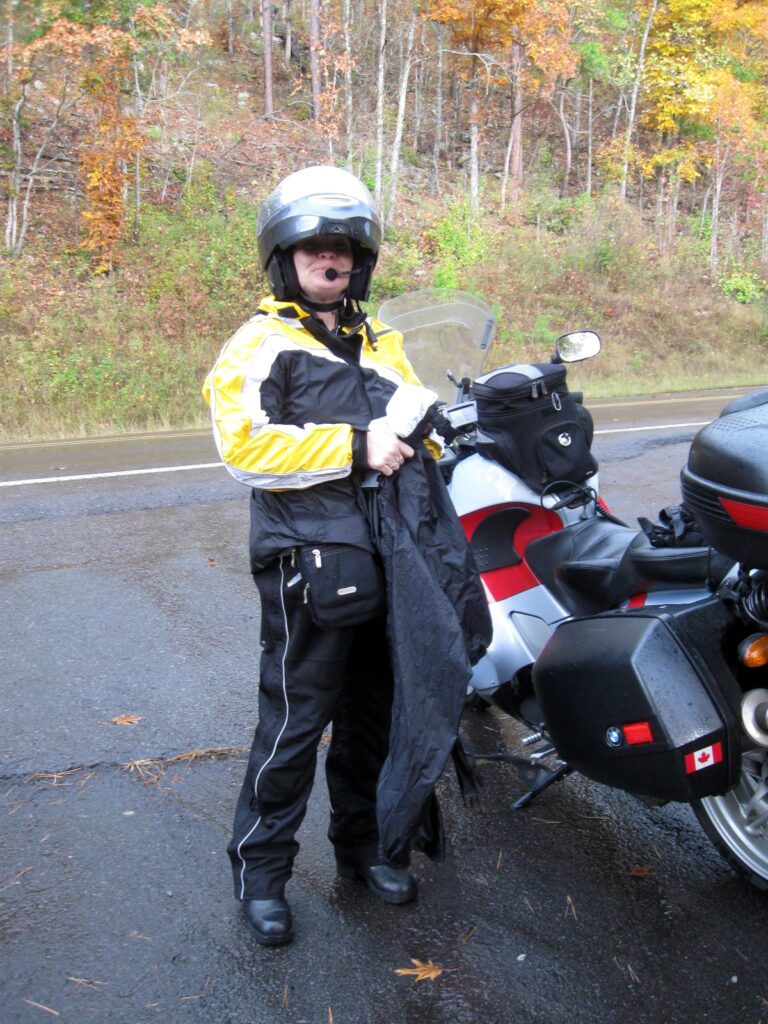 We worked our way into downtown Hot Springs, and stopped in the light rain to eat at the Brick House Grill.  We walked to the door only to find it locked.  Darn.  But, Picante’s Mexican Grill turned out pretty tasty. 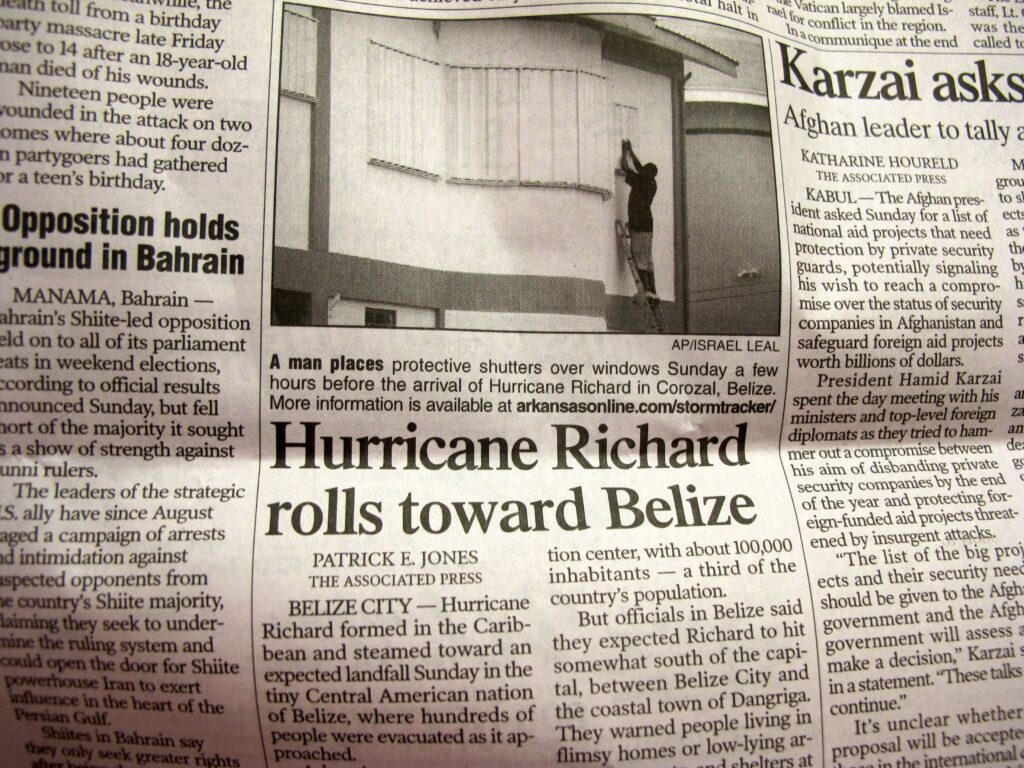 And I found out over the weekend I’m finally a hurricane.  Hope I did not tear much stuff up in Central America. 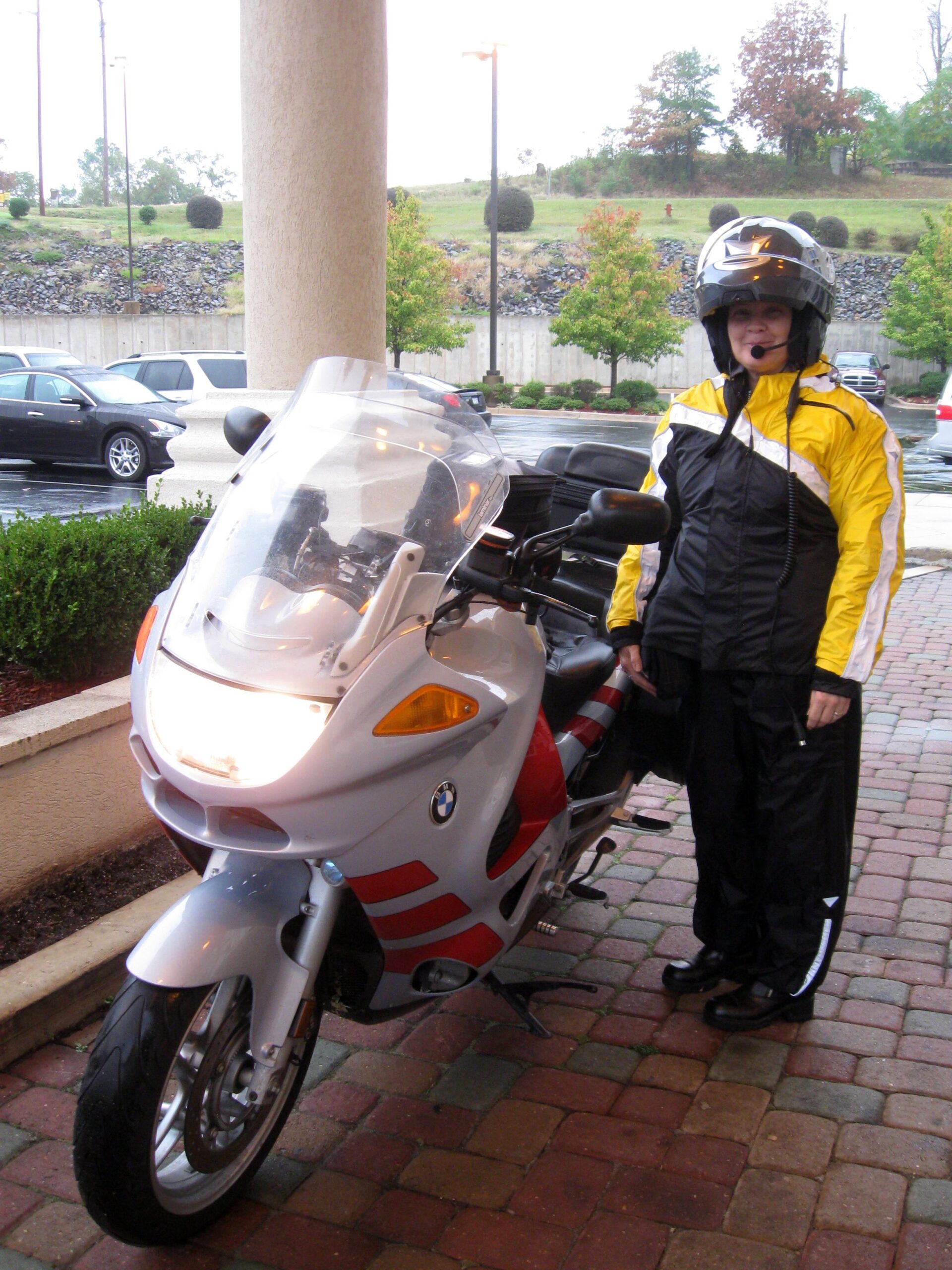 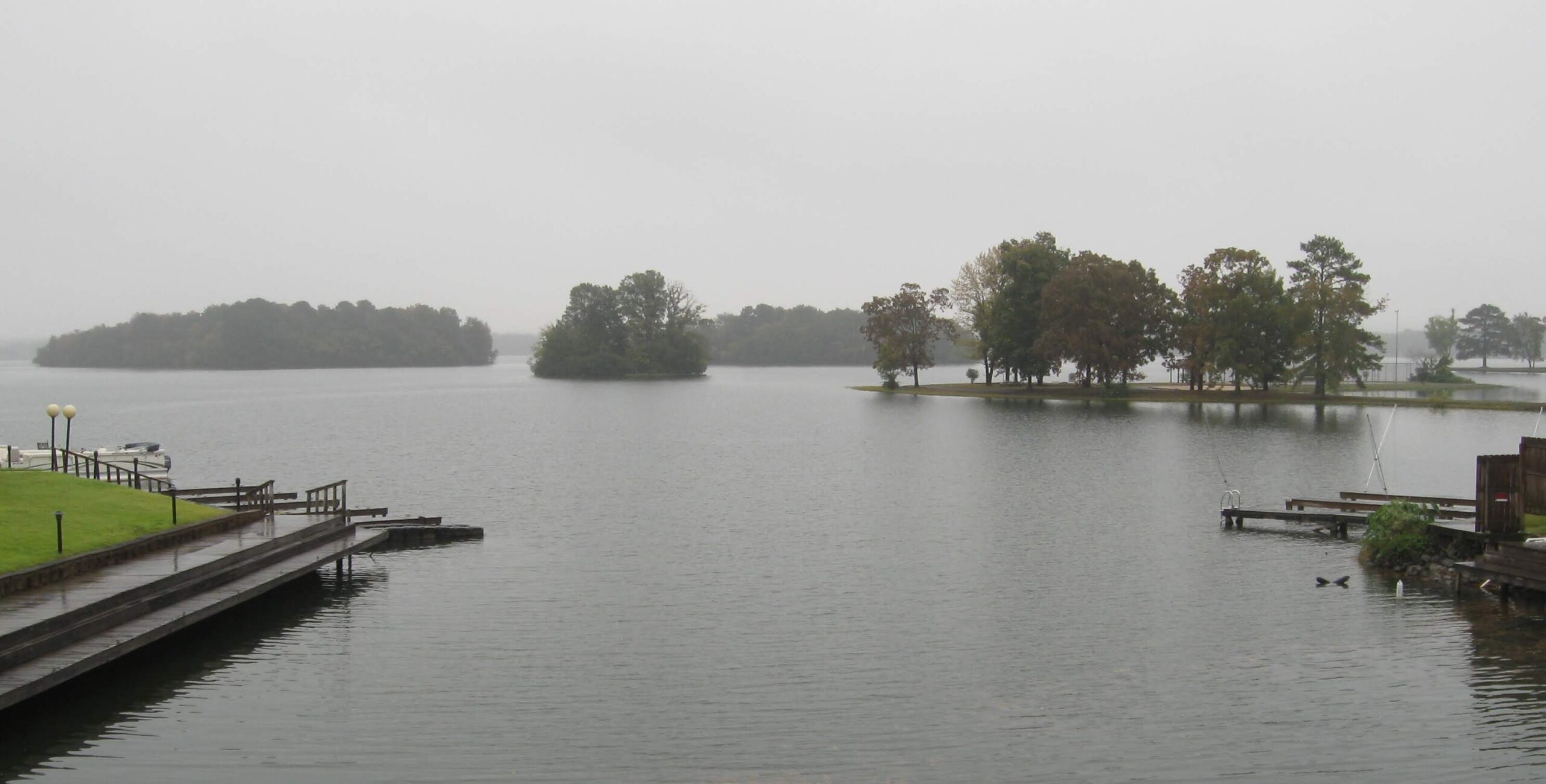 Monday morning came along with drizzle, so on with the rain gear again.  The misty and foggy forests was interesting, but the wet roads kept the pace slower for safety reasons.  I had looked on the maps Sunday evening, and saw Amity Road might be interesting.  It turned out to be so, but the road got fairly choppy deep in the forest. 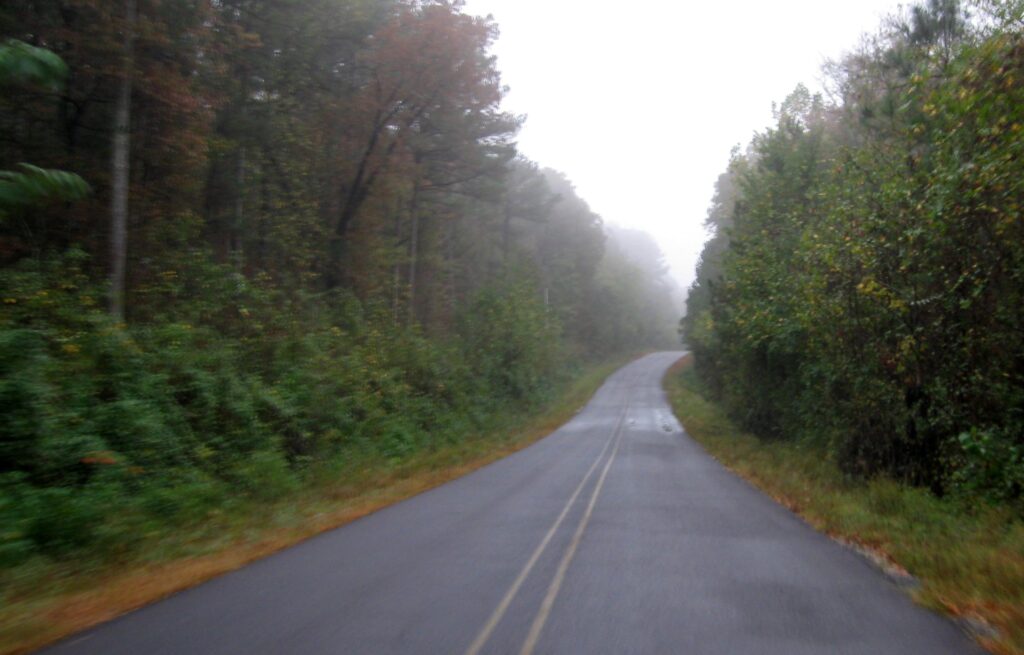 By the time we hit Oklahoma, the roads had dried and the sun peeked through the clouds, only to give way to 25 mph winds.  That kept us watching the trees ahead, to help predict the gusts before they surprised us.  It was a good weekend, even with the wet roads.  Deb was a trooper pillion.  I do think I’ll keep her. 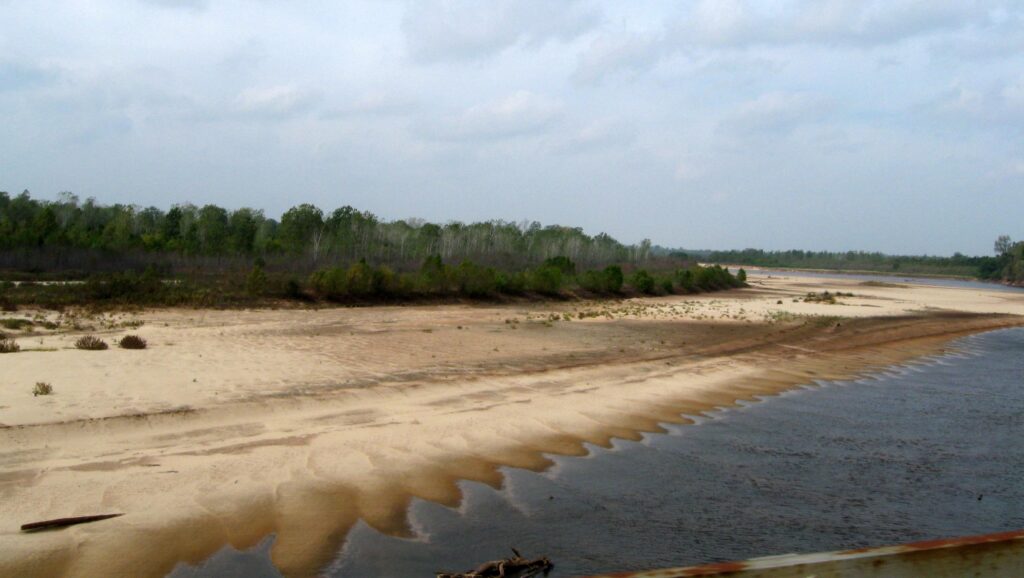 The Red River. We’re back in Tejas… 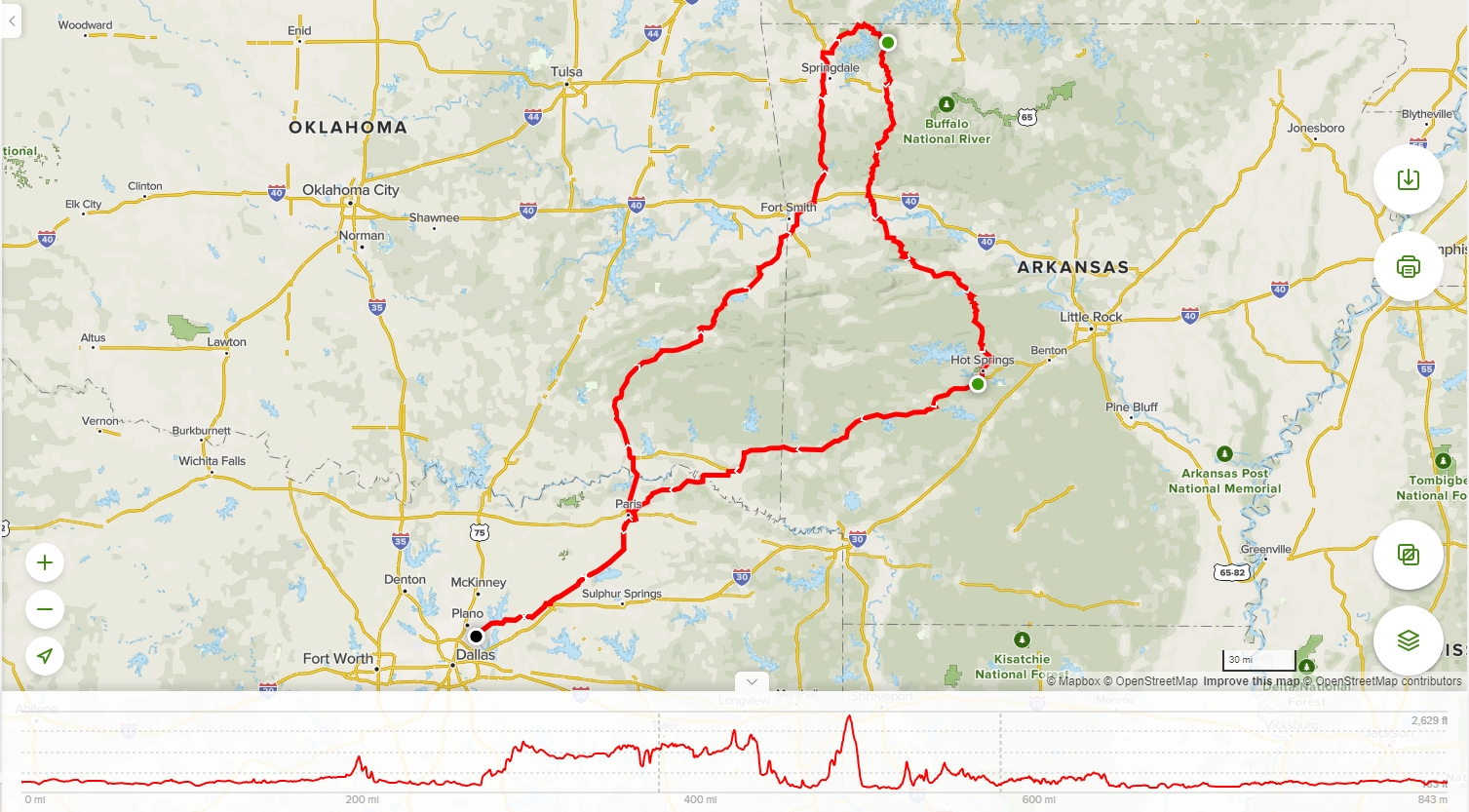