Patt put the word out to the club several weeks back for a call to volunteer to escort the Wish 100 bicycle rally, for the Make a Wish Foundation .  Make a Wish helps children with life-threatening medical conditions experience their dreams.  At the volunteer meeting on Thursday, I found out later that Rick from our club was also going to help out, leading the 45-mile route.  Bikin’ Mike, event organizer, gave us our instructions for Saturday’s ride, and I quickly learned of all of the prep work that goes into an event like this, with a small city of volunteers required to make it all happen.

It was an early rise to get to the rally start, on the beautiful and expansive Frito-Lay campus in Plano.  The riders started pouring in shortly before the sun rose, performed their ritualistic tire airing and pre-ride checks, and began lining up for the 8:00 start. 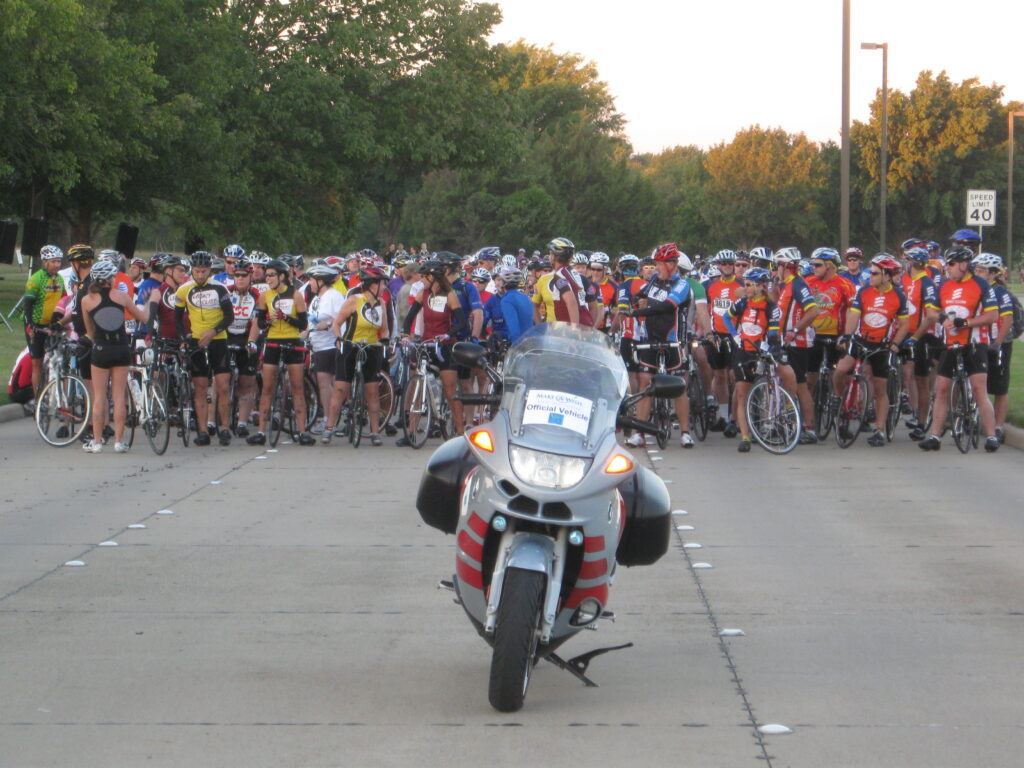 The start of the ride was a bit nerve-wracking, knowing 2,500 bicyclist were behind me, and only one police officer in front of me for the first few intersections without any others.

When we left Plano and entered Allen, my police escort Suburban disappeared, and it was only me in front of my break-away riders.  As we progressed through the route, more officers were ready ahead of my Fiamm horn honks to close down the cross-traffic to let the cyclist through.

I left my 100K route map at home early this morning.  I found a volunteer that had a map to offer me, but when we lined up at 7:30, I discovered it was a 30-mile route.  I had entered turns for the 100K into my GPS a few nights before, but my map set is a bit old and I had to make some decisions on the fly to lead my pack of 15 break riders that had formed ahead of the major pack.

It all worked out OK though, and the ad hoc race pack behind me tried a few times to motor-pace me, but my 130 HP proved a bit too much for them to keep up with.

We worked our way through the suburbs of the North Dallas metroplex, and touched the fringes of the country before we turned back on the course and re-joined the 45-mile route.  My duties were officially done once this happened, but I continued to ride the 100K course at slow speed finding packs of riders ahead of me where I lingered a bit behind with my 4-way flashers warning the cage drivers of the 2-wheelers ahead.

I moved ahead of my original pack of 100K break-away riders, and met Steve, who was to lead them on a loop away from the 45-mile route.  We talked briefly, and my original pack riders showed for him.  He took them through the UTD area, where I first met and raced with Lance Armstrong when he had first entered USCF cycling.

I continued the course, lingering along with the cyclists, until the next 100K loop split away from the 45.  I asked the turn workers if any 62-mile riders had passed through, and they said only one.  I stayed with the officer for a bit in the shade, and soon my original break-away pack of 15 riders showed with only 5 left.  I went ahead and led them through the last loop, and finally saw a moto rider in the middle of the road half-way through the last loop.  We worked together to guide and shut down the intersections down for the lead 100K riders. 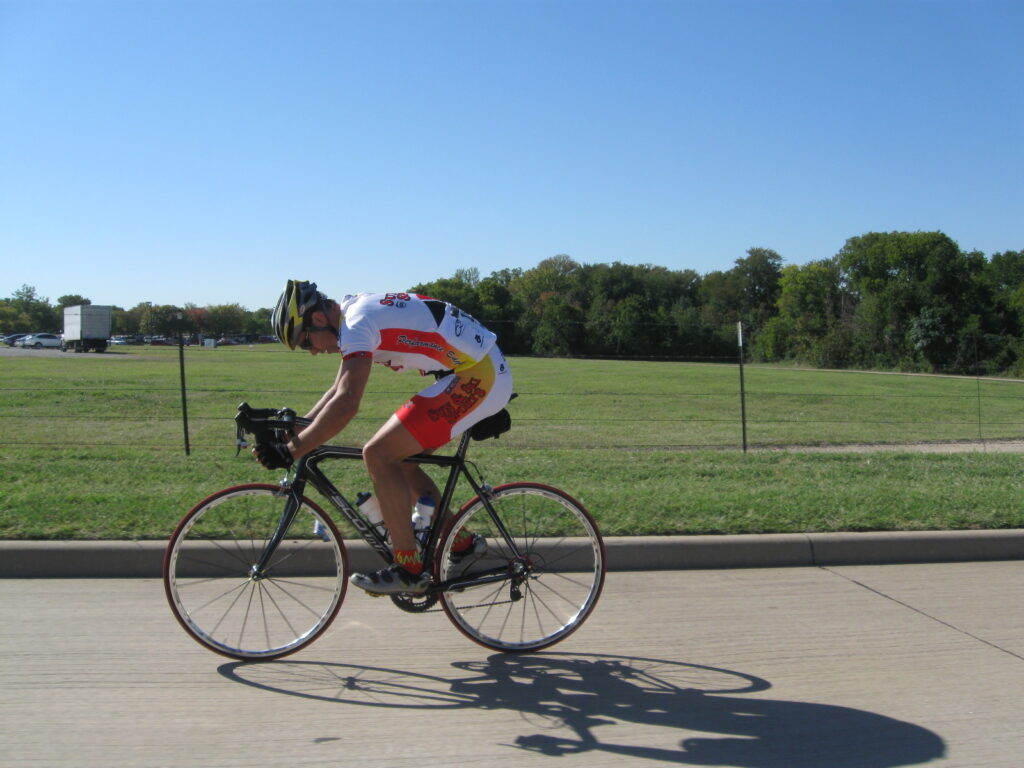 The lead rider of the 100K pack right before the finish.

I met Belinda at the finish of the ride.  She was the moto rider halfway through the last loop, who told me she was waiting for the 100K riders at her assigned post, only to lead one rider through who turned out to just be a cyclist out for a Saturday ride, and not part of the rally.  Oh well… 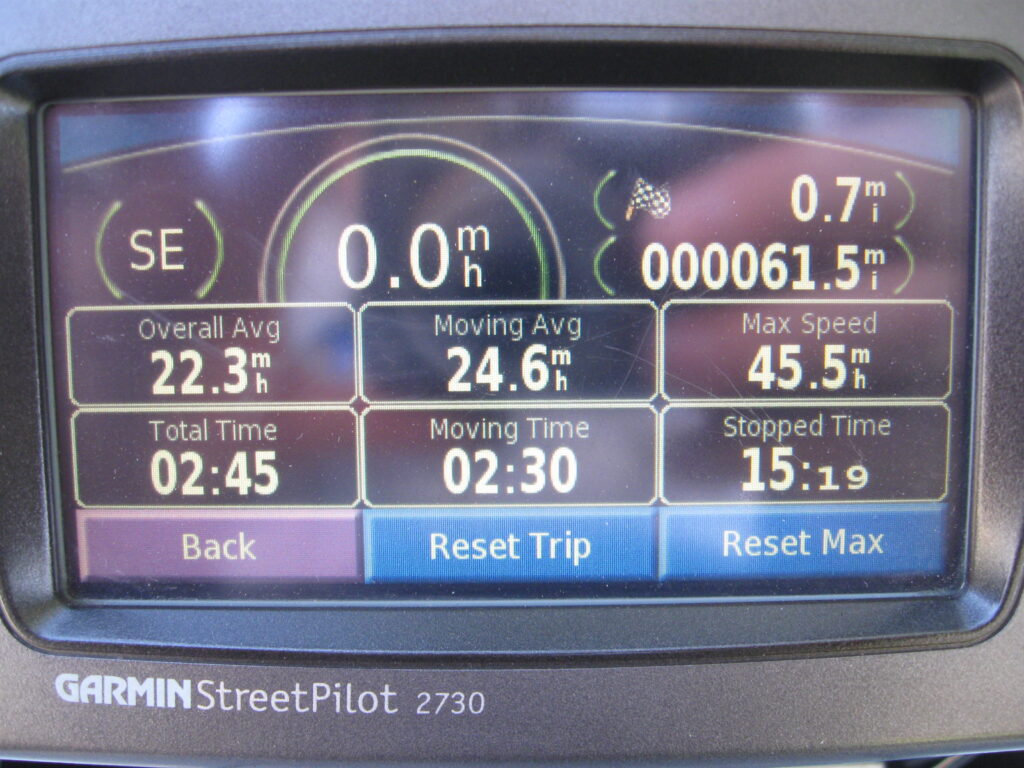 The boys did pretty well, averaging almost 25 mph for their Saturday morning high-paced ride.  I have seen this movie many times before during my bicycling days, where a pack of high-strung cyclists would work together to set a good pace during an organized ride.  This was a different experience for me as an escort for a bicycle rally, instead of a rider.  Beauty day to do it, as well. 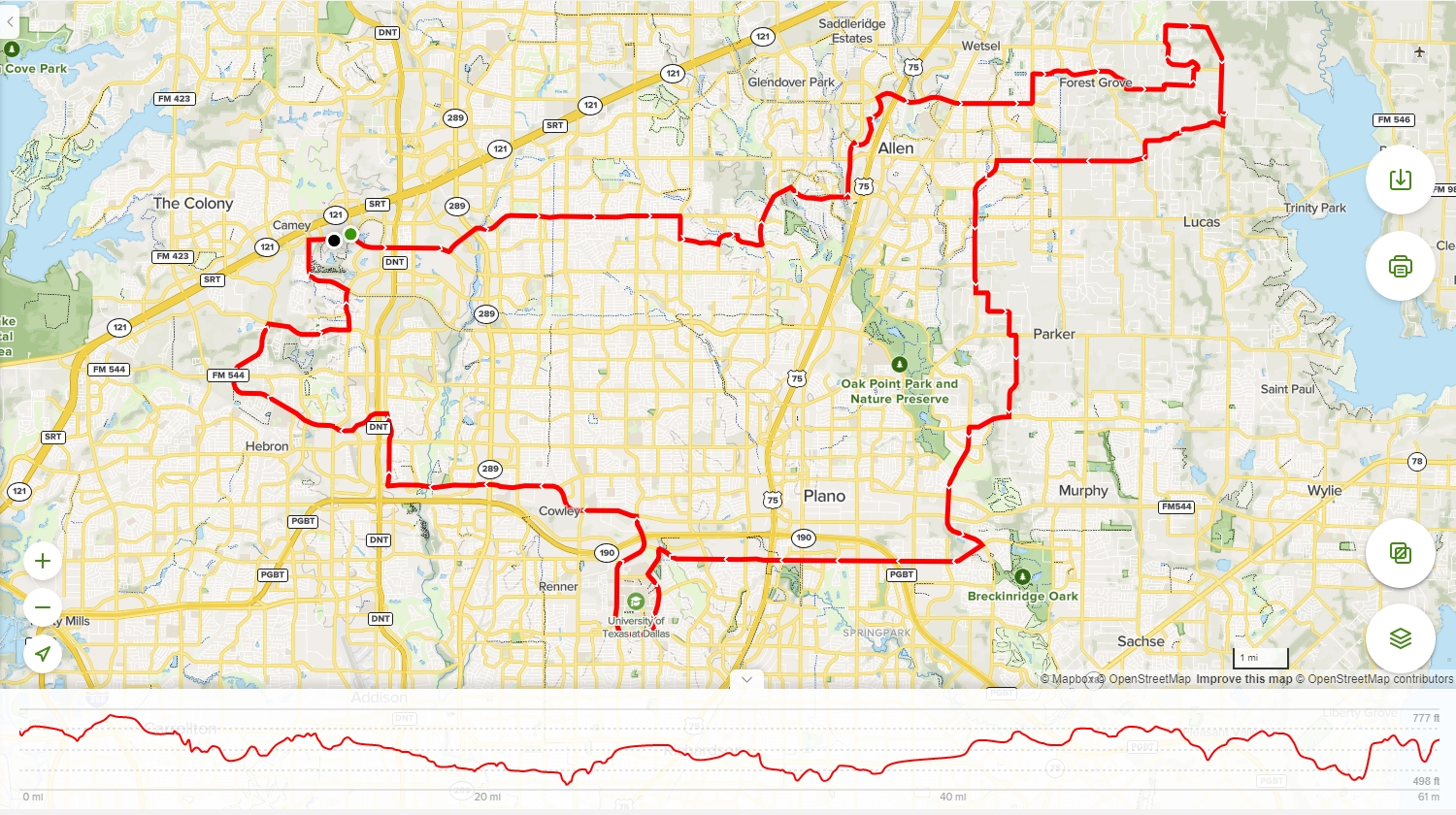