The Hill Country, Kara and the DAM Band

Work’s a grind…  When will the madness end?  Multiple go-lives at the same time is stretching our brains and body to the max.  The ride helps, even if it is only a short one, but there was not much time to plan or pack.  I was thinking of going down to Big Bend, but the lack of time to map out a relatively long ride made me reconsider.  The Hill Country is good.  Not far, but excellent roads and scenery.  OK, that’s it.

Late Thursday night I threw some things in the bags, and made sure all of my gear was ready for a 6:00 AM departure.

The ride out of the metromess was uneventful (thank goodness).  I took my time getting down through Fredericksburg and stopped by Luckenbach.  It was quiet.  The cats were laid out in the sun and on the guest book.  Guitar-picking singers were at the back as usual.  I settled in to enjoy the crisp temperature and sunny skies. 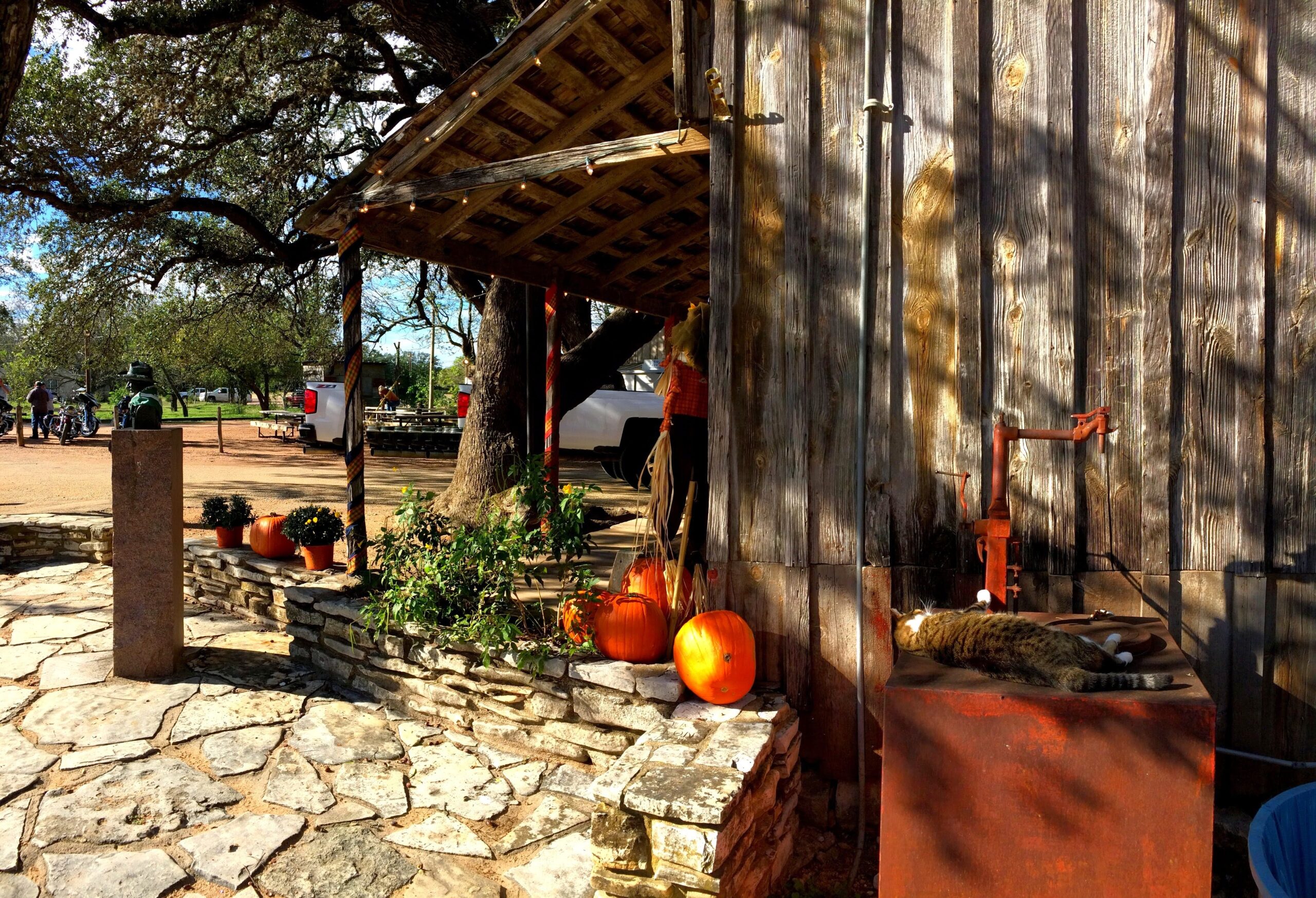 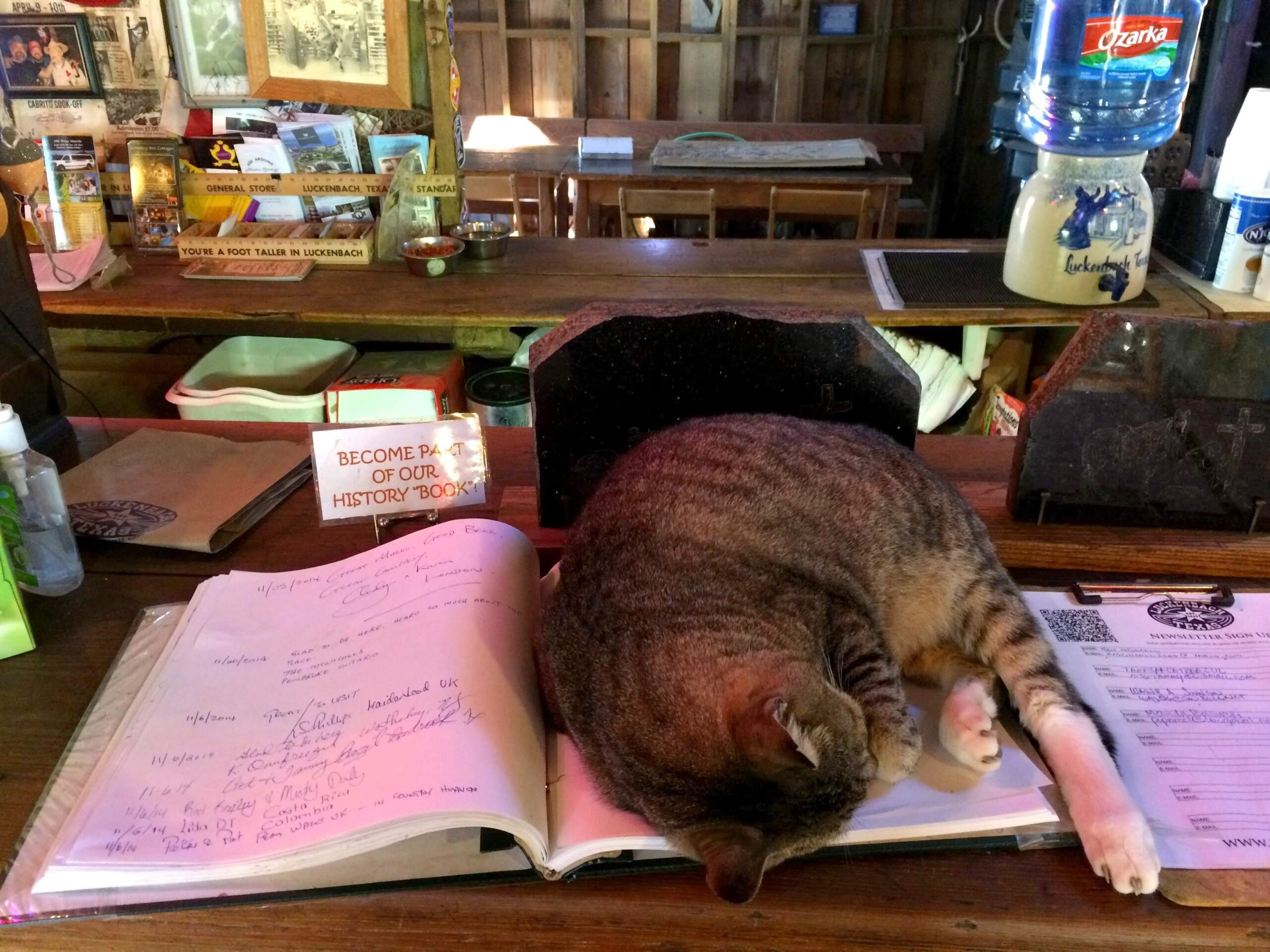 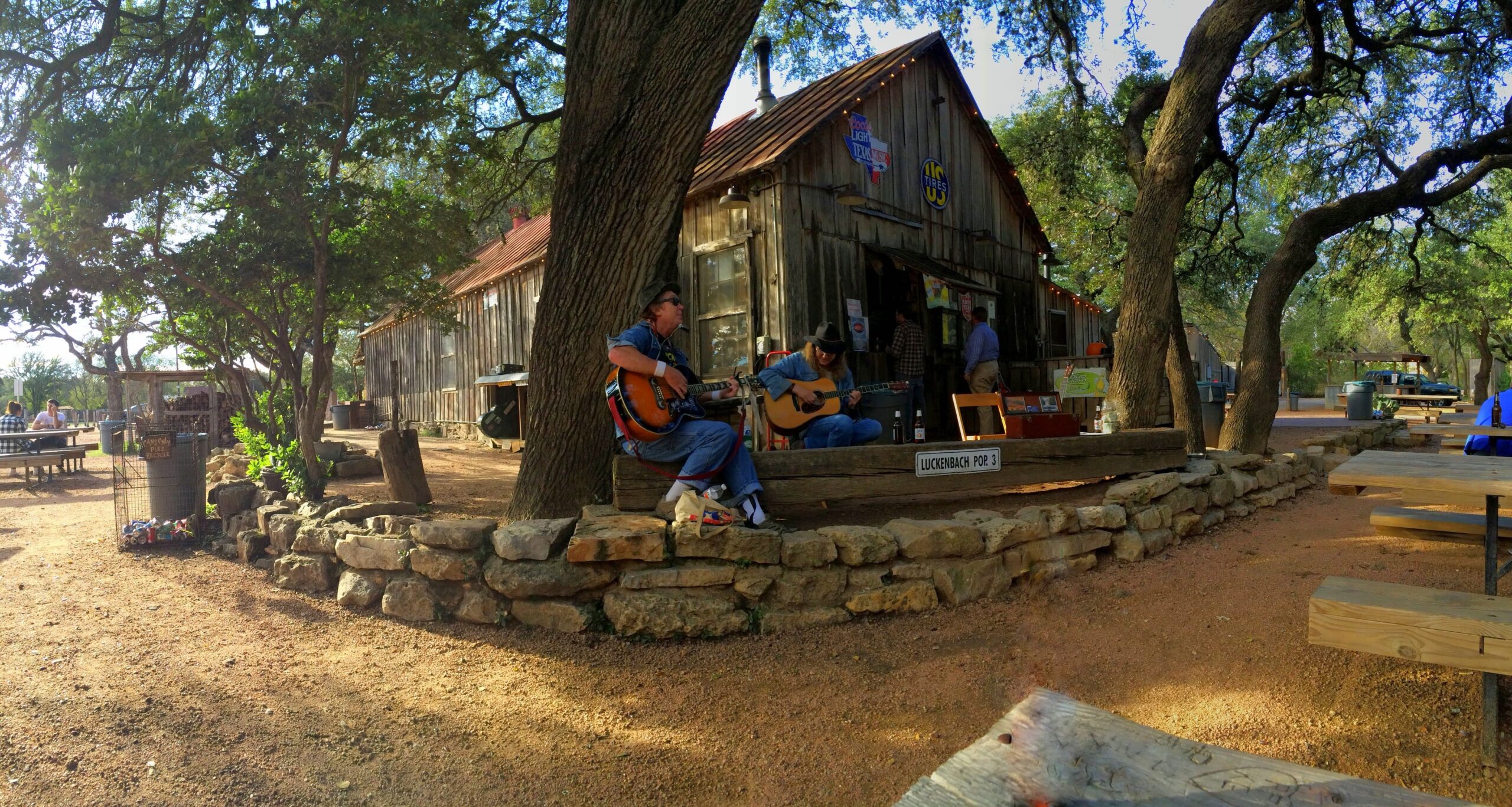 Travelers and locals drifted out back and sat down at the benches.  The music was nice under the ages-old oak trees.  I sipped on my Lone Star beer and started forgetting about how busy work was.  The ride medicine was working again.

I did not have to rush, but decided to work my way down to Kerrville for my my overnight stay at The Inn of the Hills.  I did take the long way down over some familiar back roads. 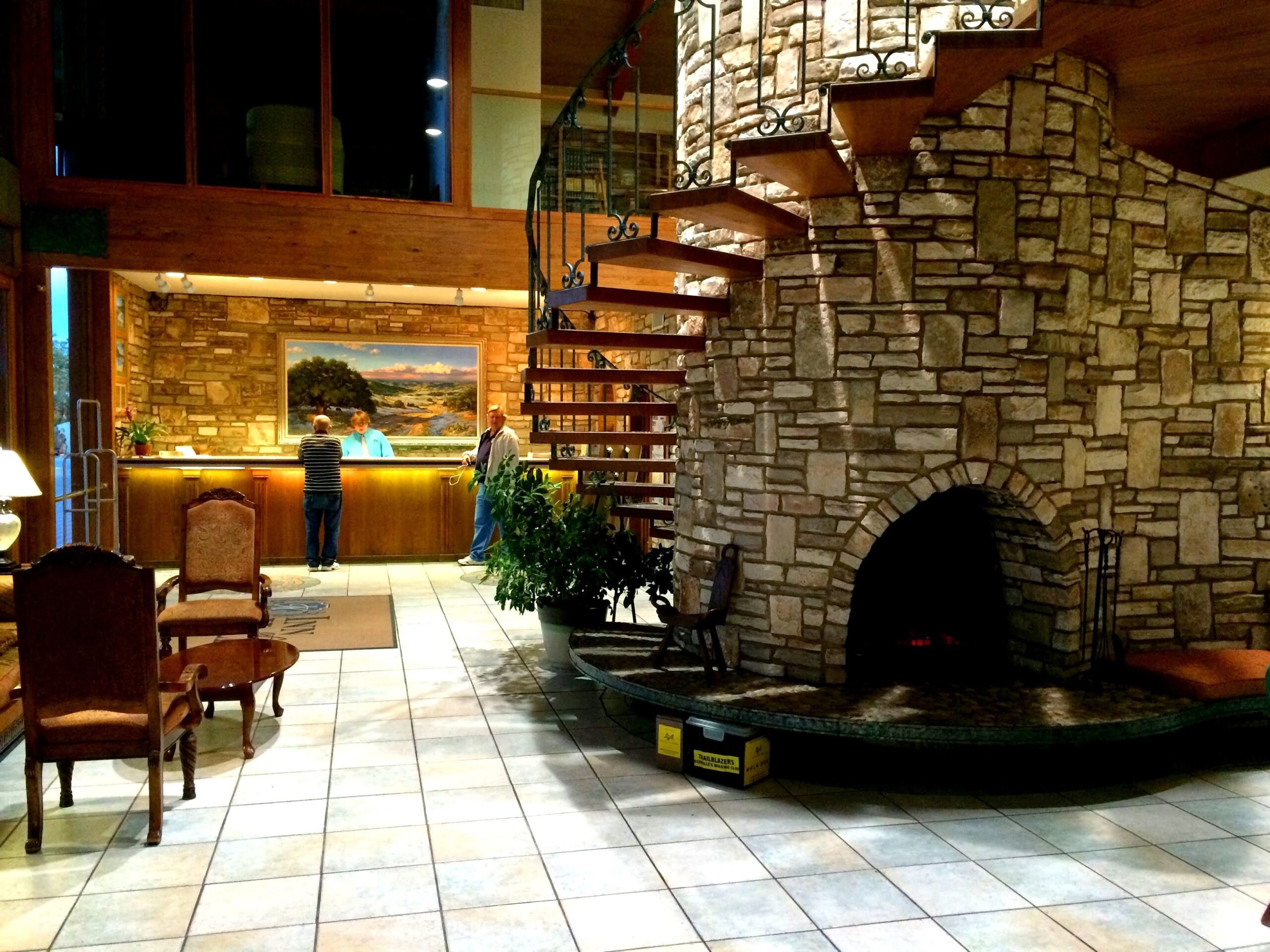 I had dinner at Mamacita’s and thoroughly enjoyed the tacos al carbon and margarita.

I walked back to the inn and asked about live music.  There was not much going on this night.  I walked up the river to the Guadalupe River Club, where the sign out front said Tara and the DAM Band was playing.  I sat out on the deck above the water and enjoyed a brew while Kara was watching her band set up for the evening.  These guys were rolling out all sorts of electronic gear with wireless-controlled sound boards and really large amps/speakers.  Once the band started warming up, I decided to stay the night.  There’s a nice collection of talent in this band. 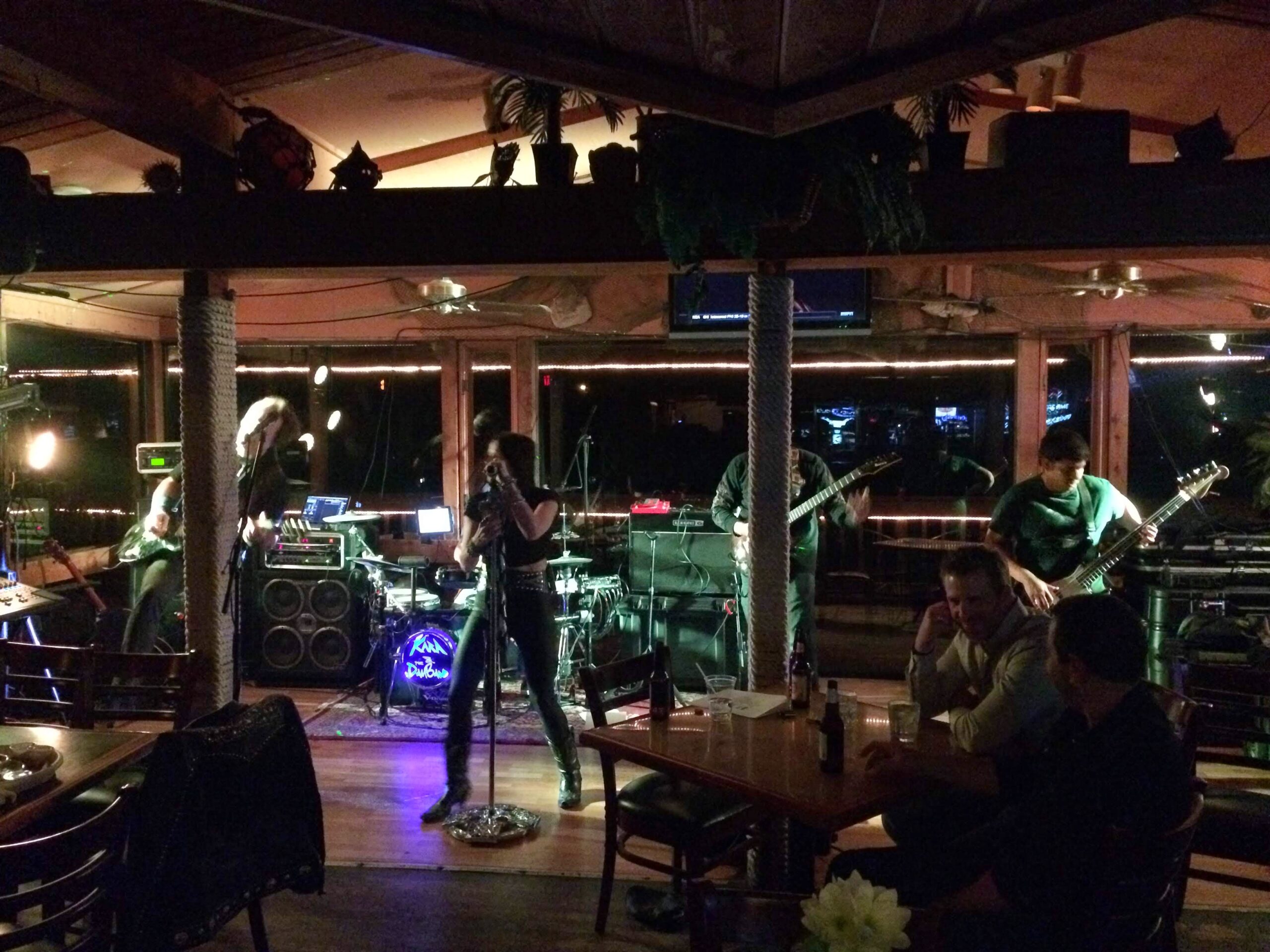 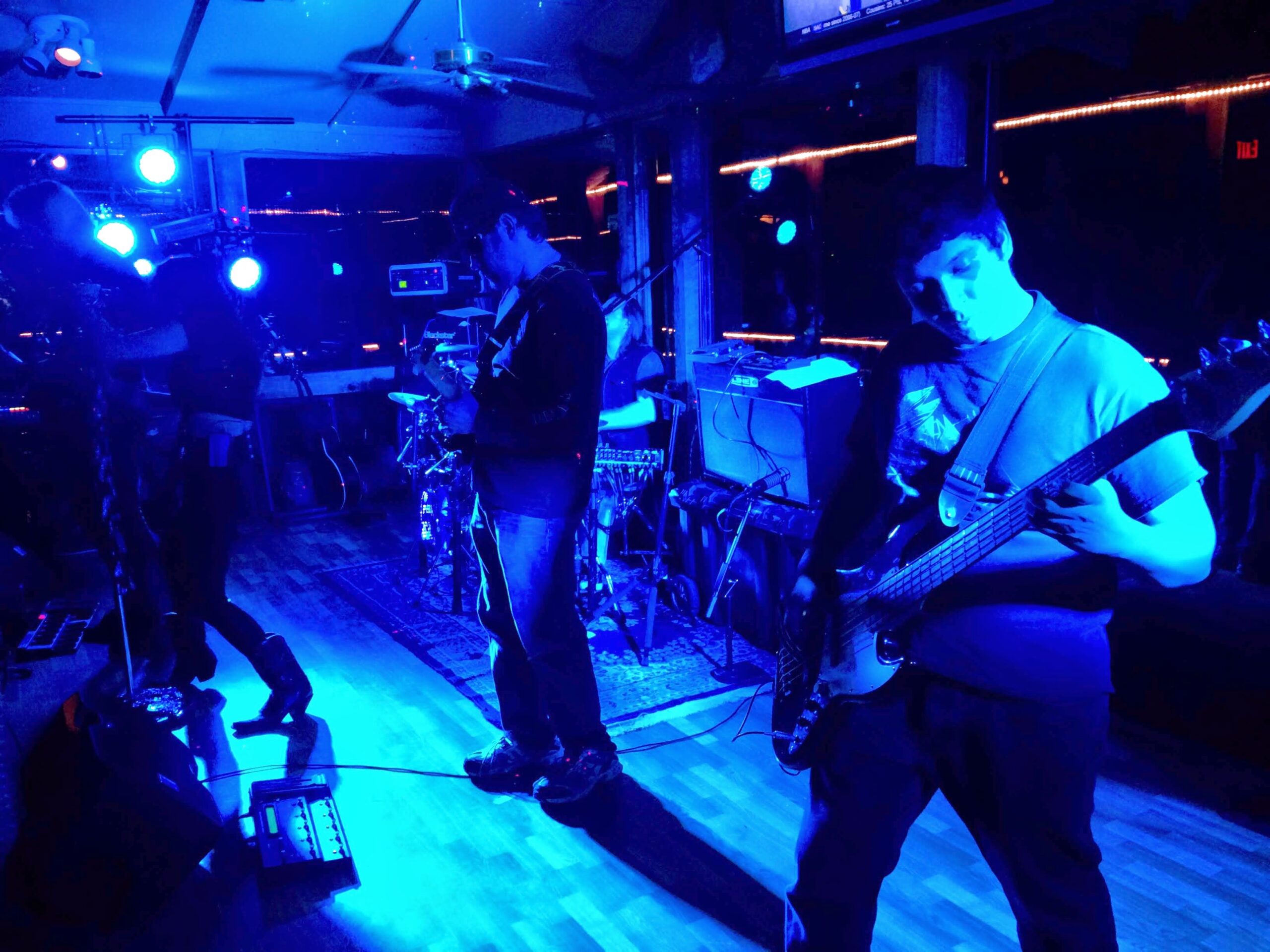 Kara has a great voice and is a theatrical performer.  She moved all around the club and kept the attention of the audience.  I think she must have studied Pat Benatar as her style is very much the same.  I enjoyed the band’s cover songs and Kara’s originals.  It was fun experiencing the live music right next to my table.  I talked with her after the end of the show and asked her where the band name came from.  She and her producer were wrestling with this, and he said the name needed to be something Dramatic, Amazing and Mesmerizing.  There it was… Kara and the DAM Band.

Oh, and Kara, I told you I’d put the sticker on my moto… 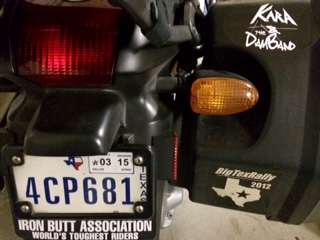 I walked back to my room in the chilly early-morning air.  I slept well.

There was no reason to get up early.  A nice hearty breakfast was in order before I headed out to ride the Three Sisters, a twisty roller coaster collection of ranch roads southwest of Kerrville. 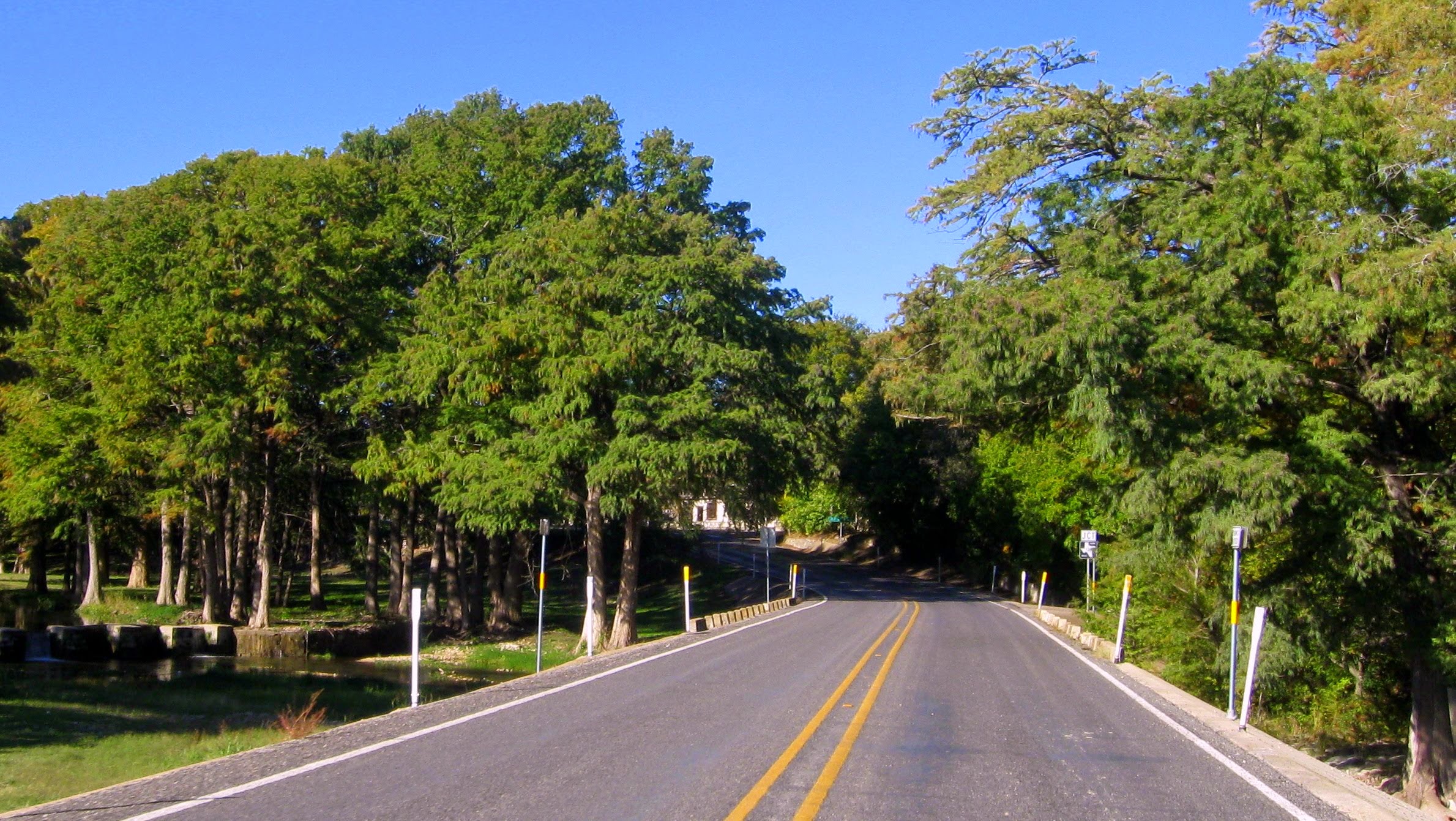 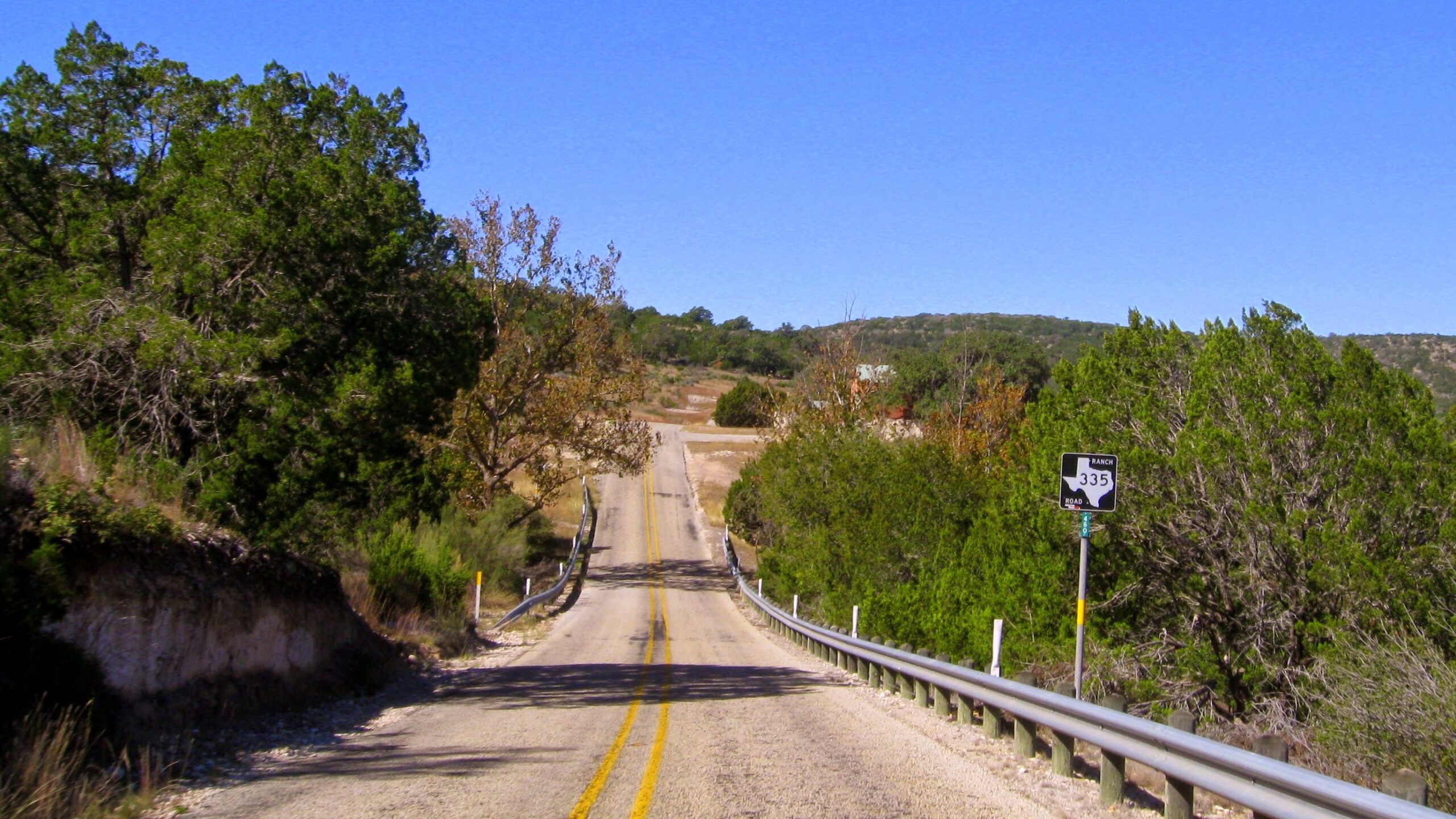 I rode along the Guadalupe River through Hunt.  There was very little traffic.  Usually these roads are packed with more motorcycles than cars and trucks.  That was OK with me.  Once I headed down 336, I kept my mind focused on the challenging road but still found moments to enjoy the hilly scenery.  The ride west on 337 was really nice with the sun behind me illuminating the golden fall grasses on the roadside.  By the time I reached Leakey, the roads were filled as typical with all sorts of motorcycles.  I turned up 335 and twisted my way towards Junction.  I decided to make the long haul all the way home to sleep in my own bed with my lovely wife. 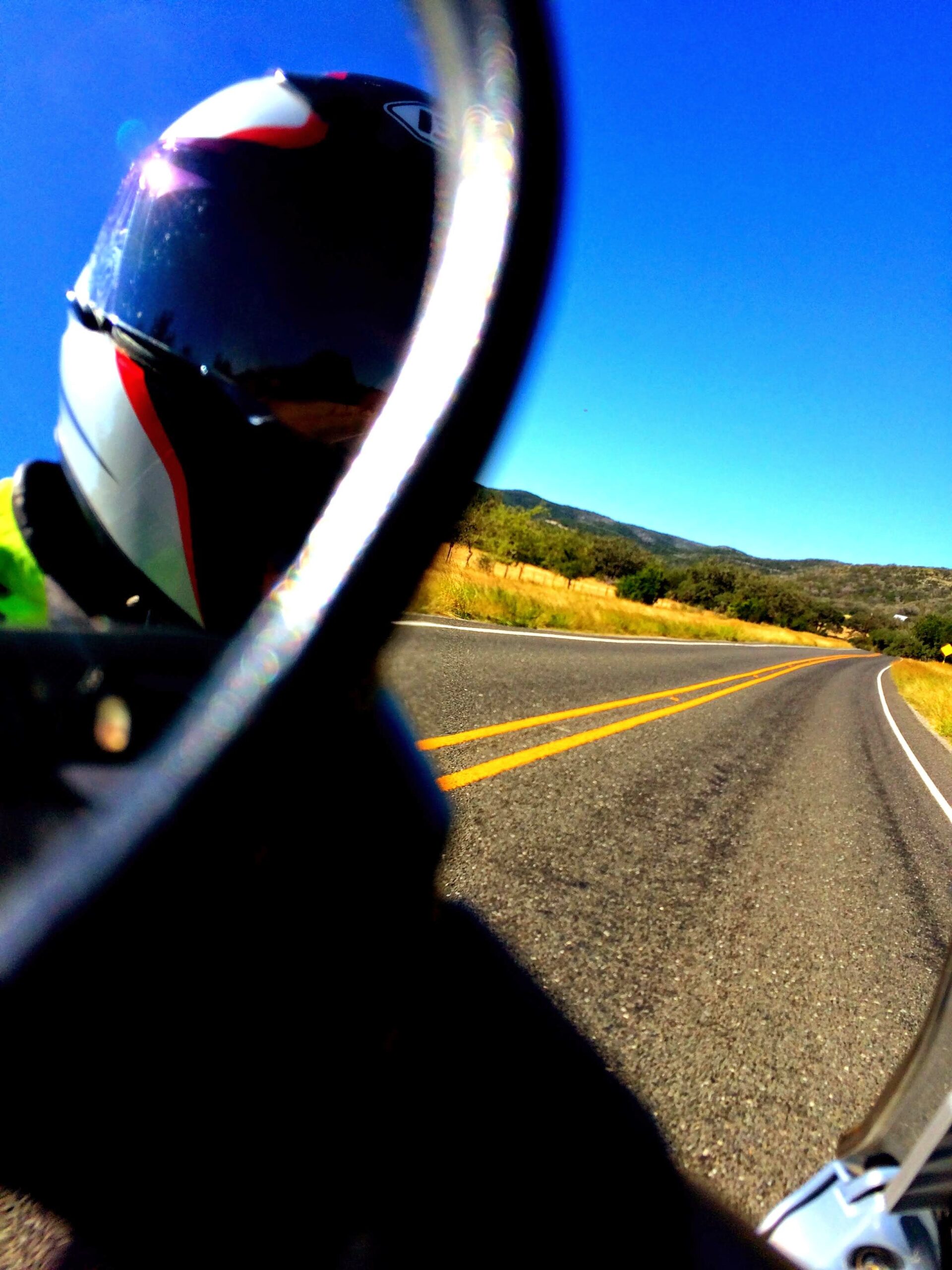