The weather is lousy for riding motorcycles right now, so we might as well find some place to go stare at motorcycles.  The IMS is in Dallas this weekend.  The show is getting smaller and less elaborate each year, likely an indication of the state of economy.  BMW has been absent from the IMS for at least a couple of years, and that is disappointing.  And the Ducati booth is really small in comparison to the last couple of years, but at least they are at the show.  It’s still entertaining, and yet another place to run into my riding partners from the Lone Star BMW Riders. 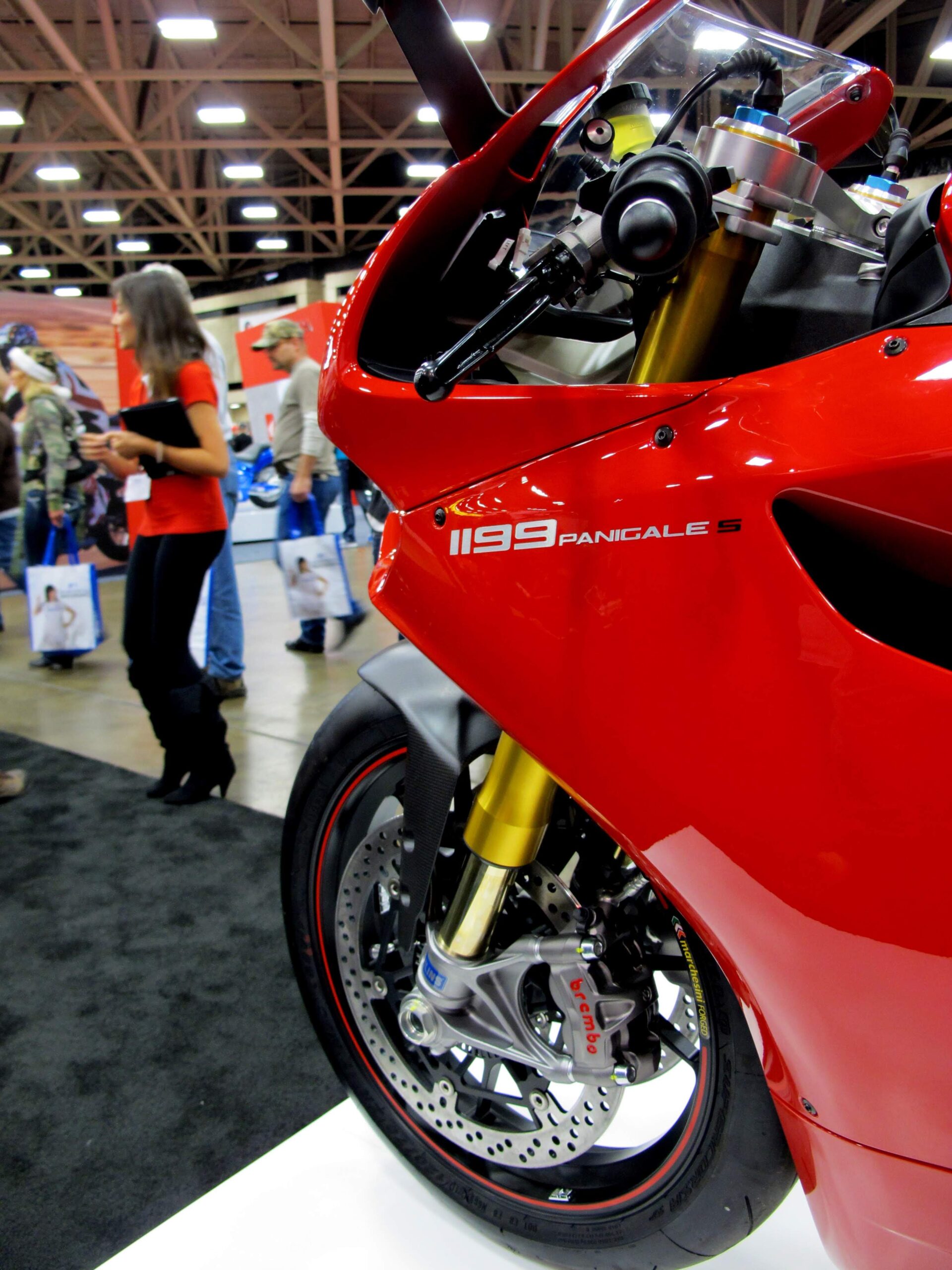 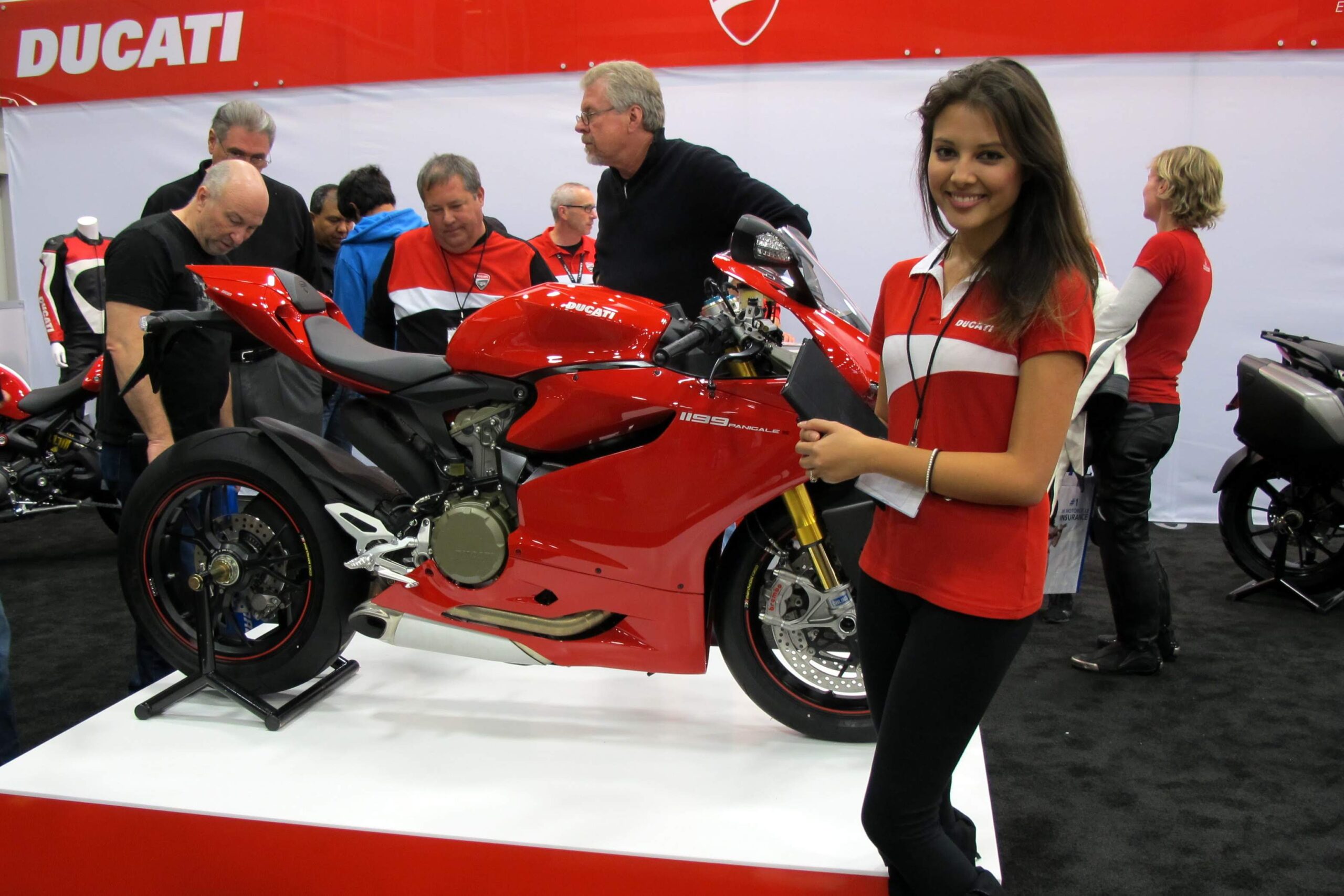 The much smaller Ducati booth, but the bikes and the booth staff still look good. 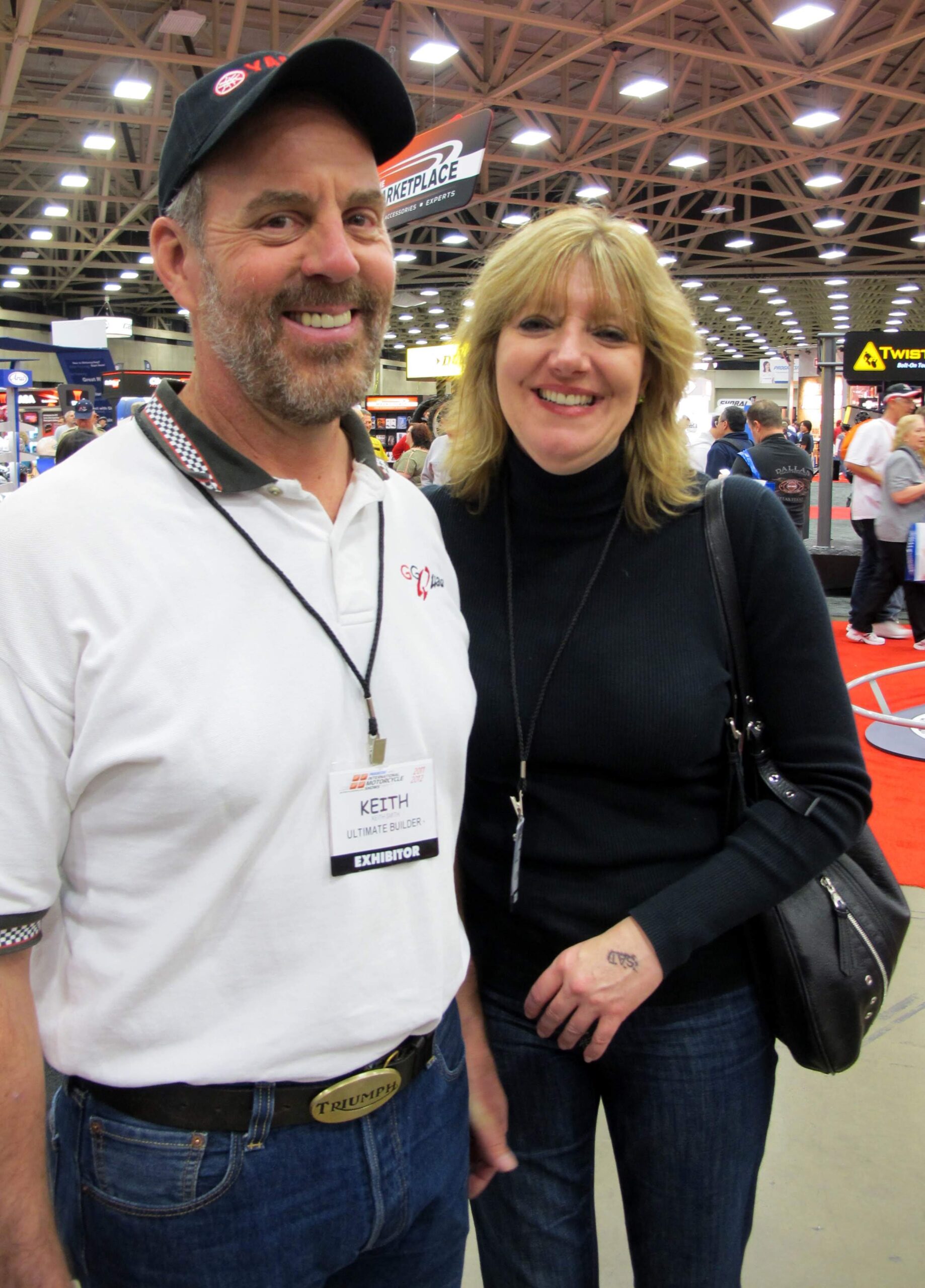 Keith is an exhibitor this year with his Quad on display.  Wendy is doing a good job in support. 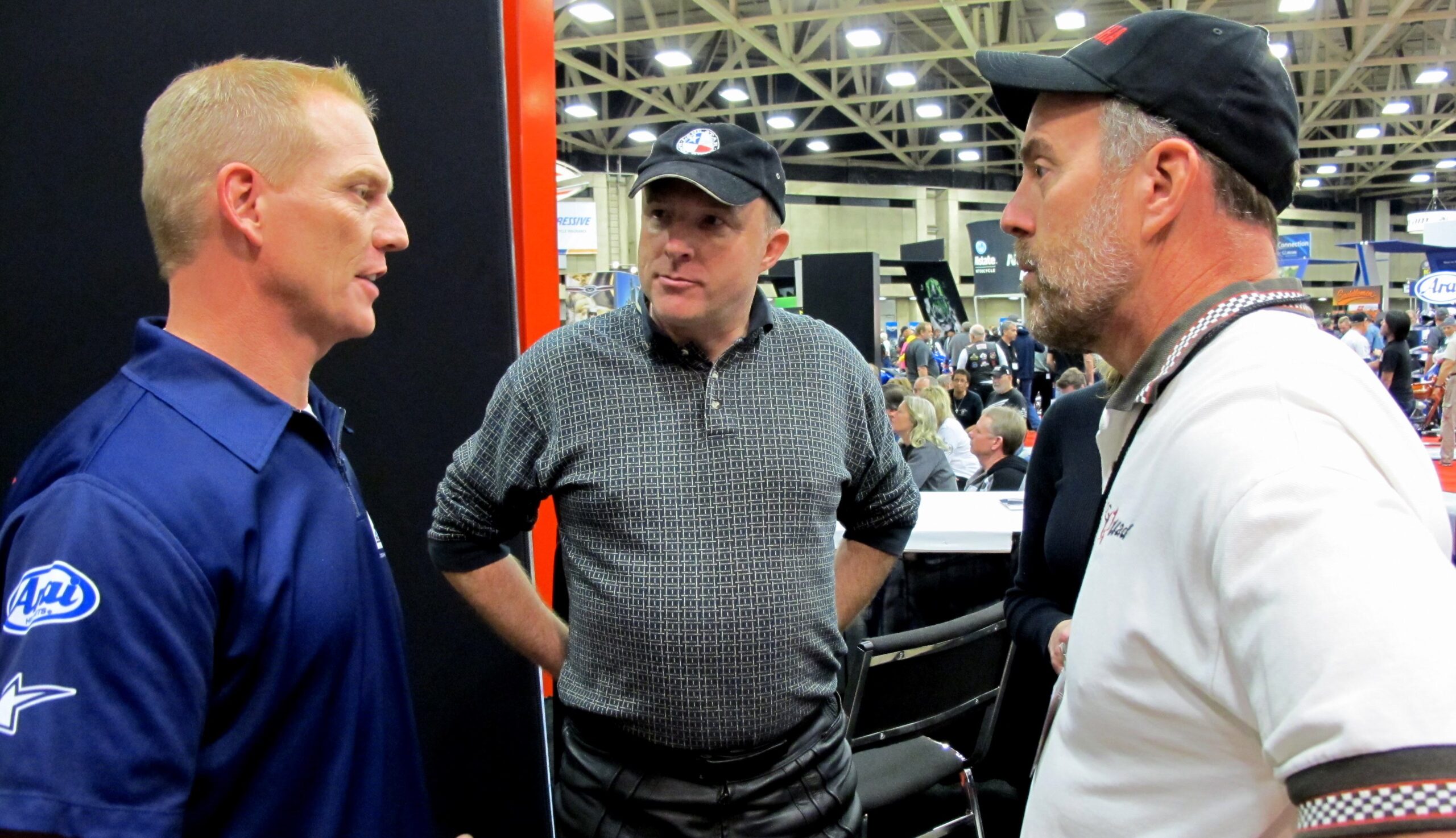 Keith was like a groupie while taking to Mr. Daytona, Scott Russell 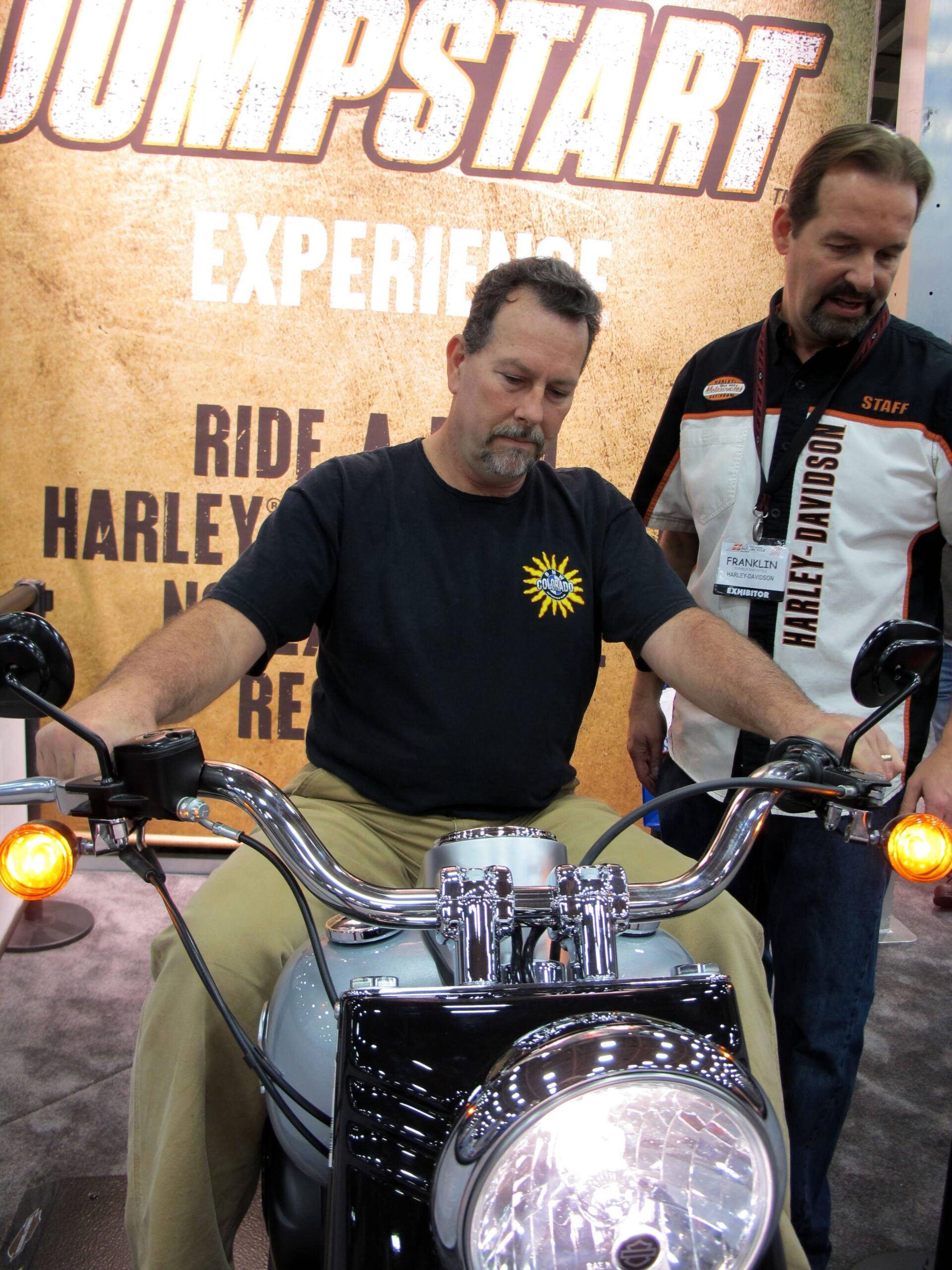 Fred, trying out a Harley ride on the dyno. 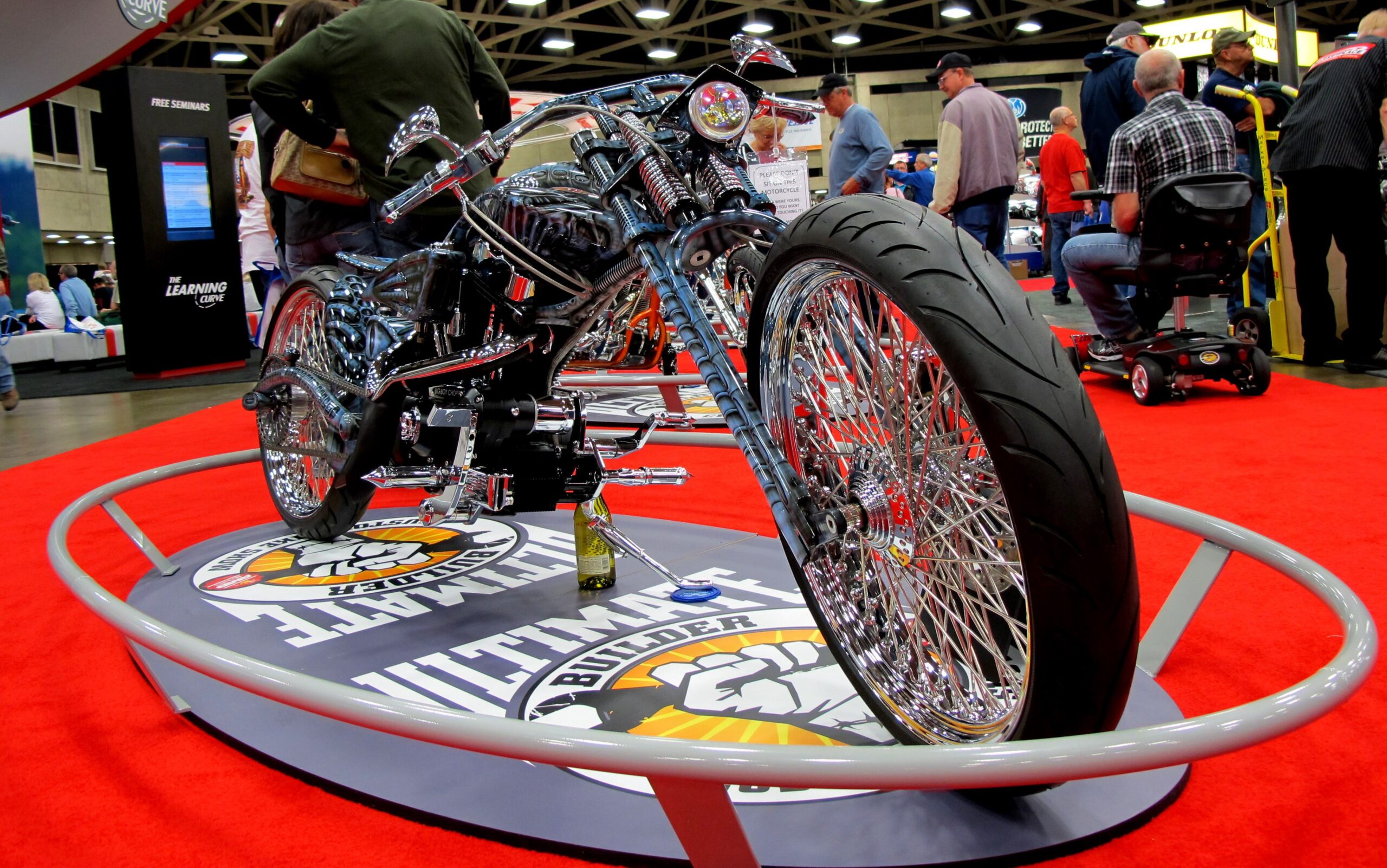 Lots of custom bikes on display. 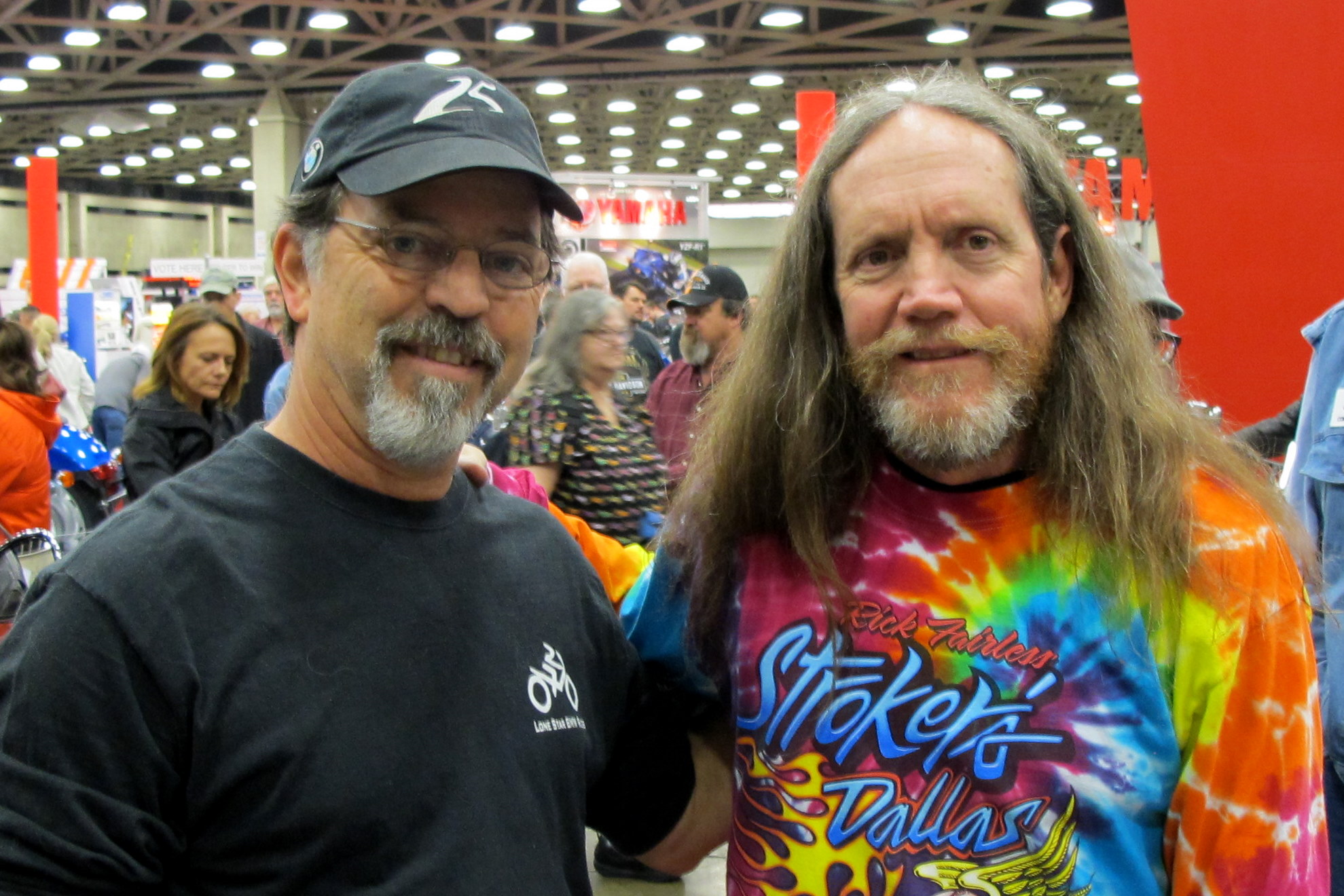 Maybe Rick Fairless can do a custom build around my K12RS.