Saturday was a bit busy, with finishing up my braided steel brake lines for the Canada trip, and the USA World Cup round of 16 game in the afternoon.  So I did not get to join up with the club Full Moon Ride, but I did get to see a beautiful full moon rise as Deb and I were leaving the shopping center.  I picked up a message from Bo later that evening with just the subject “Ride!” and a start time and place for Sunday.  OK, I’m in.  It would be a good shake down cruise for Katrina after I had the brakes totally non-functional with the line replacements and messing with bleeding the integral control system. 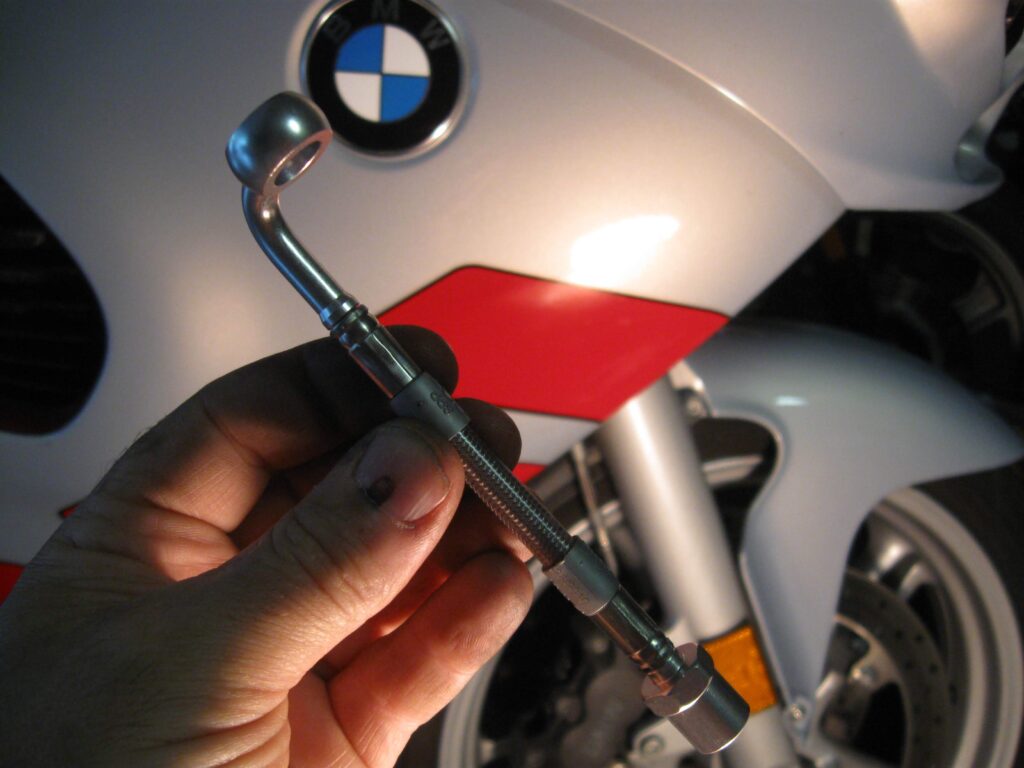 The last Spiegler line to install on Katrina…

We had a visitor from Australia over the weekend, Trevor, who was here on business and wanted to get in some riding while in Texas.  Some of the club riders offered up some gear for him, and he located a bike to rent for the weekend. 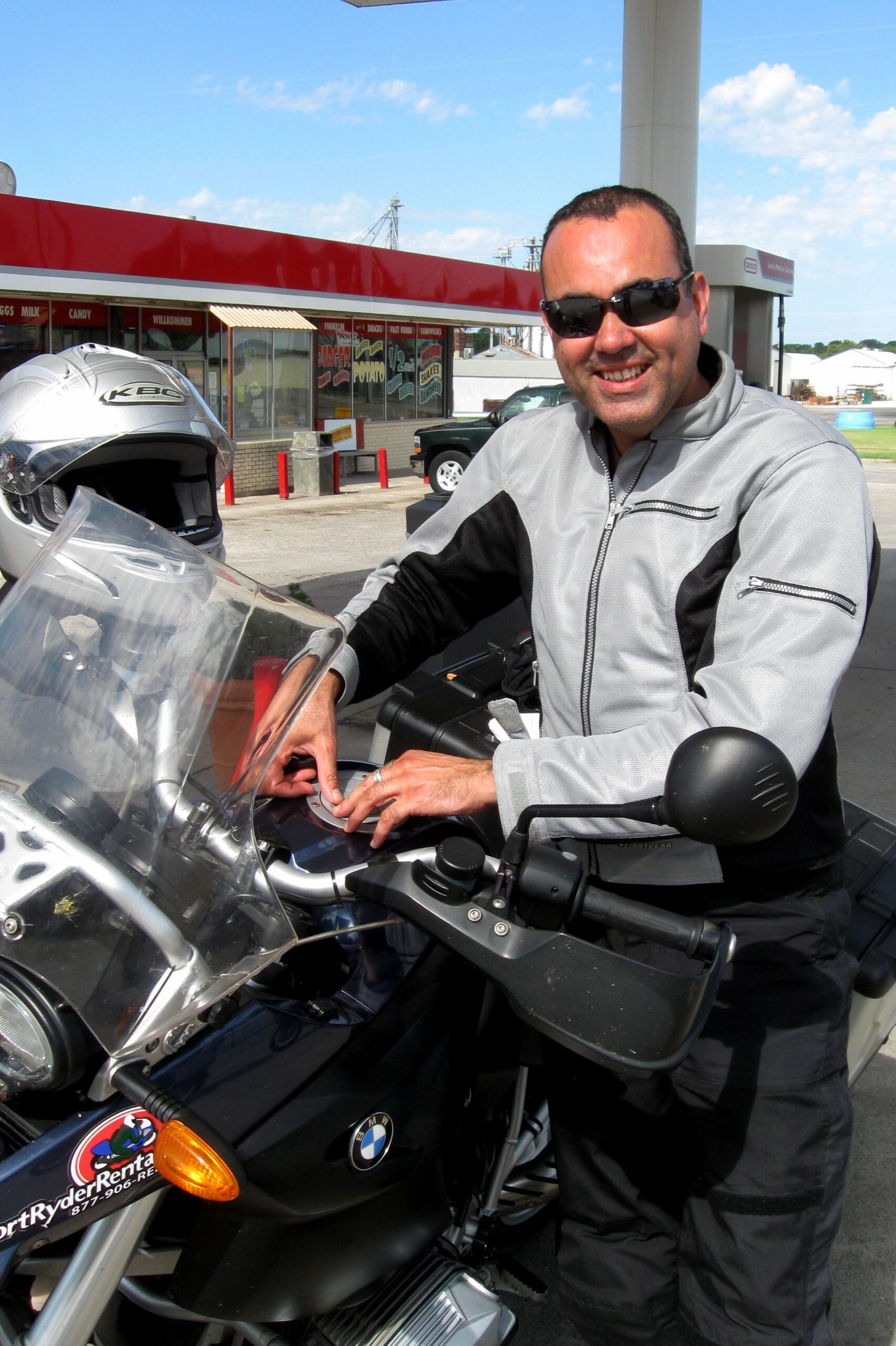 Trevor from down under 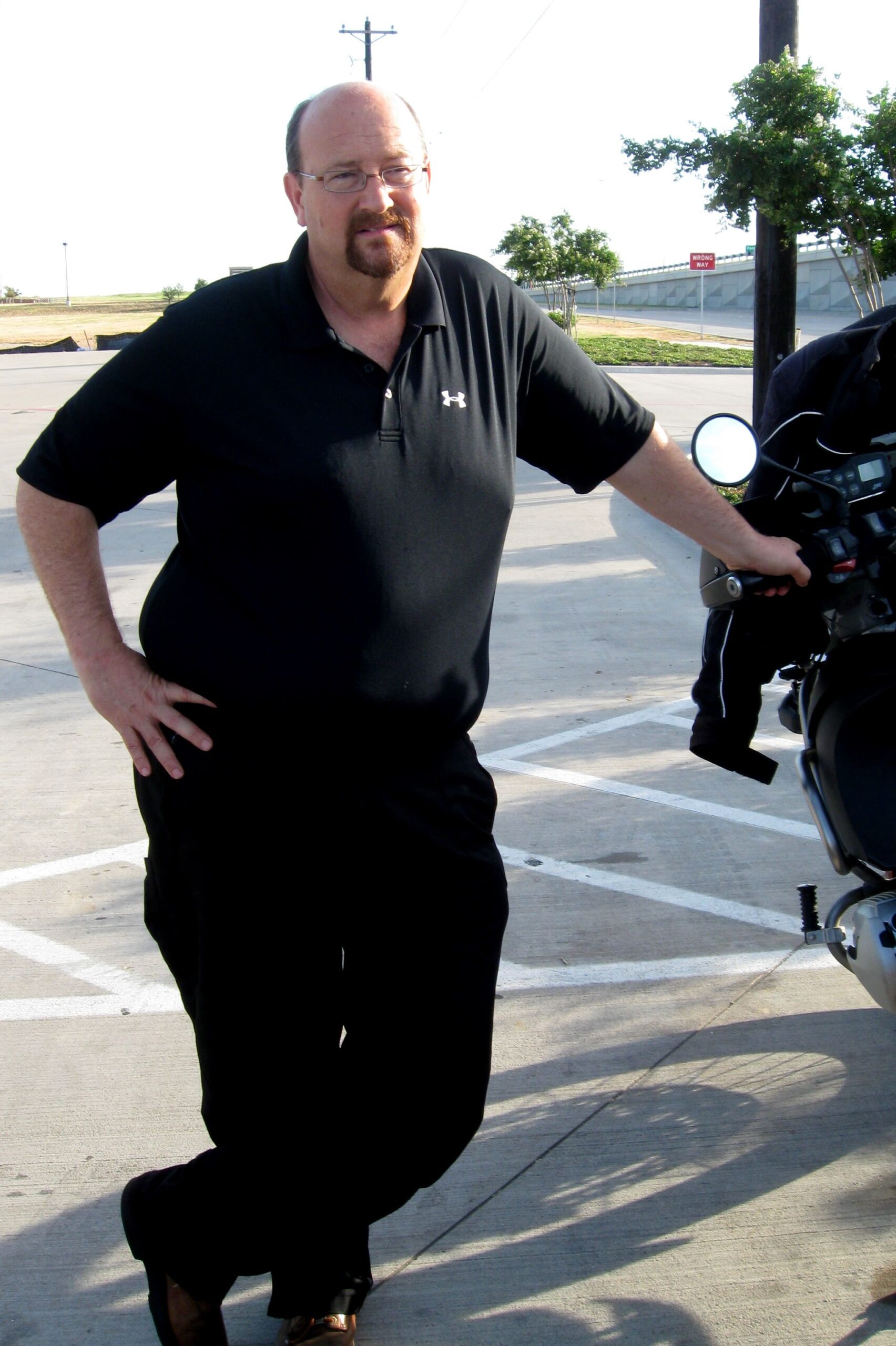 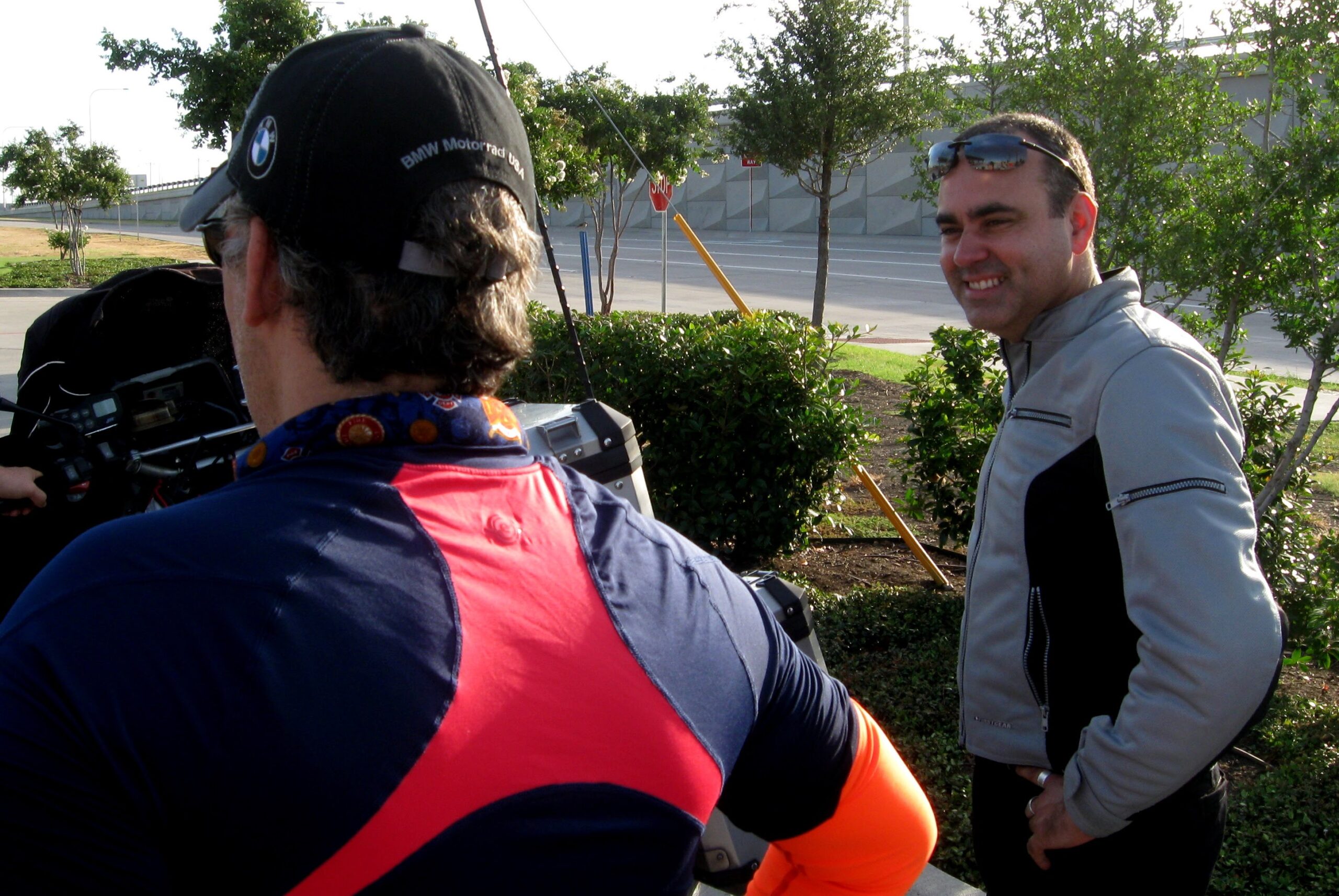 Bo’s non-descript invitation for riding raised a couple of questions from some of the club, but heck I did not care.  Just point the bike somewhere and enjoy it.  Bo, Armando, Trevor and I wound up heading up through the St. Jo area and close to the Red River, with a stop in Muenster.  It was a nice morning for riding, and a good tour of North Texas for Trevor. 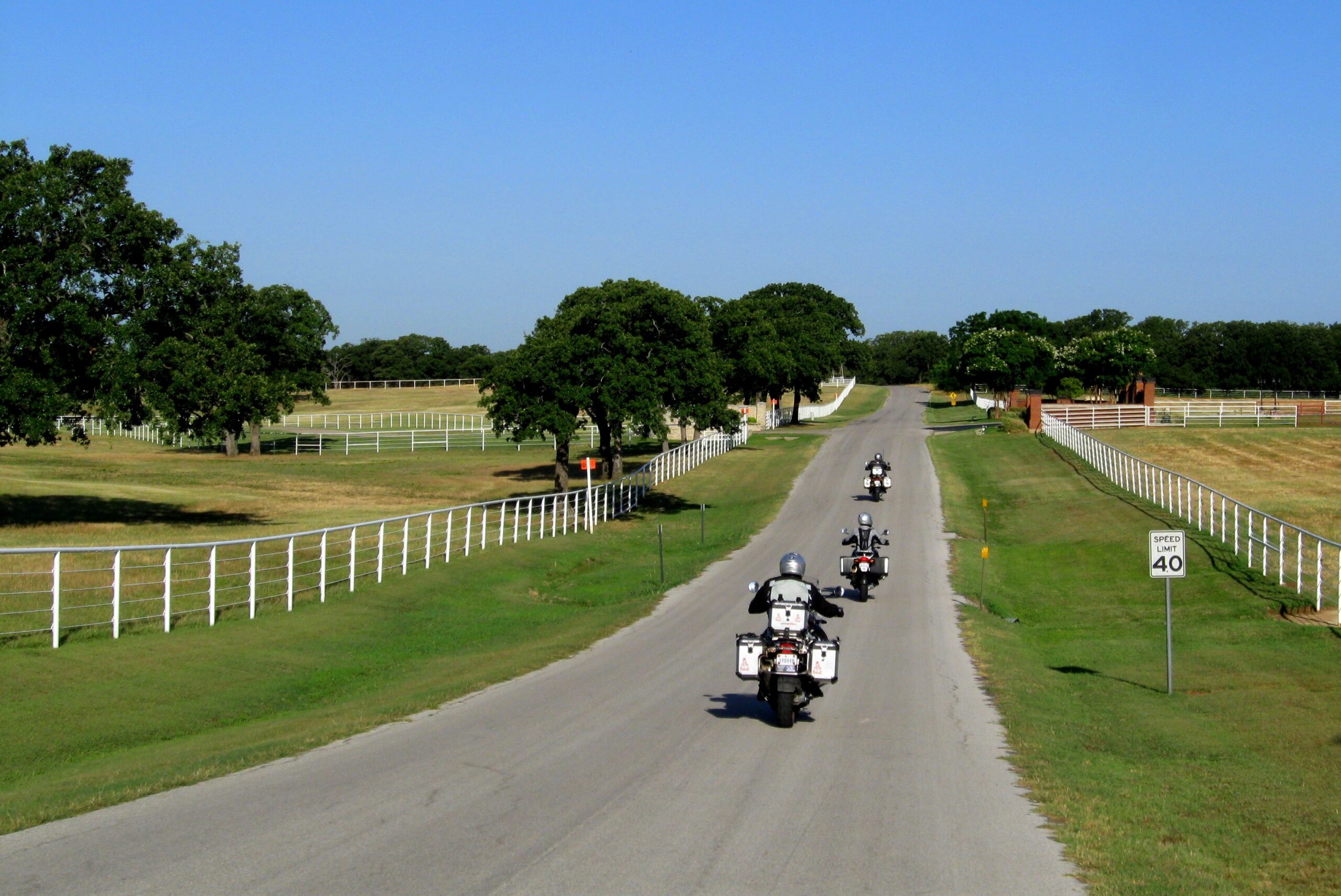 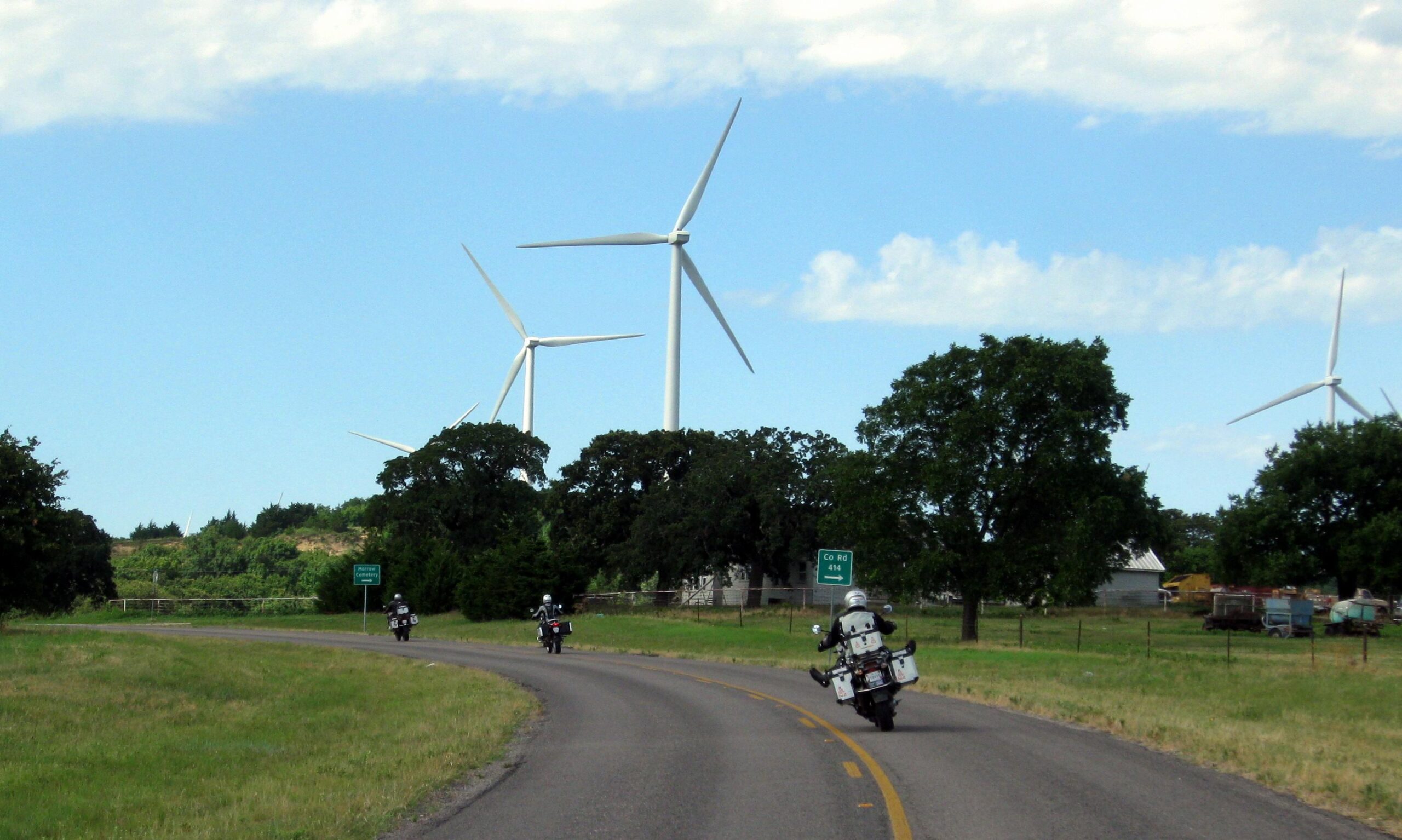 Once we had stopped, I fueled up, and went in to visit with the boys a bit.  I said to Bo, “Well, my brakes are working”, and he replied, “That’s damn good.”  They had earlier joked about me having to ride in the back so when the brake fluid started leaking, it would not get on them, but I said they might want me in front, so when my brakes went south, I would not run them down during a stop. 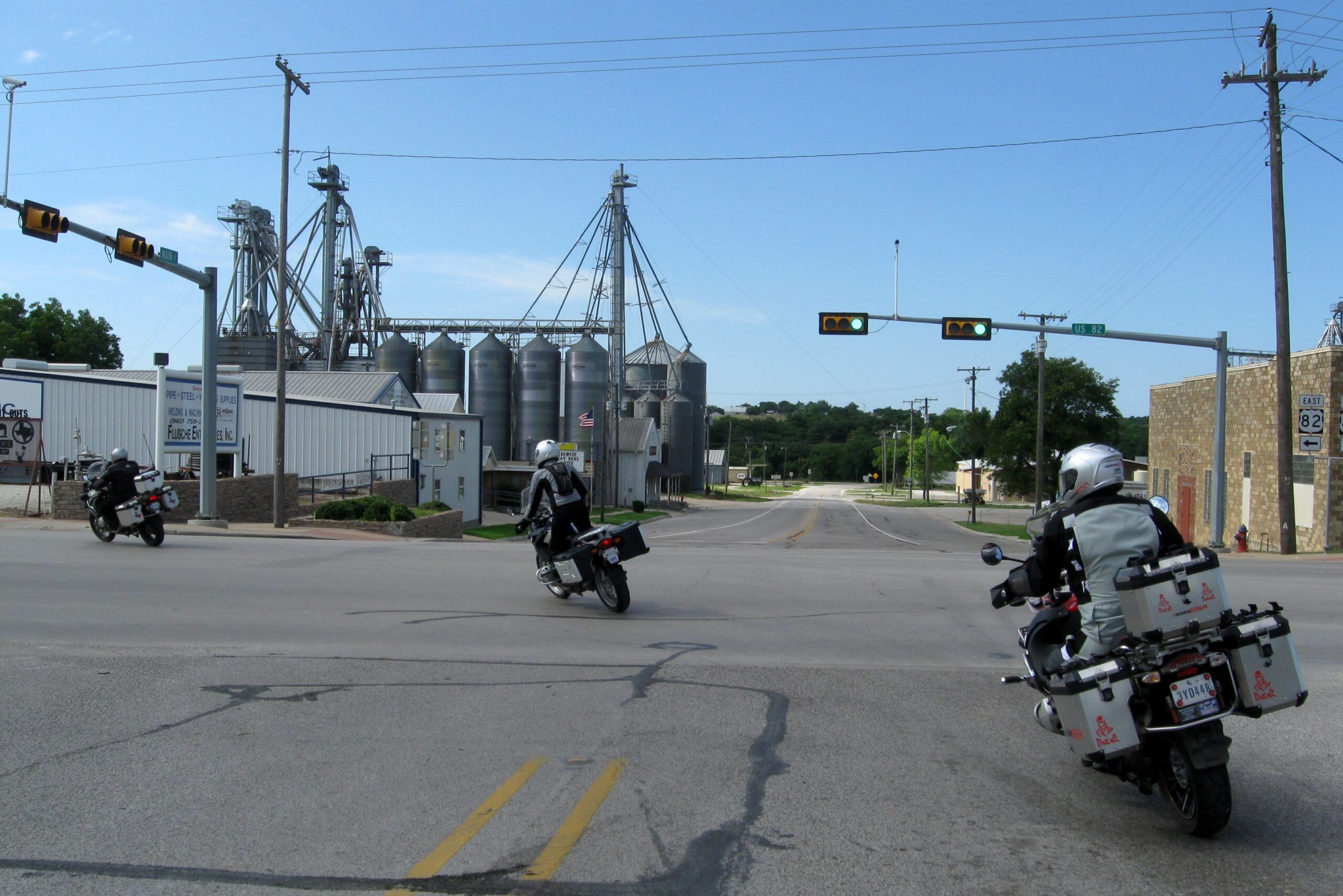 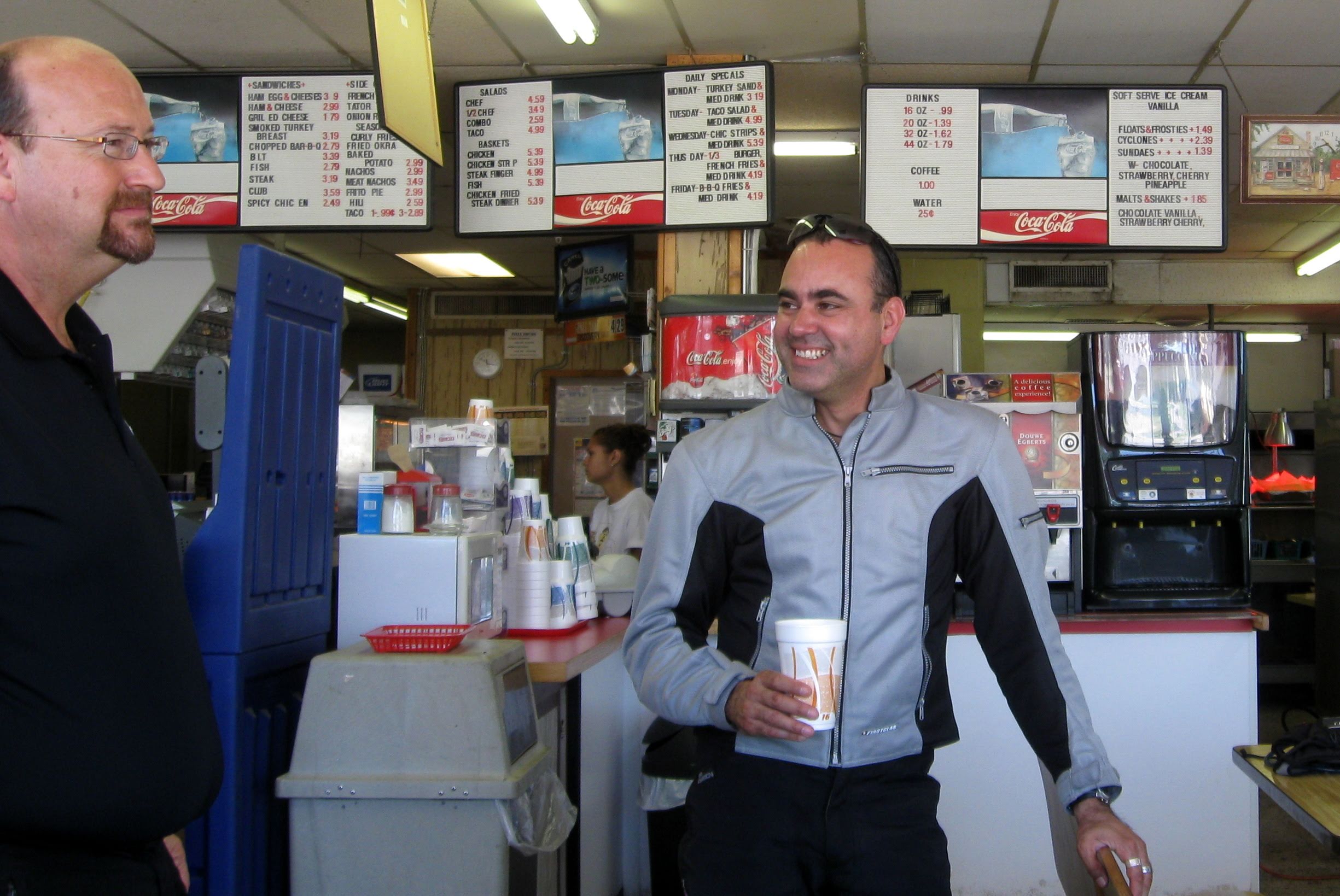 I split off from the group to head back home at Gainesville, and the rest went on up to Turner Falls for a few more miles. 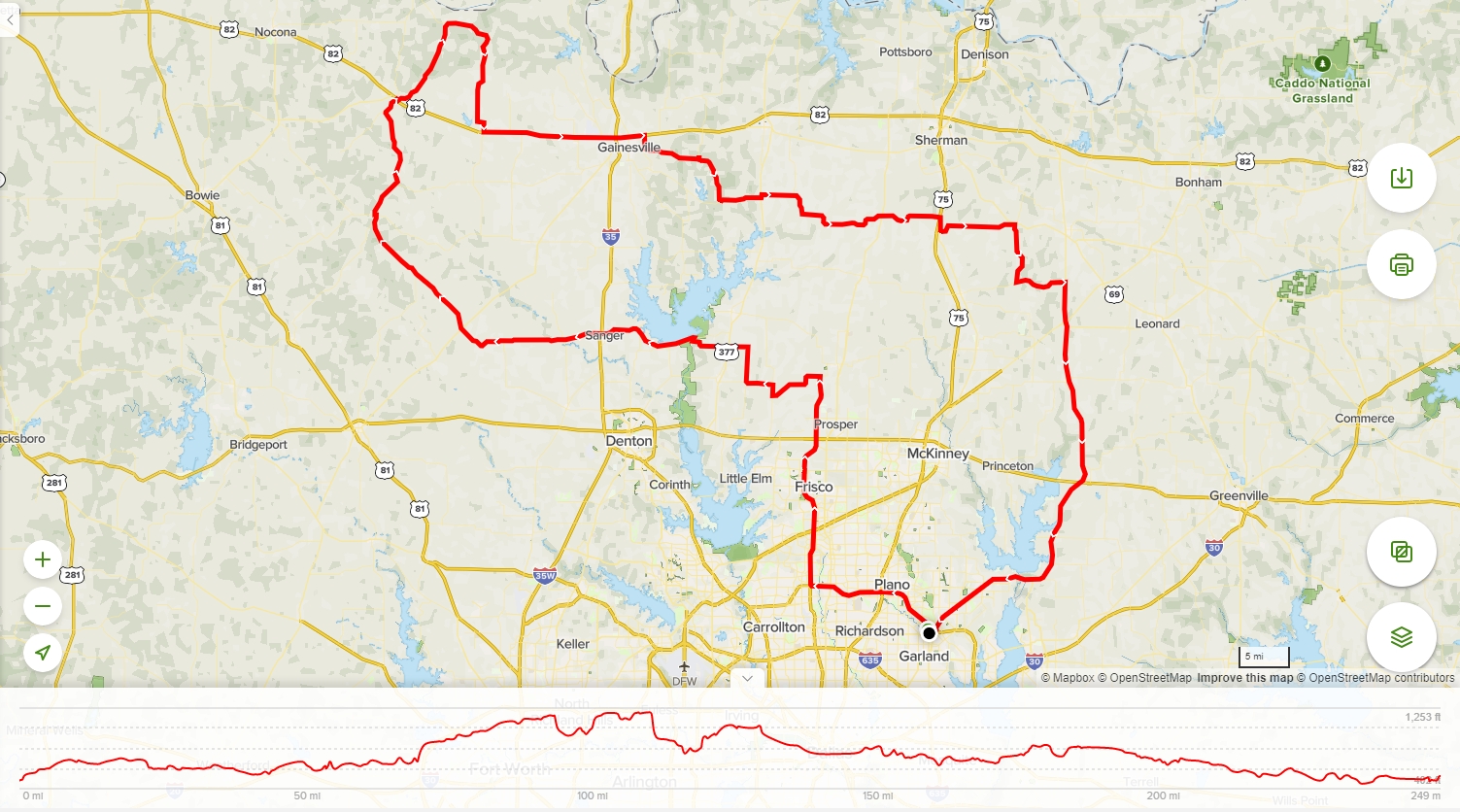