The 11-day Iron Butt Rally 2015 was coming to an end.  I wanted to see finishers arrive in Albuquerque.   I know some of these riders from the Texas area and others from across the nation.  An early departure on Thursday would get me out out of the metro mess and on the back roads into New Mexico to see the riders roll into the rally headquarters late into the evening.

I stayed away from the major highways as long as possible and wound up going through the ghost town of Yeso.  I first discovered this gem of photo material and history while returning from Santa Fe with my lovely wife over 30 years ago.  We almost blew through the town without noticing the ruins of the old town.  I pulled over and wandered about shooting infrared black-and-white film. 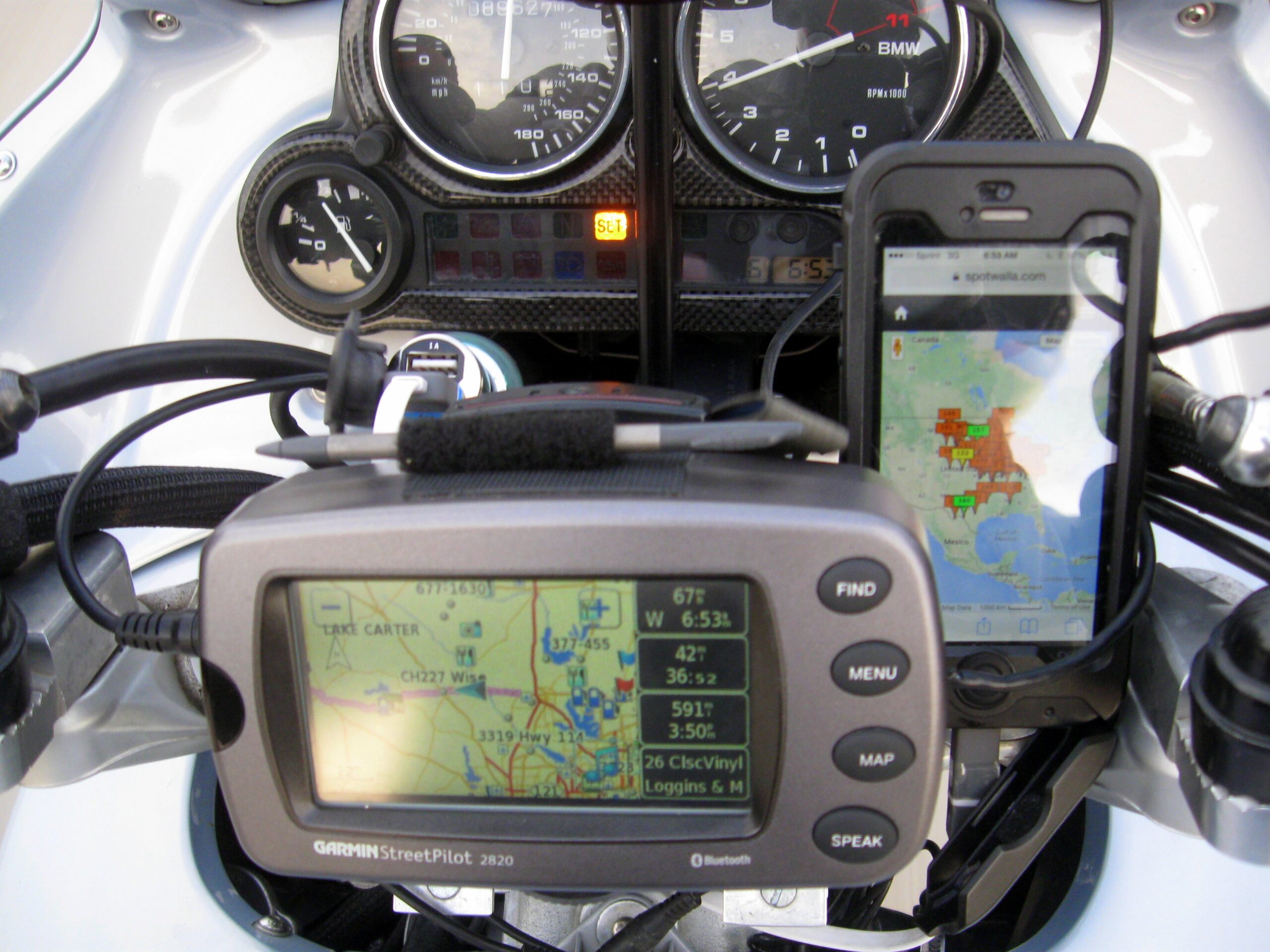 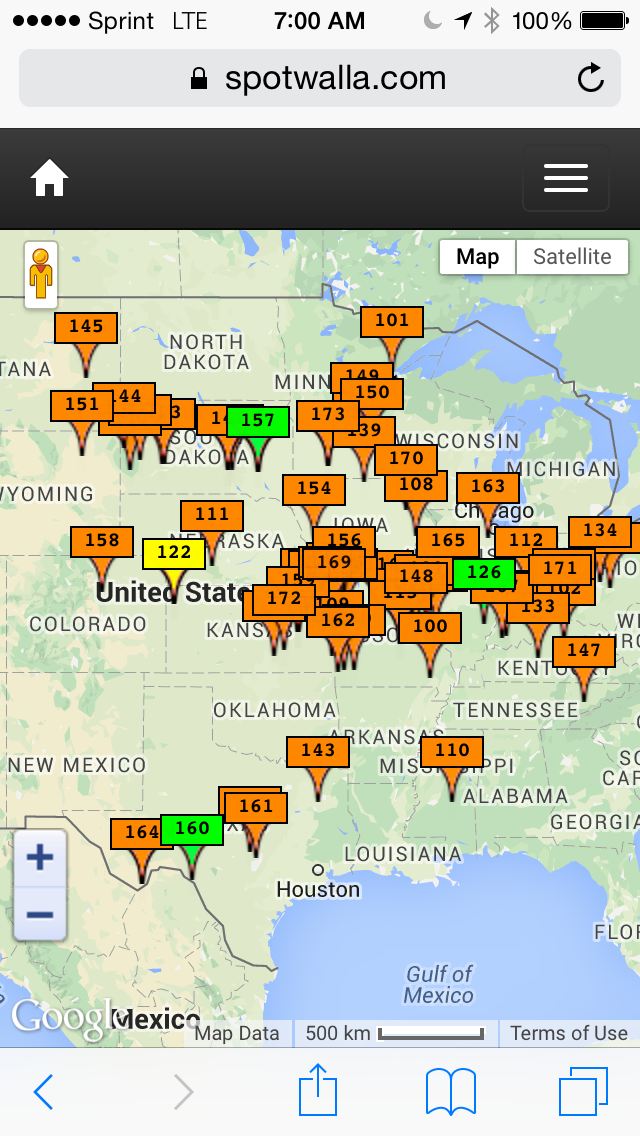 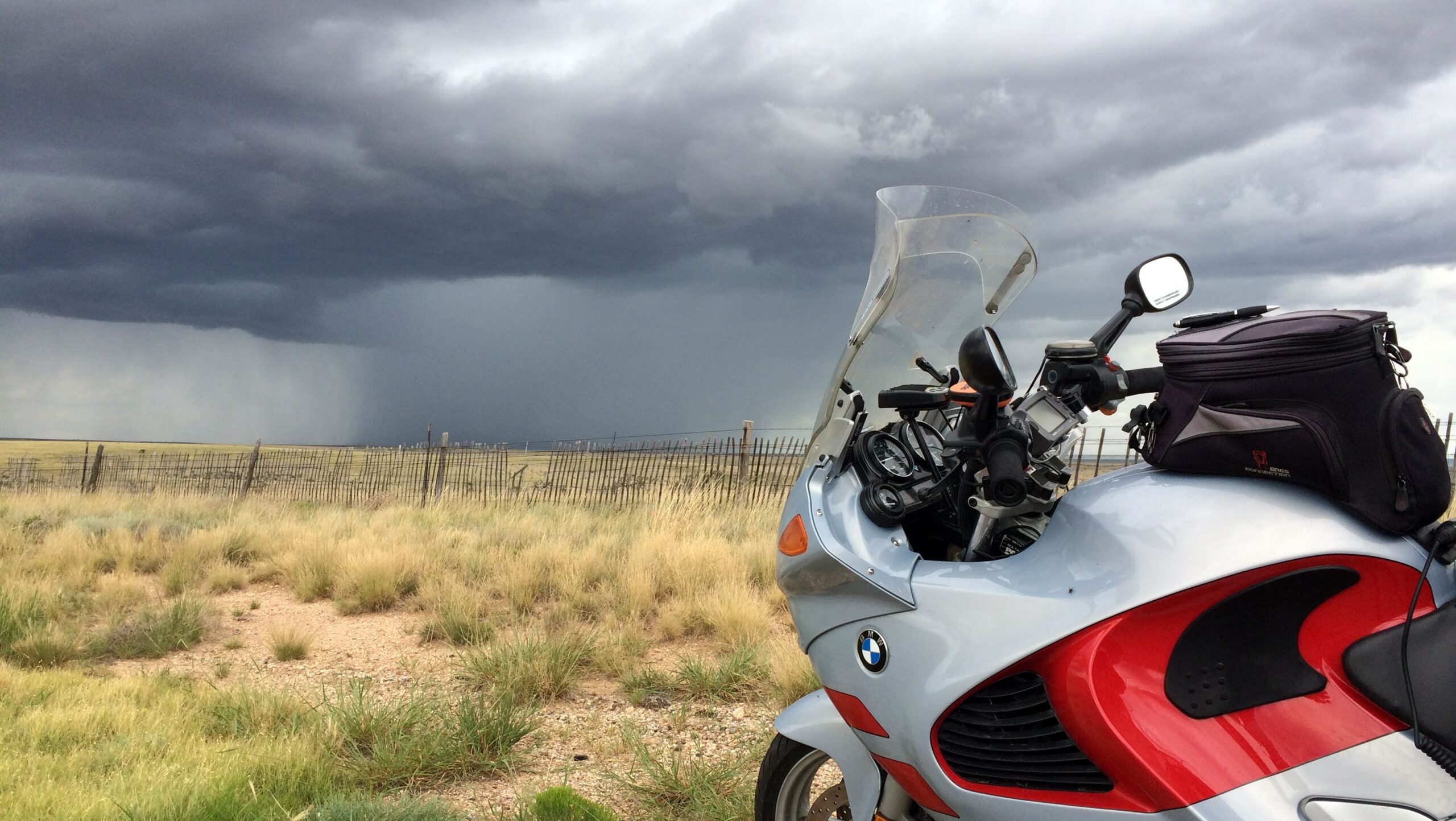 I was still a bit damp from a couple of hundred miles of rain through the panhandle of Texas.  I saw storms ahead of me on the road east of Vaughn and on my phone radar image.  There was plenty of time available to pull off of the highway and be entertained by the vivid dance of clouds and rain shafts across the high desert.  I watched the progress of the riders heading to Albuquerque via Jason Jonas’ Spotwalla site that tracks the satellite GPS locations of the IBR participants. 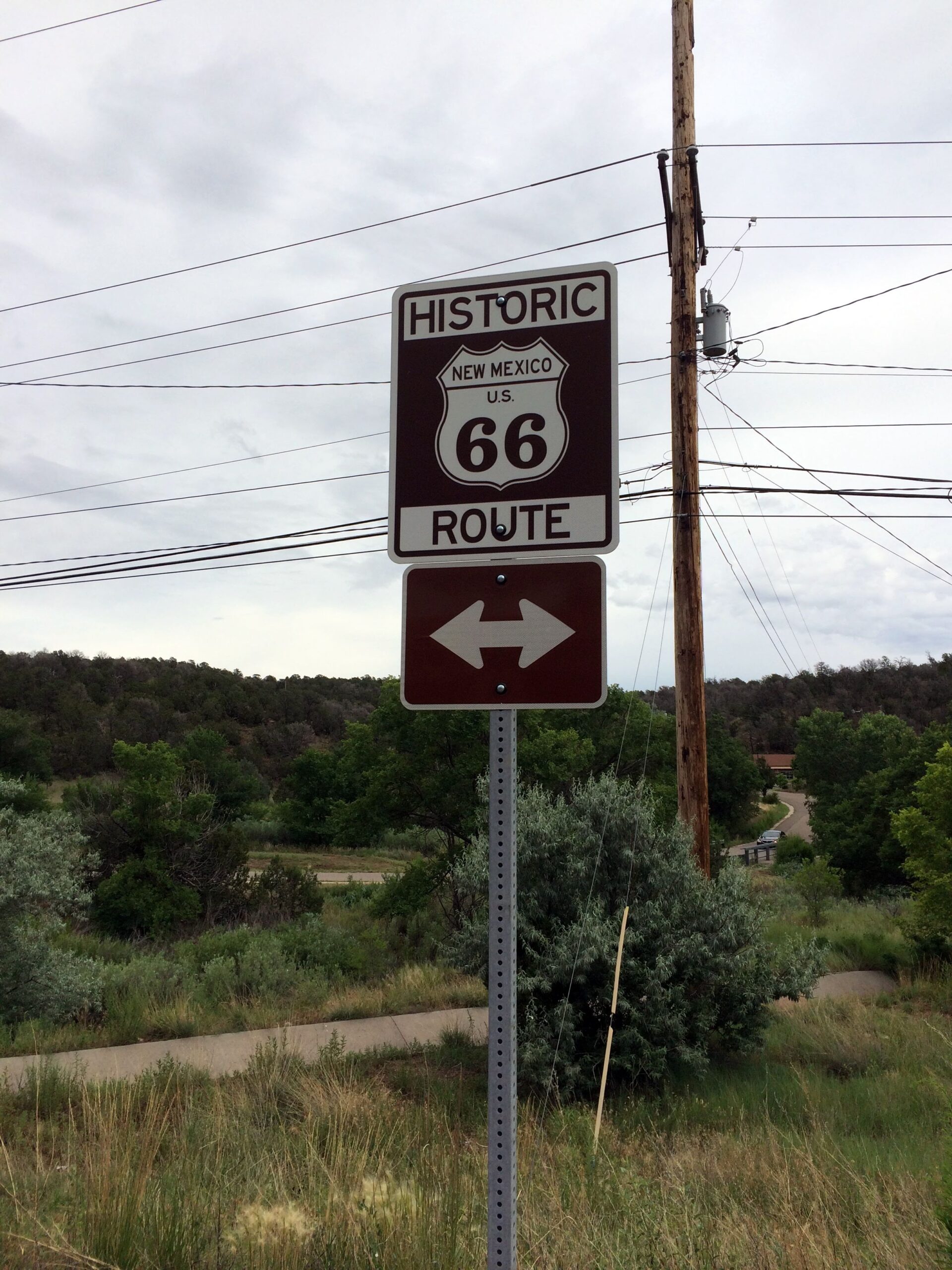 As I neared Albuquerque, the advancing storms convinced me to pull off of the highway again just east of Sandia Peak.  I happened to stop on the original route of the legendary and historical US 66.  This road has captured my interest for years.  The excellent moto/photo journalist Tobie Stevens documented it during the rally while riders were heading to the east coast checkpoint. 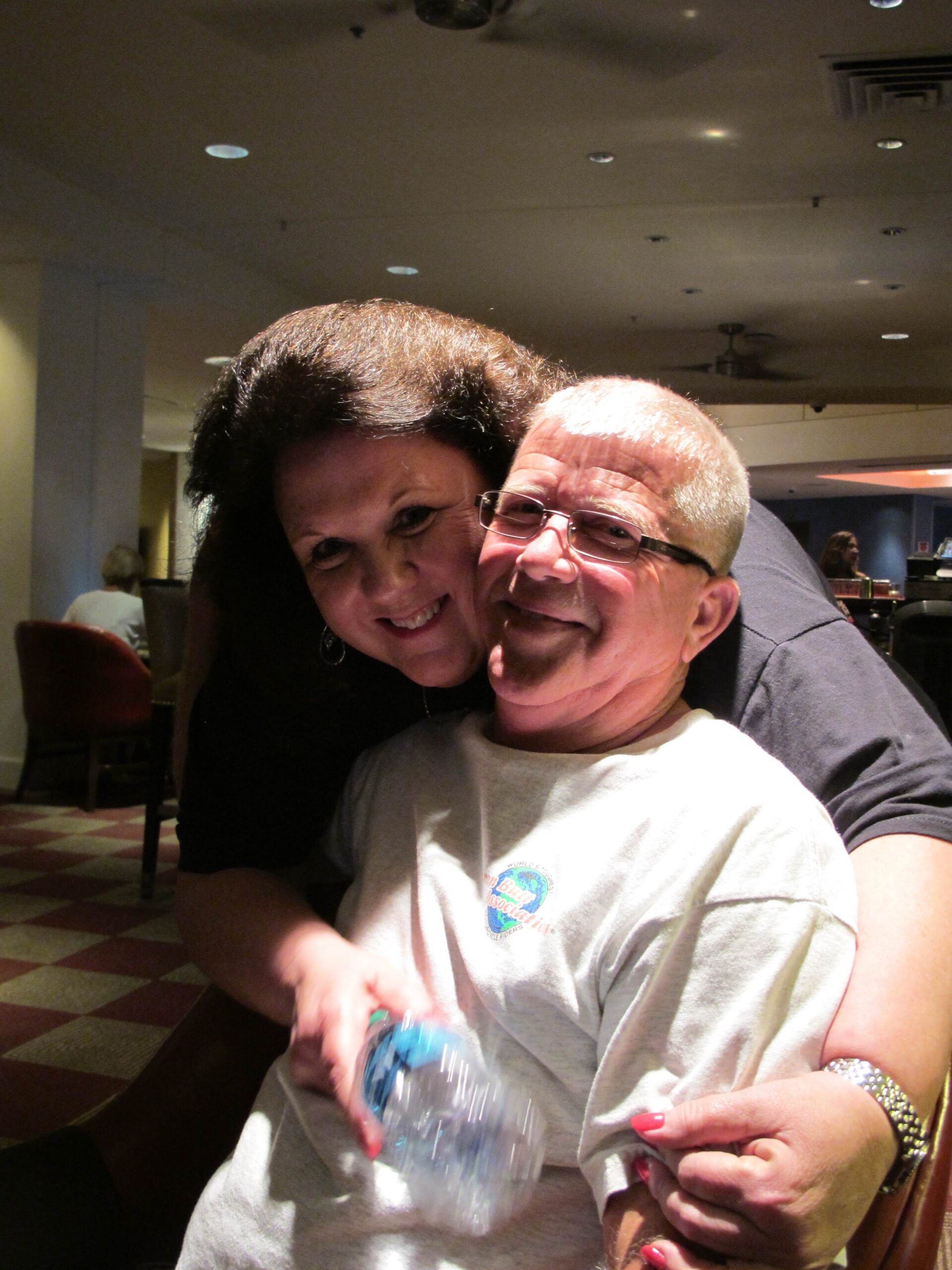 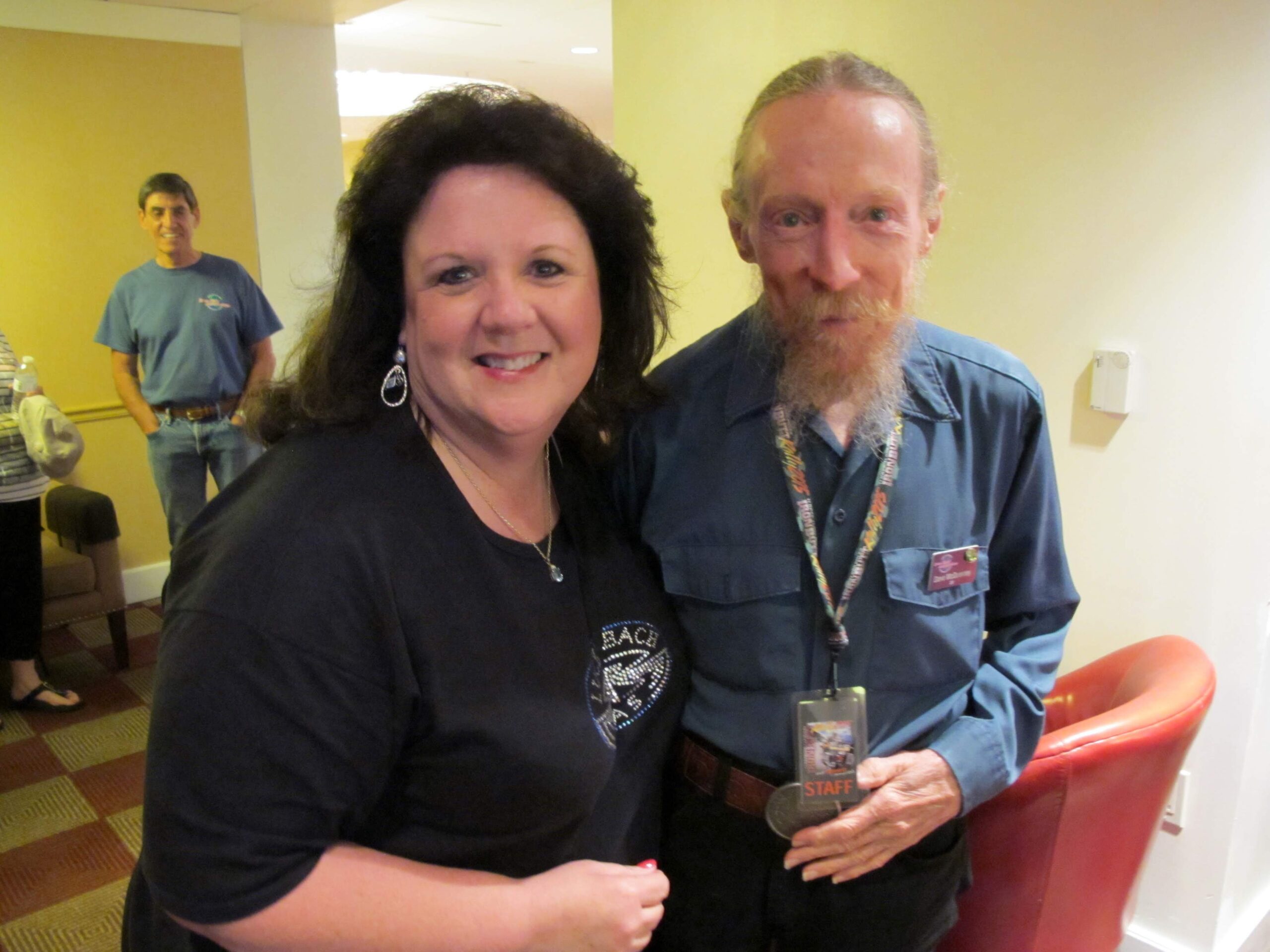 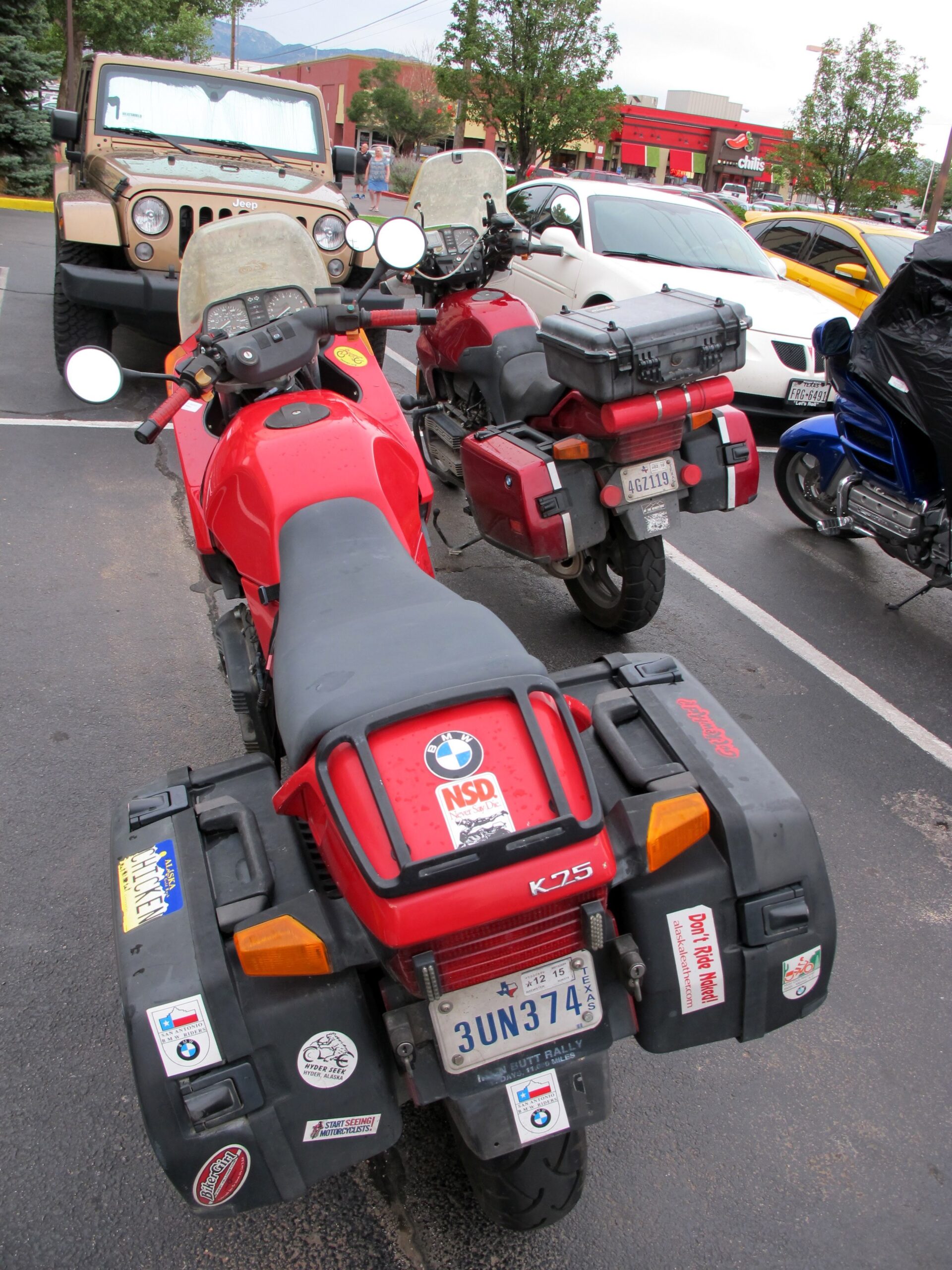 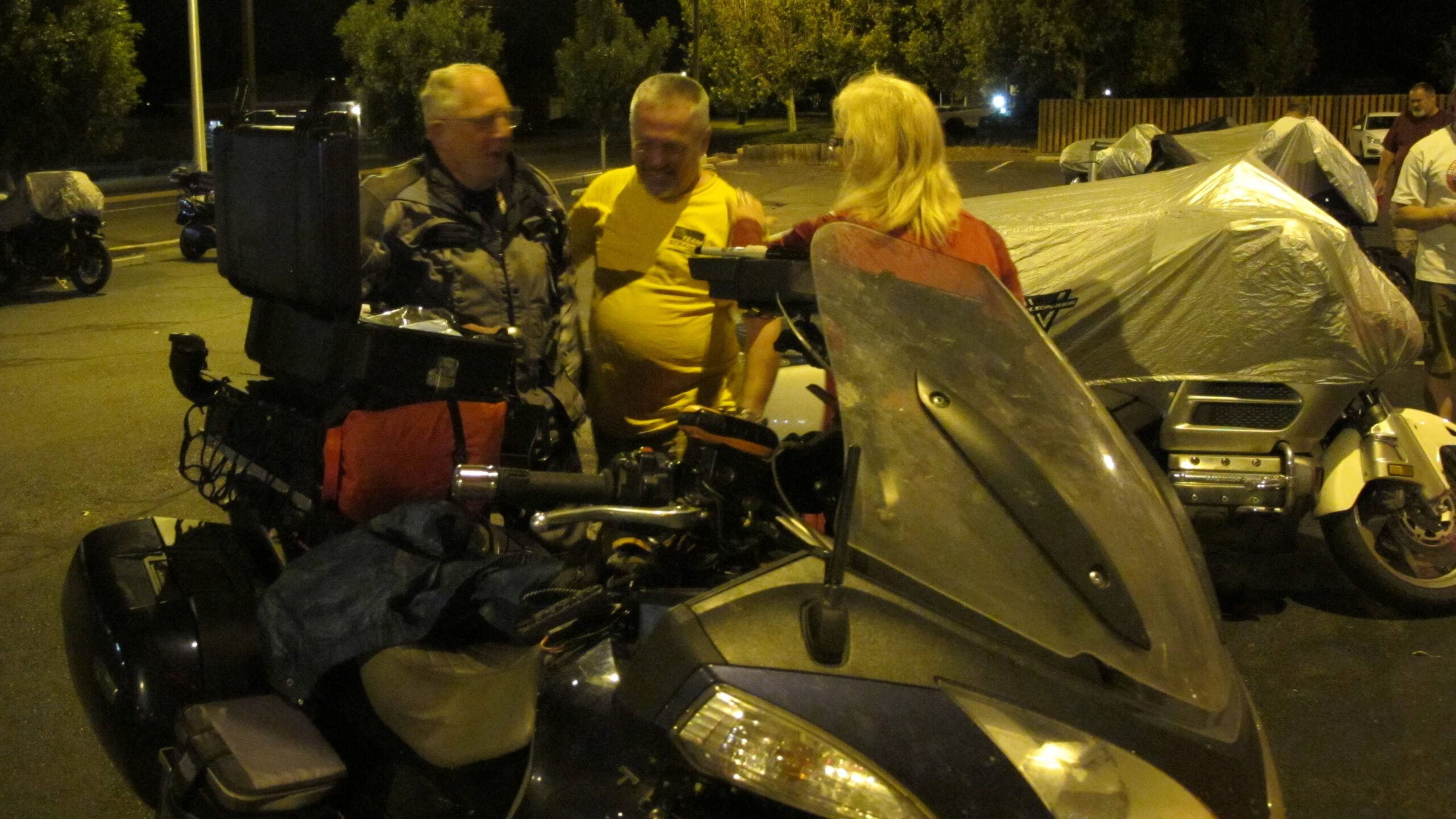 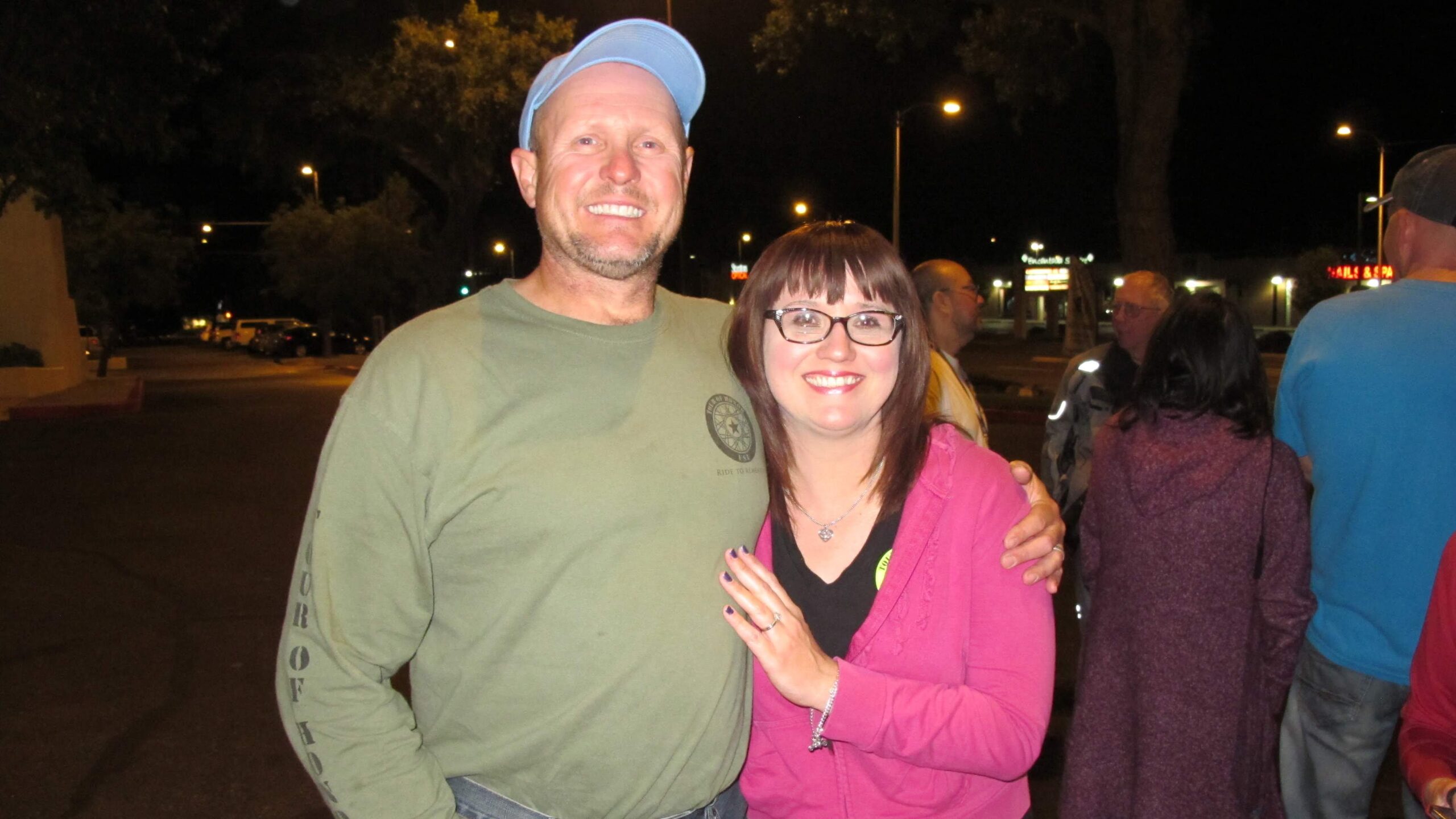 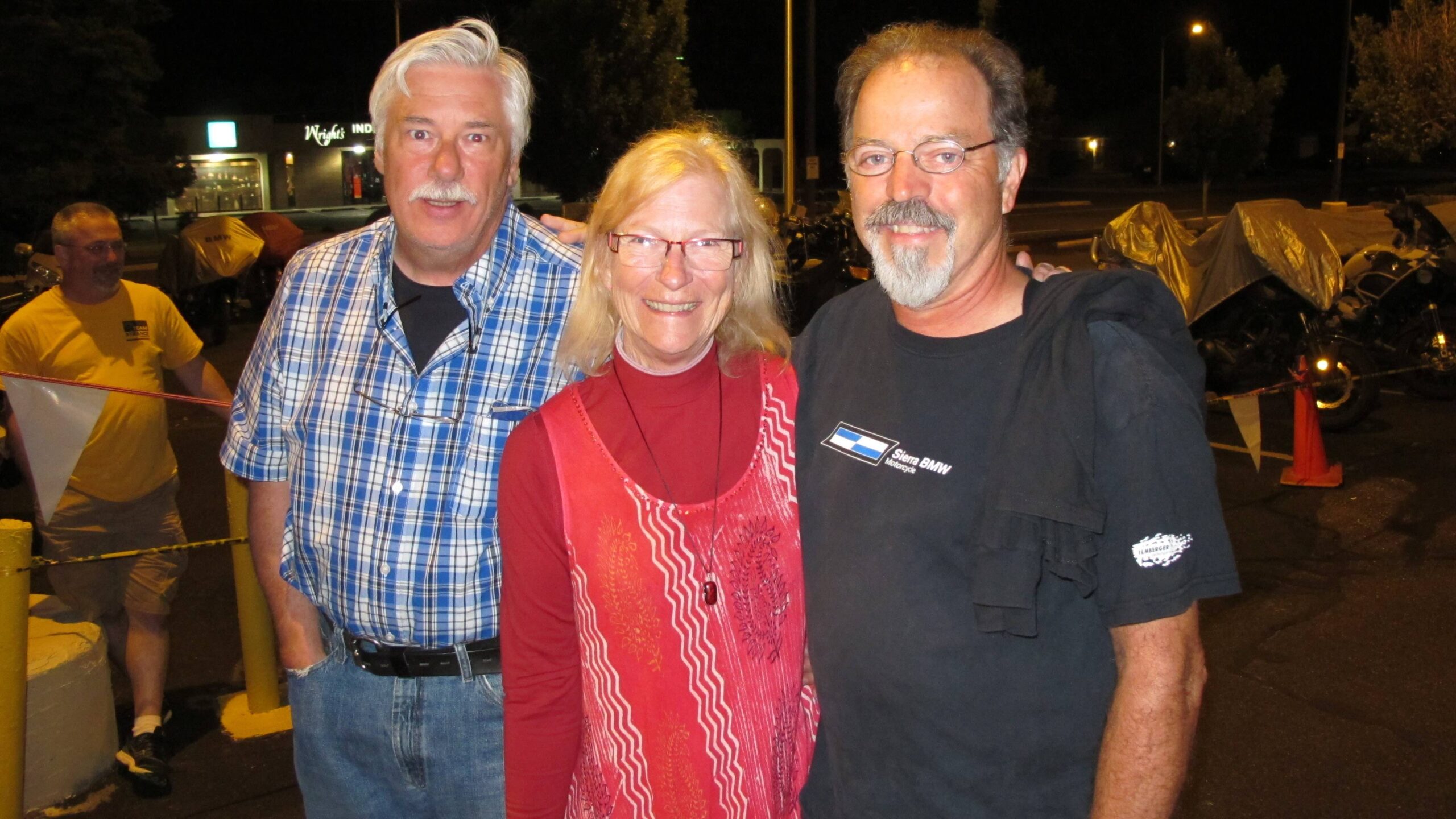 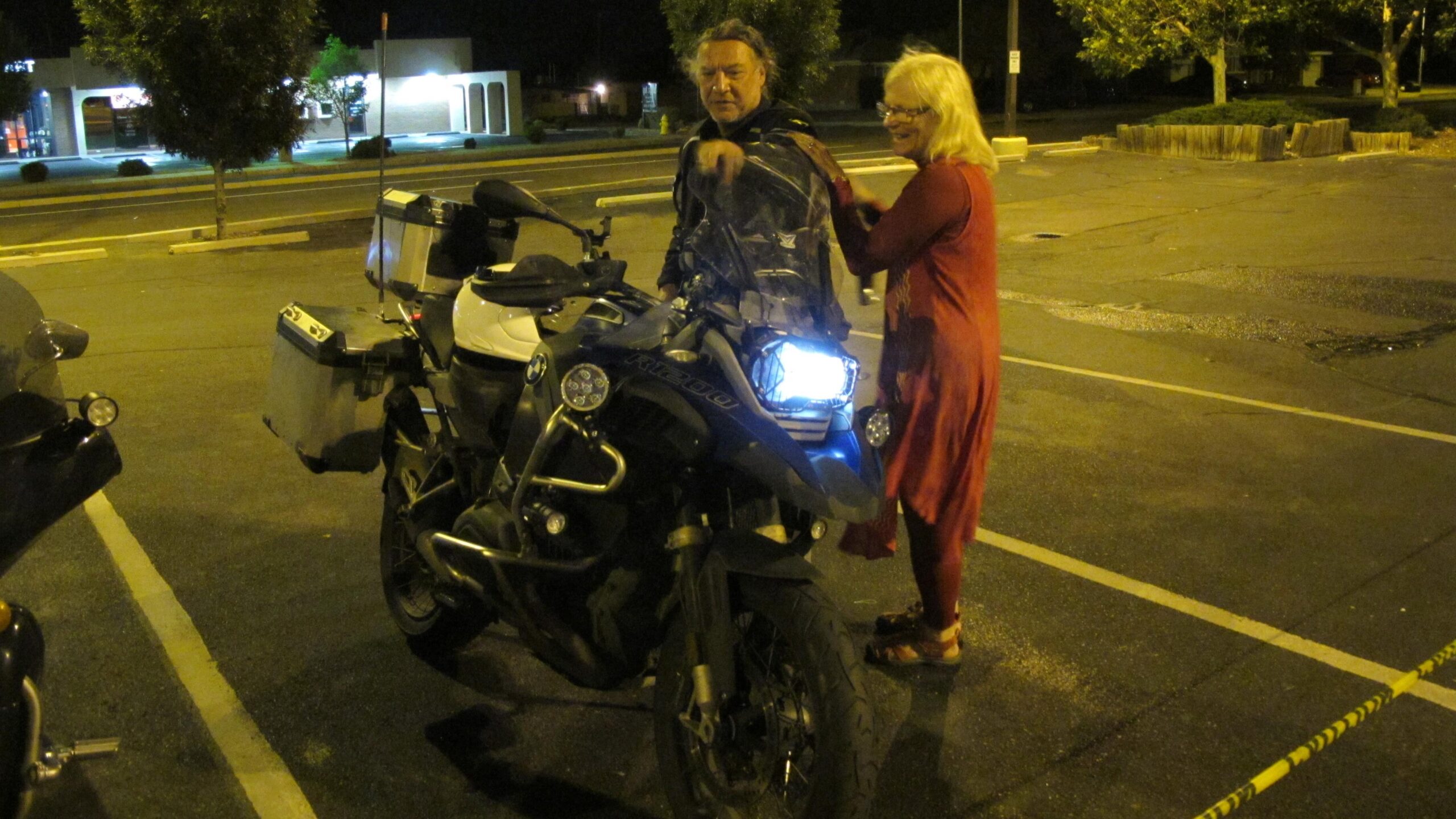 I arrived rally headquarters in the unusually cool ABQ afternoon.  Local Texas riders Bobby Fox, Diane and Betsy greeted me at the hotel.  I ran into Dave McQuenny who thinks nothing of riding 2,000 miles to have a BBQ sandwich in the Dallas area with other Iron Butt Association riders.  I met up with him earlier this year in Allen.  Paul and Voni’s K75’s were out in the parking lot.  Karen and James Stovall were greeting finishers.  Everyone’s favorite LD rider and and LD rider gear maker Mario Winkelman was milling about.  Riders continued rolling into the finish deep into the night and early morning after I decided to get some sleep.

The Iron Butt Rally is the Tour de France of the long distance motorcycling sub culture.  Riders prep their moto, mind and body for months for this event that is run every couple of years.  It is a grueling ride of typically 11,000 miles over 11 days.  To even finish takes efficient routing to collect the bonus location points and other criteria laid out by the rally master.  It’s not about speed but minimizing time off of the moto.  Rest is encouraged by bonus points and sometimes mandatory proof of time off of the moto. 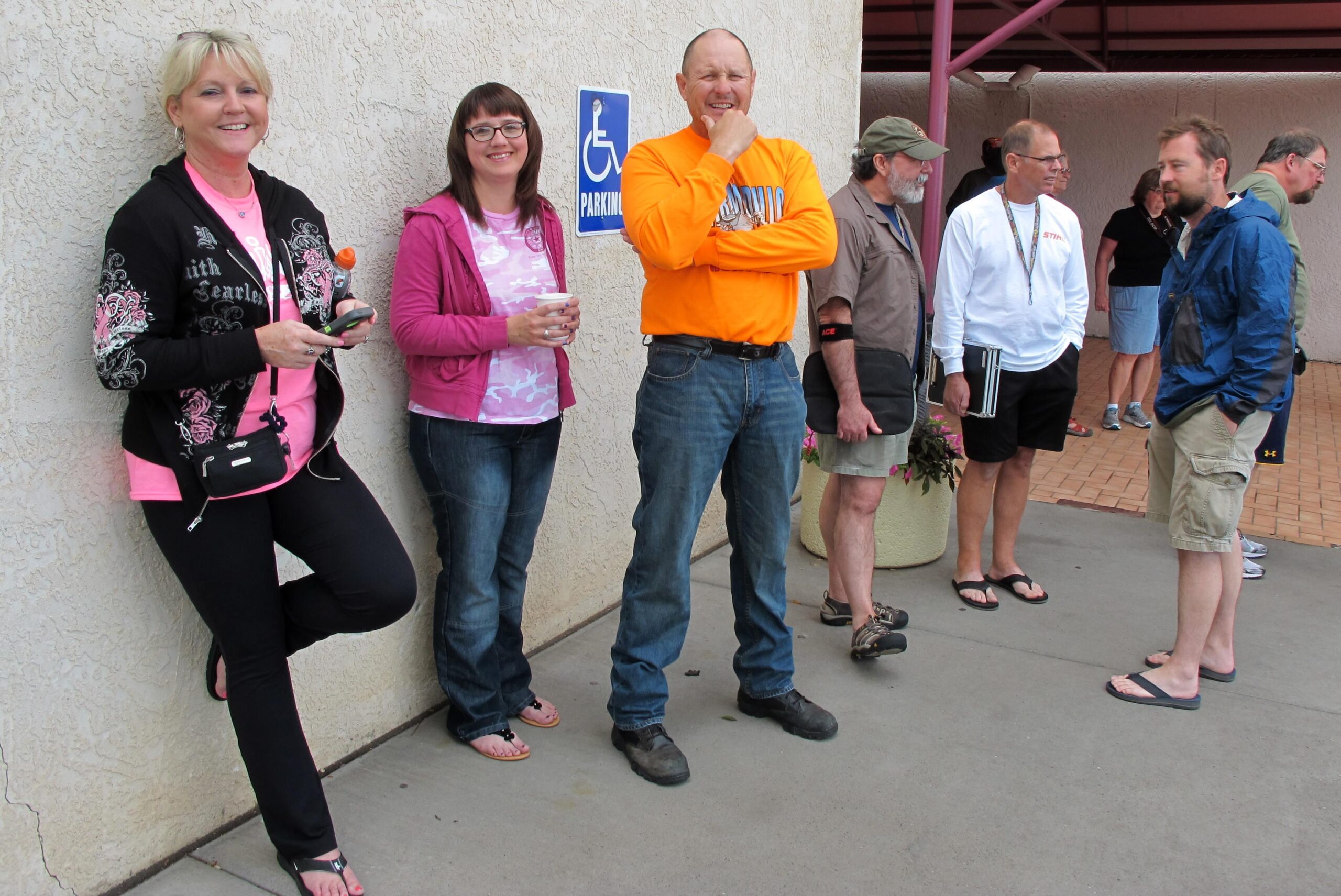 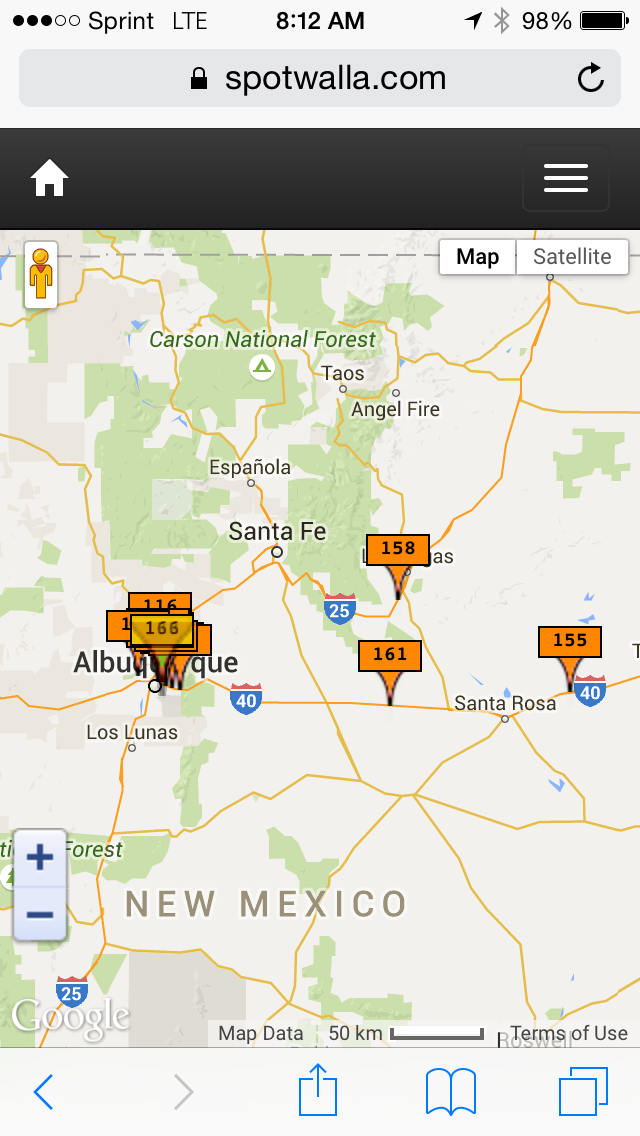 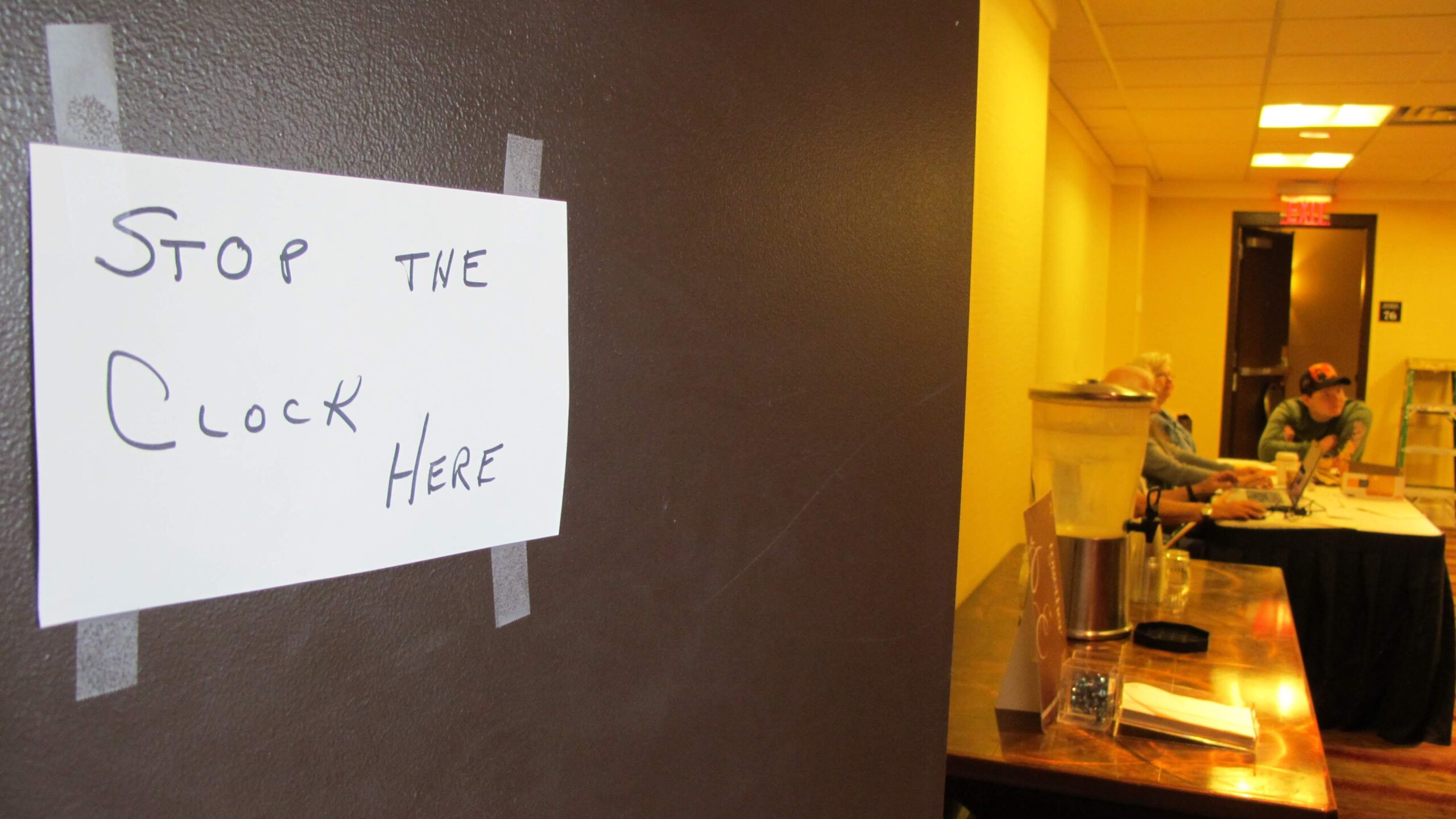 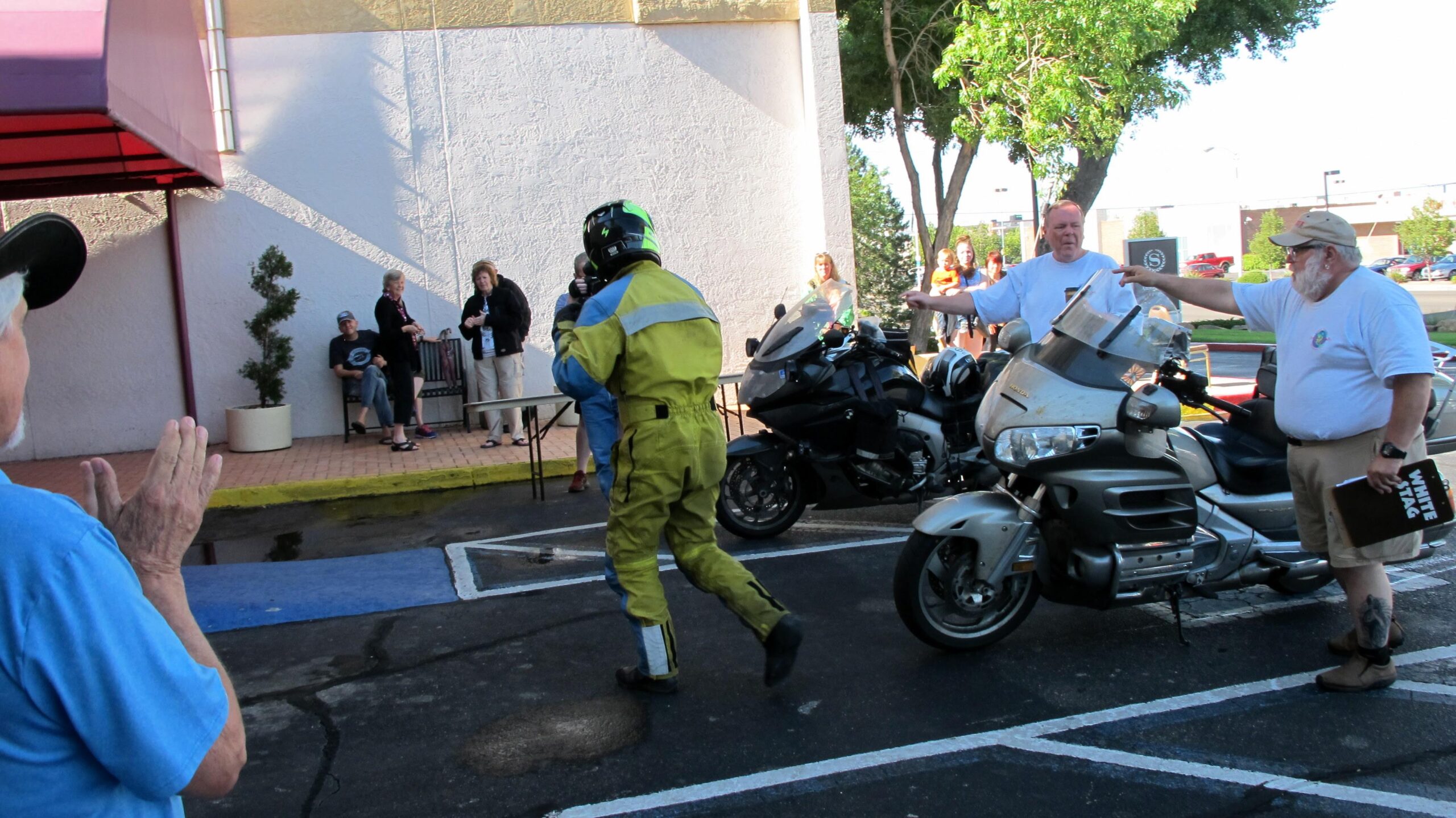 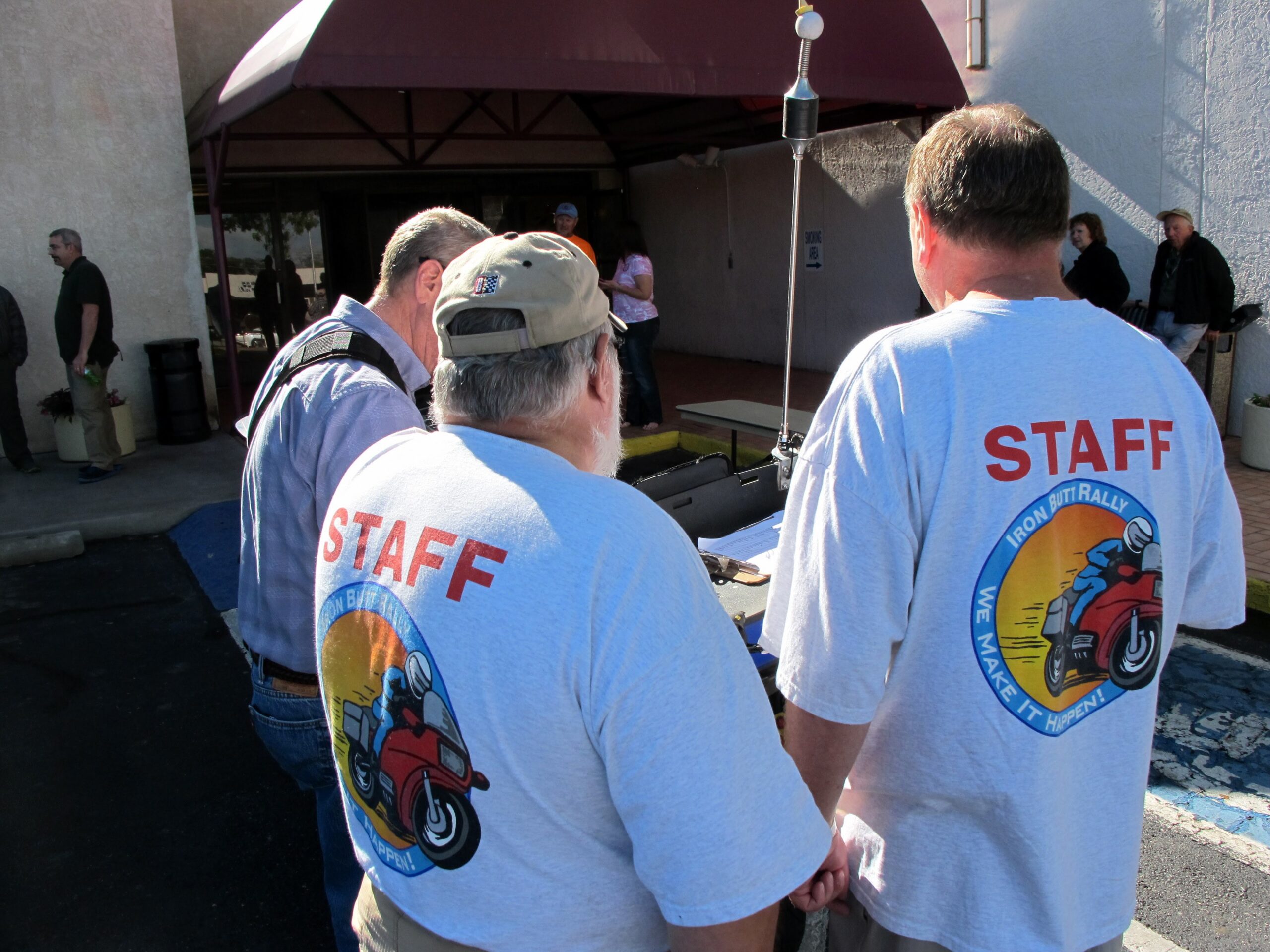 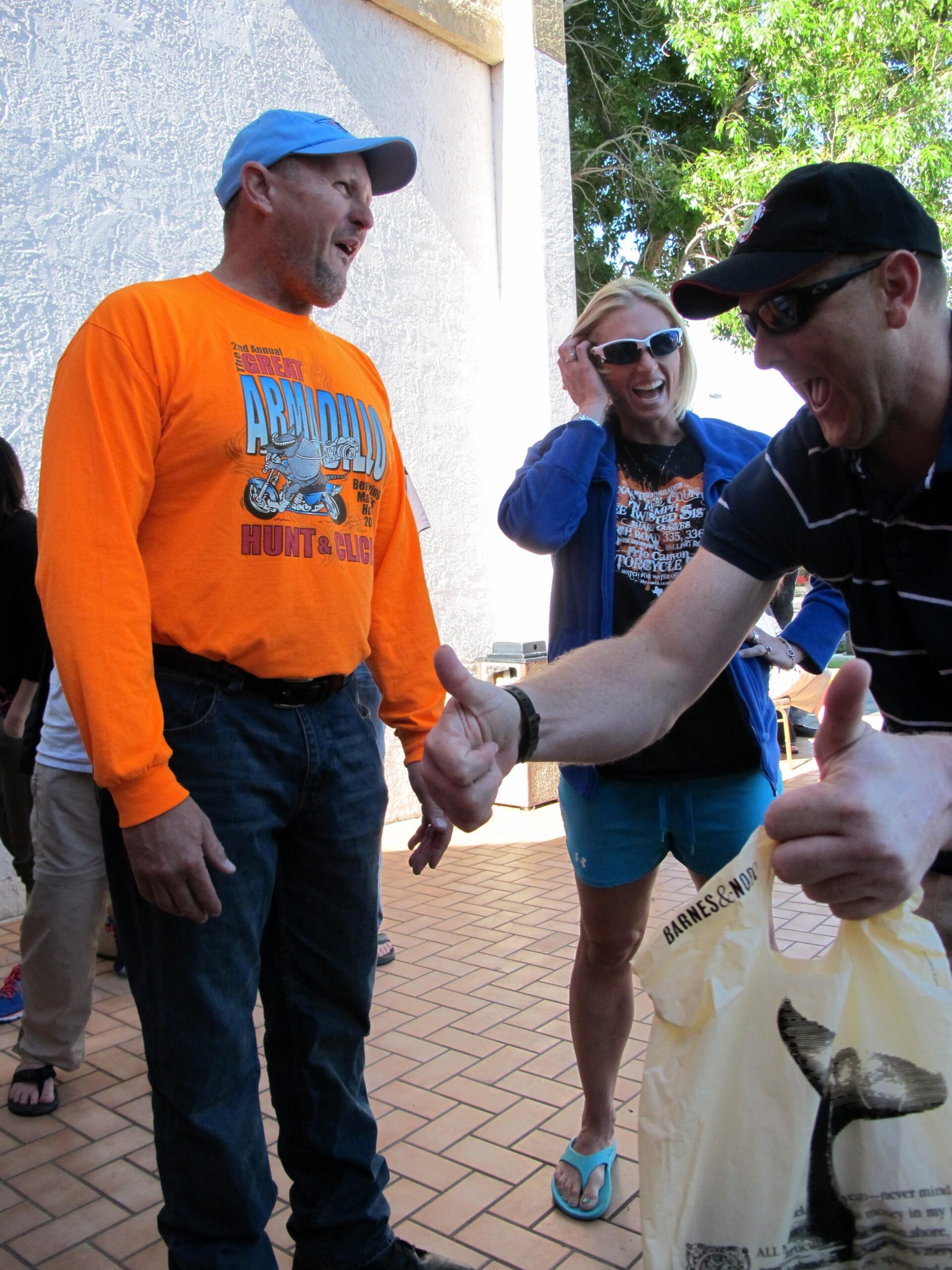 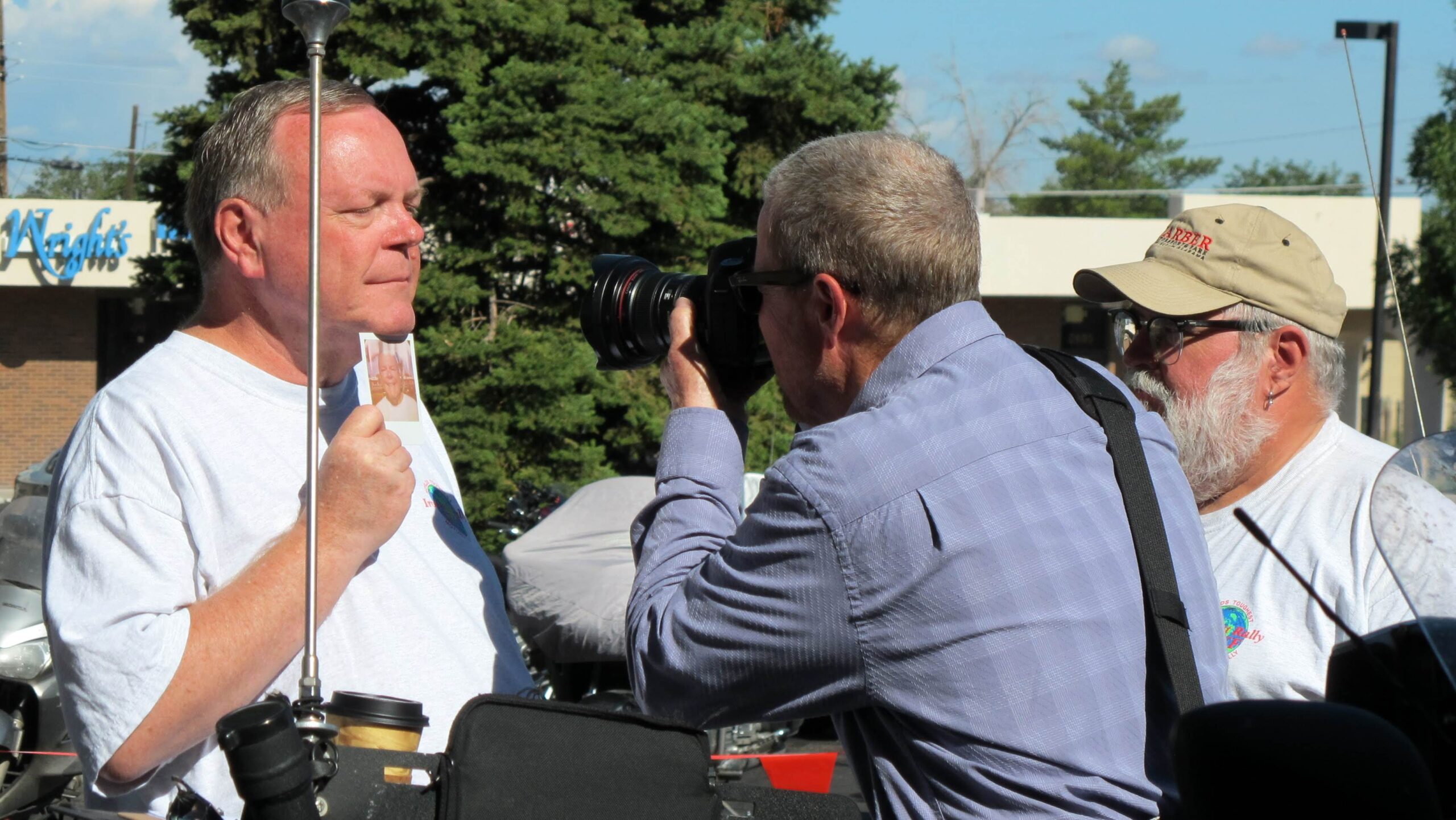 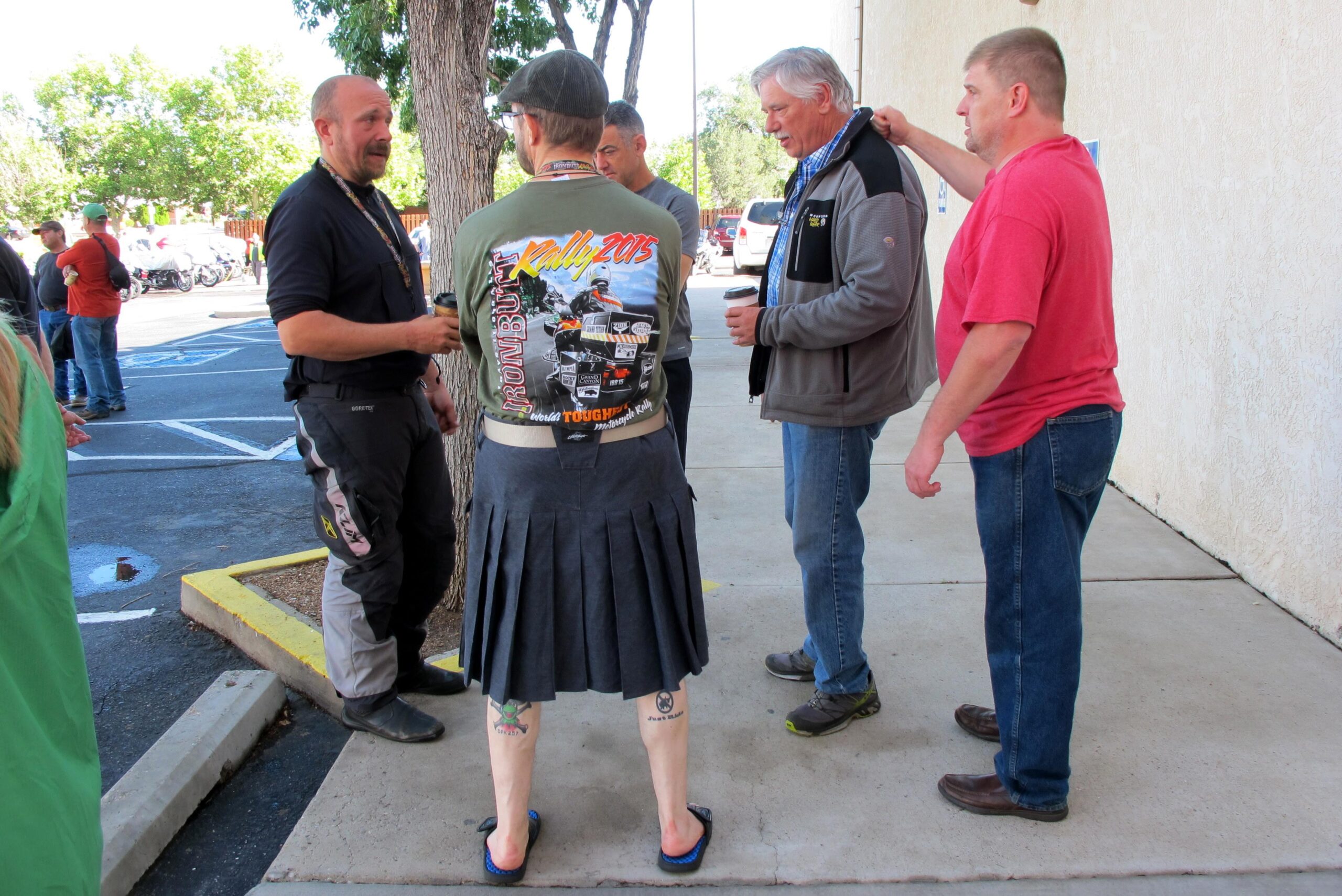 Friday morning brought the majority of riders into the finish.  The riders needed to be in ABQ by 8:00 in order to not accrue penalty points.  By 10:00, their Iron Butt Rally efforts would be for nothing.  Some riders had mechanical issues Thursday approaching the finish.   Local Texas riders Troy Martin and Chris Rooney were amongst the victims of accidents and failed motos.  It’s part of the challenge and I’m sure very frustrating. 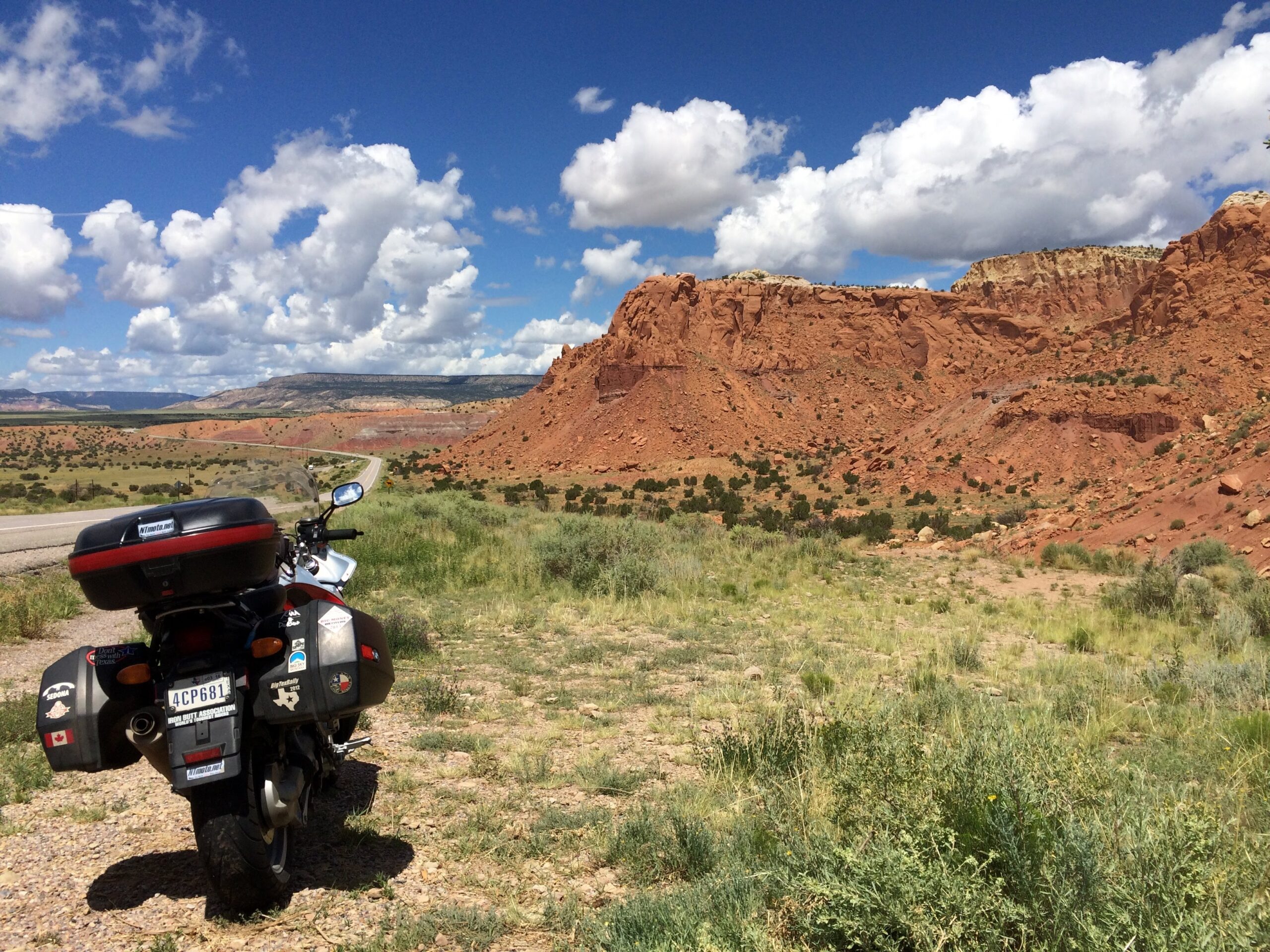 A jaunt into the lower-Colorado mountains was on my mind and I headed that direction mid-morning.  Santa Fe this trip was only a ride-trough to get on up the highway through the Ghost Ranch landscape that Georgia O’Keefe painted so often.  The roads in New Mexico are a pleasure to ride, especially through Chama and into Pagosa Springs. 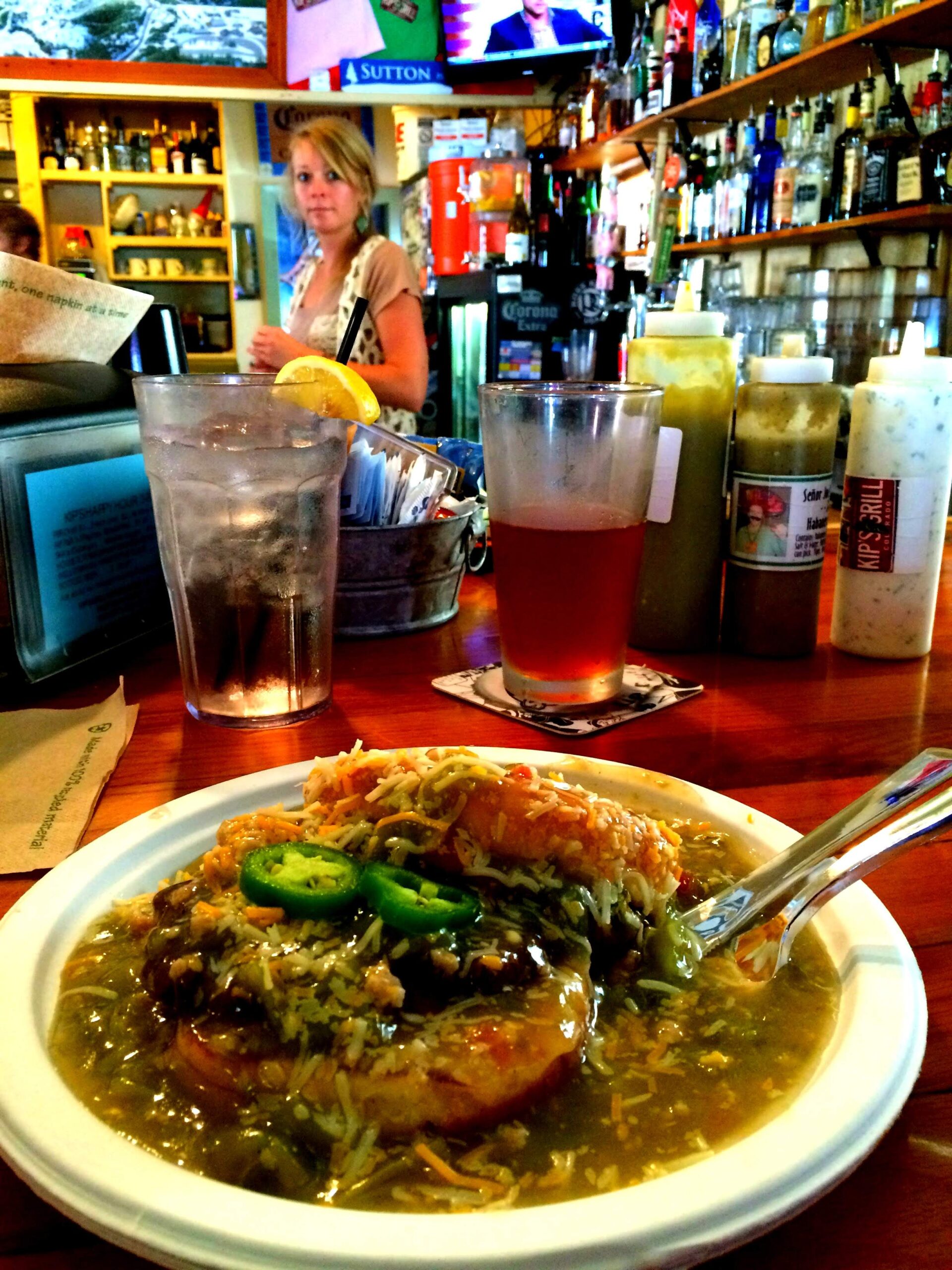 Lunch at Kip’s is a must in Pagosa Springs.  The green chile burger was too much for me to finish, but a treat for sure.  Traffic on highway 160 was not bad heading east, but the traffic on the other side of the road heading west was indicative of everyone escaping to the mountains for the weekend. 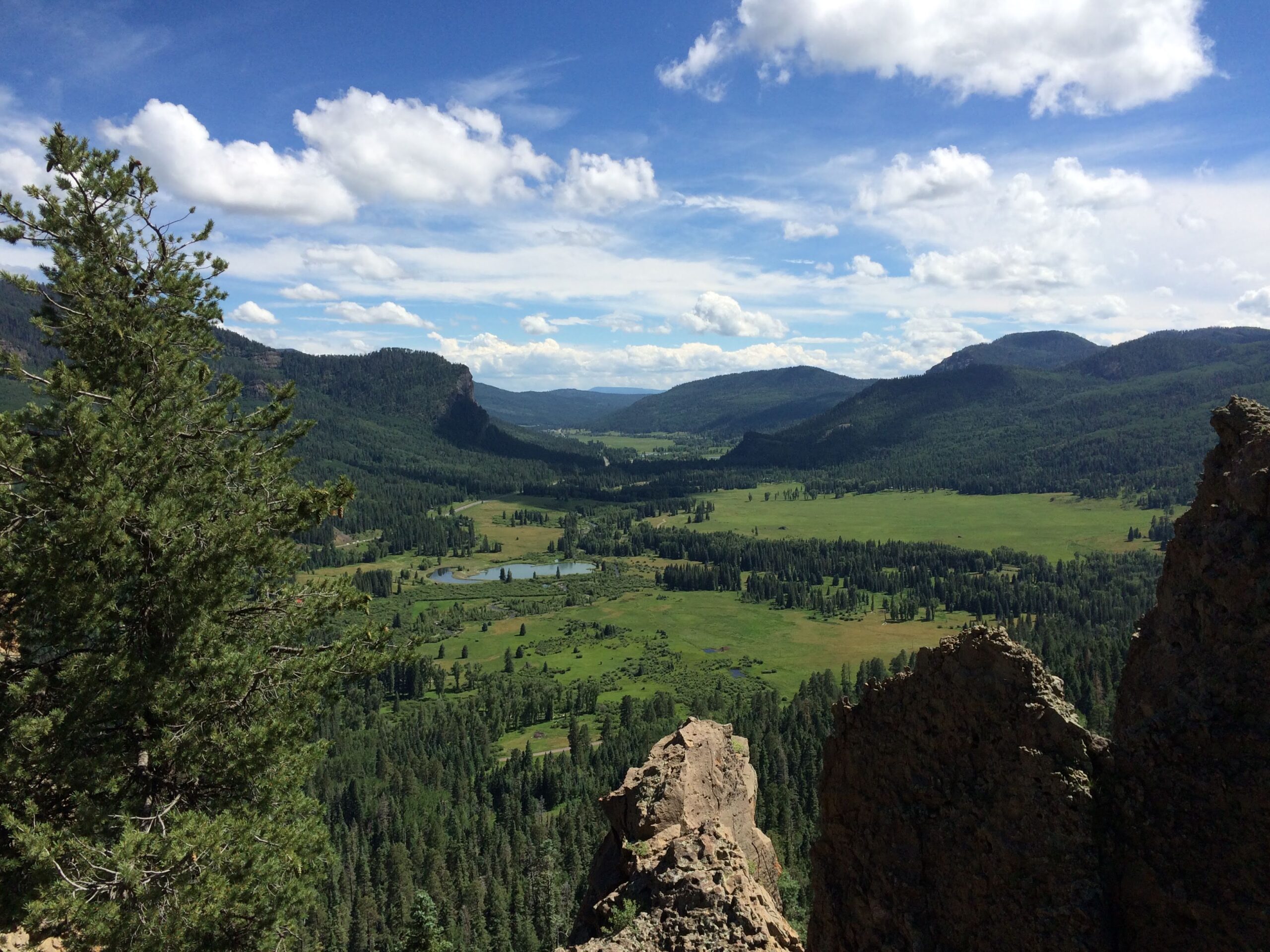 I stopped on the climb up Wolf Creek Pass and was delighted by the view below me.  I could put up with this landscape every day. 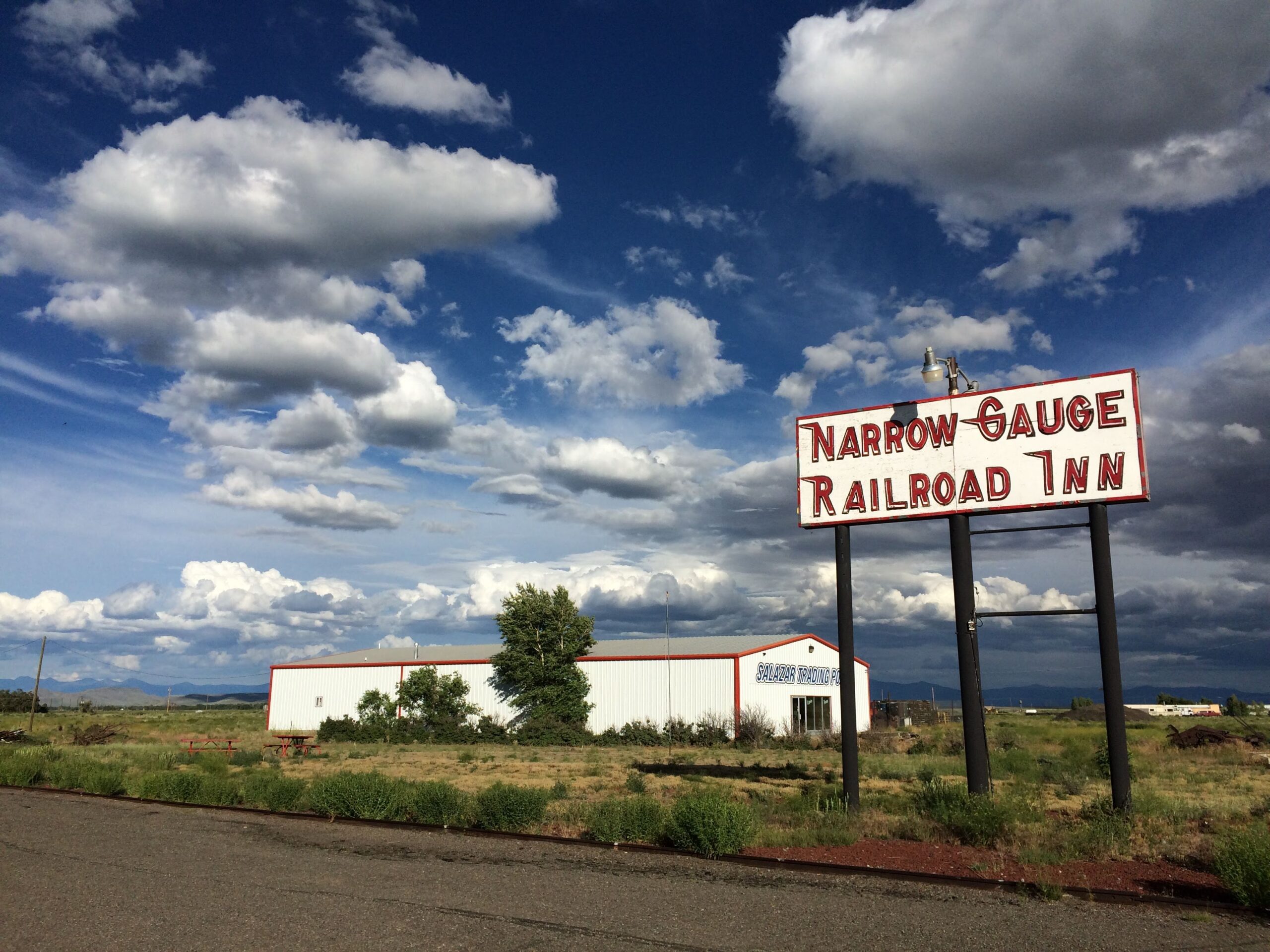 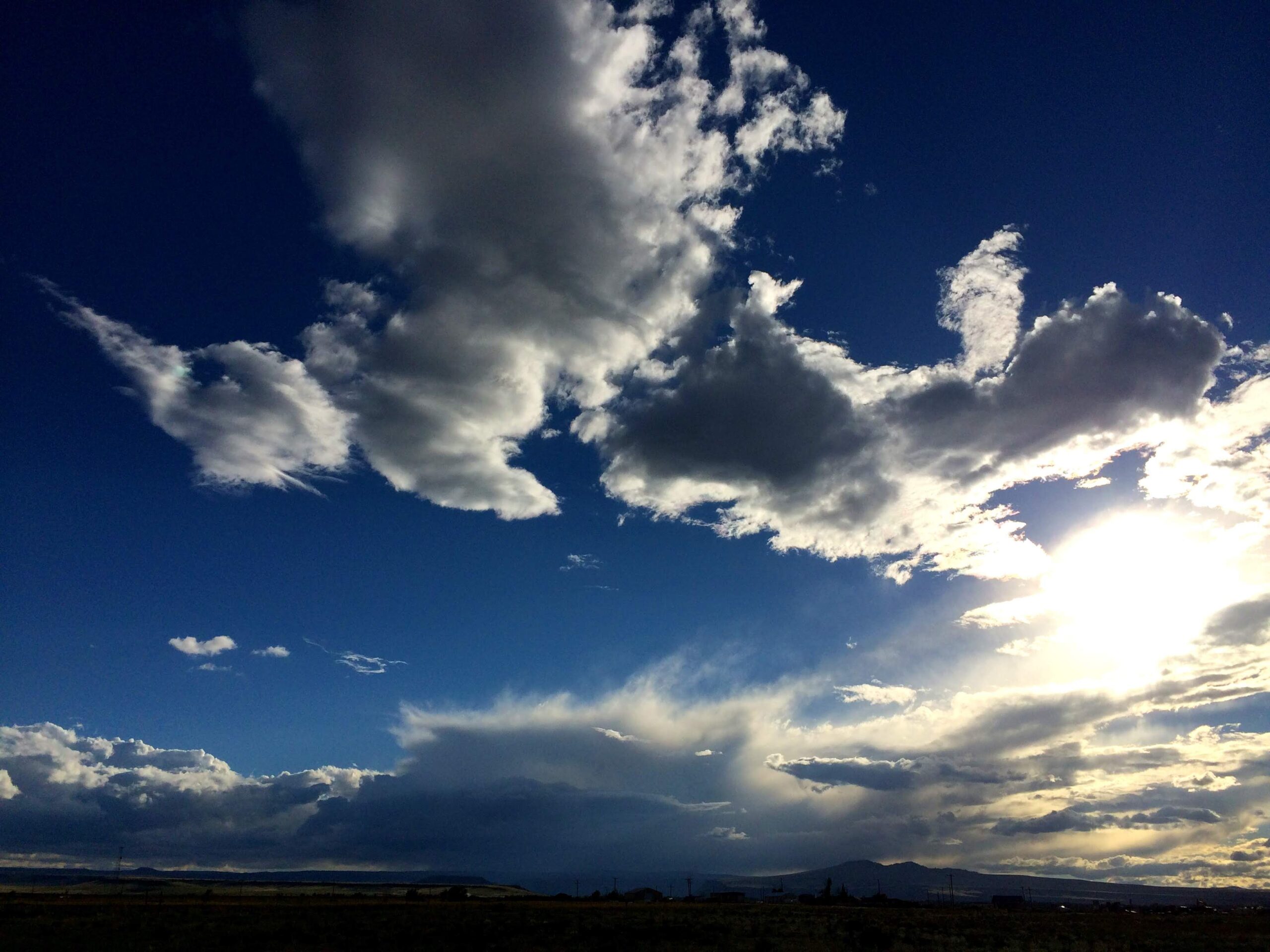 Antonito, CO would be the stop for the evening.  This town is the host of the Cumbres-Toltec steam engine train that creeps its way through the story book mountains and trees between Colorado and New Mexico.  I had a dinner of green chile smothered enchiladas after I documented the dramatic evening clouds at sunset. 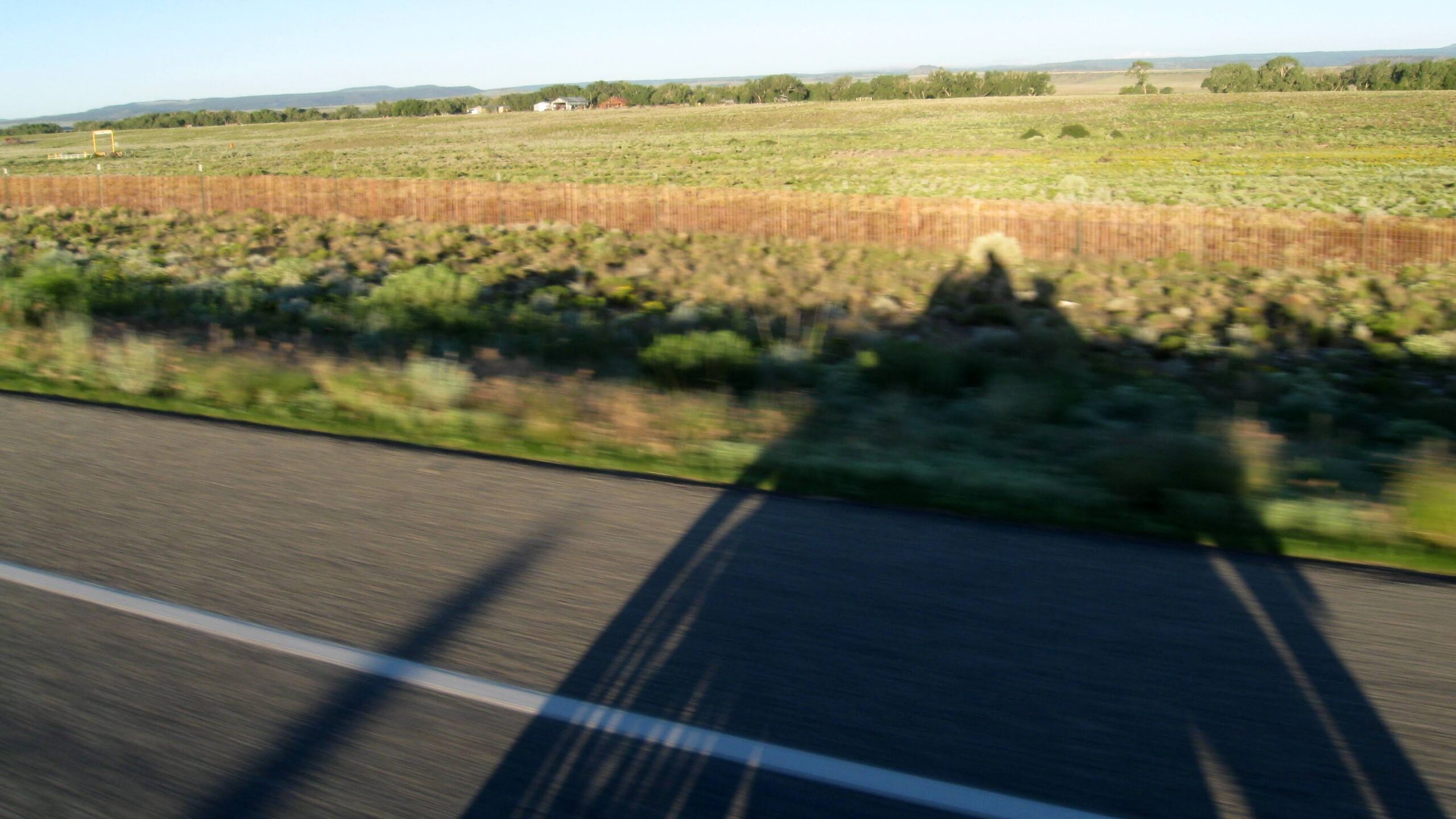 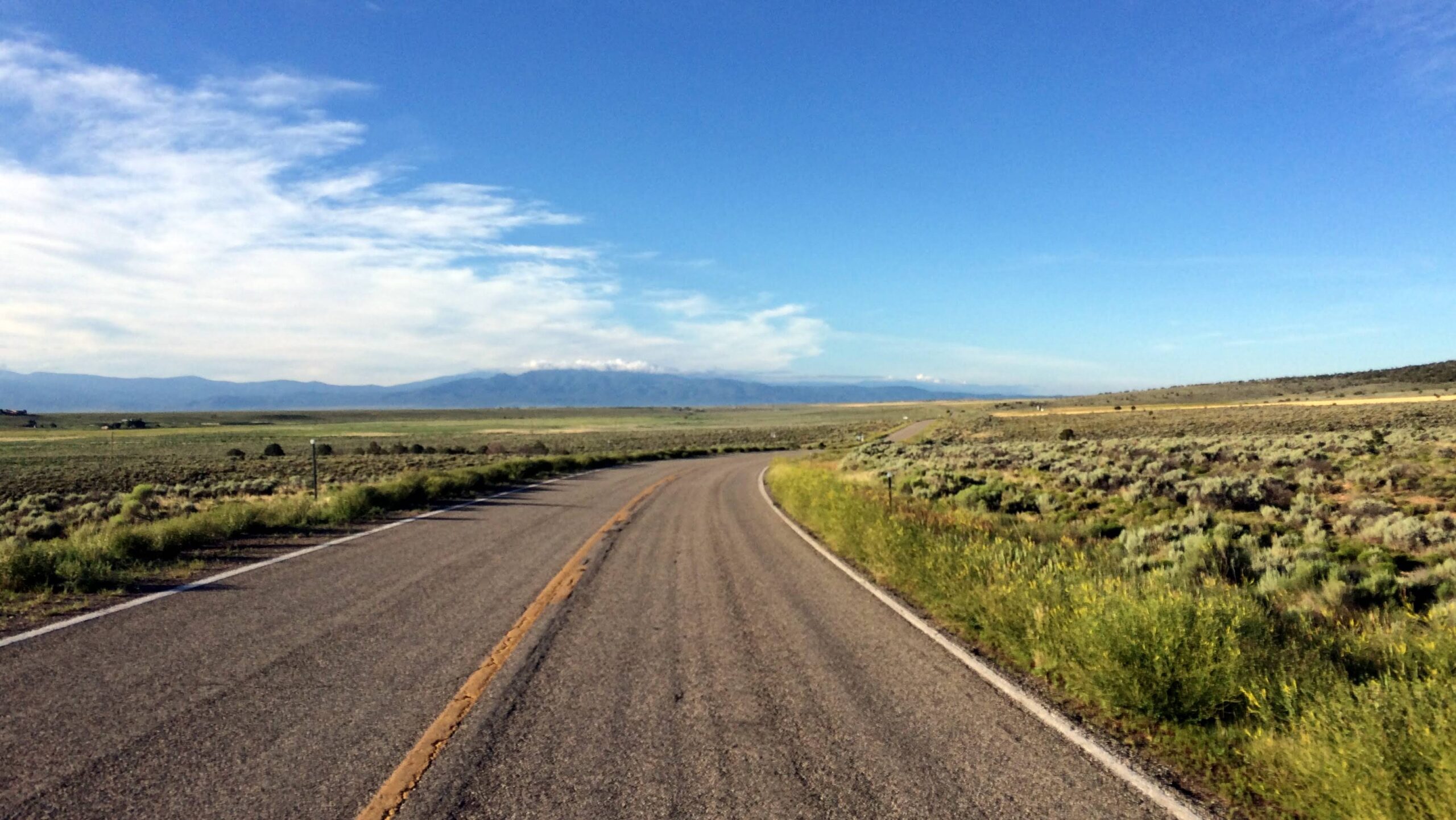 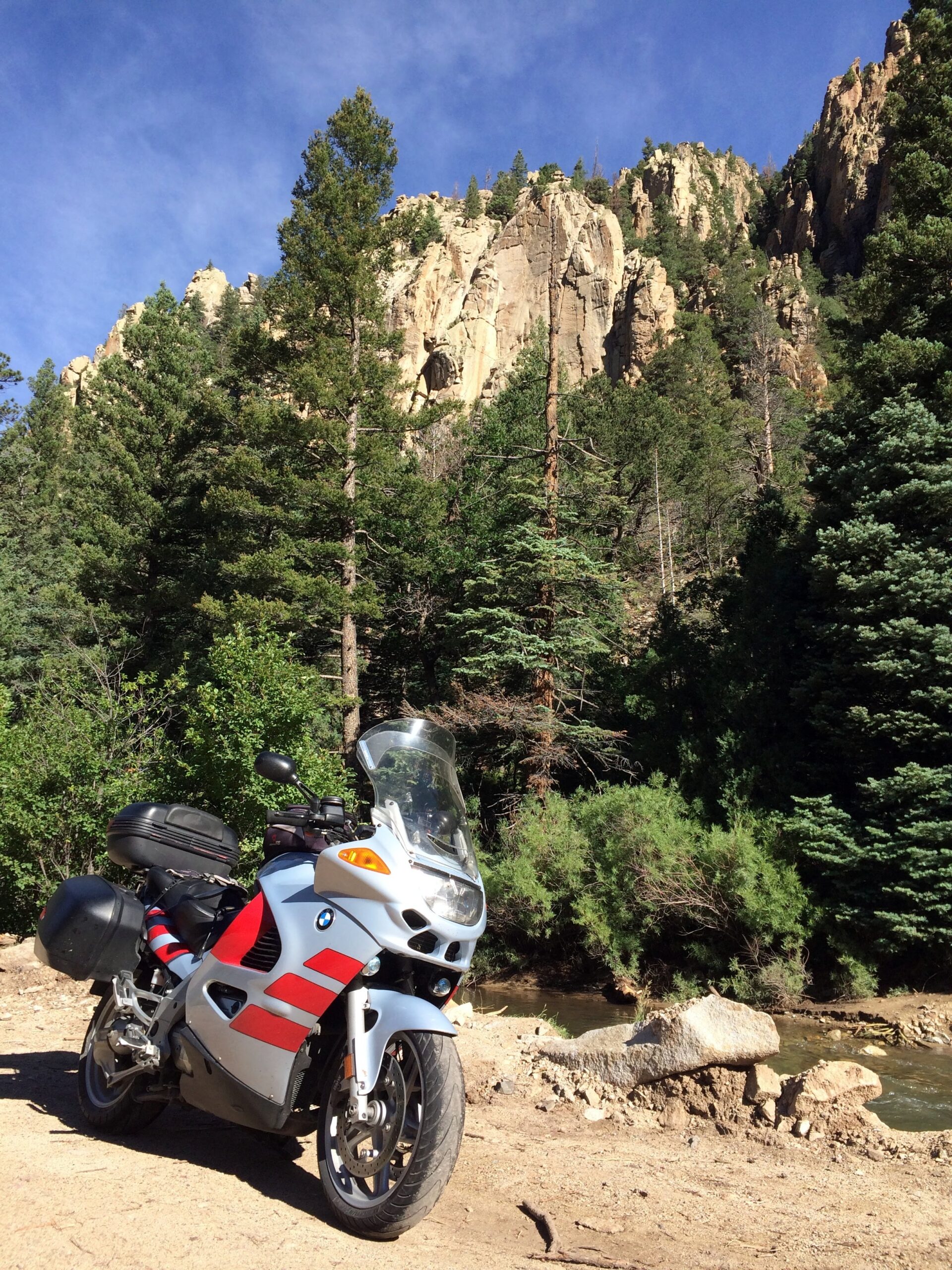 The next morning I left Antonito just after sunrise for a leisurely ride across the Rio Grand Gorge and into Taos and Eagle Nest.  The twisty Hwy 64 east of Eagle Nest is a treat.  Riding into Texas was really not all that hot to my surprise and delight!  Three days away on the moto can do wonders for the soul. 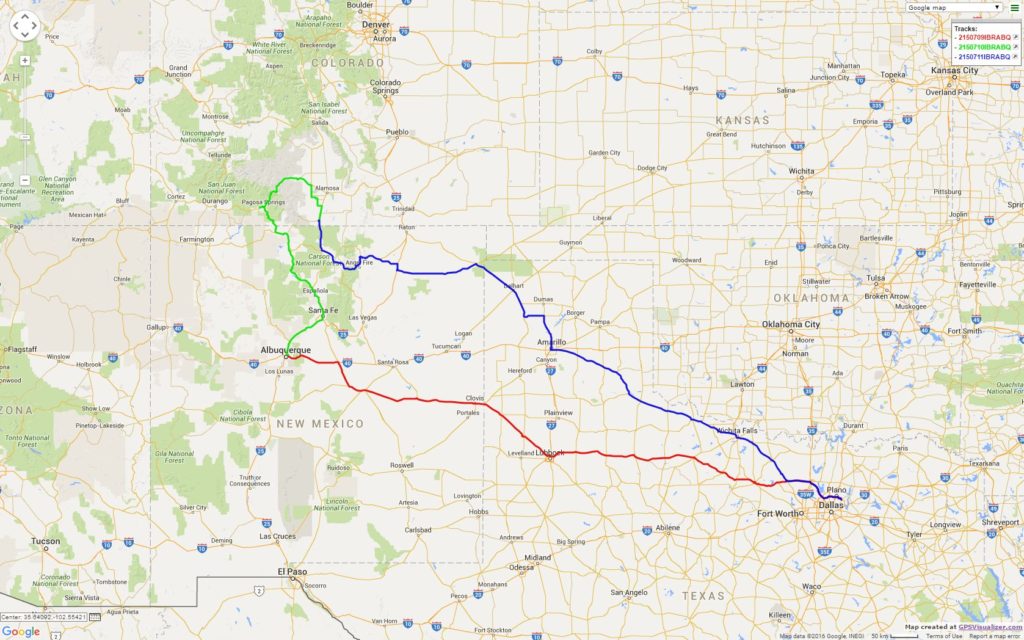 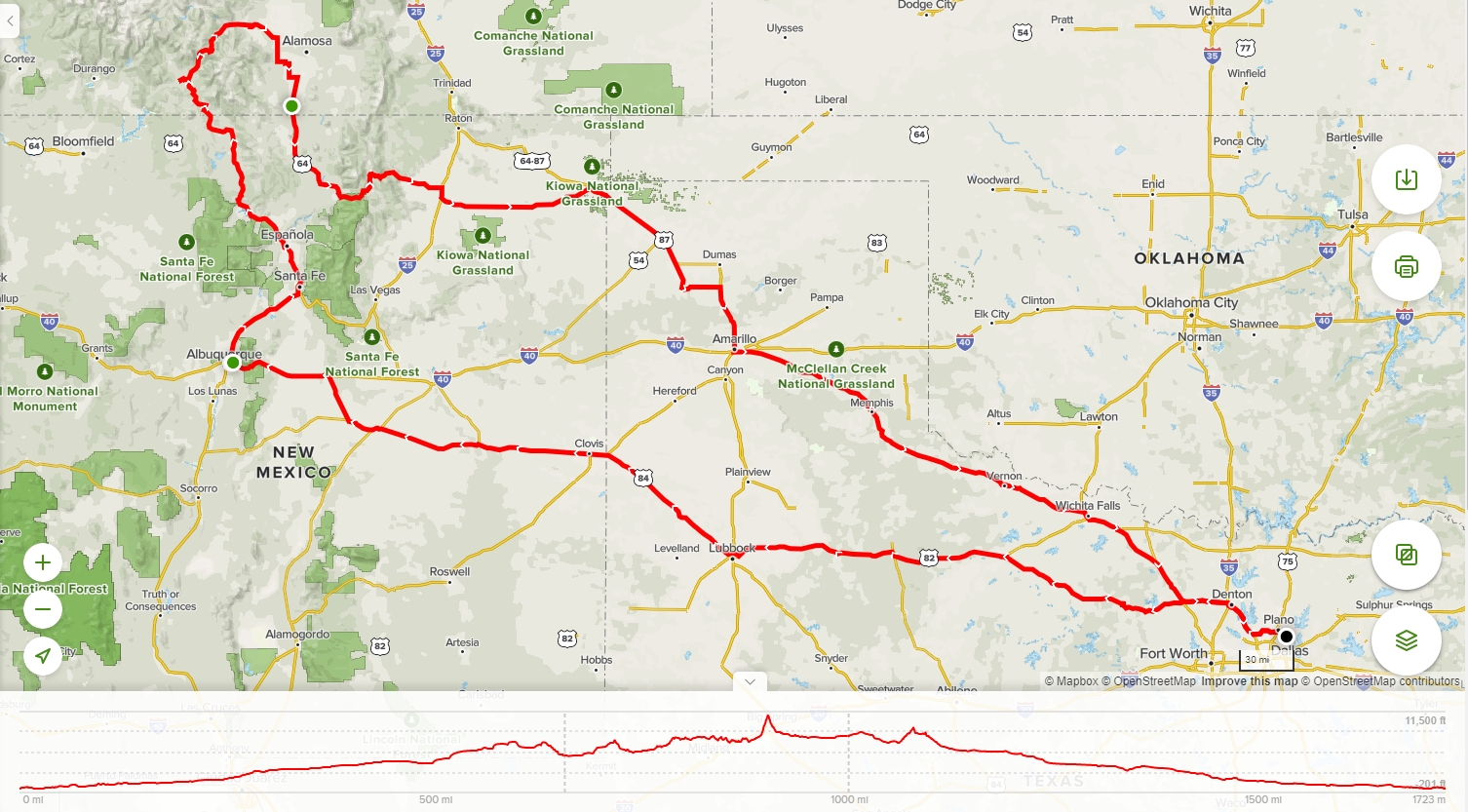