Yesterday was a total bust…  I put my gear on early in the morning to join some club riders in Tyler for breakfast, and pulled Katrina out of the garage.  I flipped the switch on the GPS and noticed that the screen did not come on.  I looked closer and saw the switch was now in the “0” position.  That’s not good.  Obviously I left the GPS power up a couple of weeks back when I went to the LSBMWR meeting.  Dead battery now.  Real dead.  So, I put the charger on the battery and went upstairs to offload Mark’s route for the ride so I could join later.  I pulled the netbook out from under my recliner to fire up Mapsource, and found that I had earlier effectively crushed the screen with the recliner hardware.  Not a good Saturday at all…  Took care of all of the middle-age senility casualties through the rest of the day, and was still ready for some kind of moto event for the weekend.

Rick Fairless’ Strokers was hosting a bike show Sunday afternoon, so that’s the ticket.  I wound up running into a lot of the club boys at the event.  We enjoyed the mix of eclectic crowd and eclectic bikes. 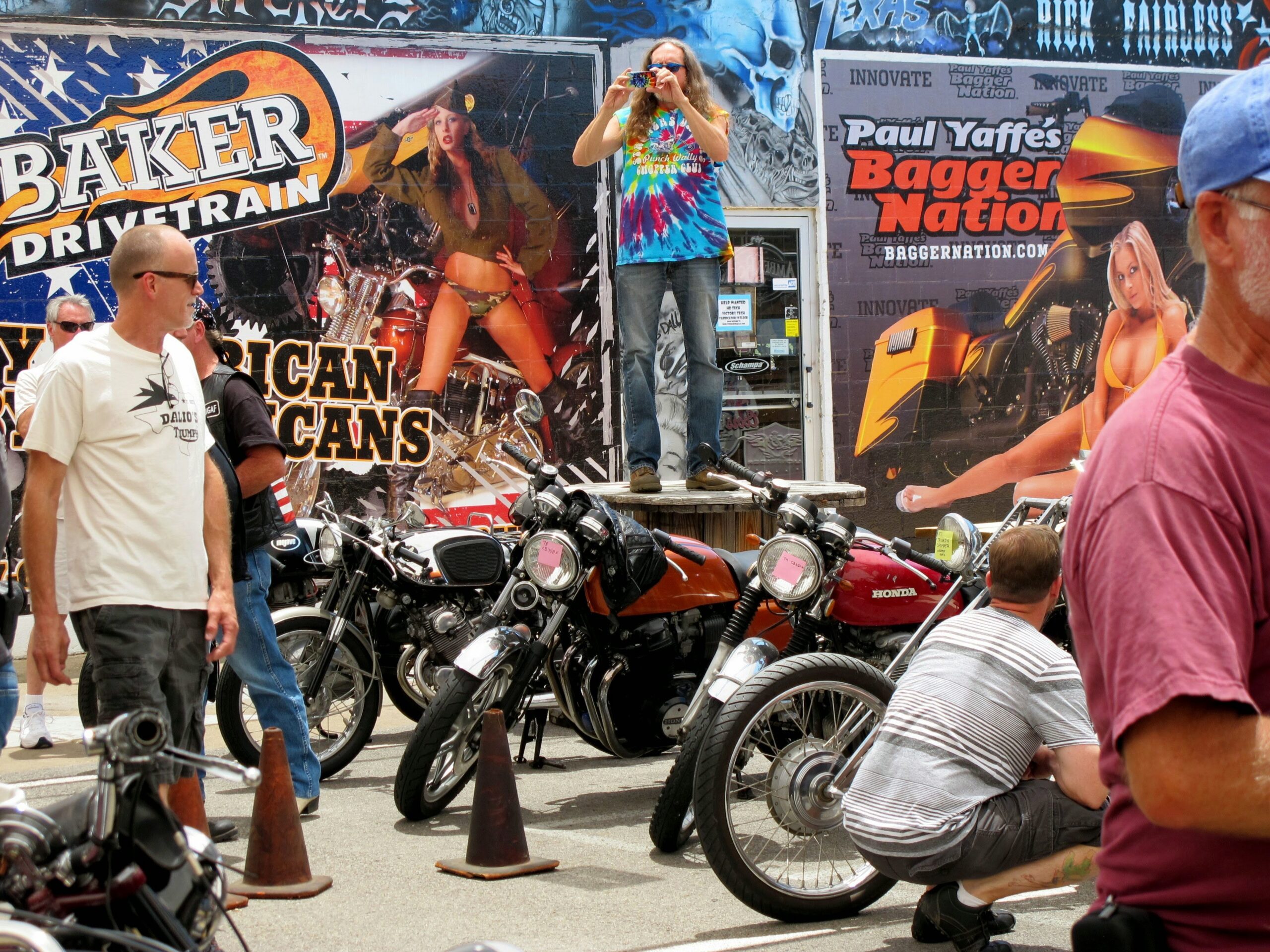 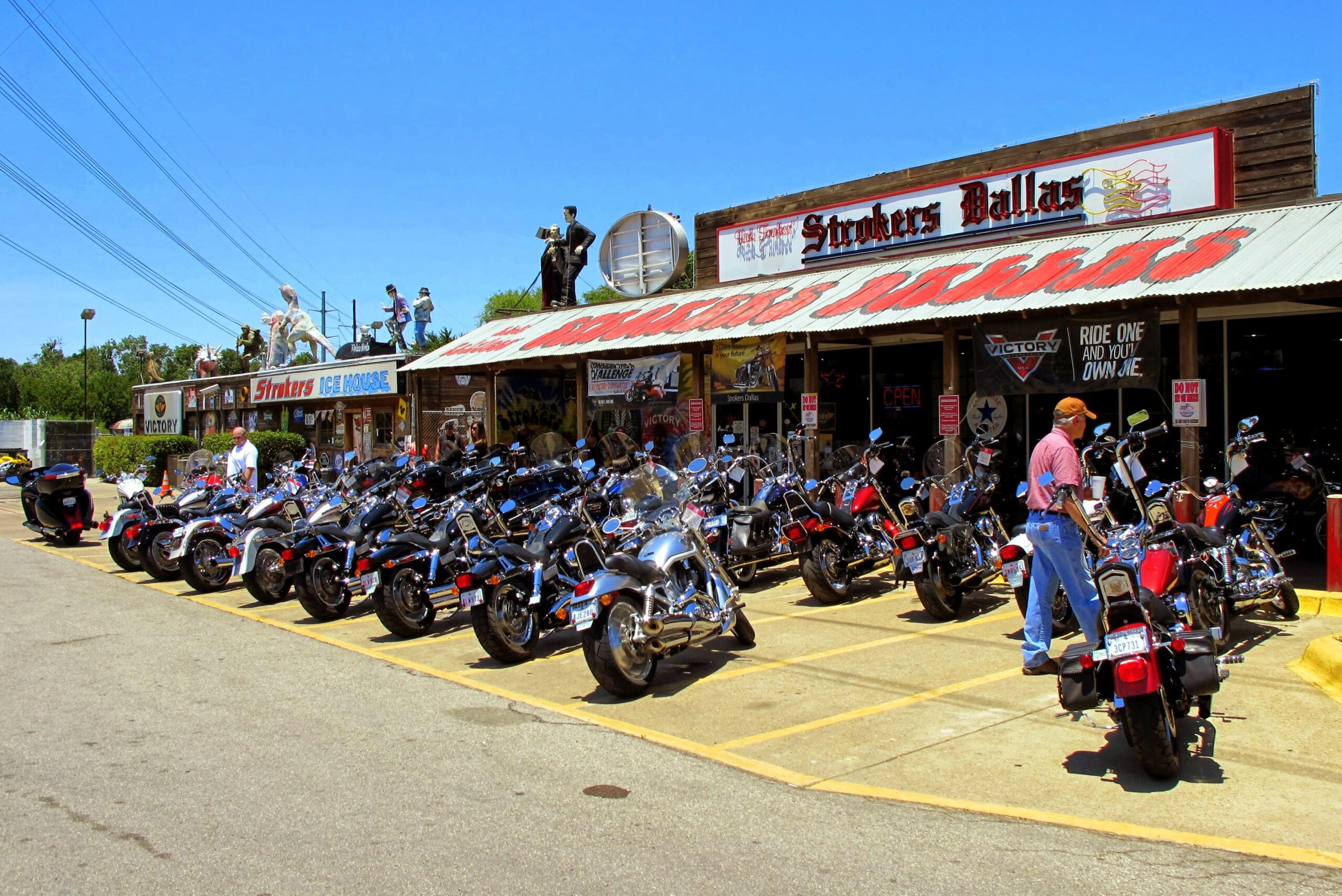 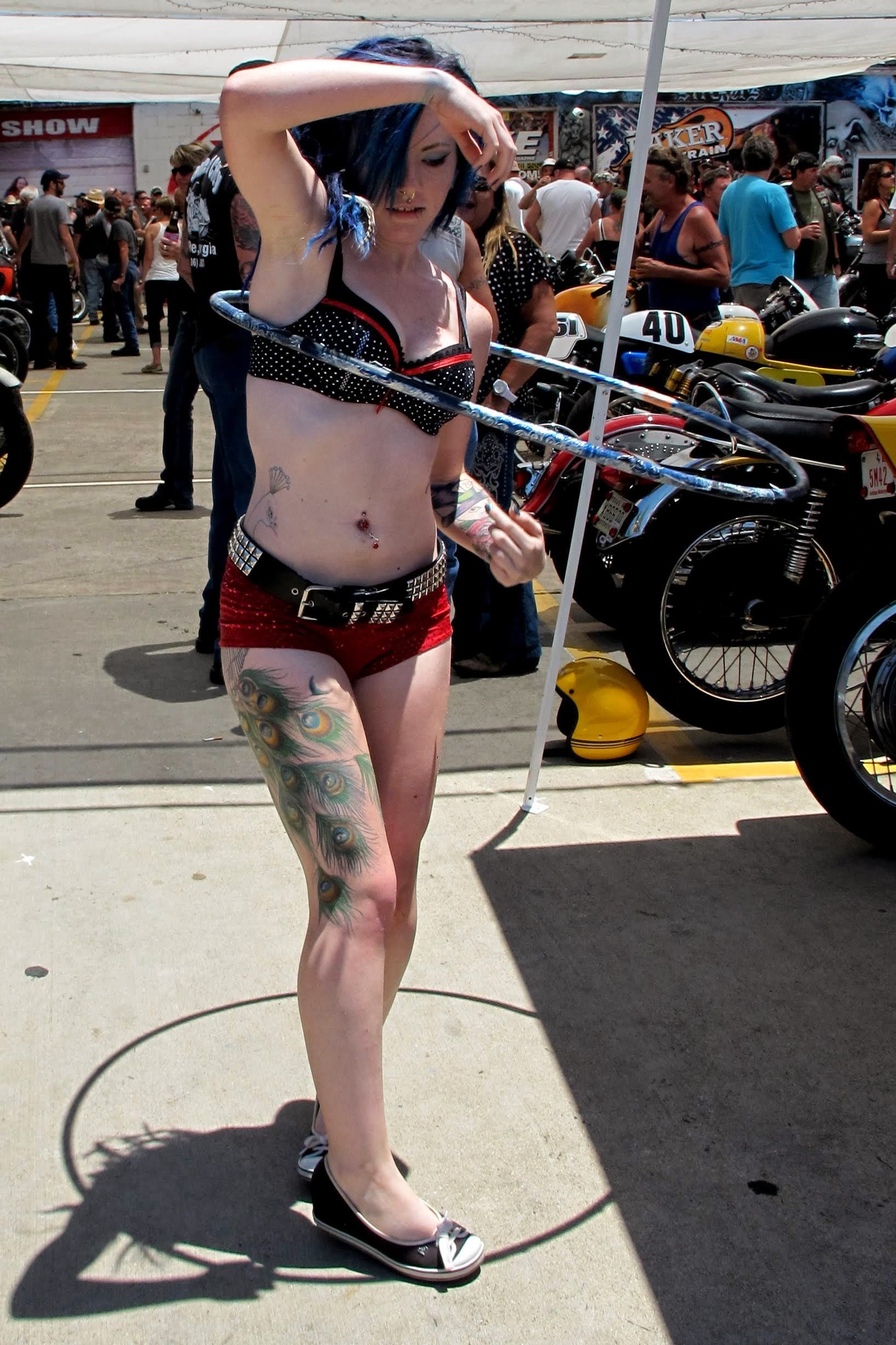 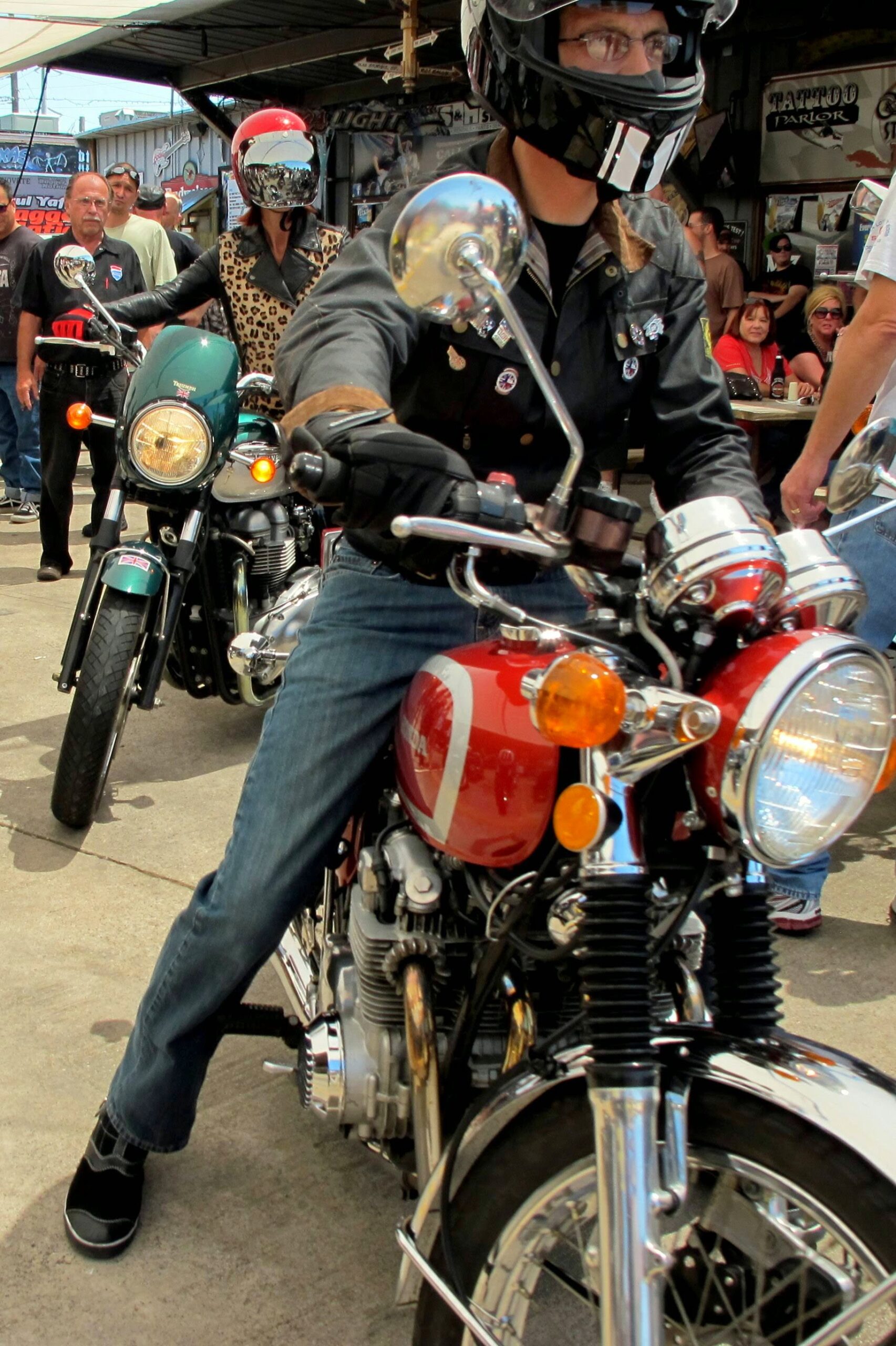 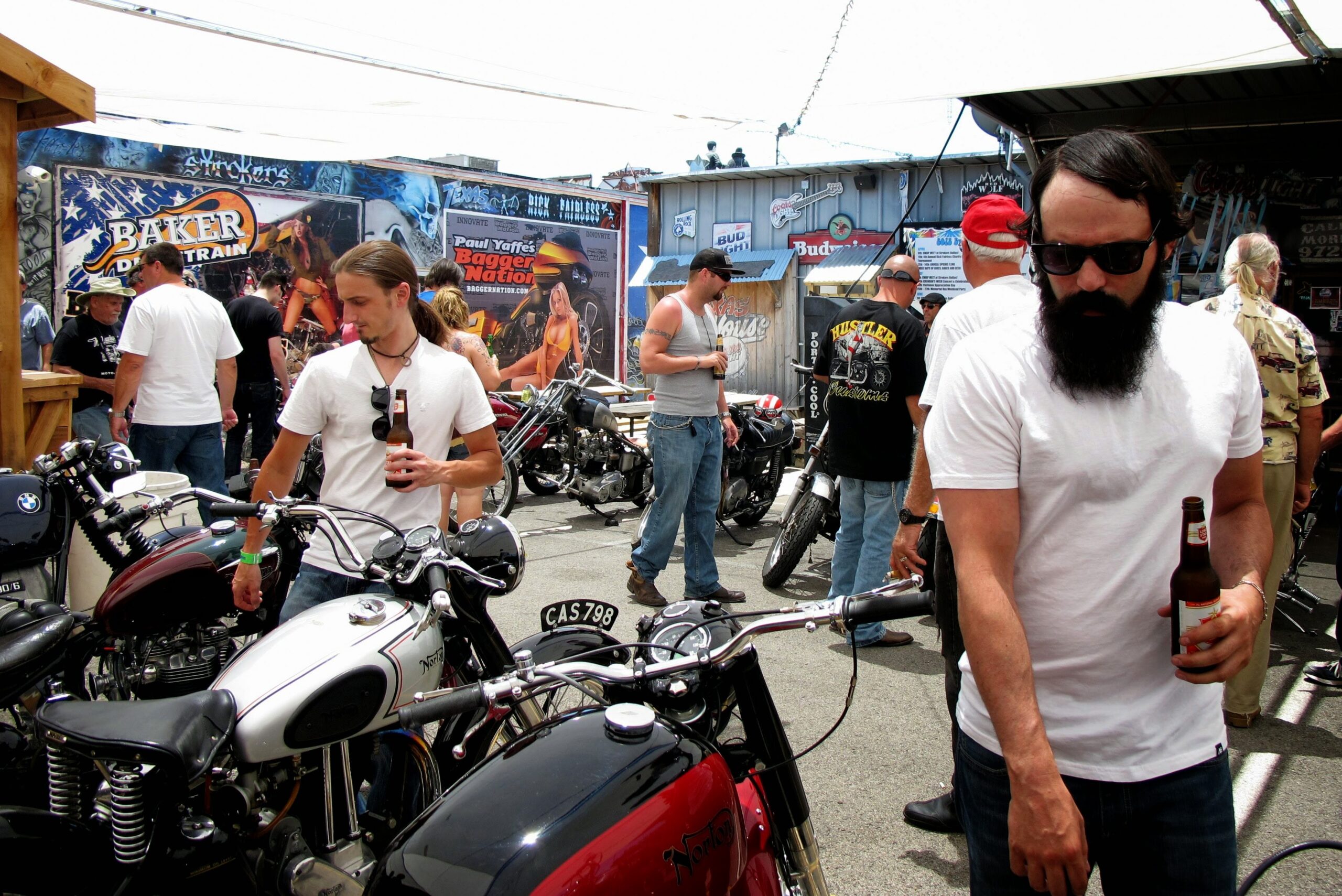