David mentioned to me early this year how cool it would be to see antique motorcycles on their journey across the United States during the Motorcycle Cannonball. Hot Springs looked like a good destination for this, with Friday being a rest day for the riders, and the winding, hilly roads of Arkansas to follow along for a while. The convention center was hosting the 37 remaining pre-1916 motorcycles out of the 45 that had started 8 days earlier in Kitty Hawk. Many of the bikes were scattered about the concrete in various states of repair. We walked about the riders and mechanics, speaking with some of them about the old bikes and how they came about owning them. 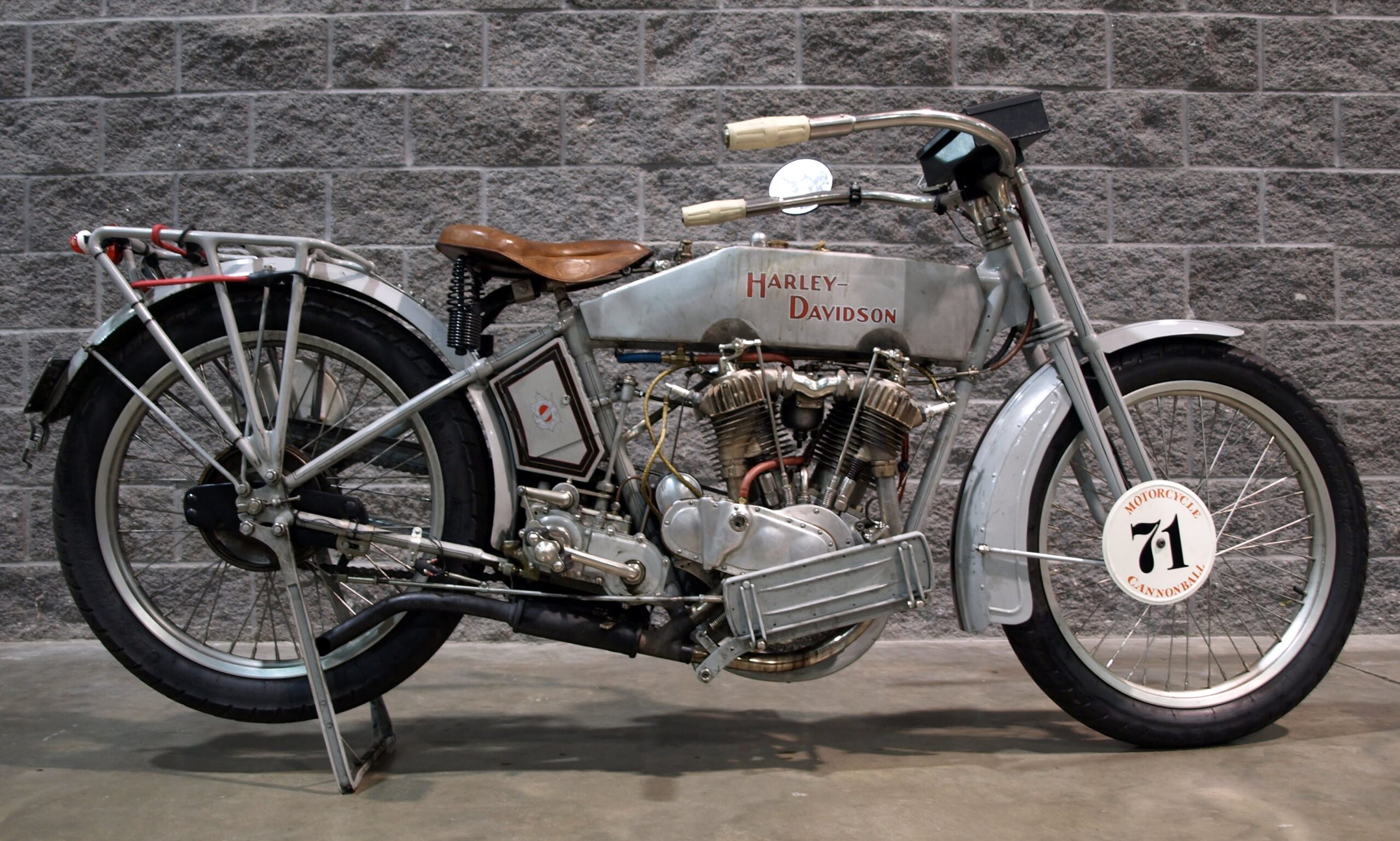 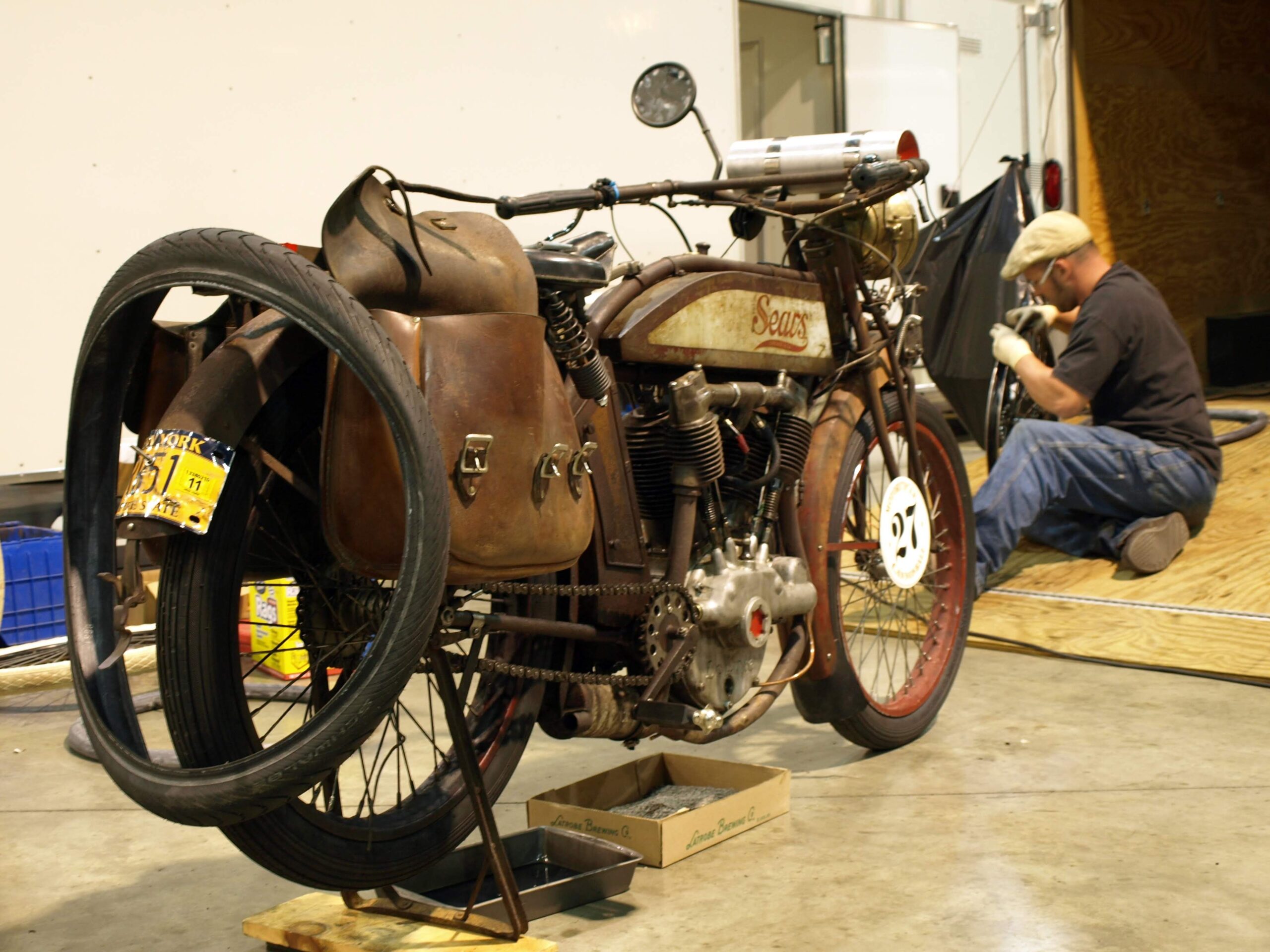 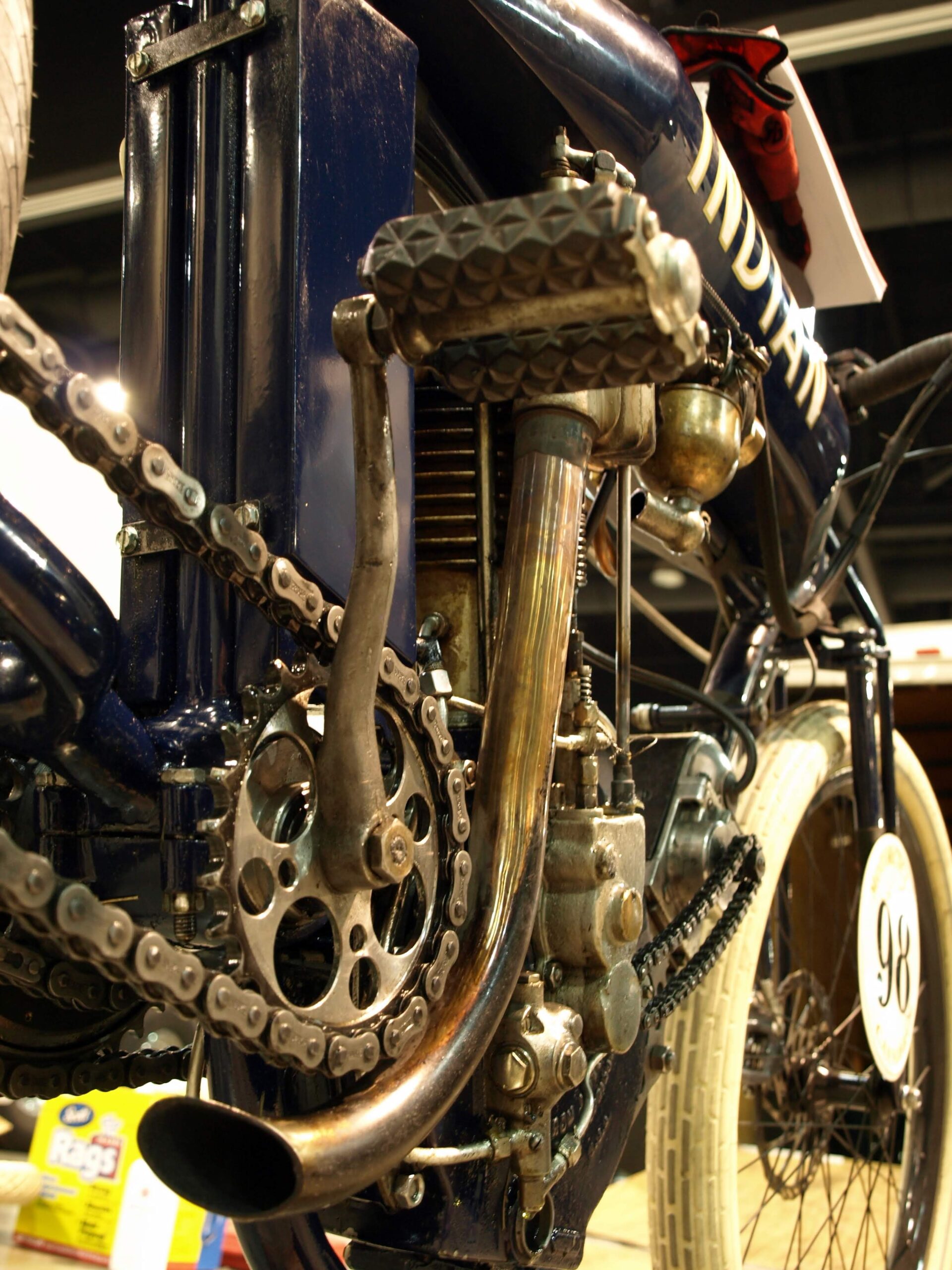 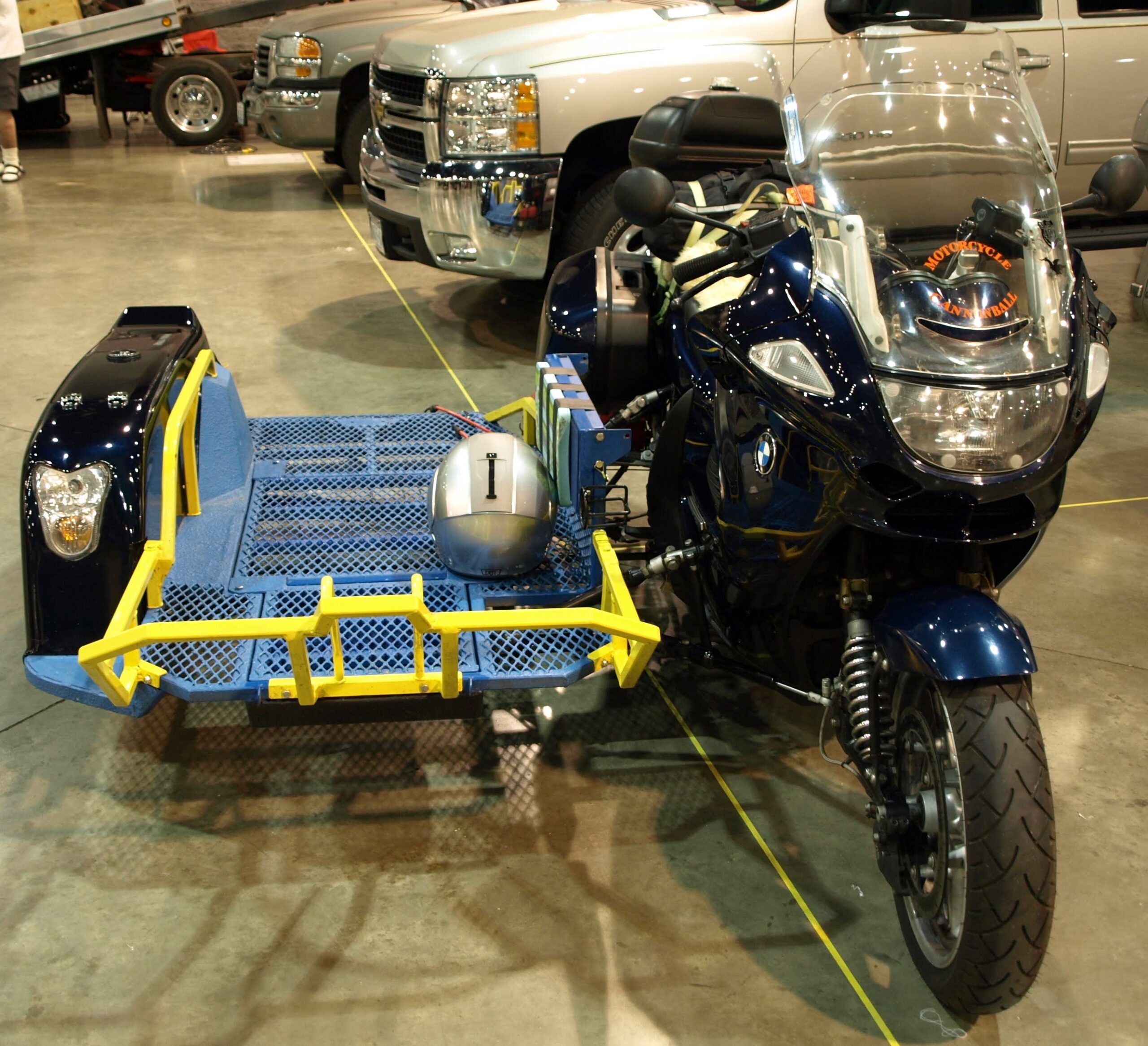 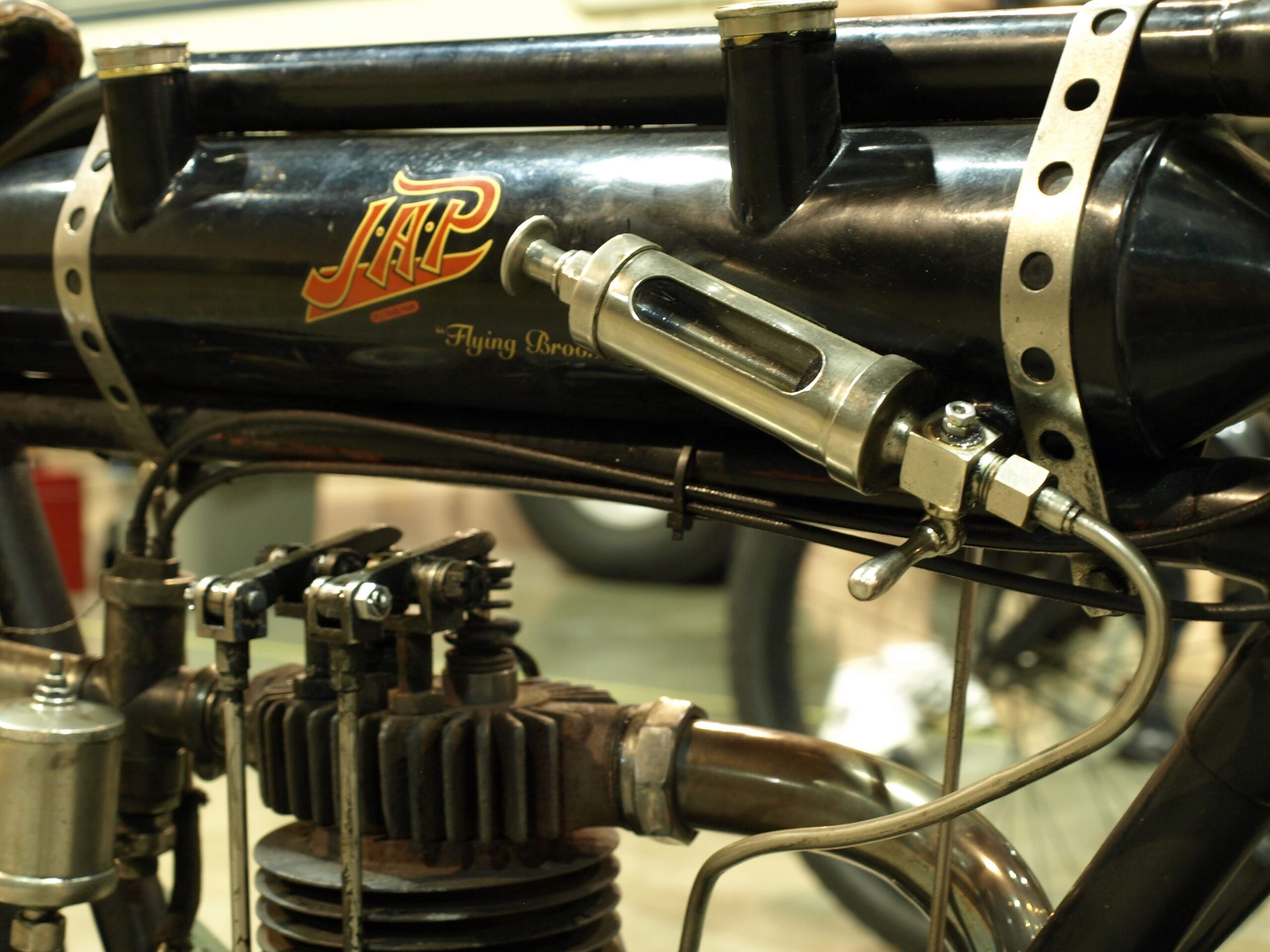 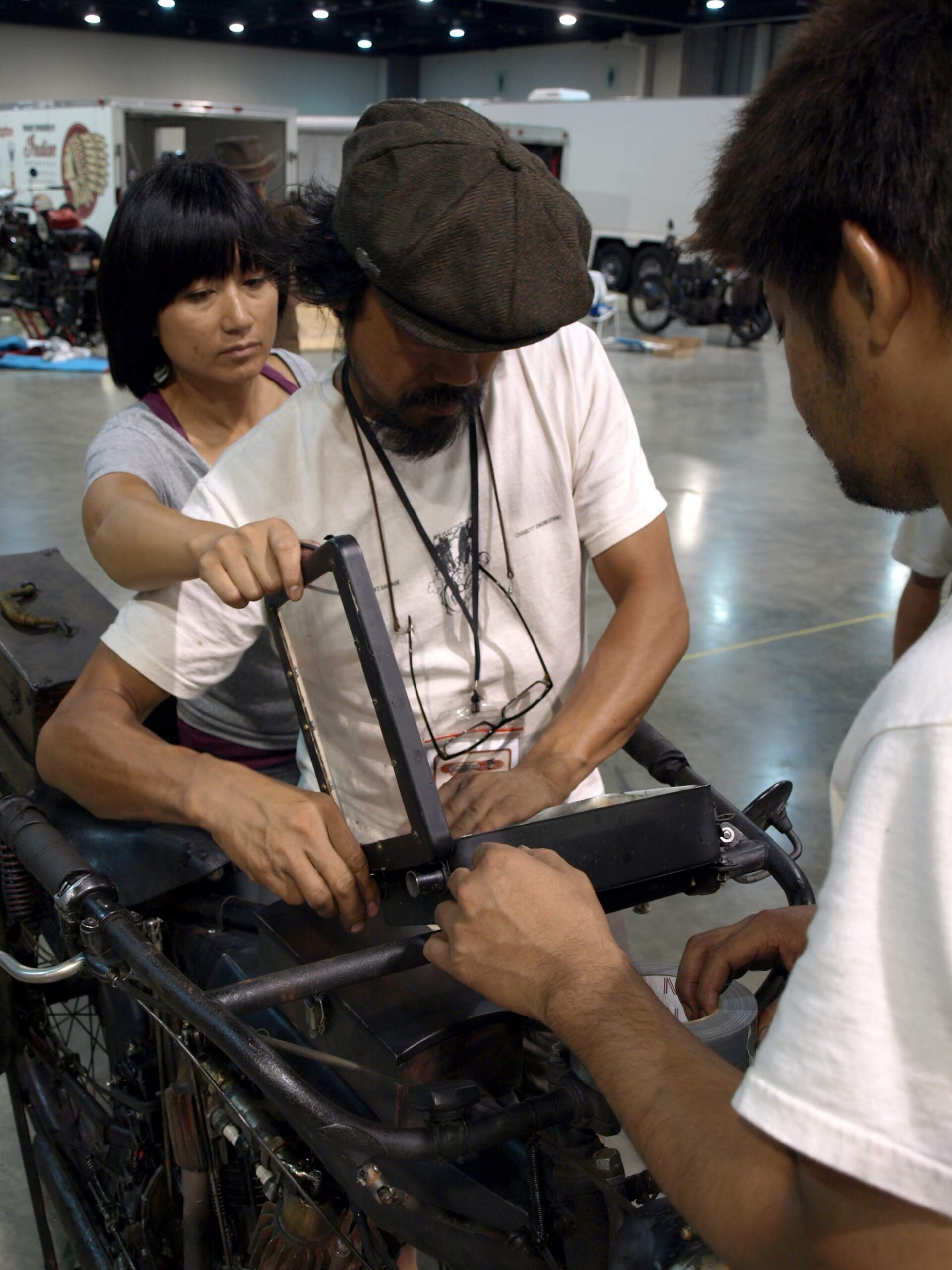 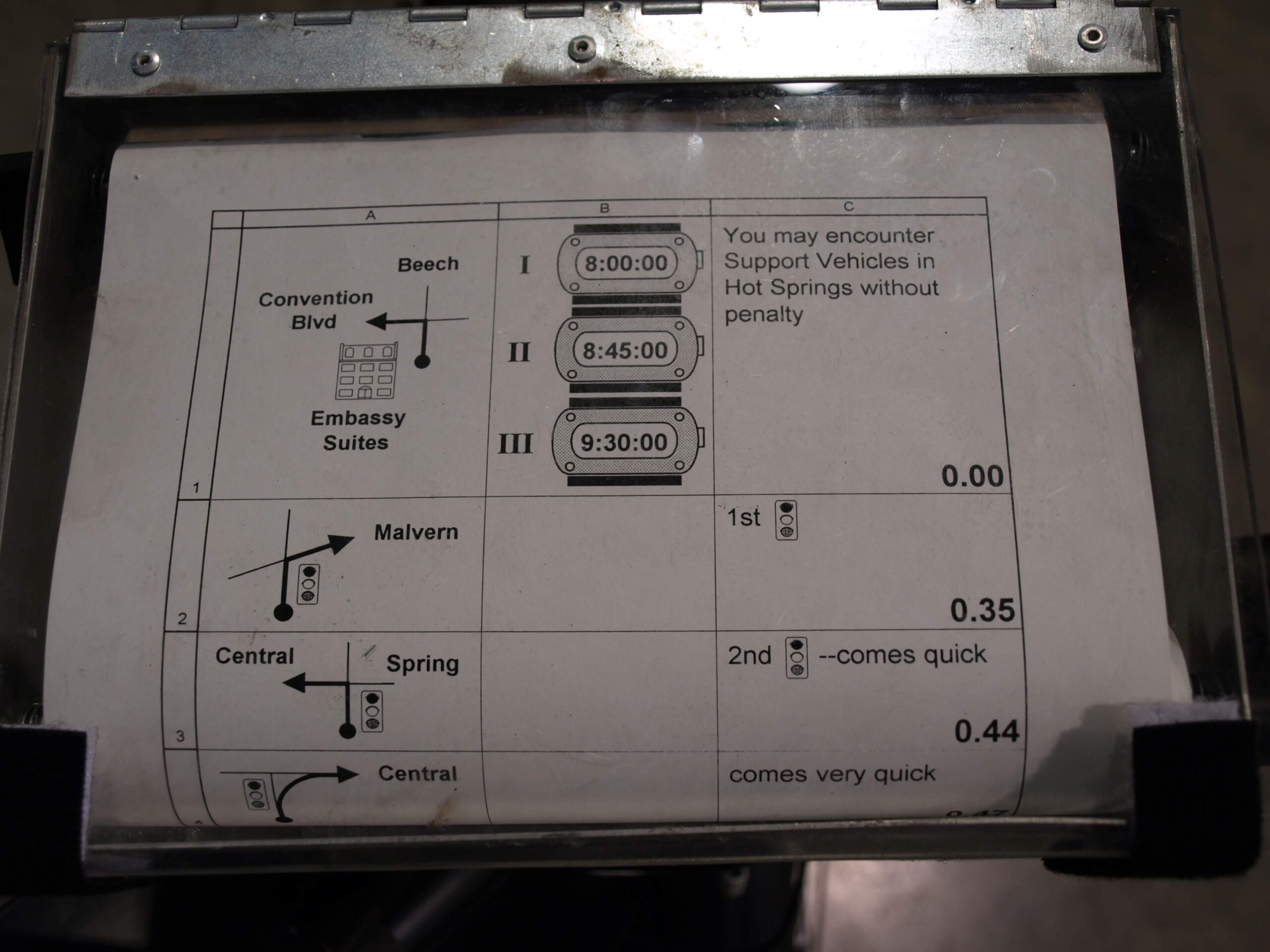 The US Navy Jazz band was playing Friday night at the convention center.  What a treat! 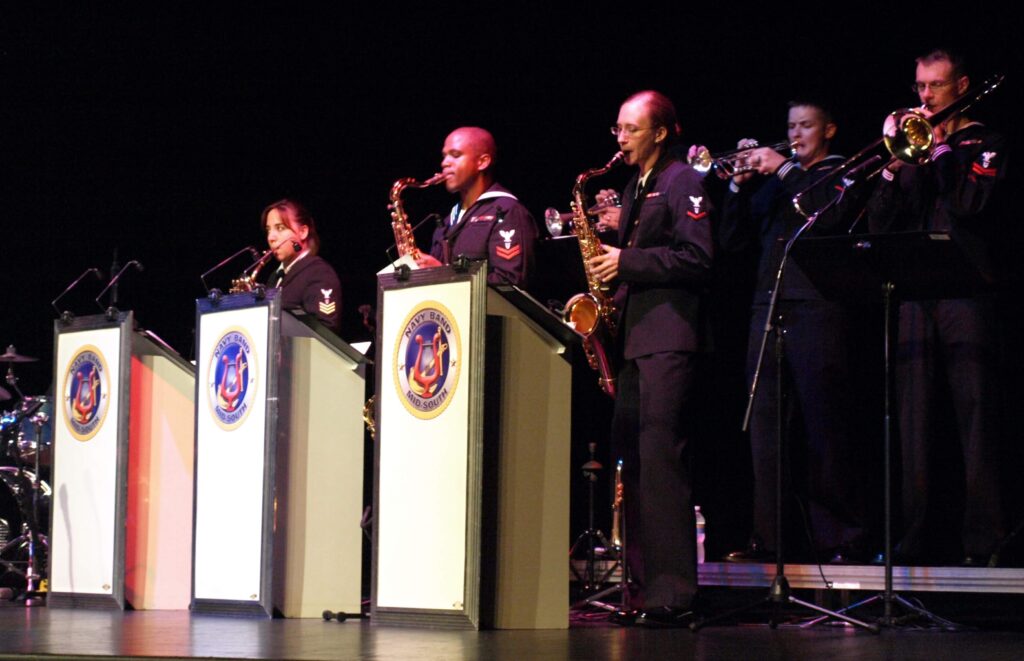 Later that night when we returned, there were fewer pieces of motorcycles and more whole motorcycles. The “Detroit Devil” was together again and running amongst cheers from all. It had a broken piston and rod, replaced with one from a tractor. 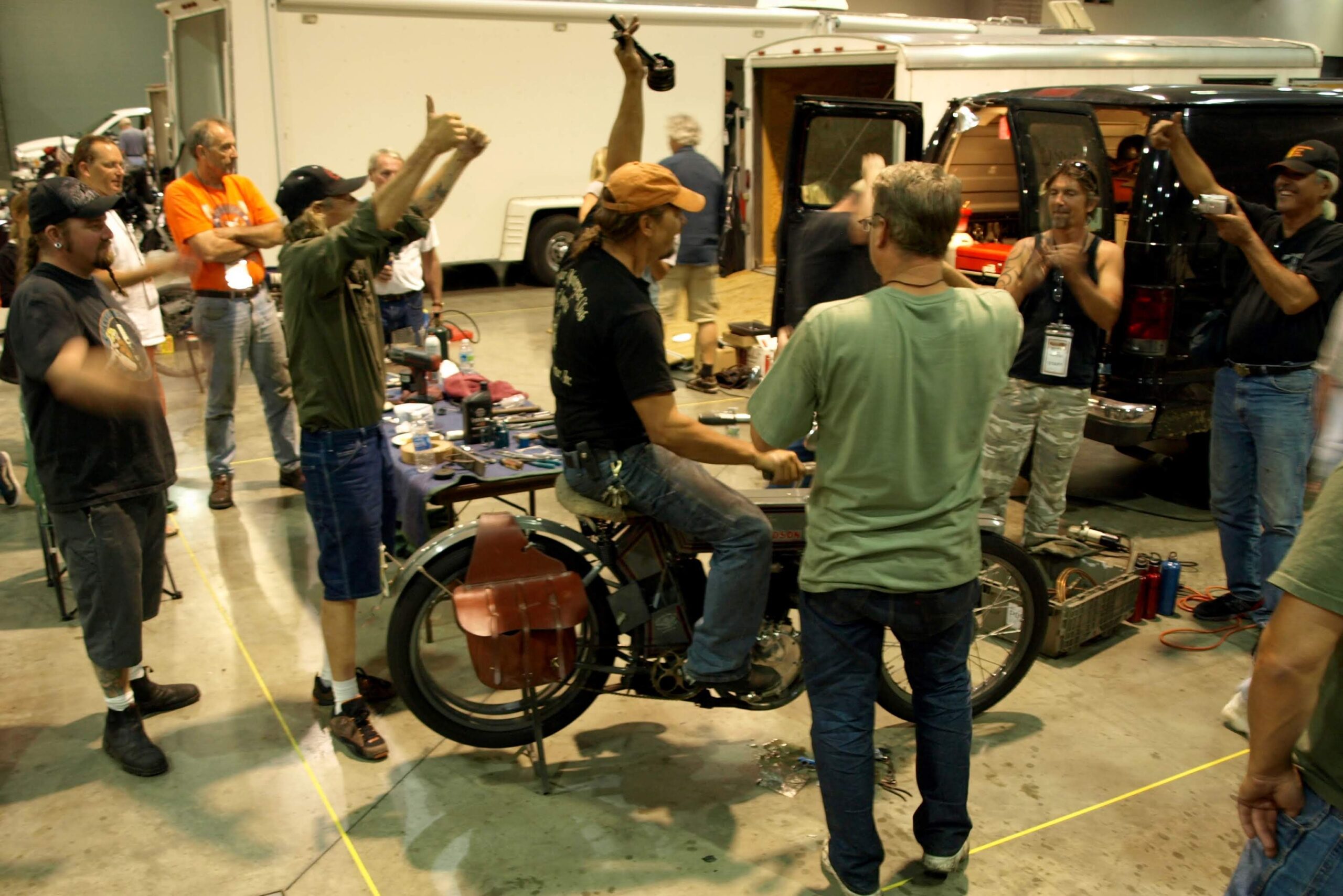 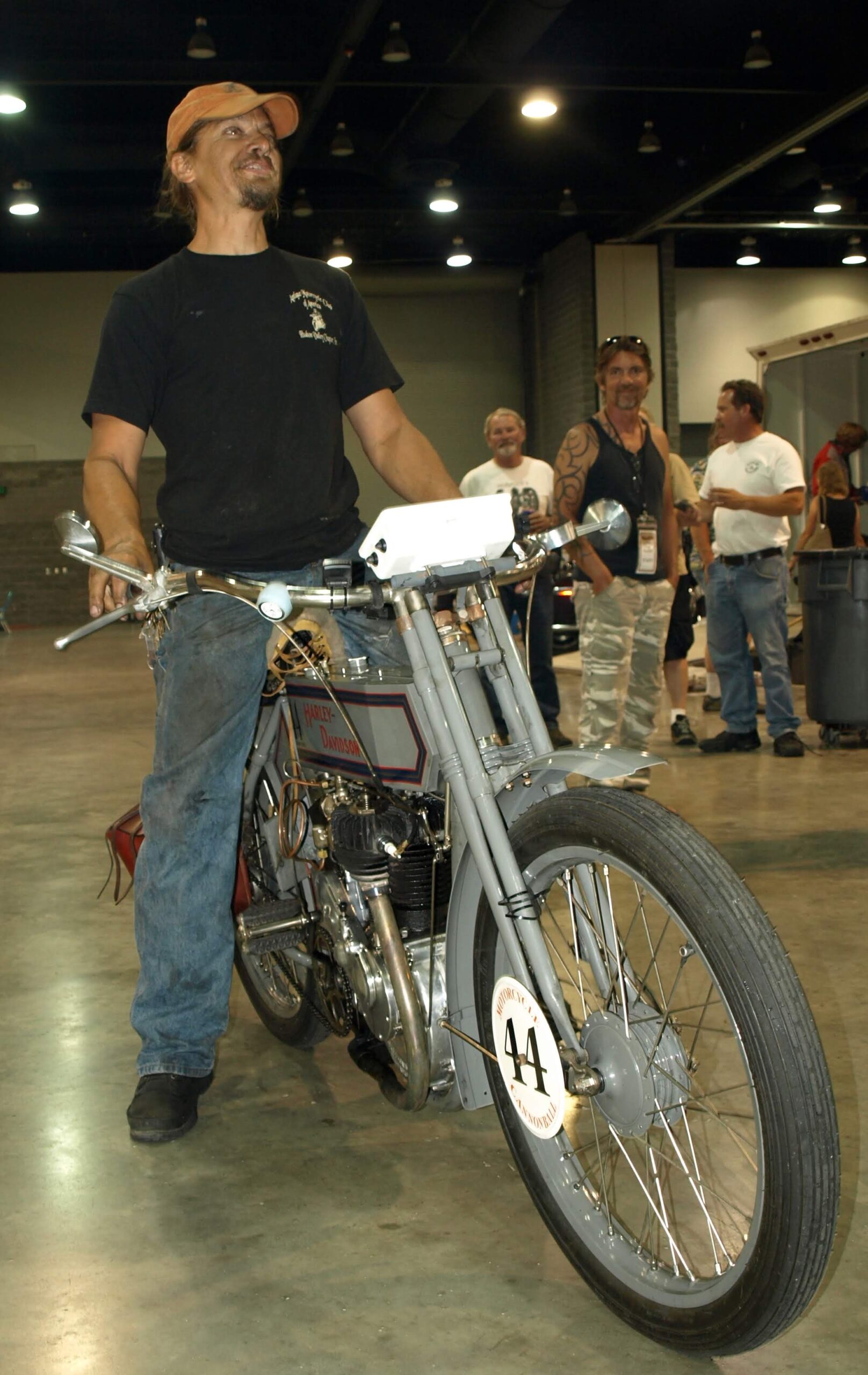 We followed the riders on their way through the forests and hills on their way to Fort Smith. Wherever we saw the old bikes at fuel stops, the crowds started gathering immediately. 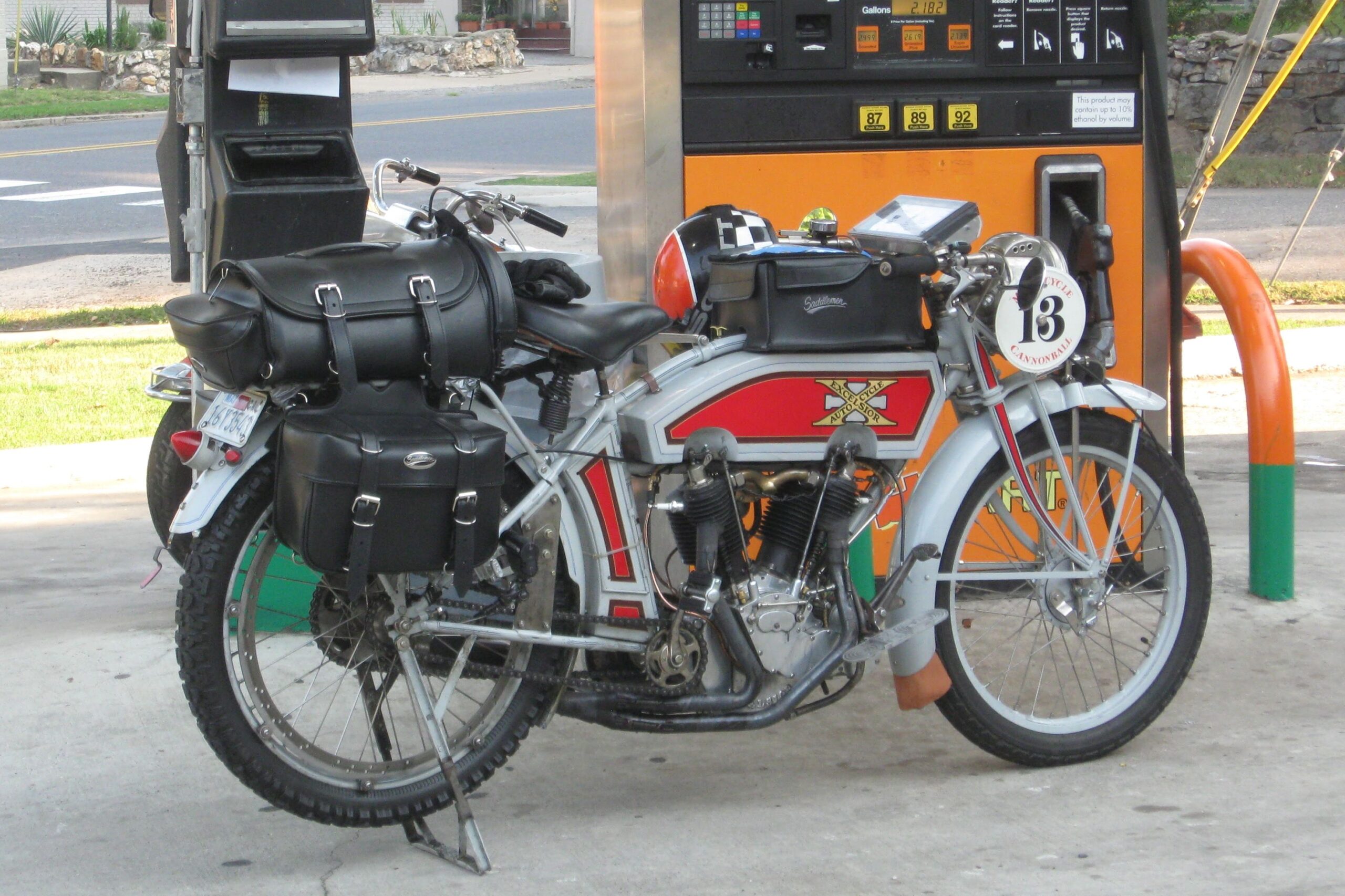 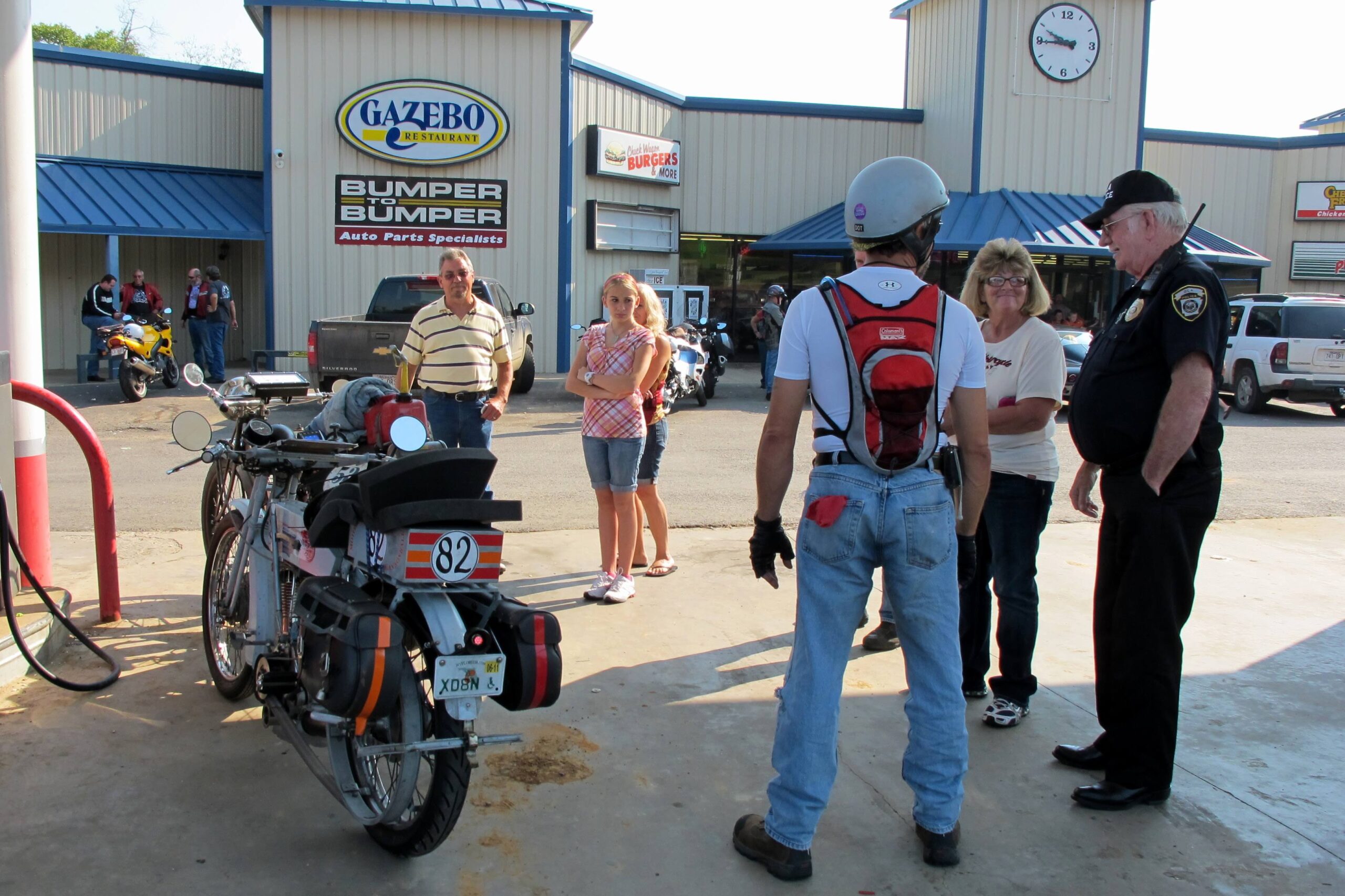 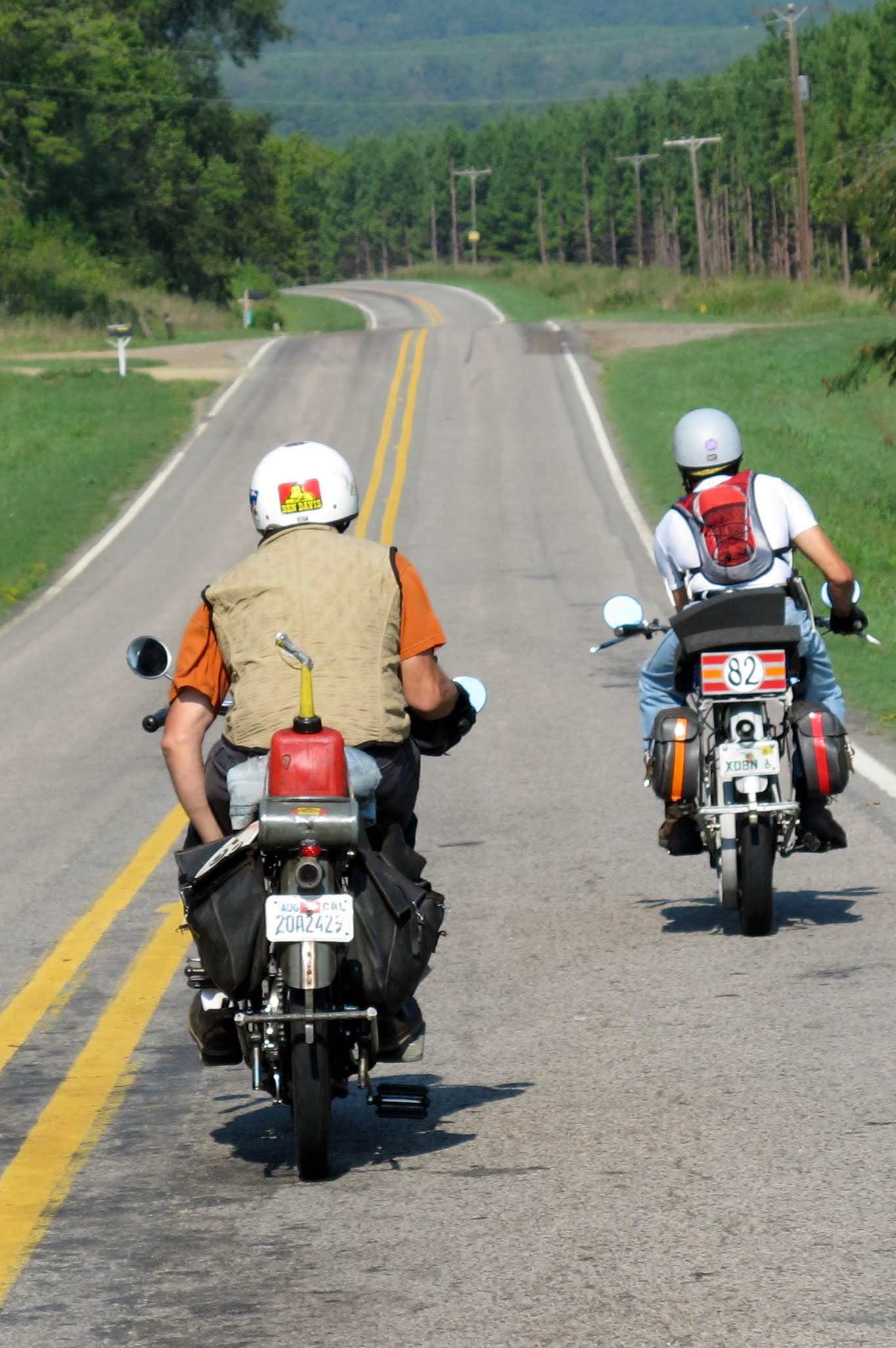 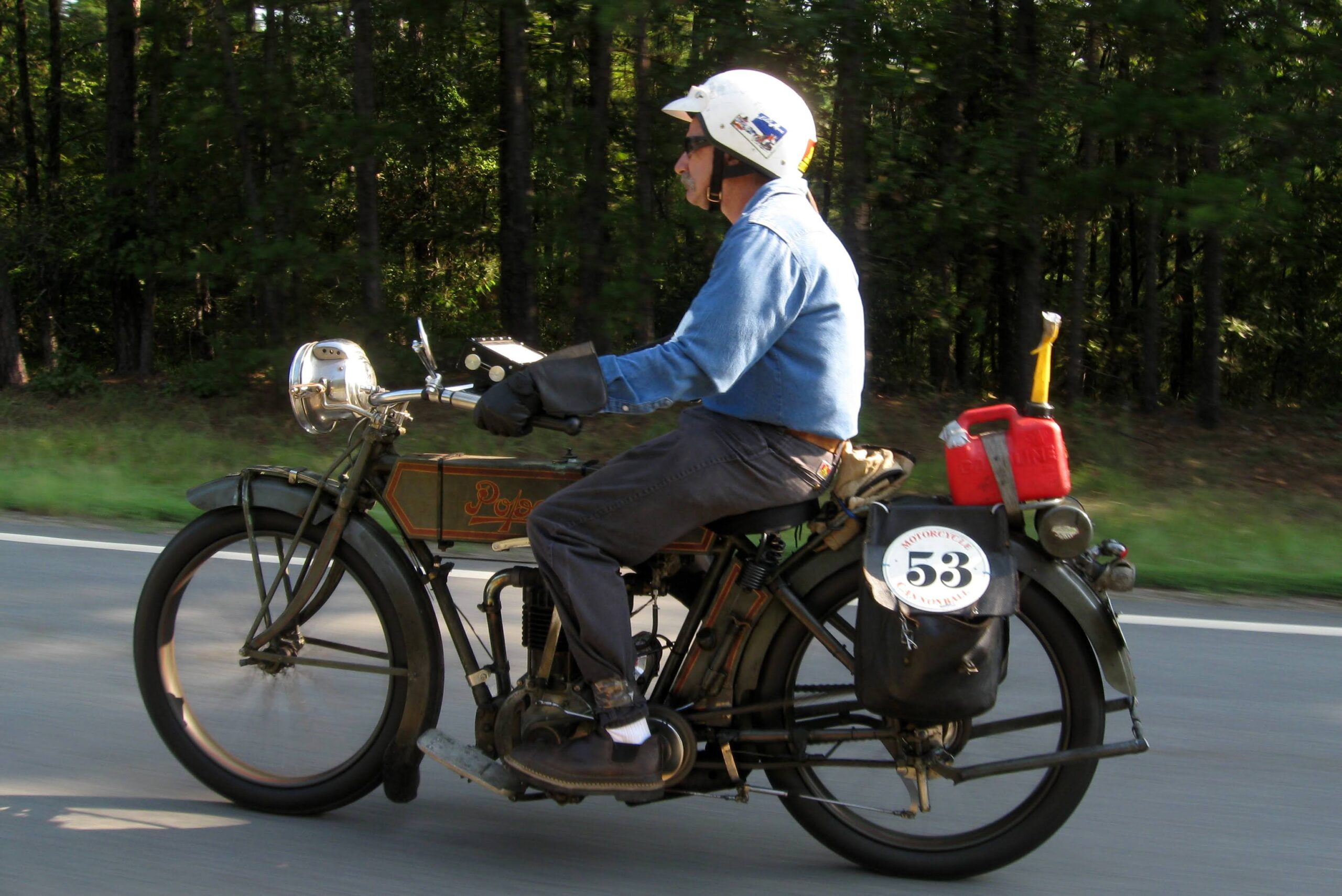 At a lunch break in Danville, one rider was heard to say “What, we’re not over the mountain yet?  I’m done…”. 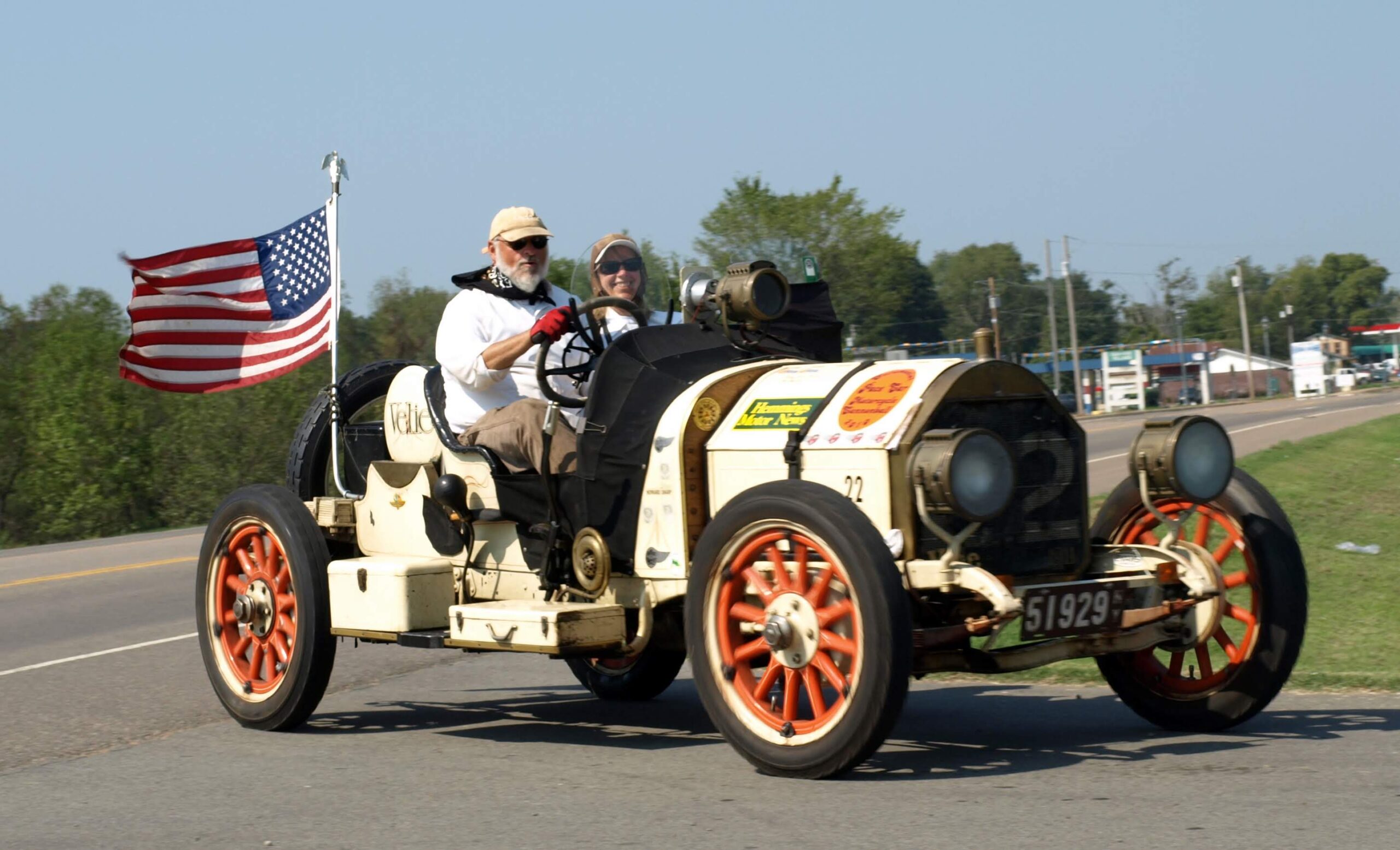 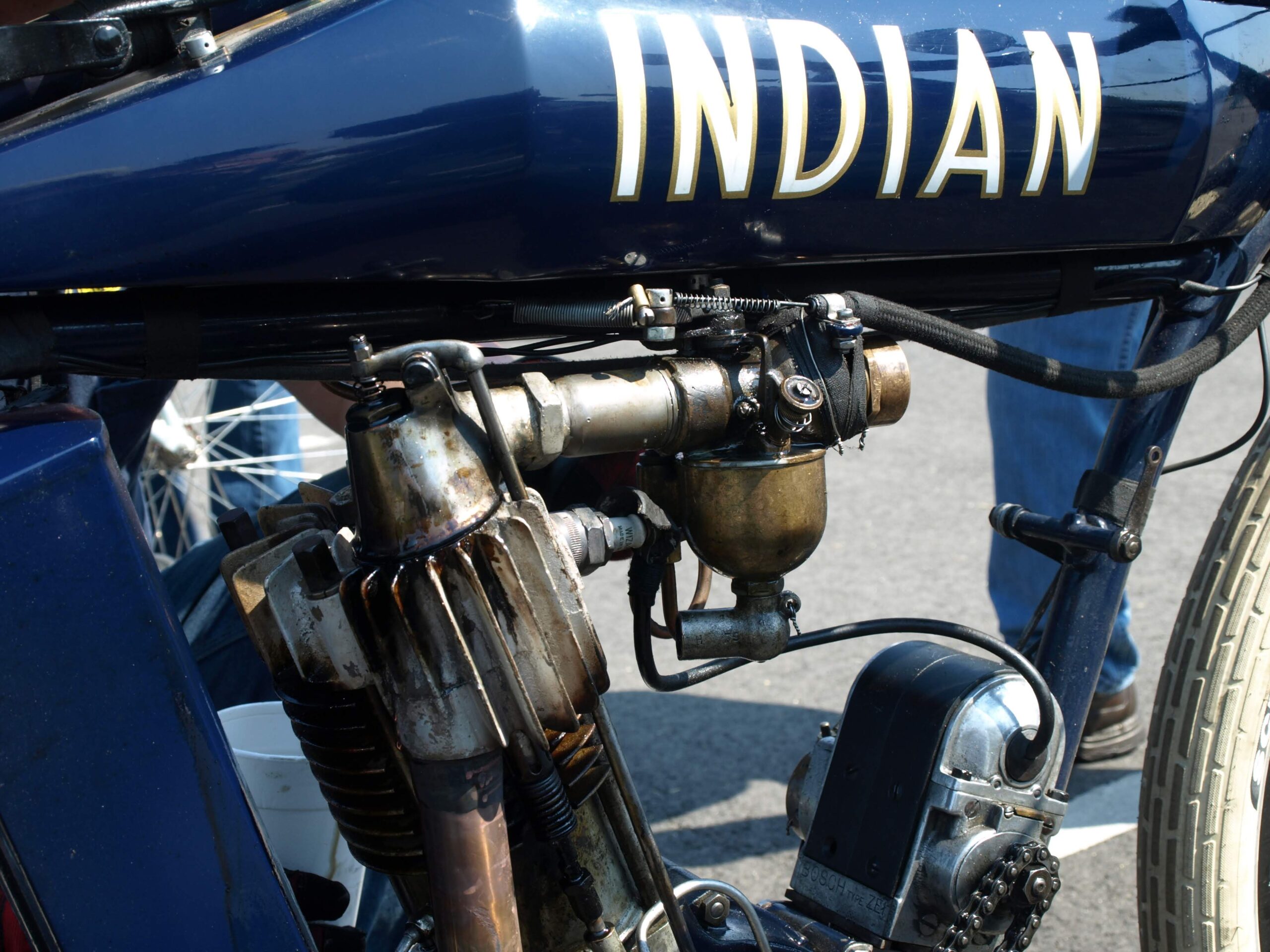 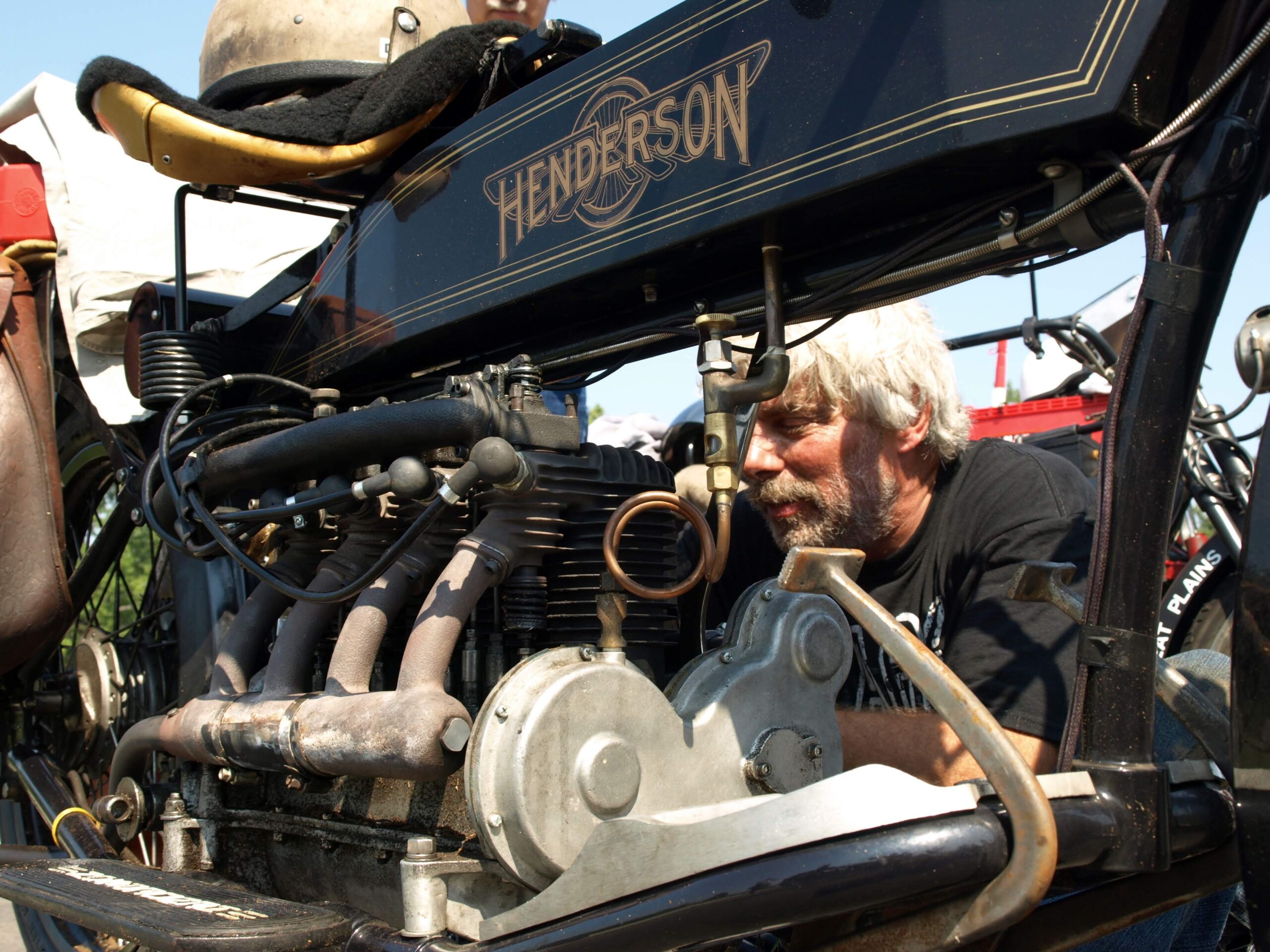 Mount Magazine is a substantial climb, but we saw many of the bikes make it over just fine at their 45 to 50 mph max speeds on the flats. 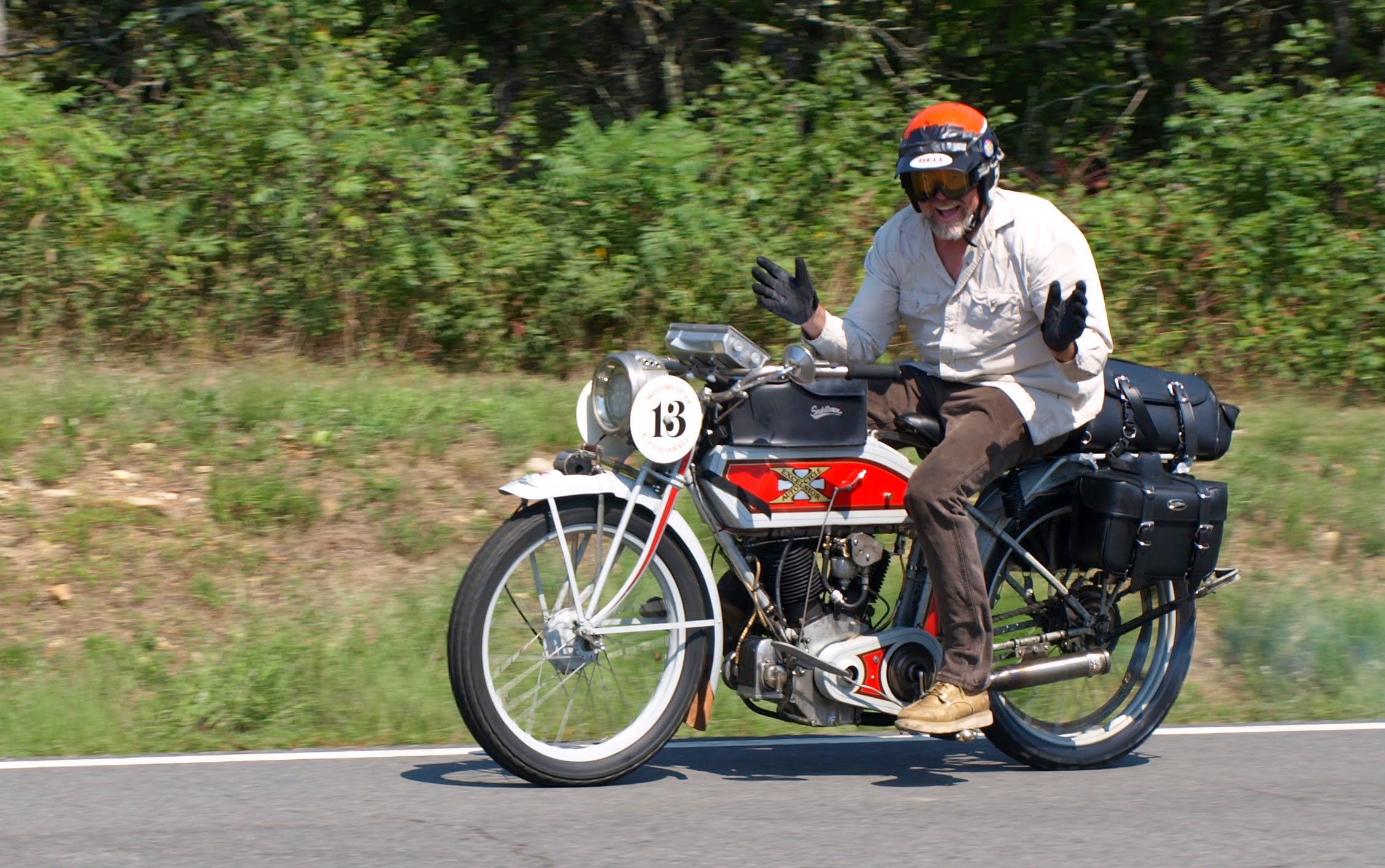 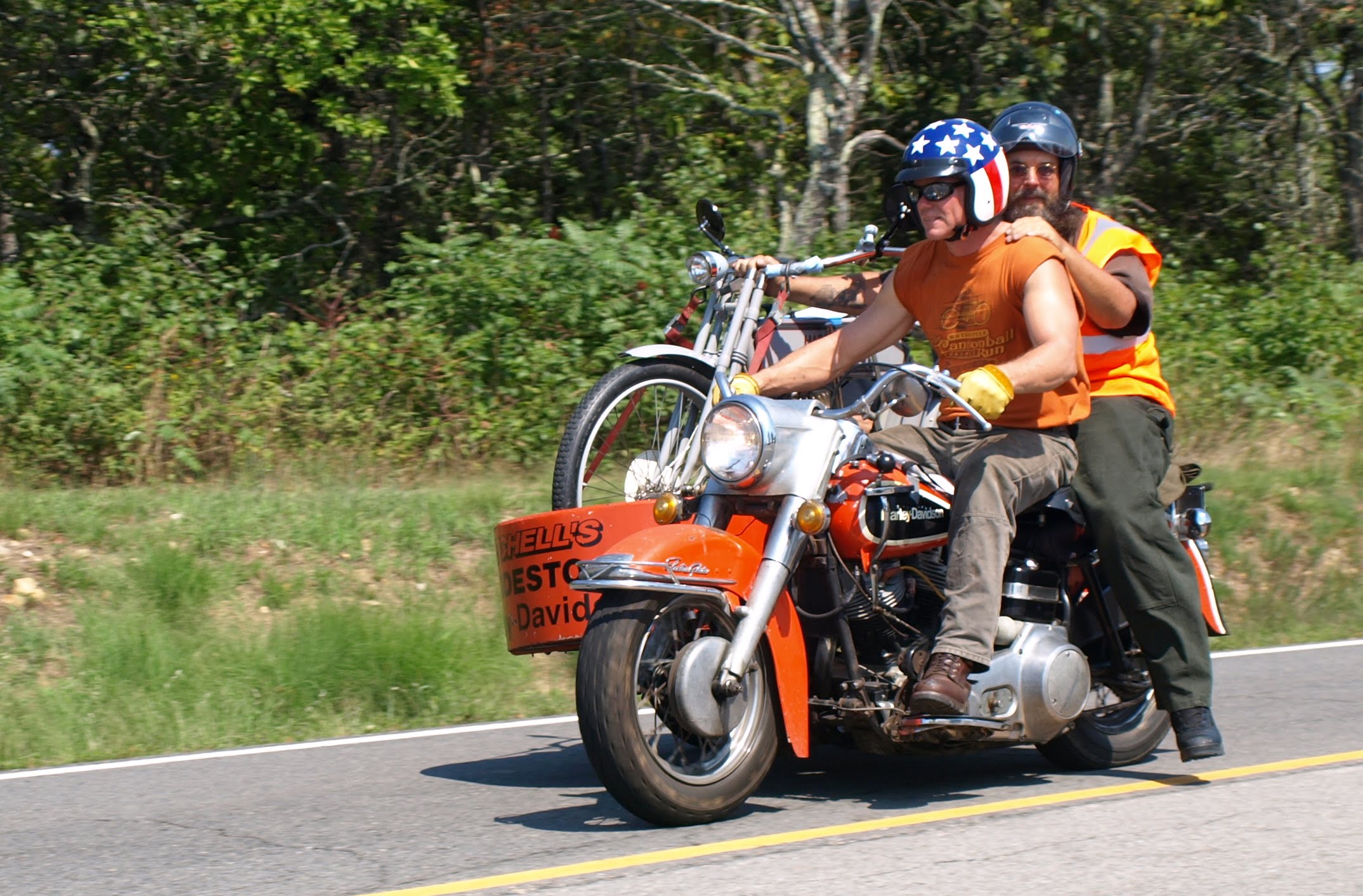 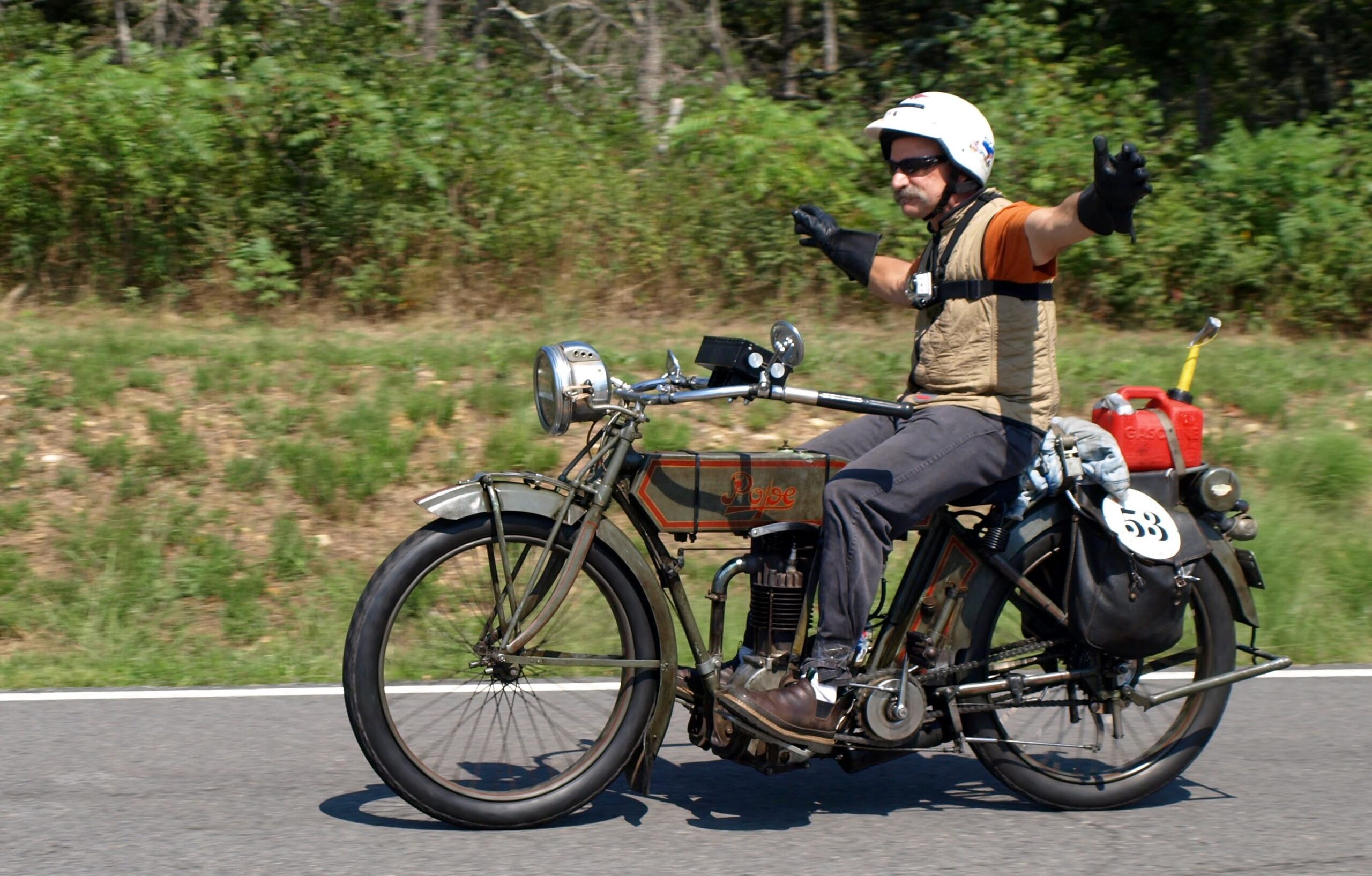 This was a unique couple of days seeing the old bikes and their eclectic owners. The ride was not too bad either, except for the heat. 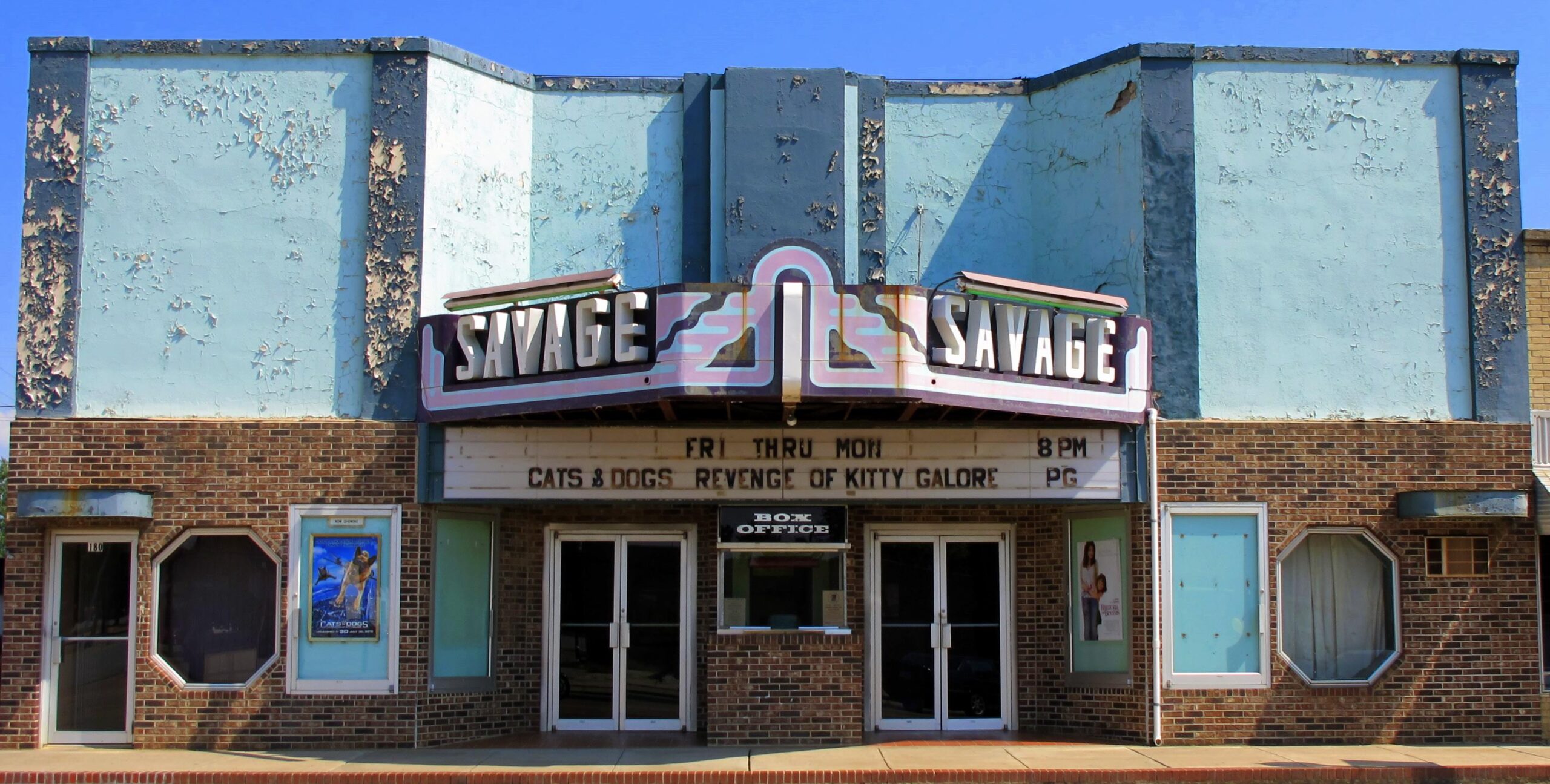 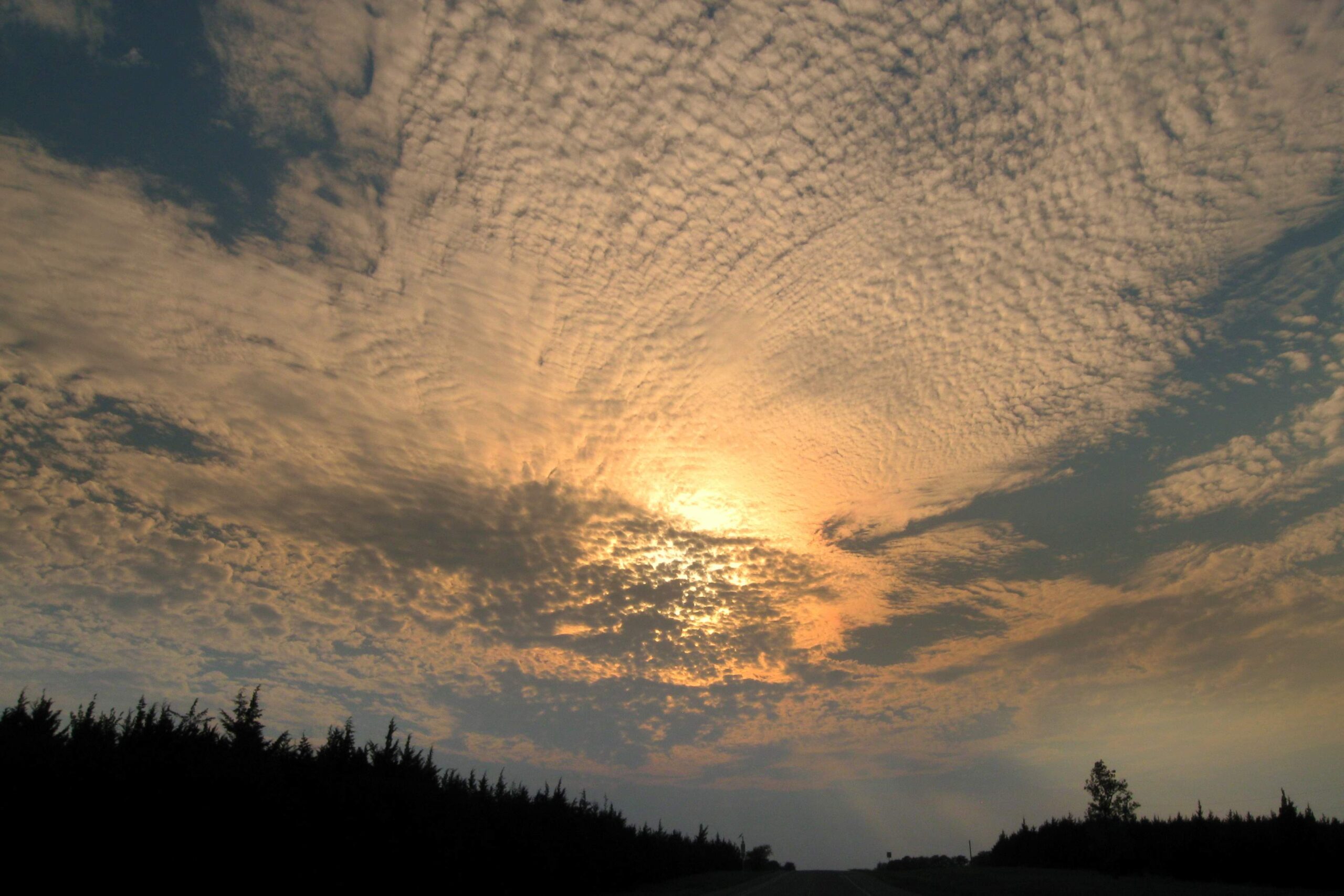 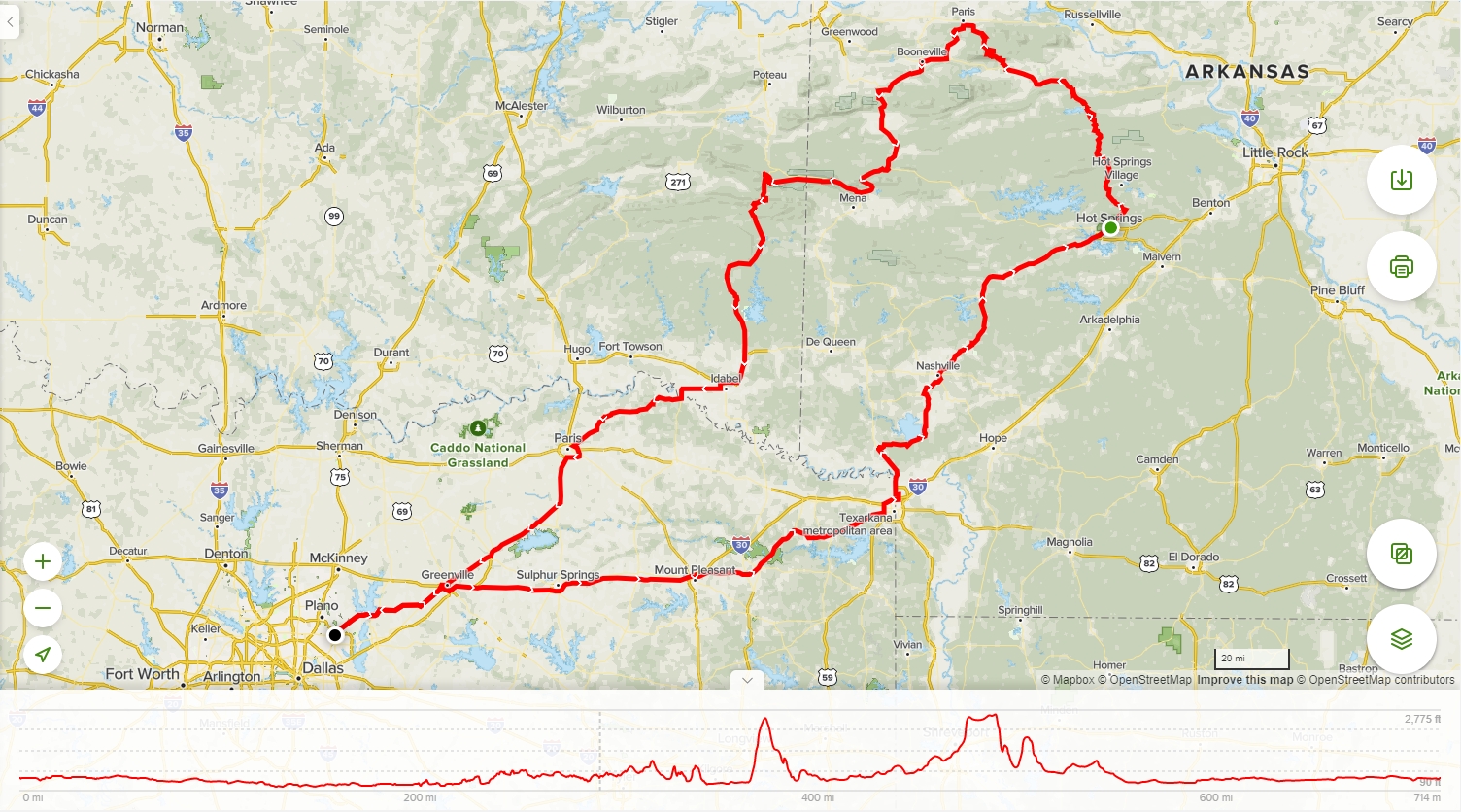