The Red Earth Rally Lite was being hosted by the Oklahoma BMW Airhead Riders in this canyon that drops out of the surrounding farm land.  One could drive by on the highway and never know it was there.  The ride up was a swift one since we left at 4:30 in the afternoon.

The Ft Worth and Oklahoma clubs were having some kind of air compressor shoot-out when we dropped by their camp.  All varieties of compressors were lined up on the ground, some that had been dissected out of their original housing, and others just as they looked on the store shelf.  While the “performance test” was being carried out, they offered up brisket and fixin’s to us, which totally hit the spot.​

Bo and I set up our tents alongside Charlie, Dan, Jim and Allan’s home away from home.  We sat a while and talked as the darkness fell upon us, and then the Moon lit up everything as it rose.  After an enjoyable shower (bring quarters), I climbed into my tent and watched the clouds pass along lit up by the moon.  The temperature was perfect, and the high winds from the earlier ride was making sleep very comfortable.

Sunday morning, I awoke to Allan brewing coffee (woo hoo!).  He offered some to me which I did not hesitate to take.  I walked about a while and did some very simple free climbing up the side of a low ledge, and then hiked up to the top of the high ledge, where there was no forgiveness with the slope dropping immediately into air.  One bad step, and a very serious change to the day would begin.

We packed up, and rode to Sterling for breakfast.  The wind was vicious, and much more bearable head-on instead from the side.

Bo took us down some of his typical back road finds, and after a few unscheduled stops to strap down Allan’s camping gear, and to retrieve my eyeglasses (thanks Allan!) we started making headway back home.  Jim finally gave up on us as he had a family affair to get to in the afternoon.

As we approached home, our riders peeled off to head to their homes.  It was a great outing, and seemed much longer than the 24 hours that was spent out with friends. 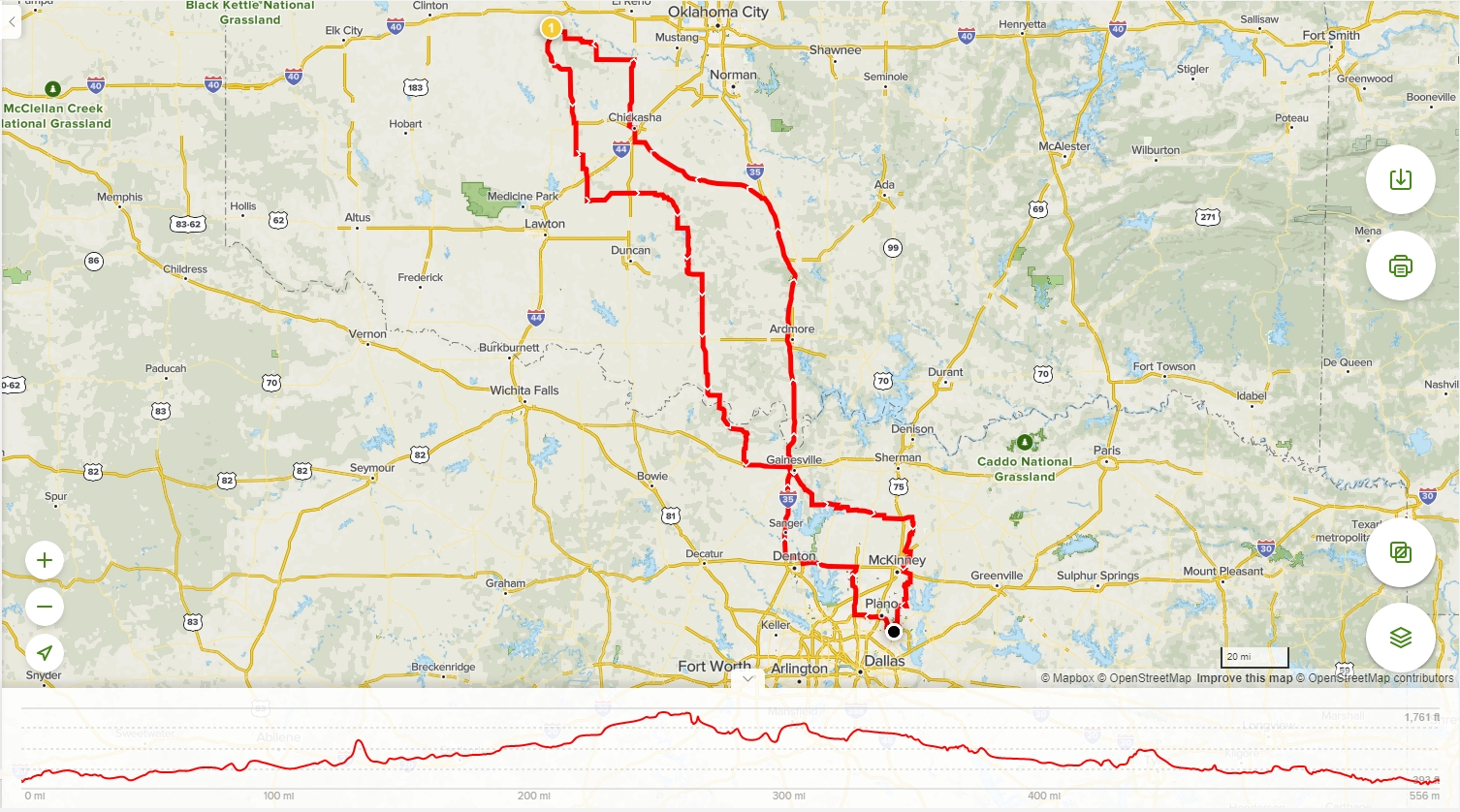