Bob Bowman put together this rally for the 1st, uhhh,,, 2nd, ummm,,, 3rd time.  Ultimately, it ran as the 1st, no wait… third inaugural Missouri Rally.  COVID disrupted a lot of activities, and this was no exception.  MoBob reached out to me to do some photography work for the finish, and I took the bait.

May 13, 2022
I rolled out of the North Texas area Friday morning in the opposite direction of rush hour traffic. 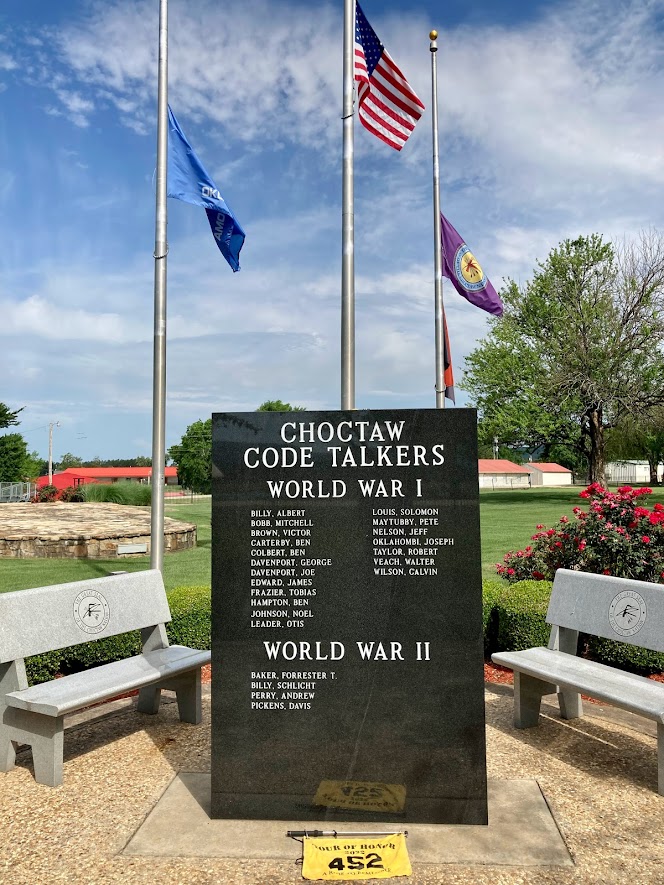 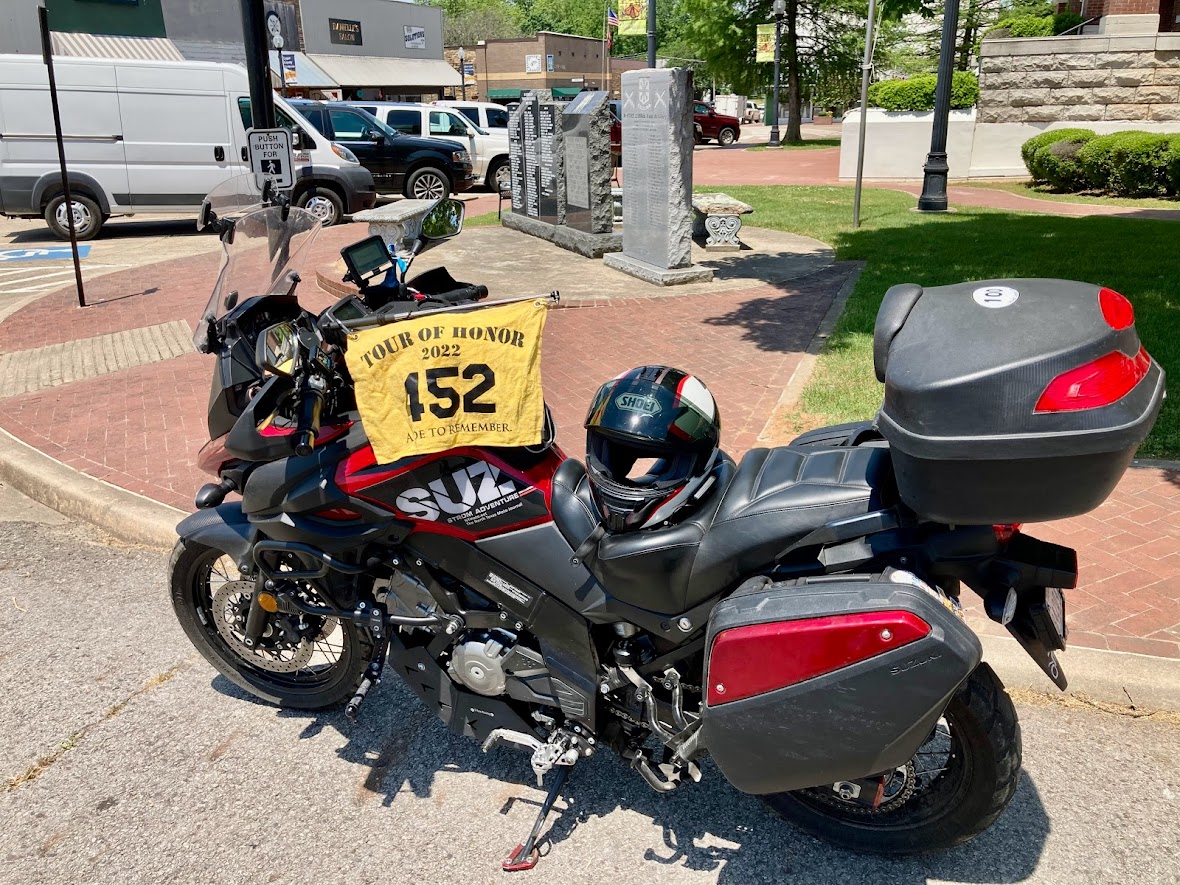 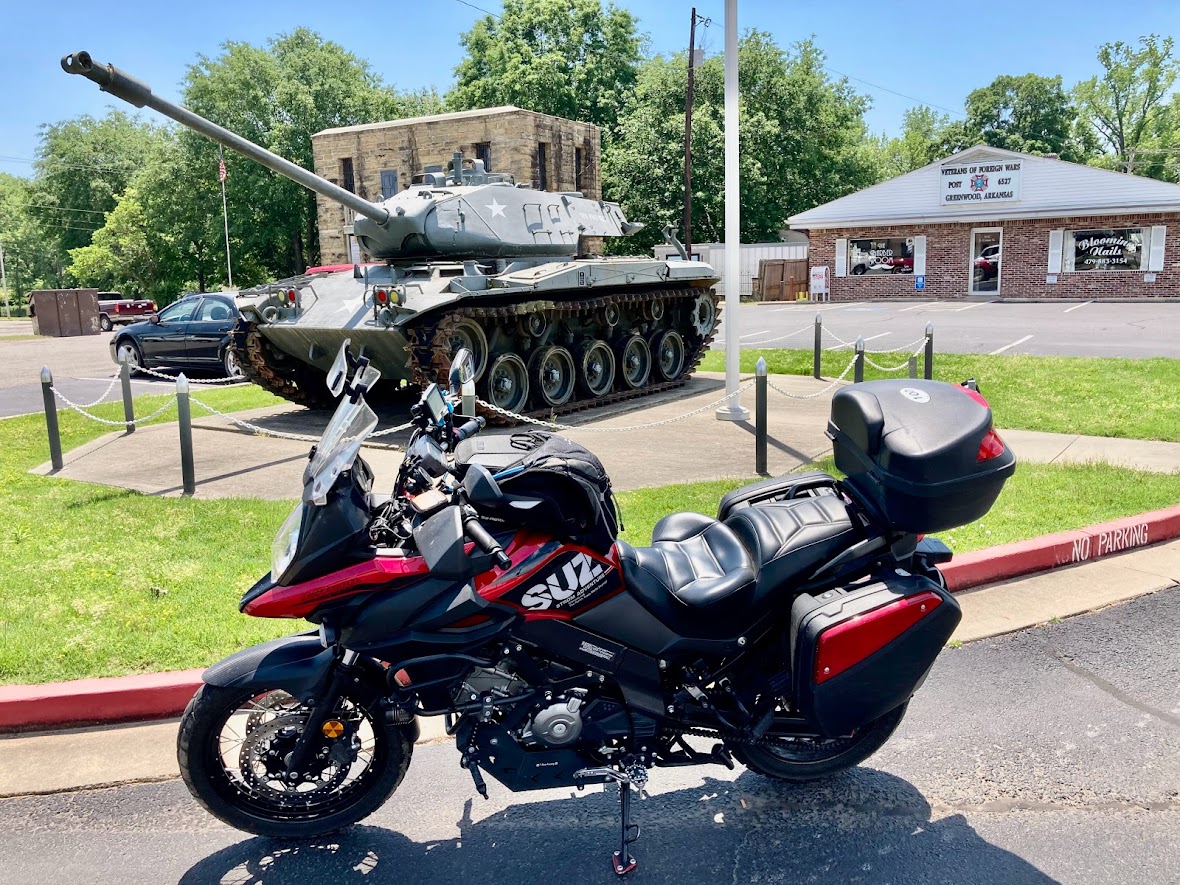 There were a few locations for me to hit along the way for Rob Carlo’s America’s Ultimate Long Distance Rider and the Tour of Honor.  The AULDR hangs some carrots out there to add into the route, and takes me to places I might not otherwise go.  The Tour of Honor brings me to memorials honoring those who have served to help others. 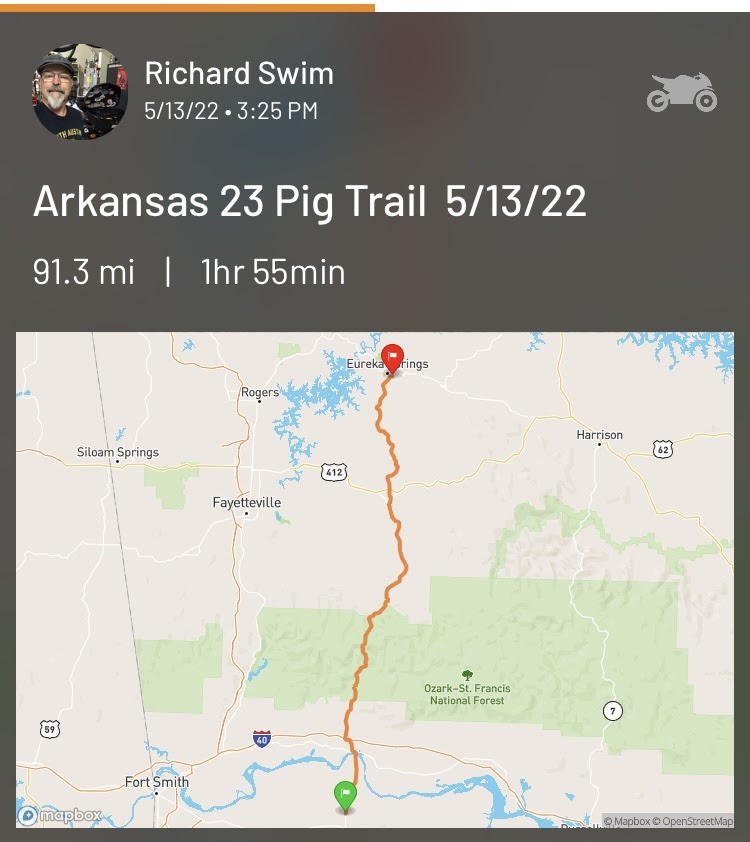 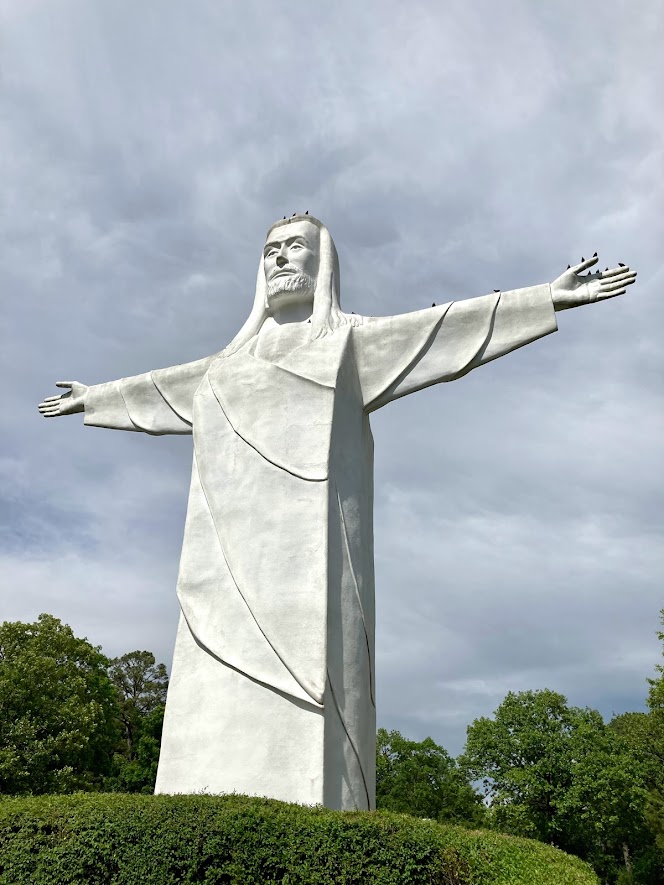 I picked up the fun and twisty Pig Trail (Hwy 23) just north of Ozark.  My overnight stop was in the eclectic town of Eureka Springs. 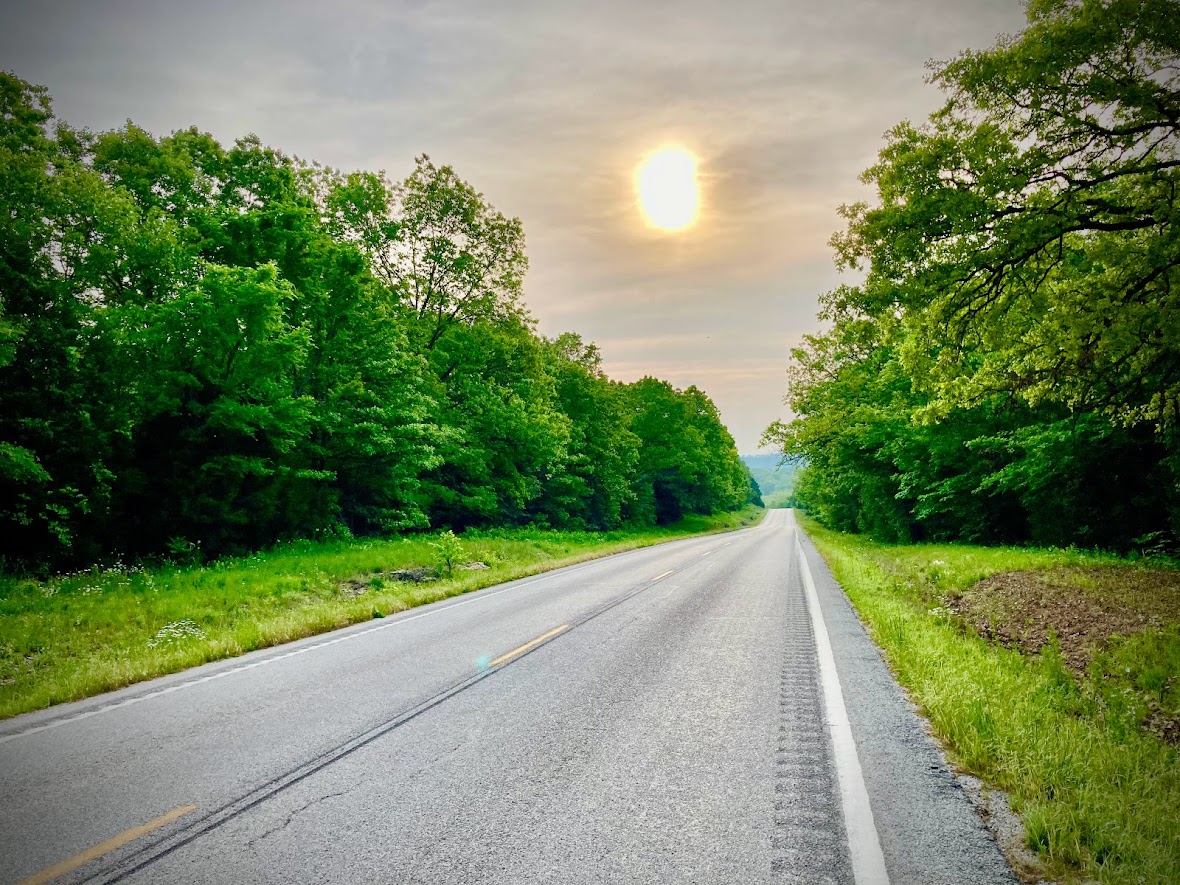 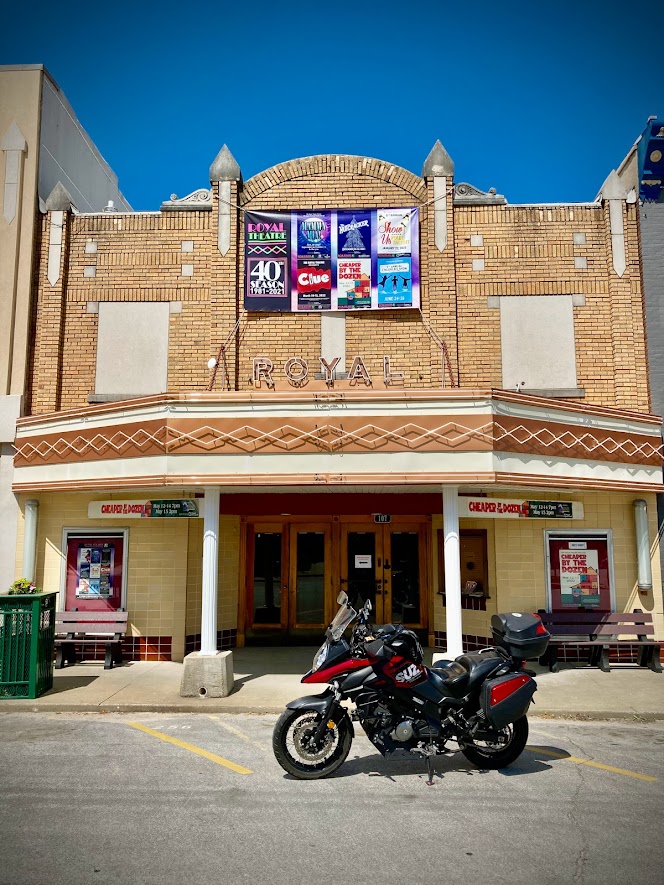 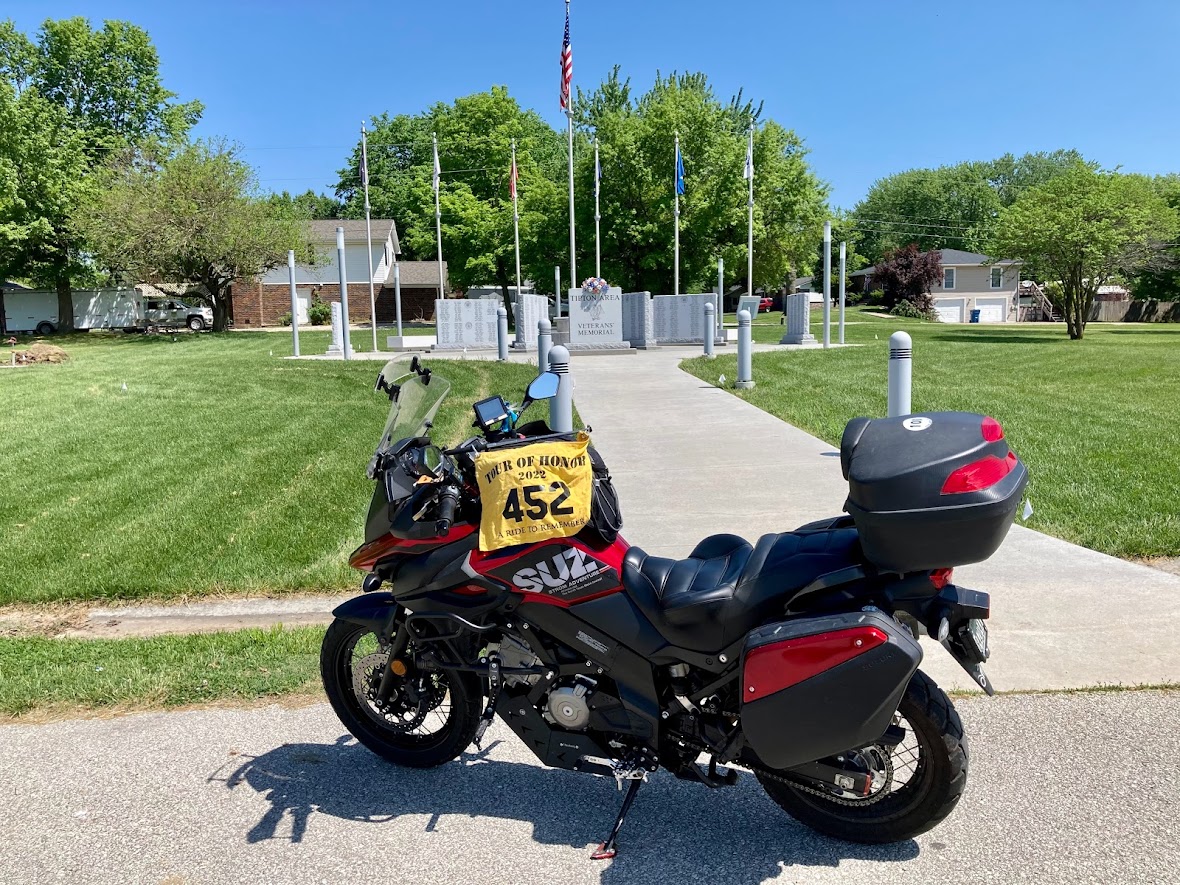 I had some additional stops in Arkansas and Missouri for the AULDR and Tour of Honor. 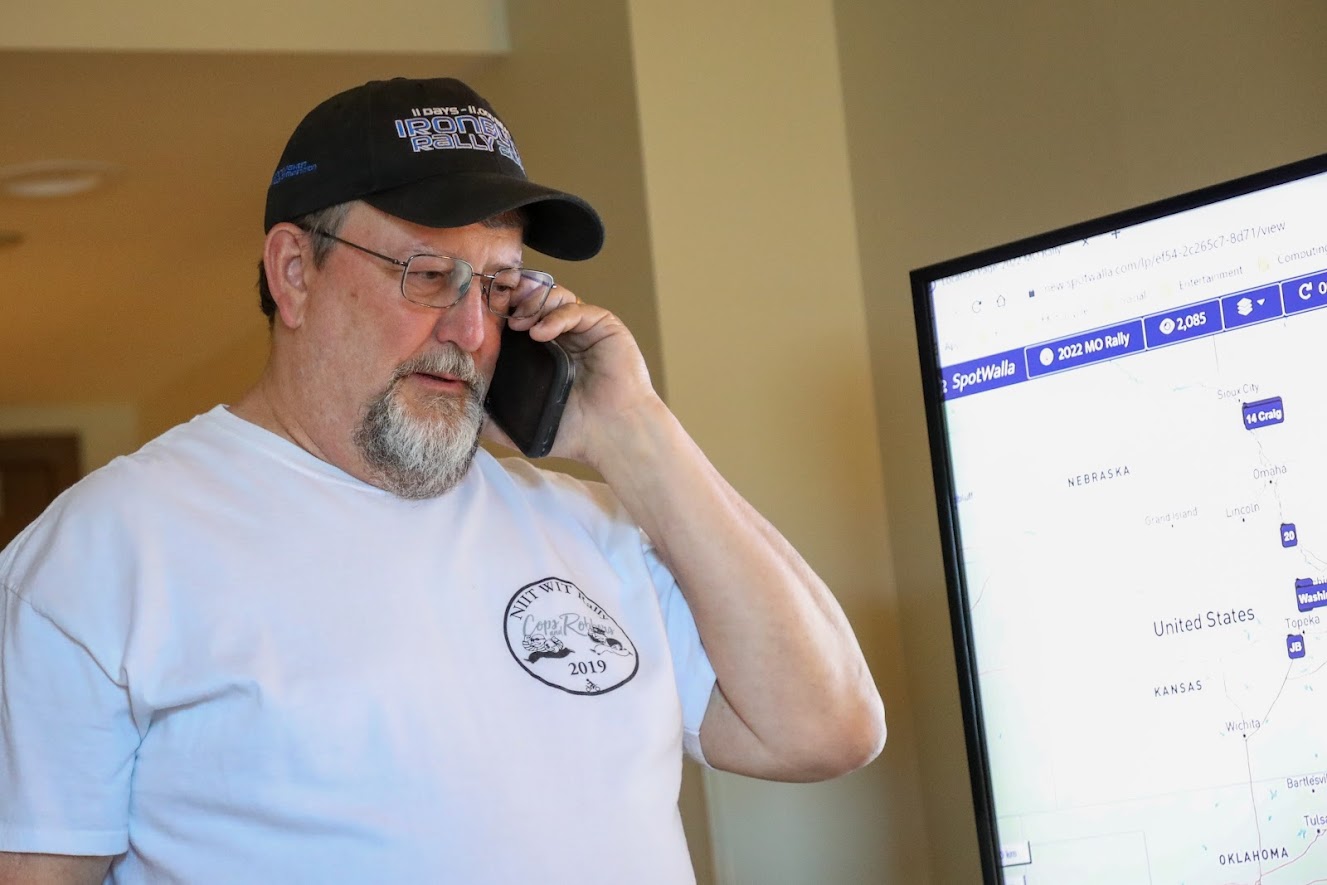 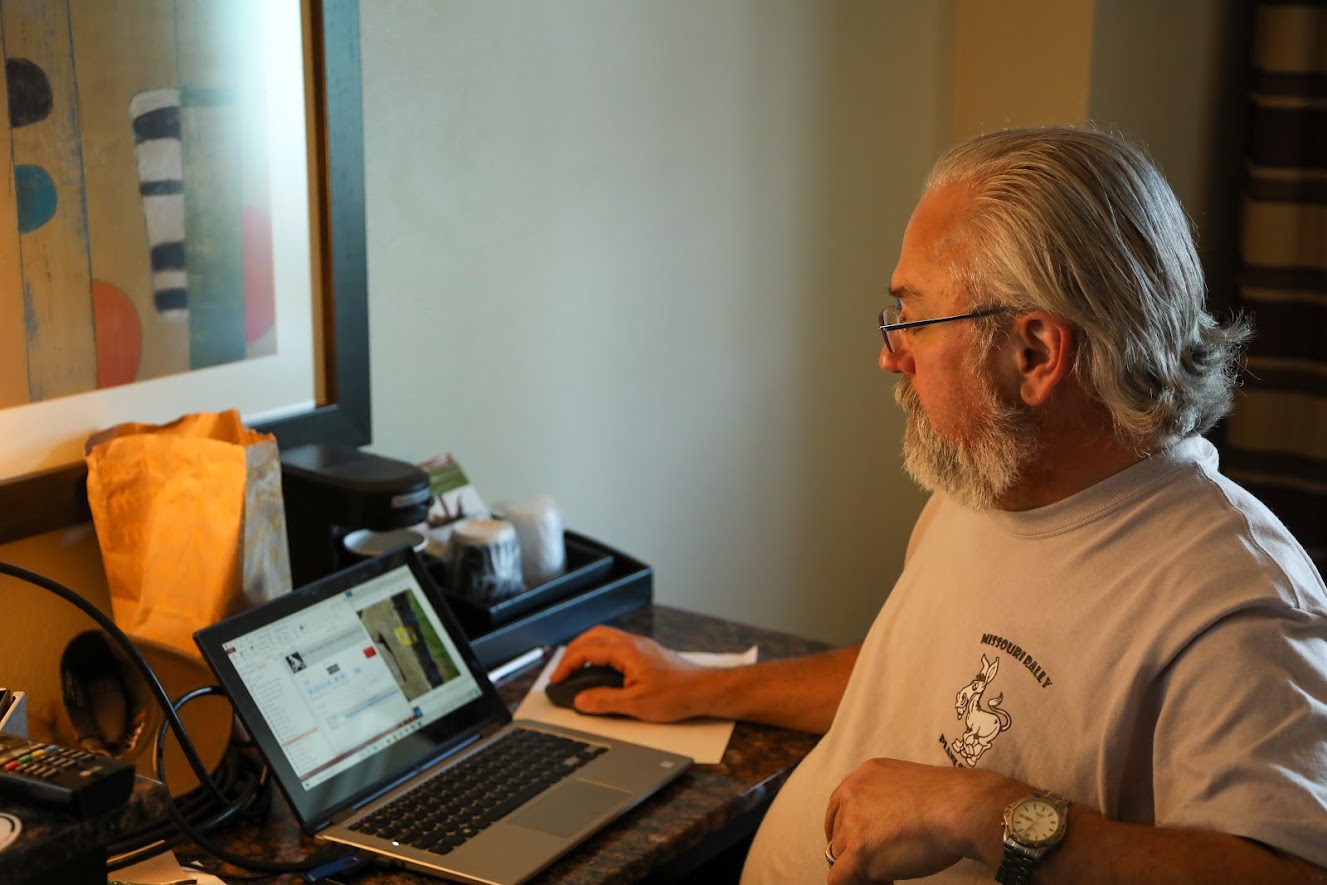 Bob and Troy Martin were busy at their official command post in the Isle of Capri Hotel.  I dropped off my gear and we all headed down for lunch before the onslaught of returning riders. 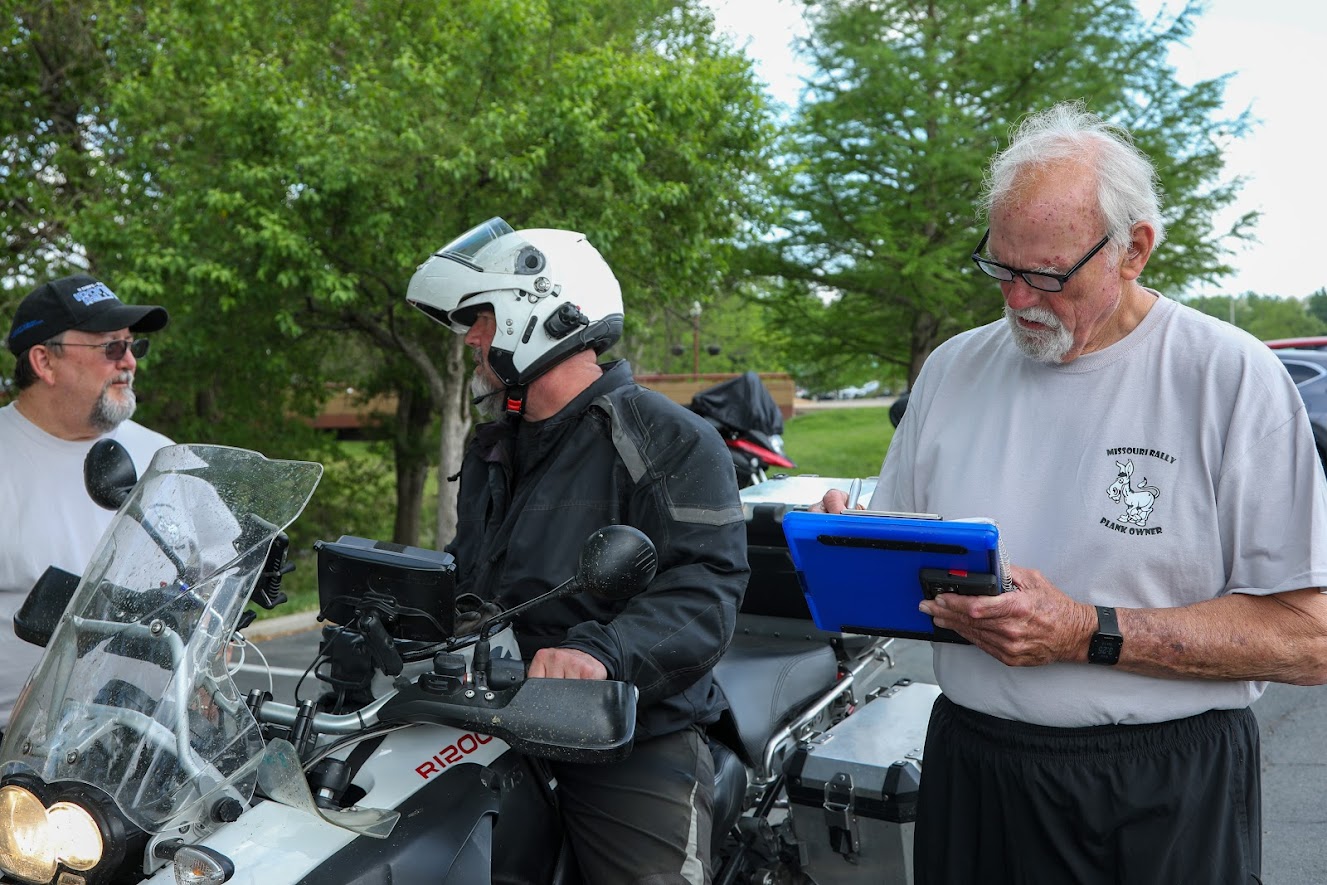 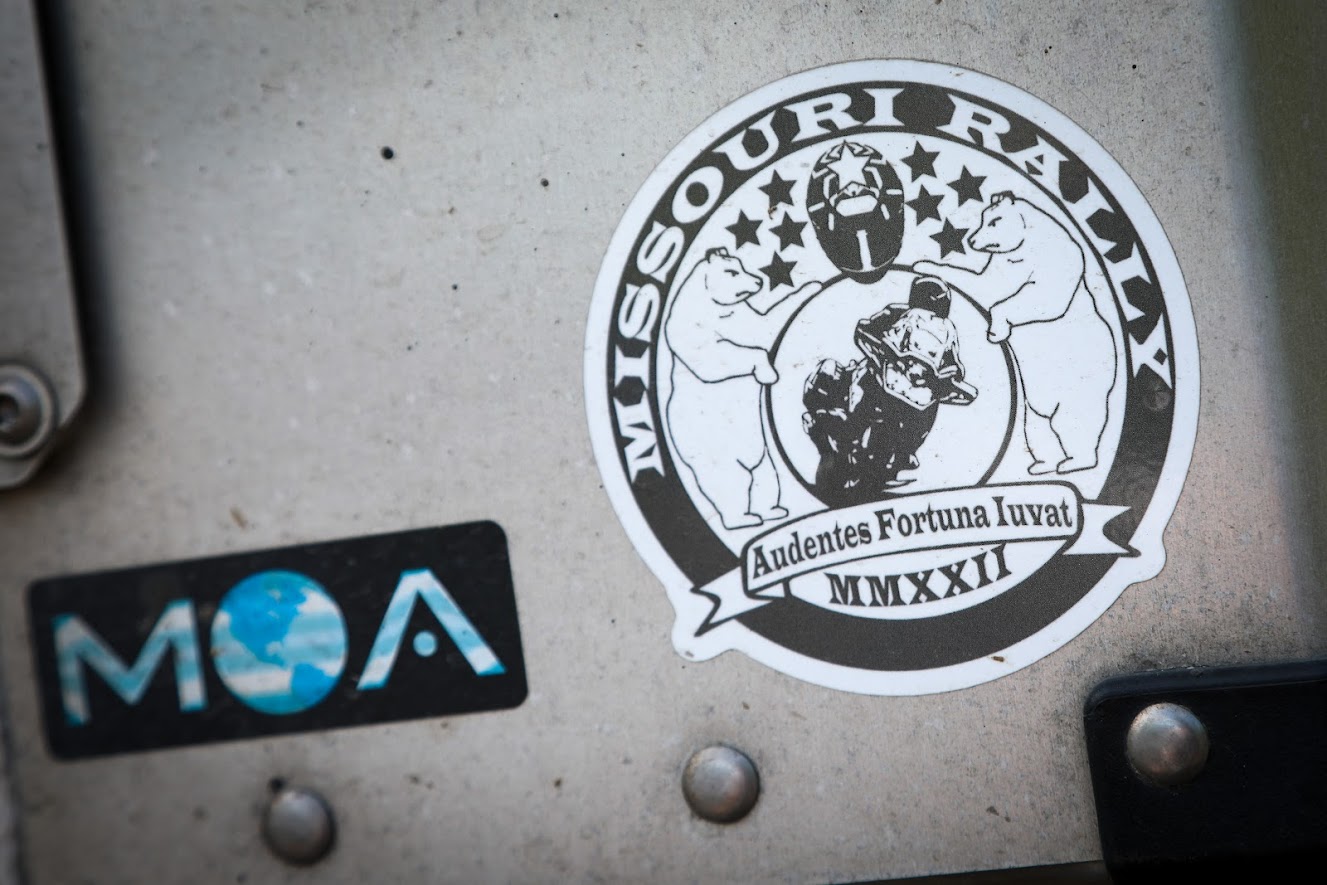 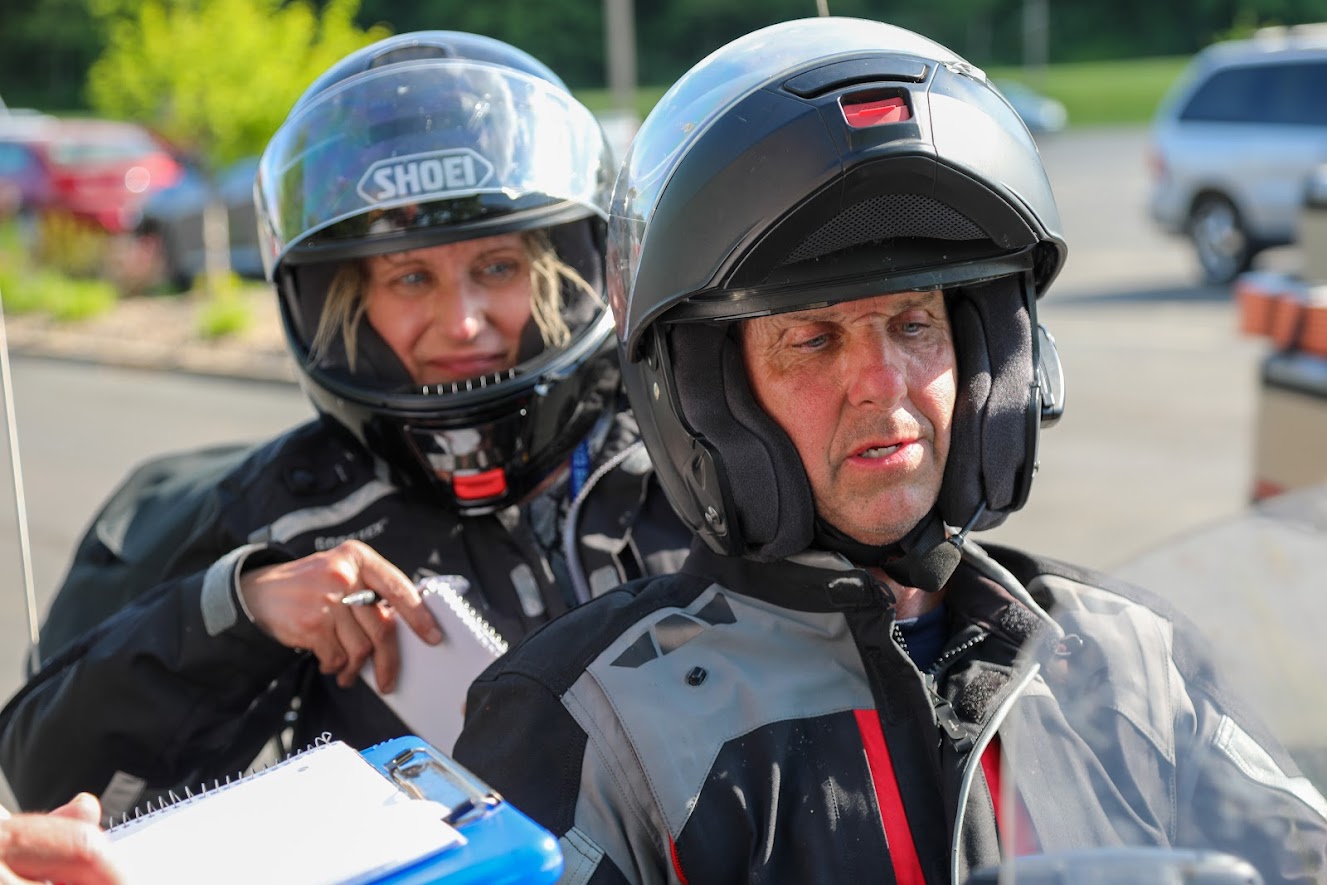 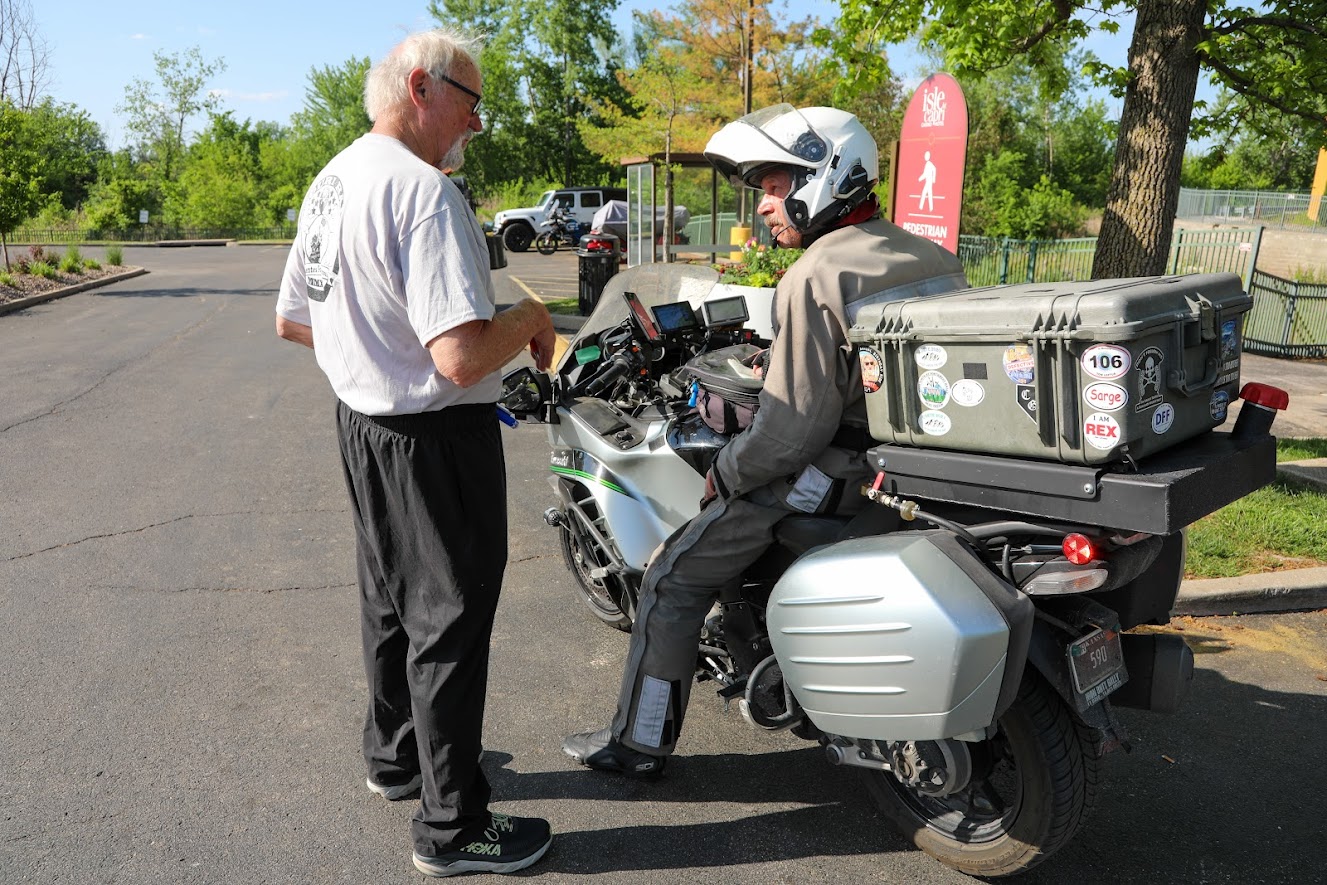 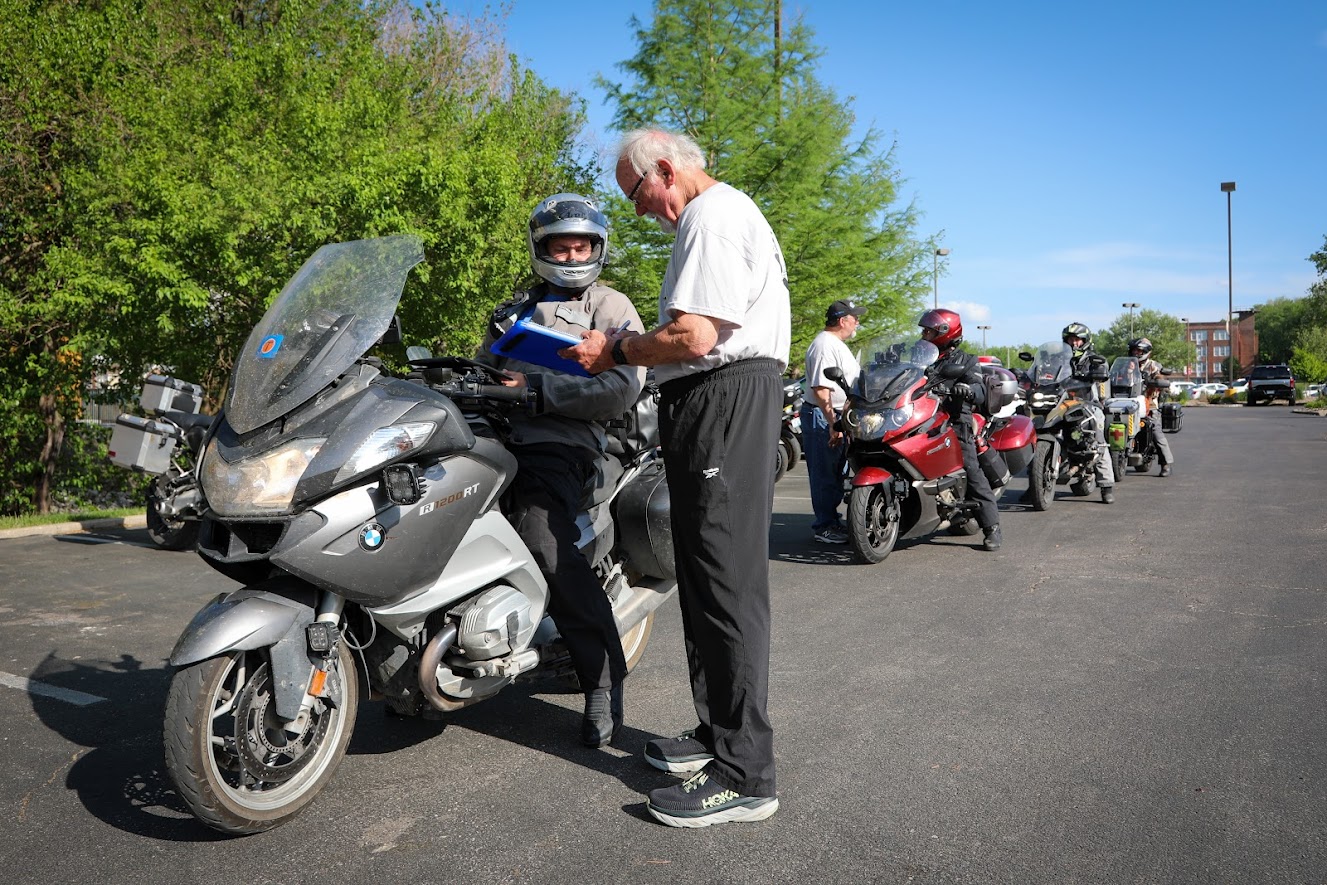 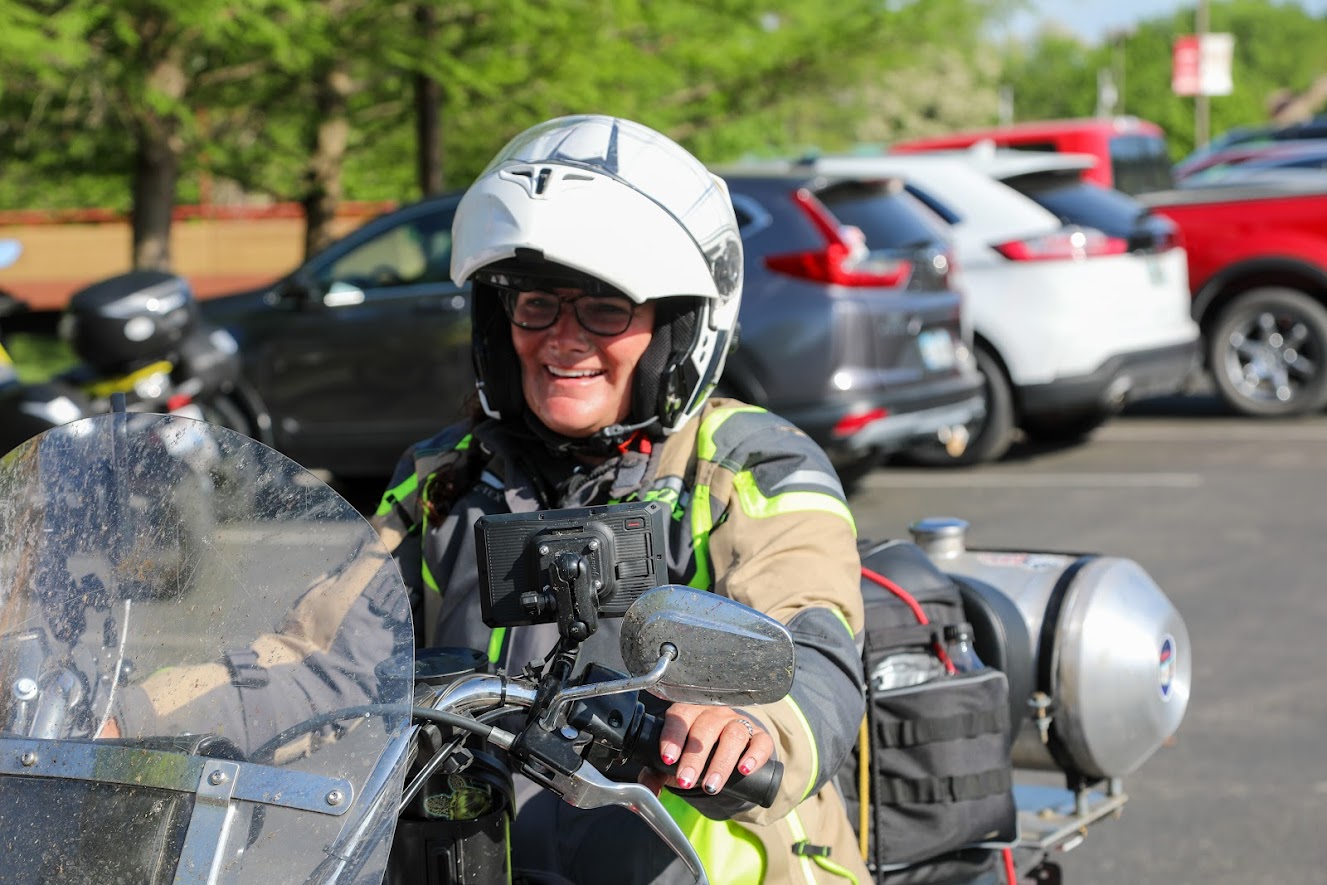 We monitored the riders on Jason Jonas’ Spotwalla site as they continued to get closer to the finish.  John Frick documented rider’s odometers as they returned.  It was nice to see so many smiles on familiar faces and new-to-me faces! 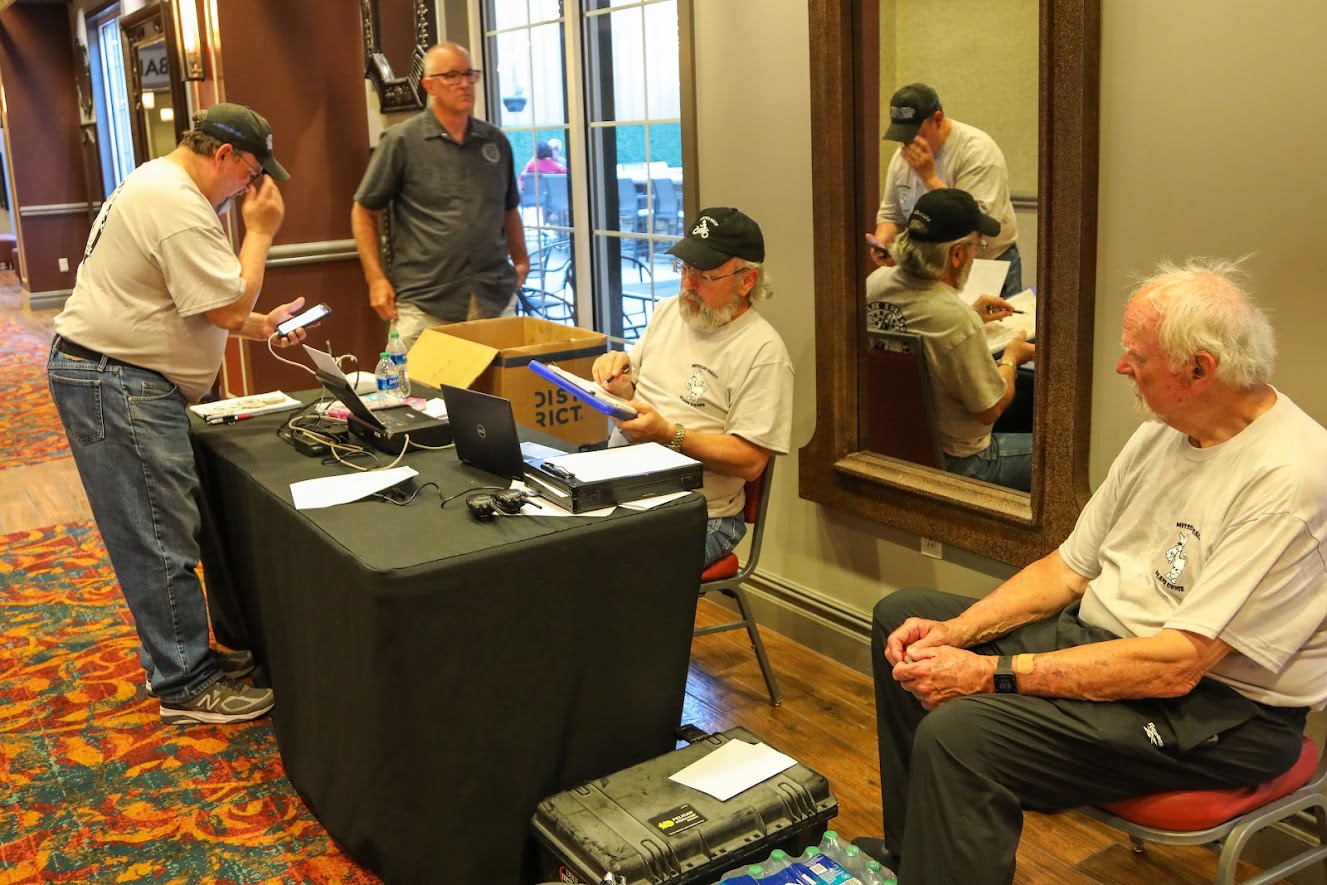 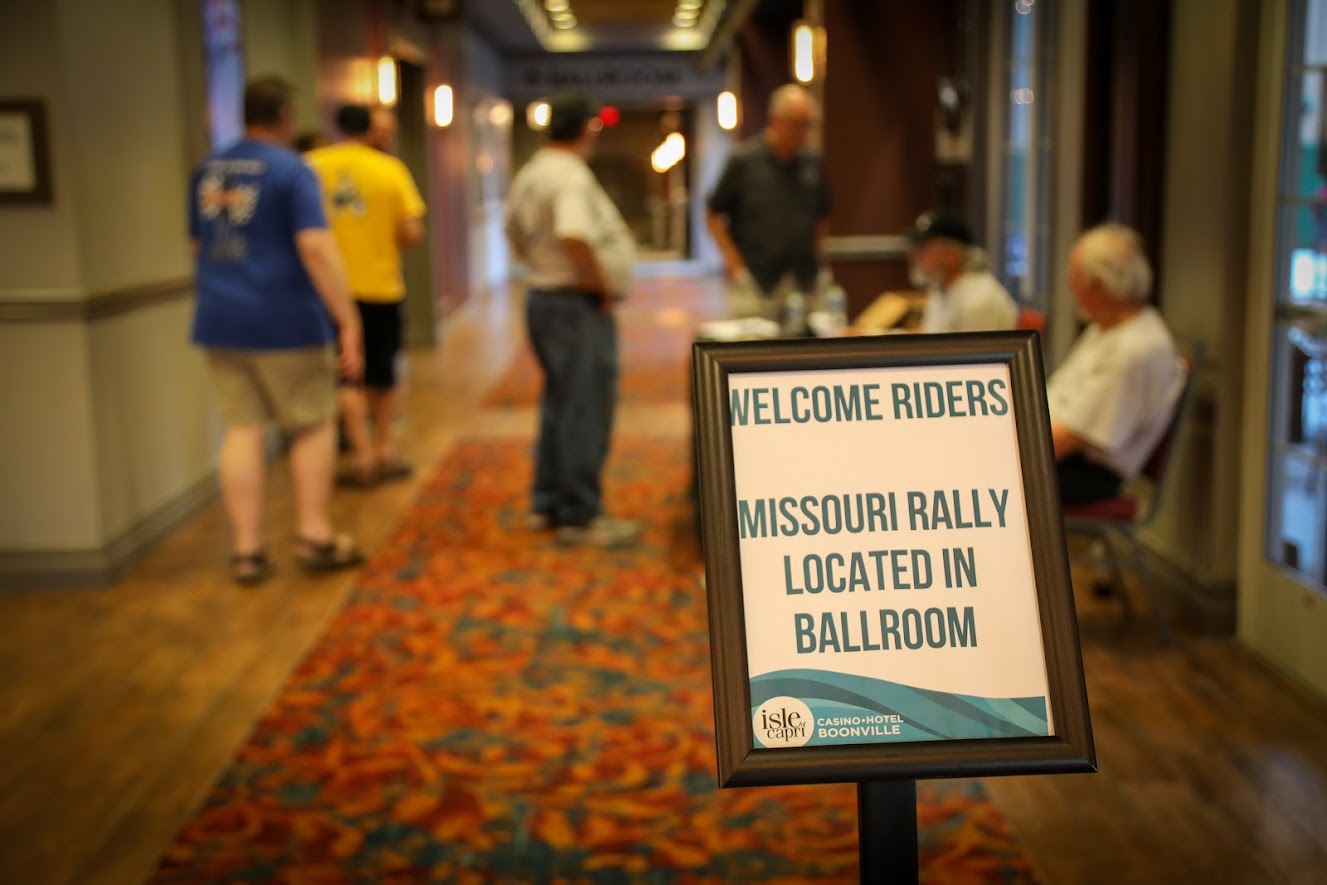 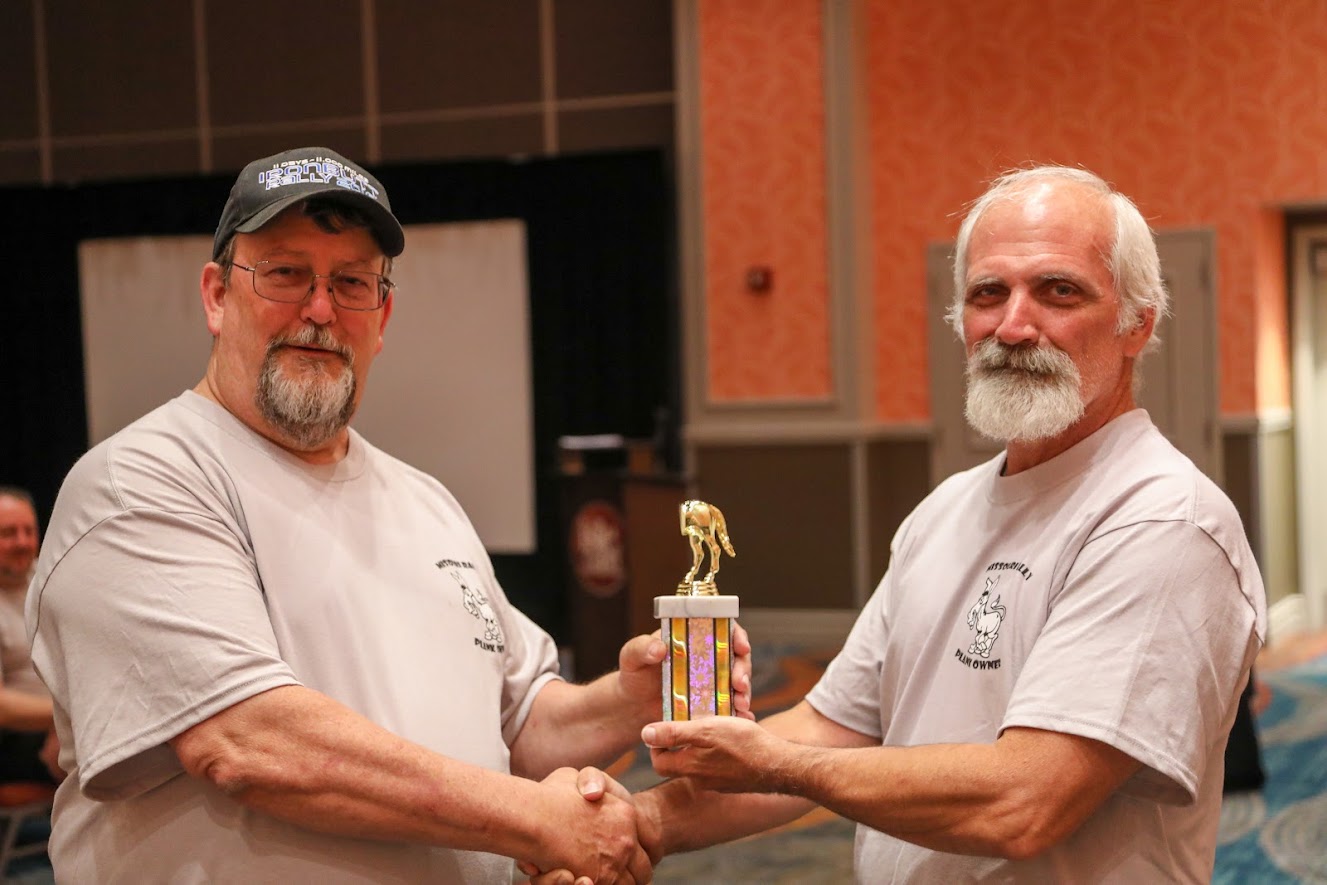 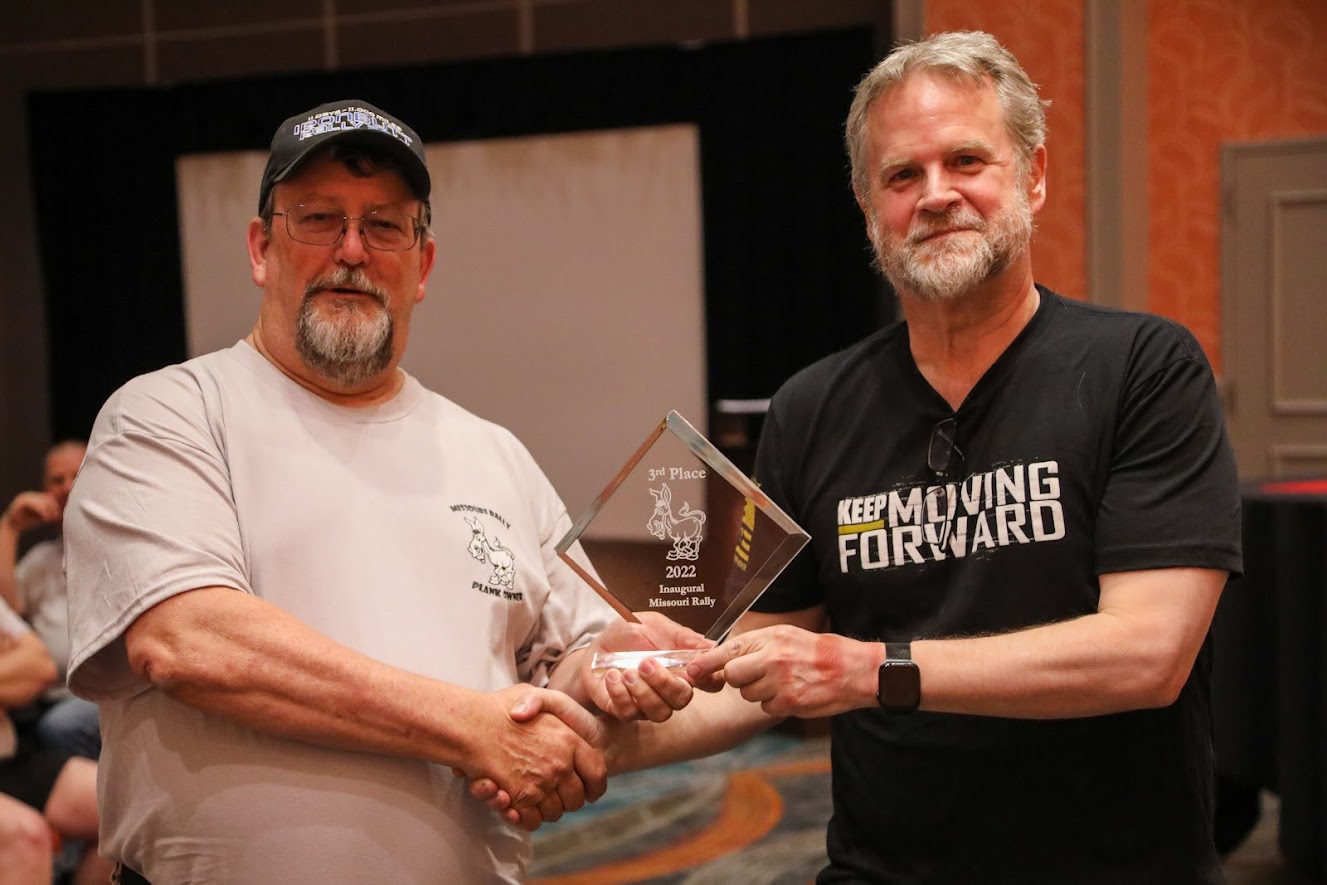 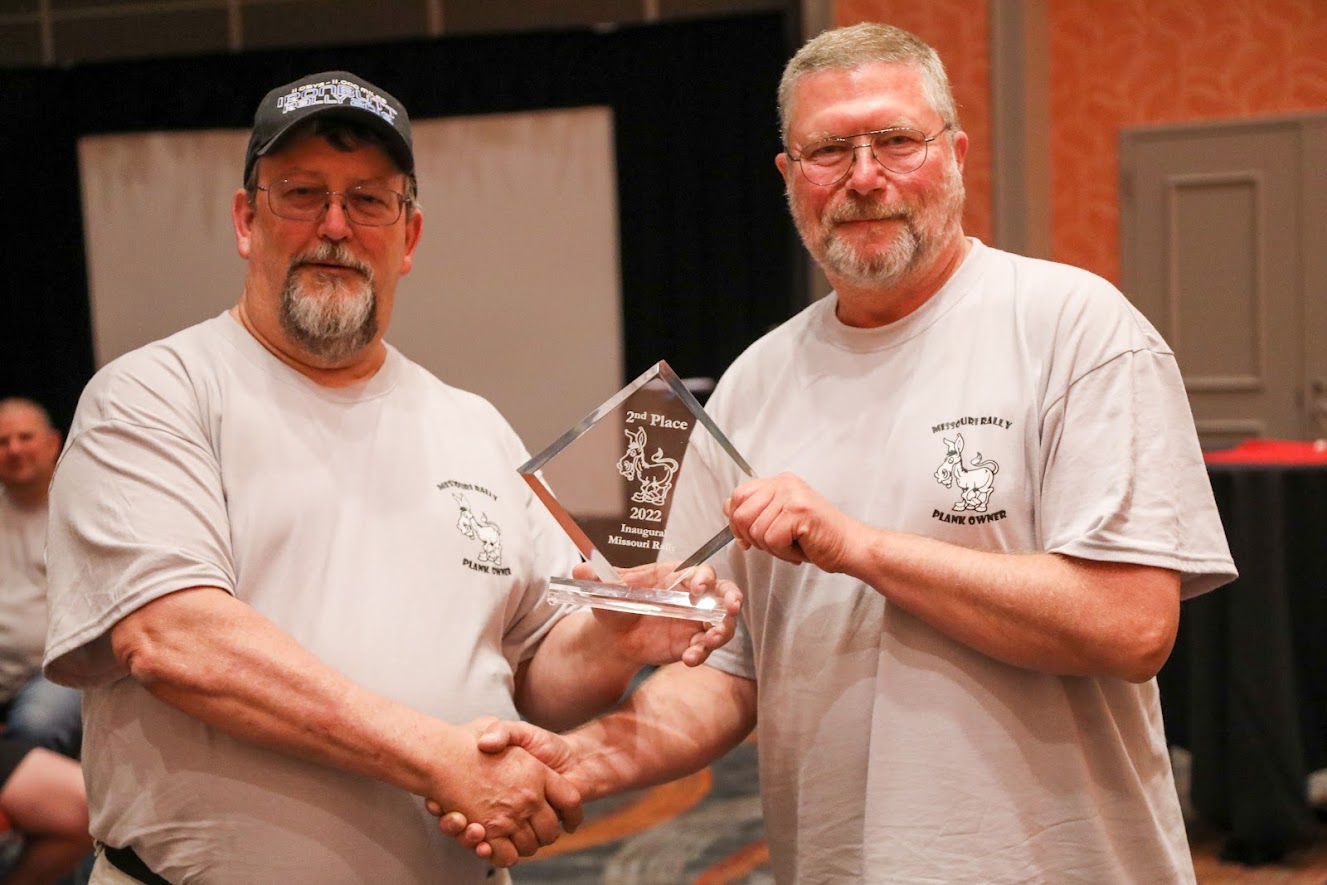 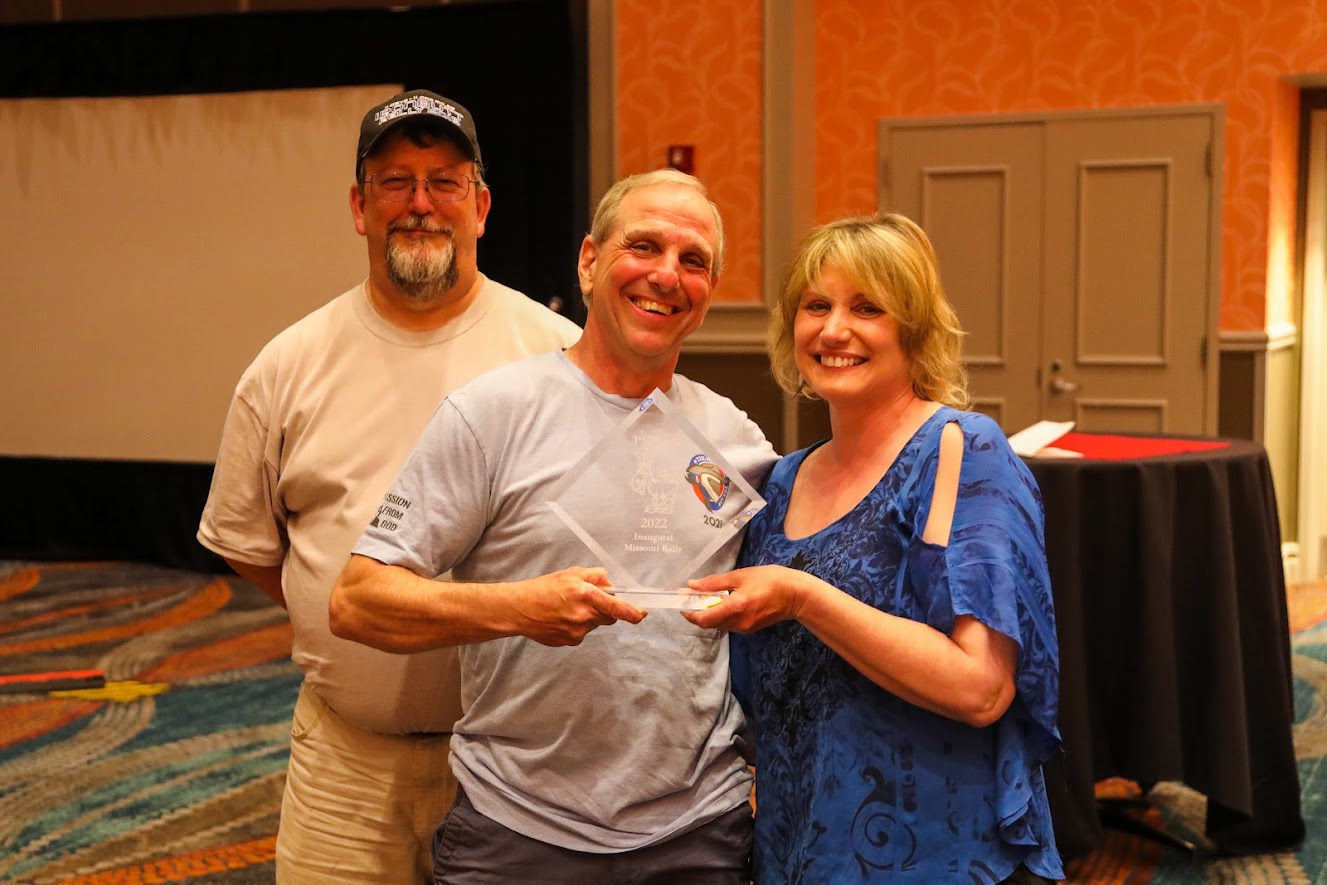 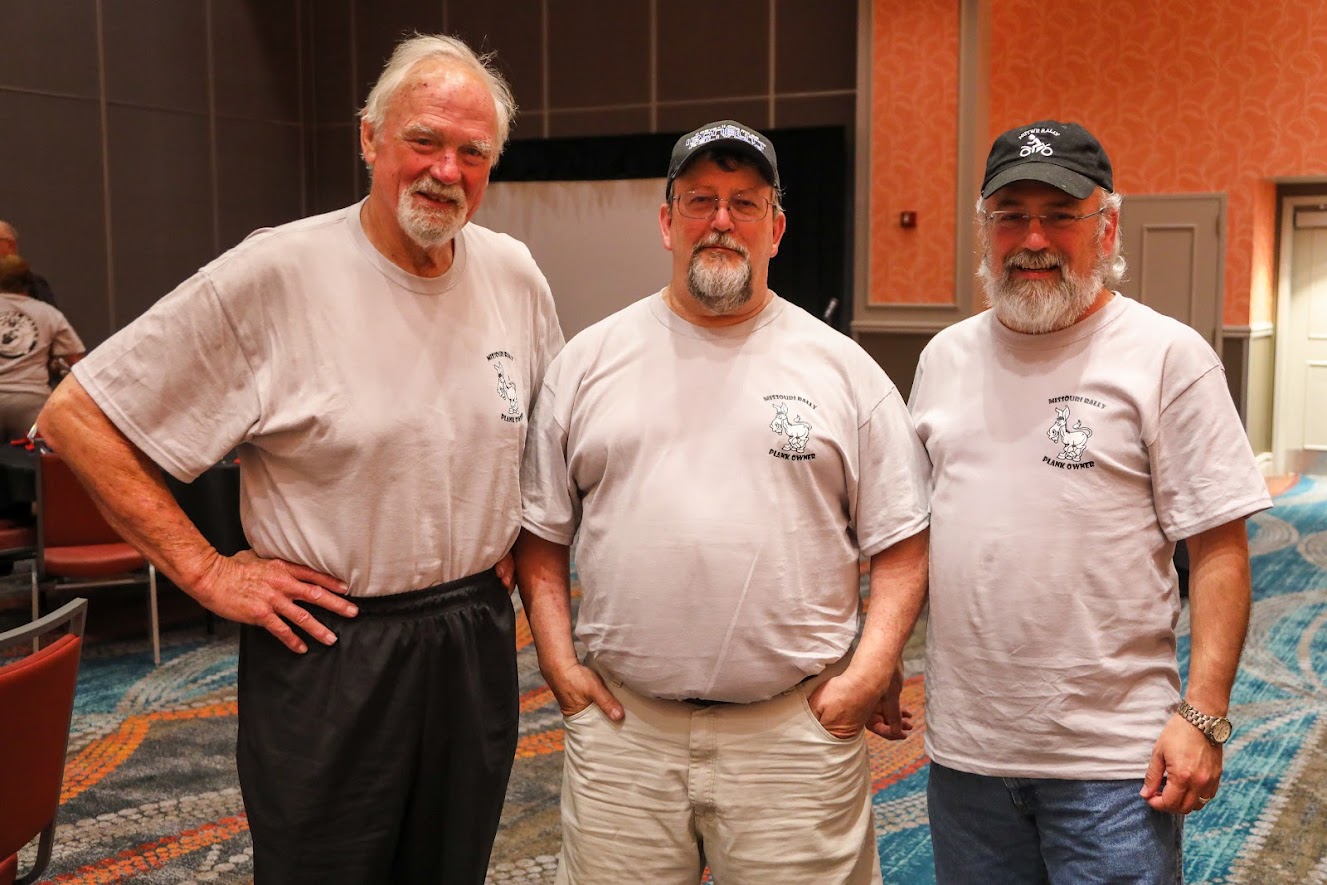 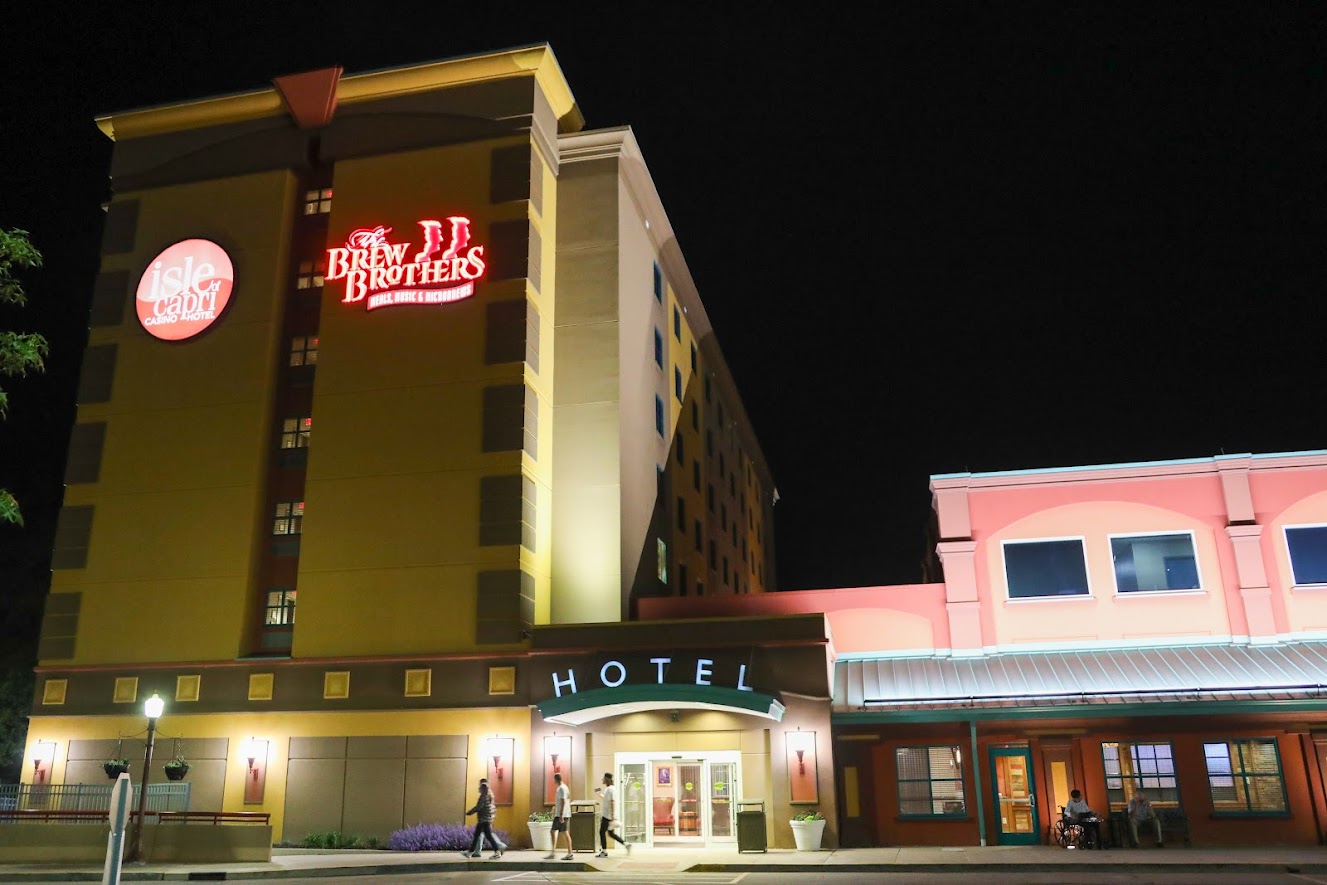 Riders socialized and told stories from their 36 hours on the road.  We all headed to the ballroom for the finish banquet.  James Hampshire was presented half of a trophy for his last place finish.  It must be noted that James rode 800 miles from Florida to his first bonus!  Jim Craig finished in 3rd place, Scott Durham in 2nd and Ken and Felicia Aman finished 1st.  The top finishers rode around 2,000 miles in their rally routes!  Impressive! 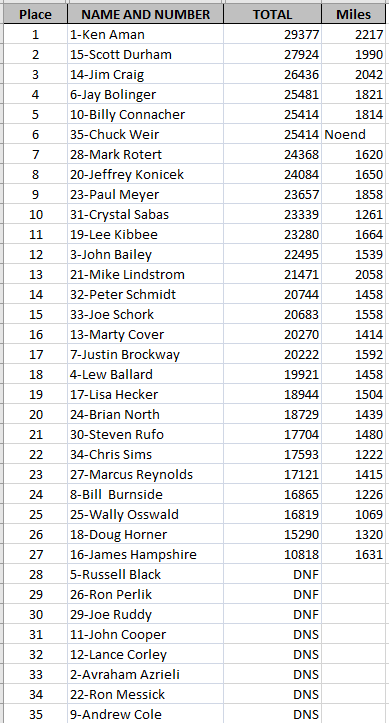 May 15, 2022
John Frick was packing his bike for the journey home as I carried out my sparse luggage.  We said our goodbyes and safe wishes and headed off to separate latitudes. 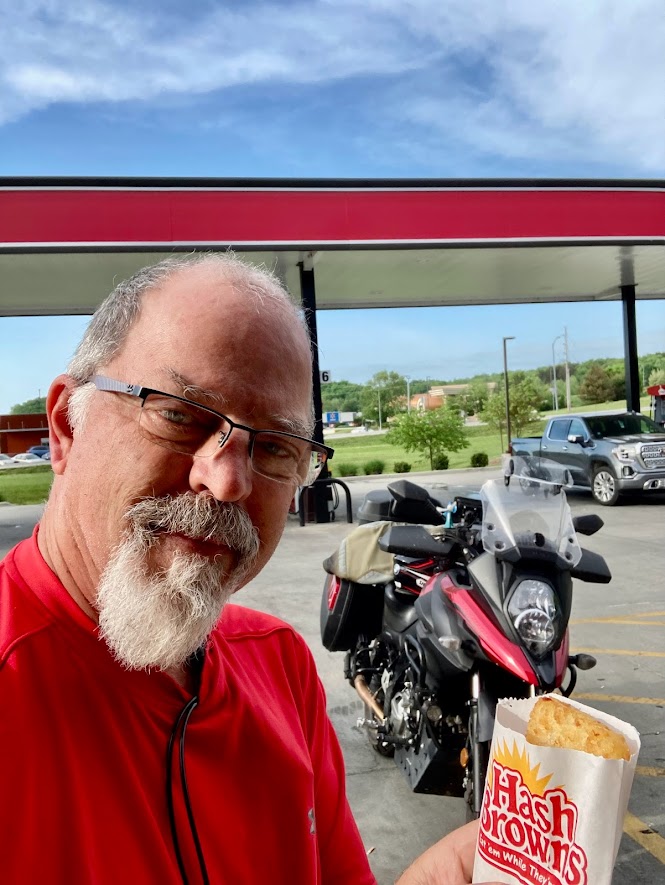 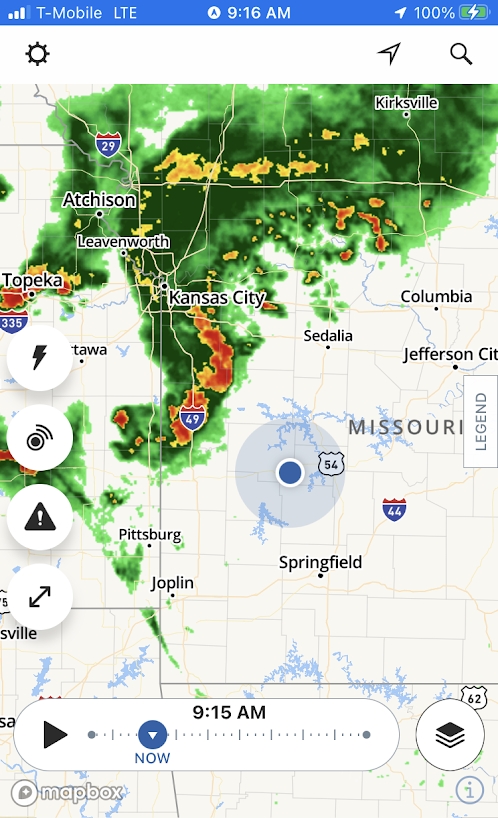 After I chatted with my son during a breakfast stop, I checked the radar and saw an approaching line of storms that I thought I could ride around if I continued south.

I stopped for a bit as I zig-zagged through the rural roads of Missouri trying to miss the major showers.  The storms continued to build to my southwest and rain eventually caught me as I entered Joplin.  I scratched some AULDR points in Kansas since I did not want to punch through the core of a thunderstorm to the west.

My return through Oklahoma was pretty much a straight shot home down Hwy 69, which I don’t recommend.  It is a very rough major road with a lot of traffic.  I took it as long as I could stand it, and then detoured off at Durant to take the 2-lane roads back to the casa.

All in all, it was a good weekend of riding and I enjoyed seeing my long-distance friends! 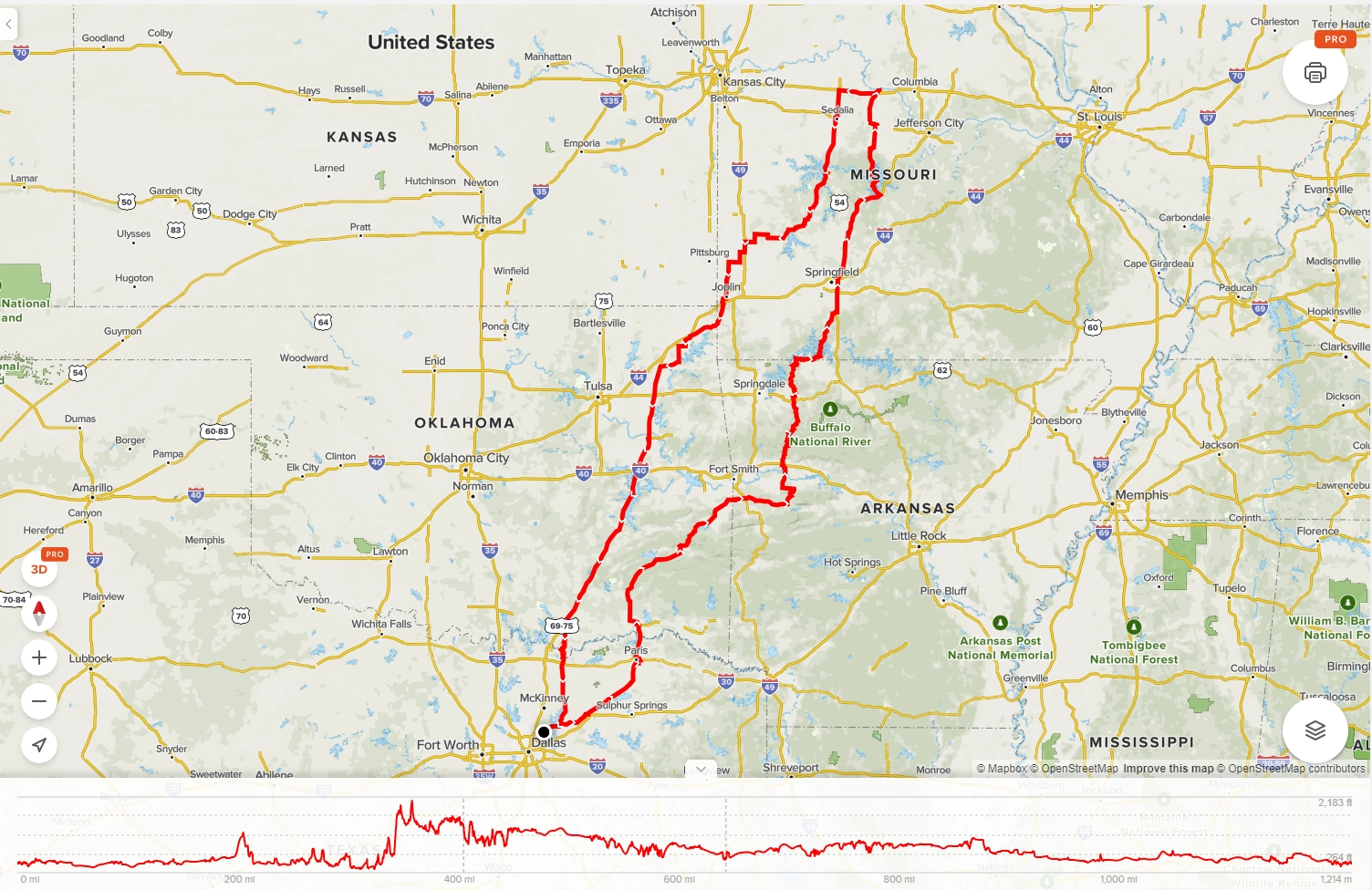