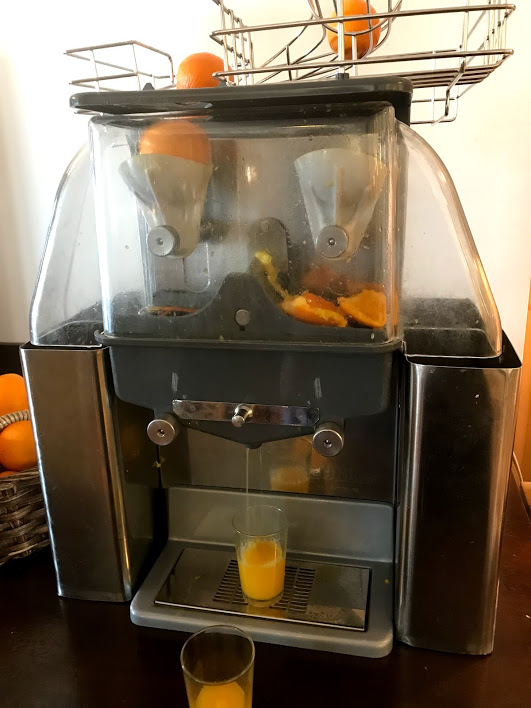 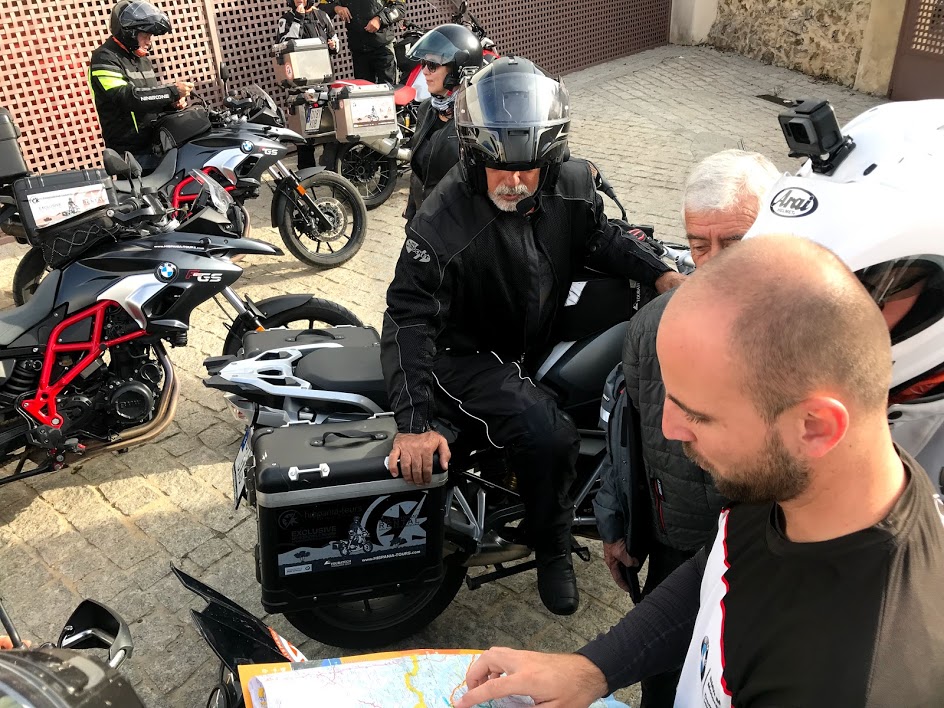 I was really getting spoiled by the variety and quality of the breakfast buffets.  Hotel Convento even had this fresh-squeezed orange juice machine.  Each morning we would gather at the motos ready to ride by 9:00.  Domi would brief us on the route we would take for the day and any historical or interesting stops along the way. 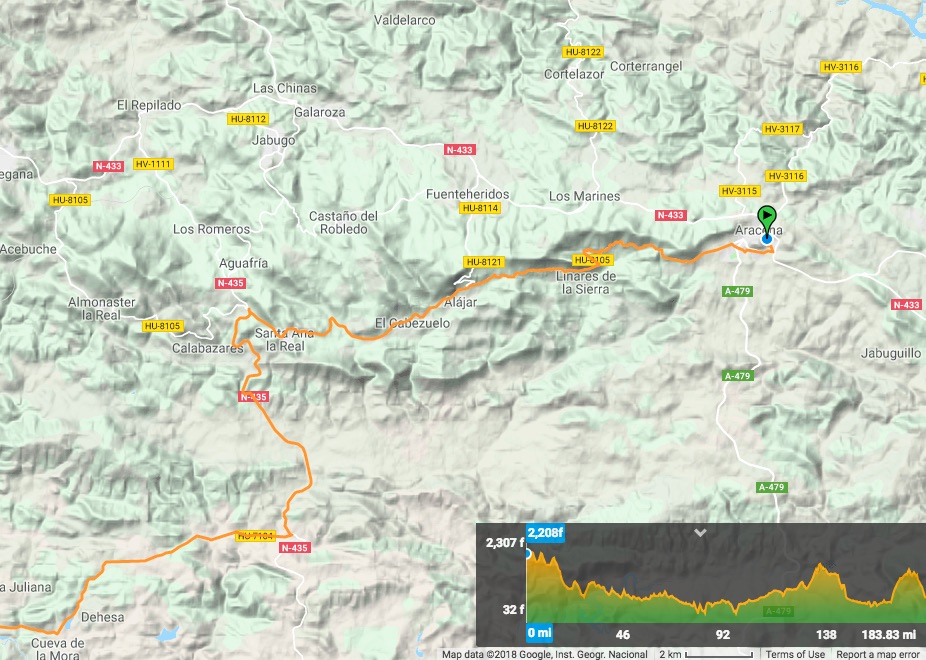 The road out of Aracena was magical.  Staying in a small village has many advantages, one being the open road is not far away from the hotel with very little if any traffic.  This road was freshly-paved with smooth and frequent corners that wound through the trees of a valley just west of Aracena.  I was positioned for our group at the back of our six riders.  Being at the back of a group was a bit of a border collie role to ensure we were all still together, but I was starting to enjoy it.  I told Domi and Keith to not worry if I fell back for a while.  I would take these opportunities to separate myself from the pack to either video some interesting sections of road or to step up the pace a little in the twisties. 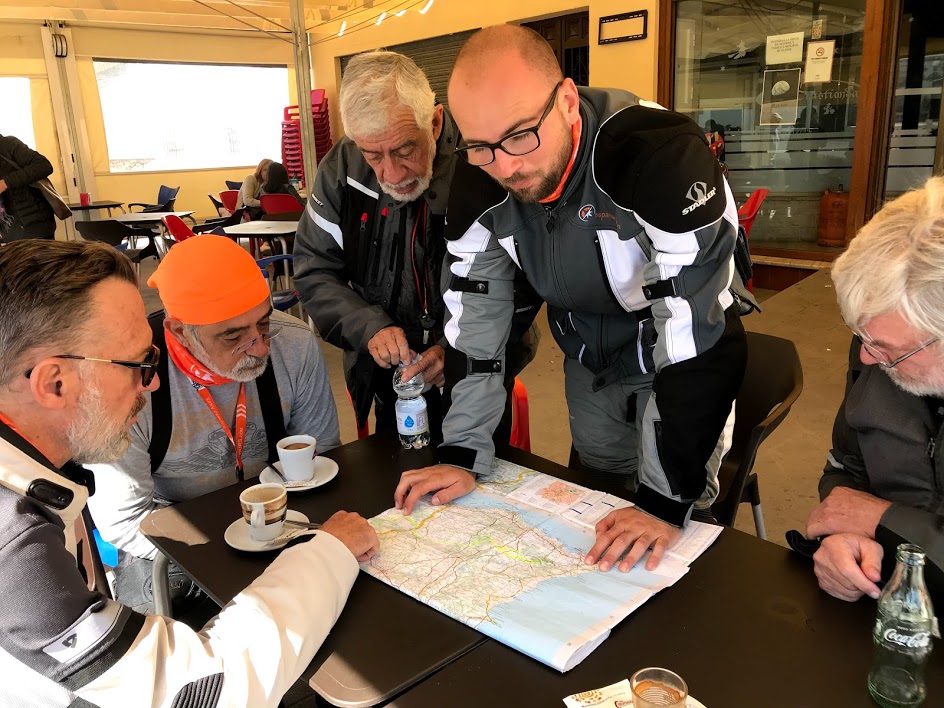 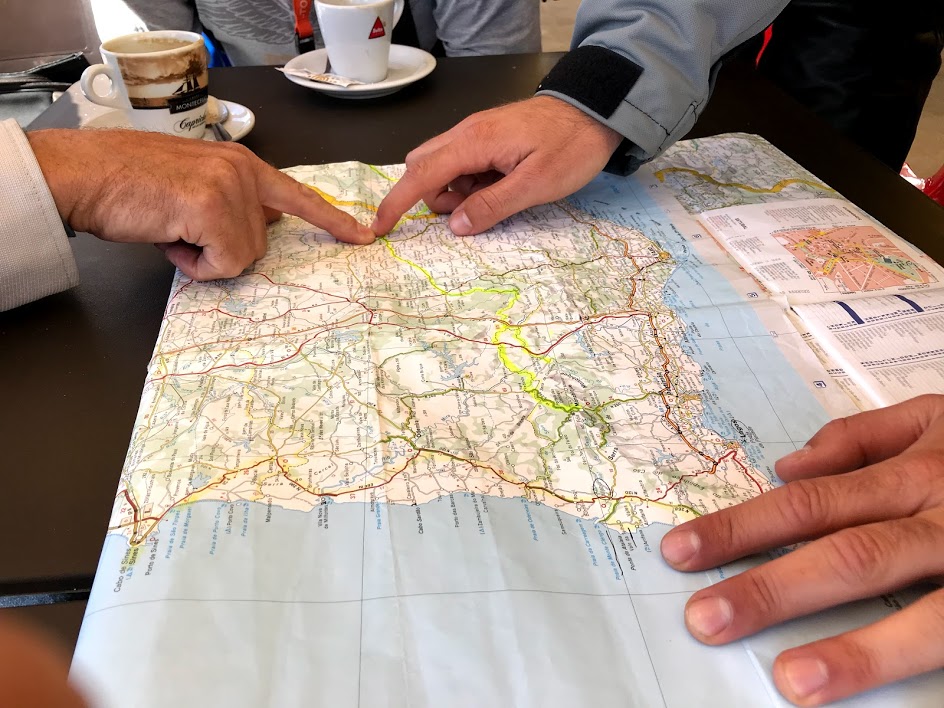 We stopped for morning coffee in Puebla de Guzmán, still in Spain.  We were only 93 kilometers into the day, but the pace is lower here with the twisty roads and frequent villages.  Domi reviewed where we had just ridden through and where we were headed. 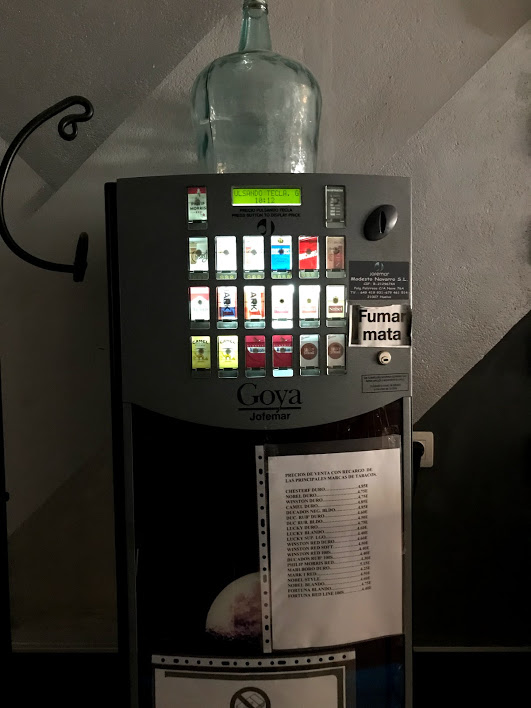 I found a cigarette vending machine inside of the cafe.  I haven’t seen one of these in the wild back in the states for years. 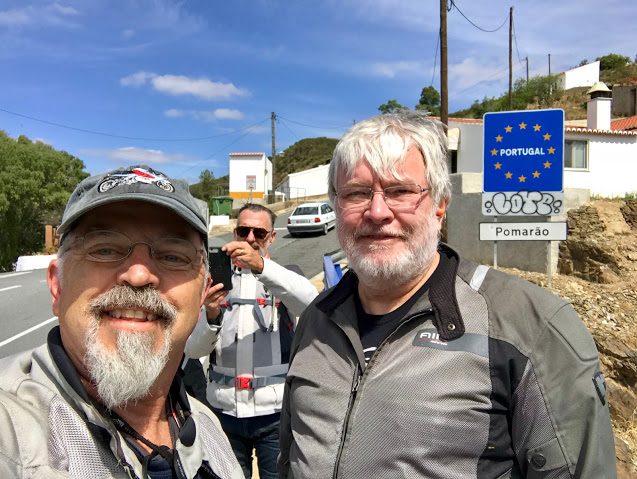 The Portuguese border arrived without drama.  There were no structures of any kind on the Spanish side, and only the very small village of Pamarao on the Portuguese side.  No border crossing stress or traffic. 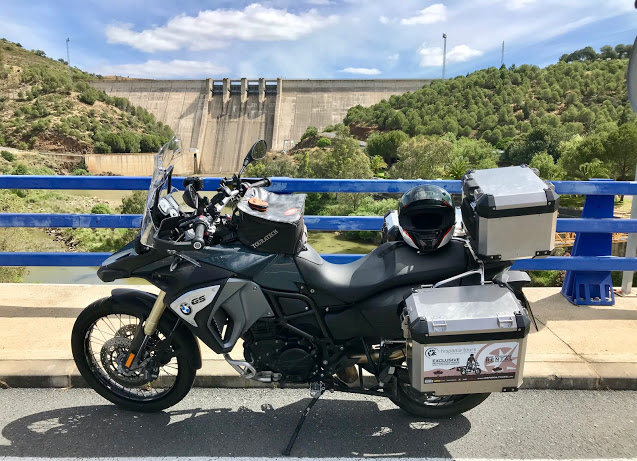 I was uneasy at first on the F800GSA.  It is a totally different machine from my K1200RS with its design for high speed and tight suspension.  The twisties in the spectacular road outside of Aracena earlier were made for pressing the limit of riding.  But I took it much easier with the different geometry and suspension of this moto.  I’ll tell you more about this later. 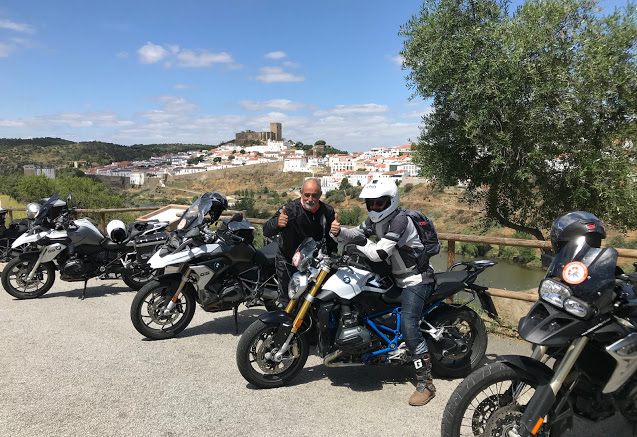 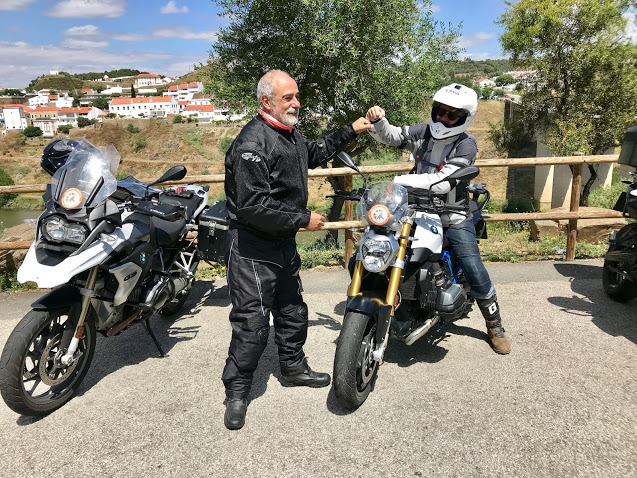 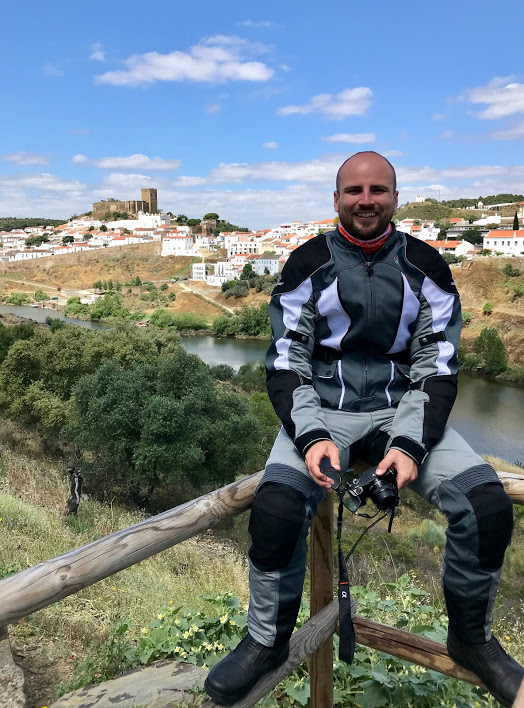 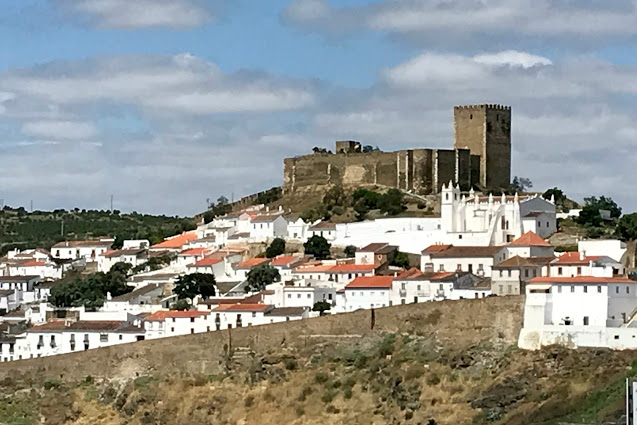 We rode through very small back roads with tall trees on each side and arrived at the village of Mértola on the Alem River, where we waited a bit for the second group before lunch.  The riders were starting to get more comfortable with each other with camaraderie beginning to surface.  Castles are a prominent part of most all of the villages in Portugal.  There’s a little history to tell here… 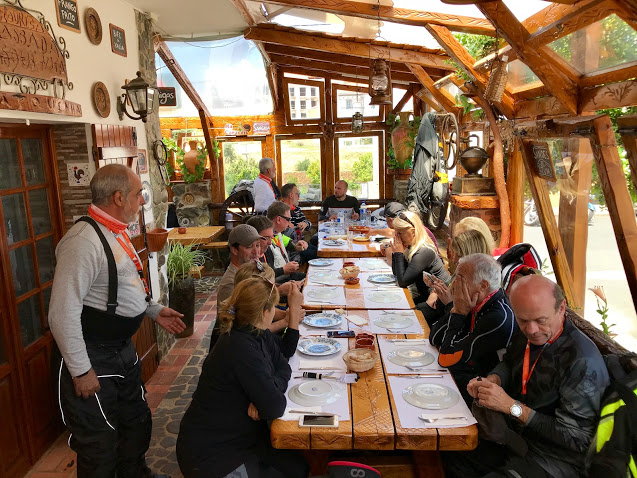 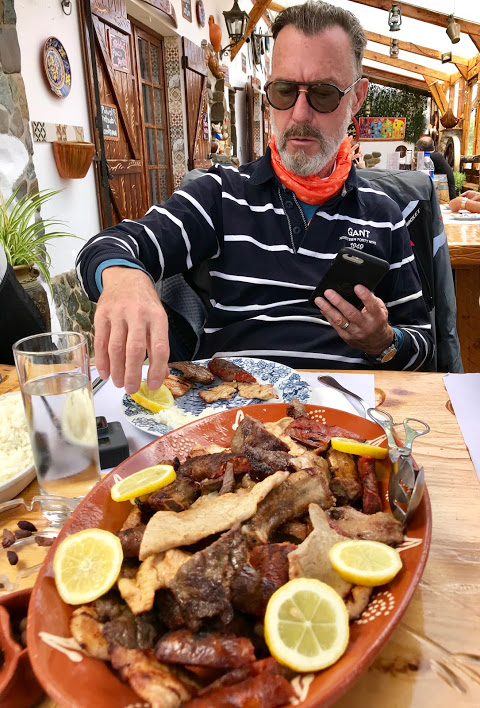 Our lunch stop was in Almodôvar at Restaurante o Medronho.  There is so much texture in everything in Portugal.  This restaurant was no exception.  The food was spectacular with many spices and varieties.  And this was lunch… 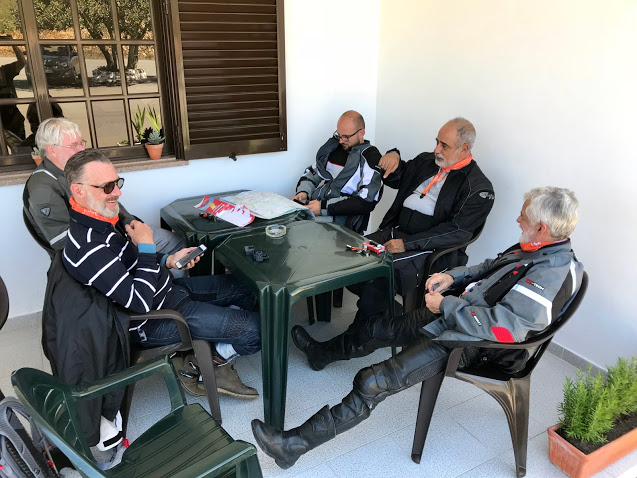 We twisted our way through the hills on very small roads with an occasional farm cottage here and there along with wind turbines slowly churning above us.  The afternoon coffee stop was in Ribeiro de Baix at the Restaurante Monchiserra.  These cafes would appear out of nowhere with high quality coffee and quaint seating. 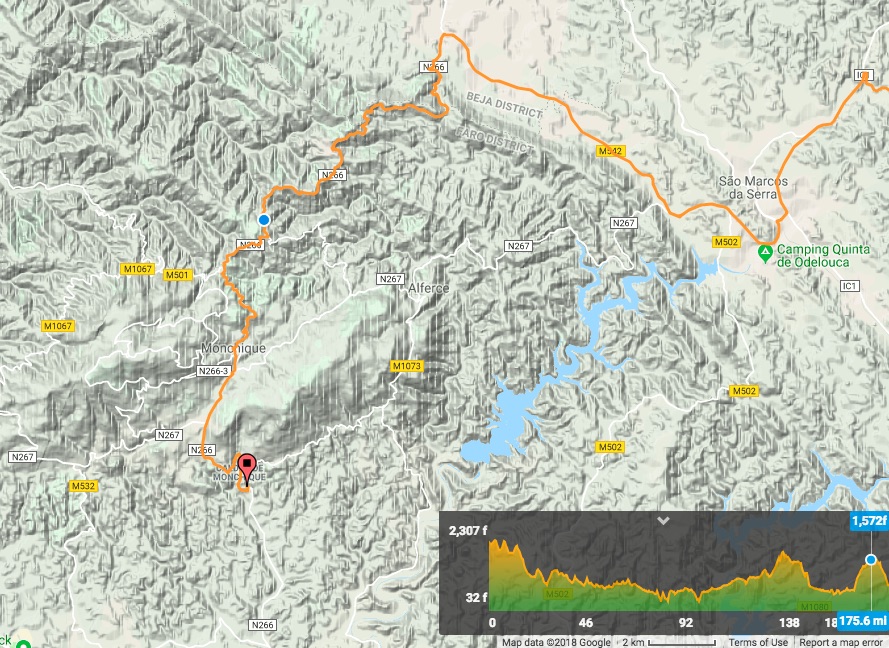 After we were all jacked up on strong Portuguese coffee, we rode off into small roads again.  The Tail of the Dragon is the famous road in the States with its 318 curves in 11 miles.  N266 just north of Monchique in Algarve puts The Dragon to shame.  It’s a little longer than The Dragon, but oh so much better.  And remember that uneasy feeling I had on the F800GSA I described earlier?  Once I discovered the sport mode with the Electronic Suspension Adjustment, all was good! 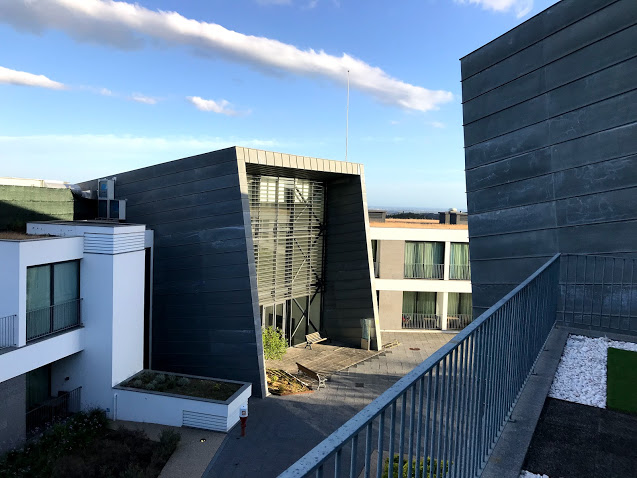 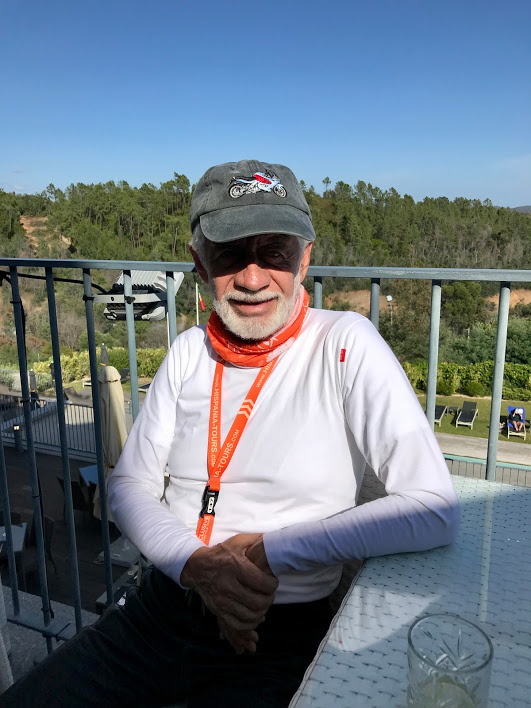 MacDonald Monchique Resort and Spa was upscale.  We would find that the selection of hotels picked by Hispania Tours were all upscale.  Nice change from the mom and pop motor lodges I stay in typically…  We gathered on the deck where we could just see the Atlantic Ocean from our 3,000 meter vantage point.  The temperature was crisp, but the warm afternoon sun made it all comfortable.  I gave Pablo my K12RS hat to shield his eyes until the sun dipped below the trees.  Pablo is 76 years old, and it was hard to tell that with his excellent ability to handle the R1200GSA he had chosen for the tour.  His attitude and humor was entertaining.  He spoke random good English, and worked to teach me Spanish. 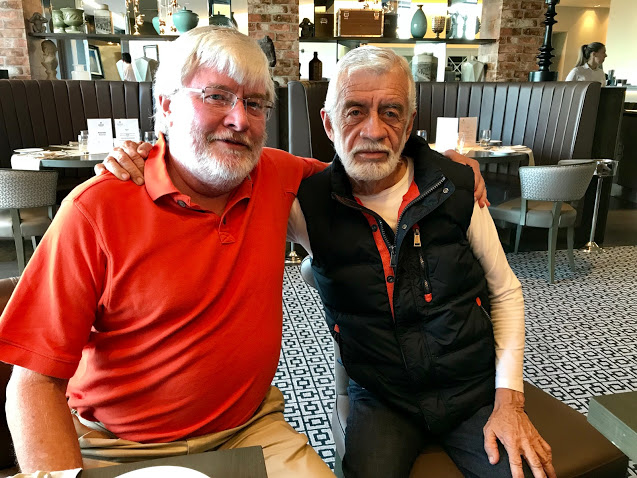 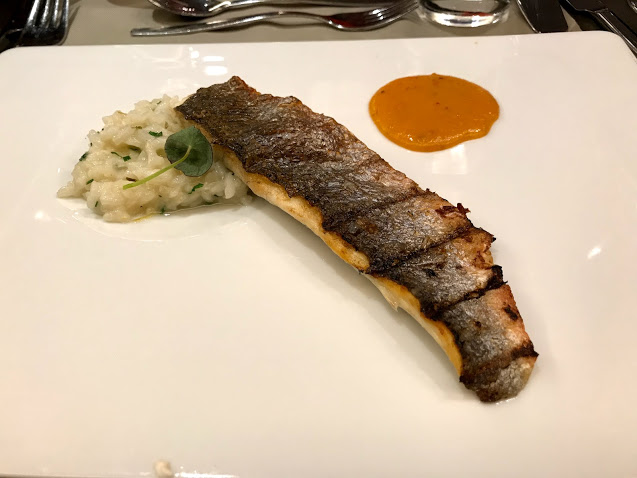 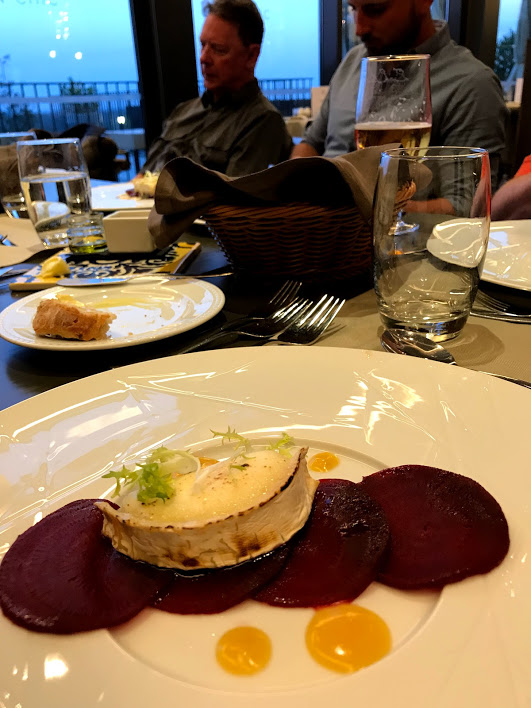 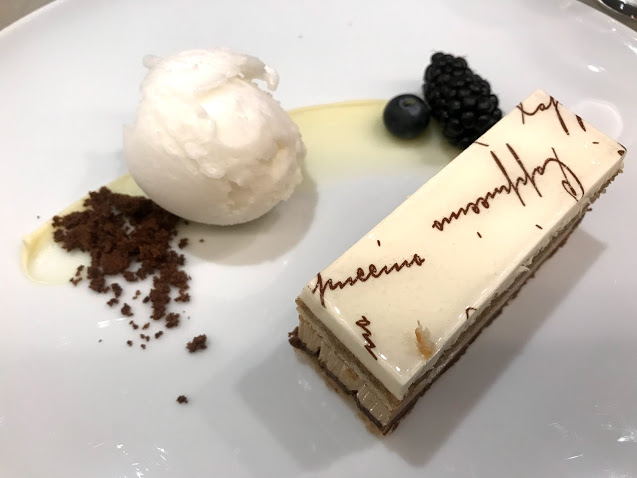 All of this rich tasty food was starting to wear on me.  Uhhh… not the case.  I was getting spoiled rather quickly. 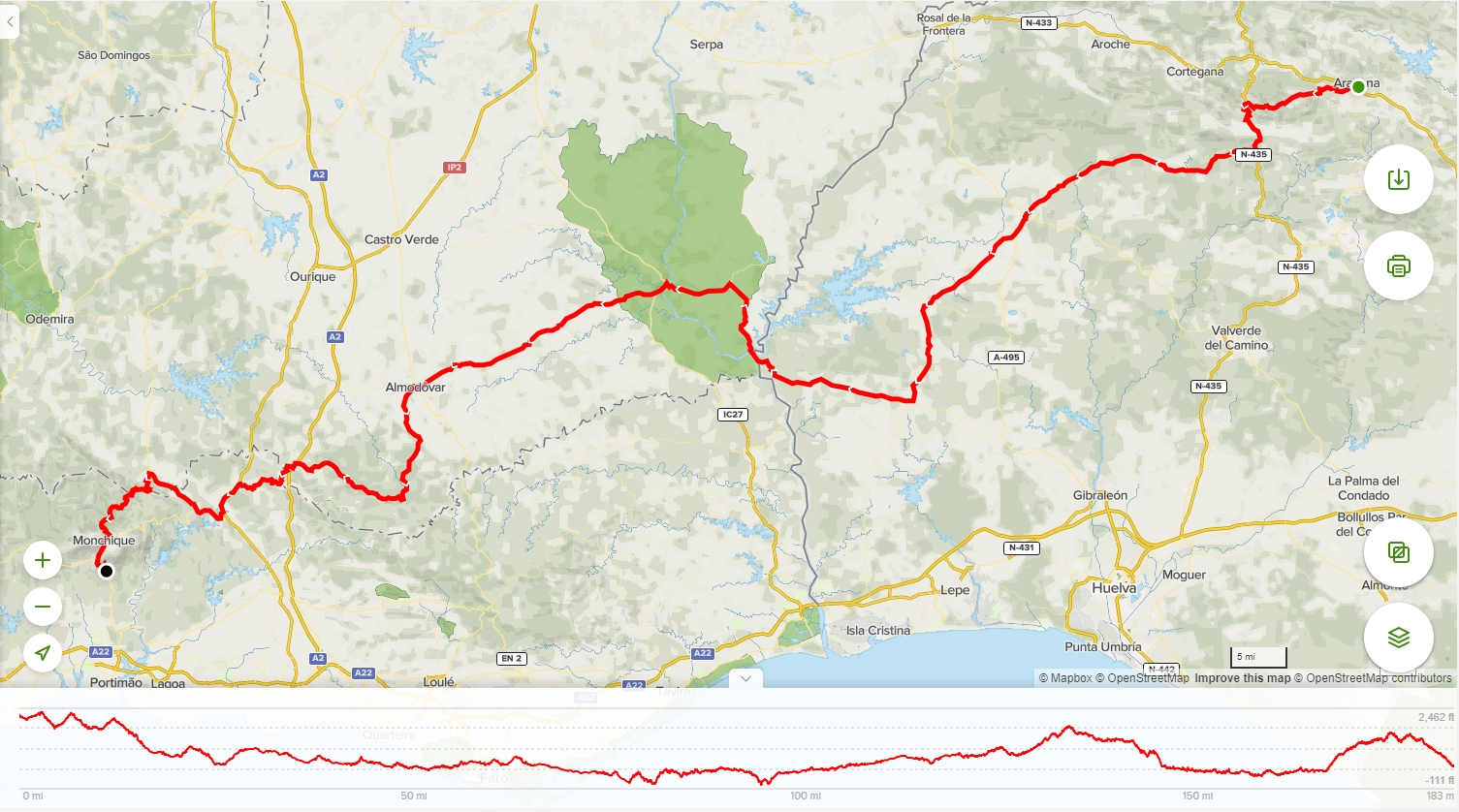 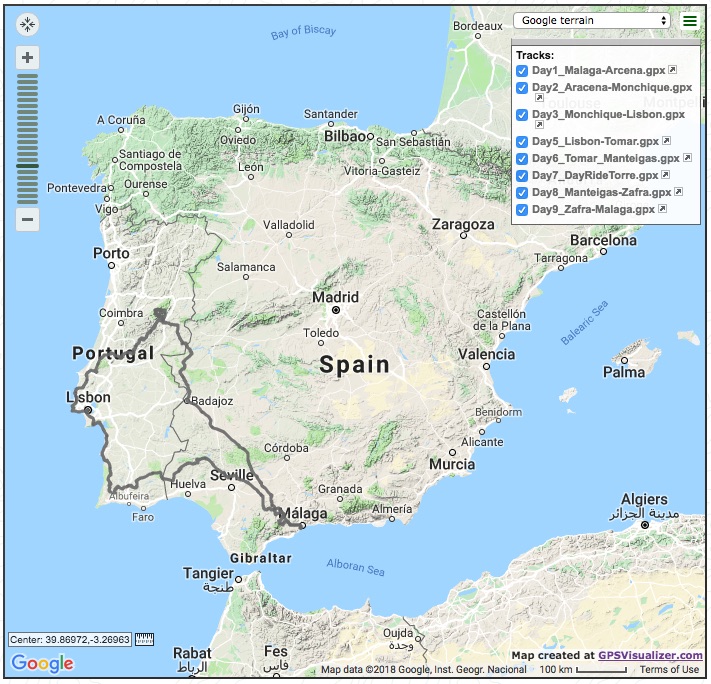