After a foot of rain in the North Texas area, we were all wondering what the RTE weekend would be like.  The weather broke before the weekend, and temperatures looked great.  I changed my oil Thursday night, and was ready to ride with Debbie Saturday morning, I thought.  We packed up the last of our overnight gear, and I fired up the bike to warm it up and roll out on the drive.  Something just was not right… I took it on a run around the block, and it had plenty of power, but idle sucked.  I was scratching my head, and finally called Bo to let him know I was not comfortable taking the bike on a long ride, so I would not be leading.  We were reluctantly getting ready to switch over to the car, then I noticed that the filler cap was still off of the crank case.  Duh…  So, we got rolling, but the delay put us too late to start with the groups. But we joined up twice, just south of the Red River where I had to drop off the back for fuel, and later at Dickson.

Once we made it to the Original Fried Pies in Davis, a patron quizzed me about what was going on with all of the motorcycles.  He had seen already seen a couple of groups come through, and we now had two more coming in.  I told him that our Lone Star BMW Riders club was having a cook out at Chickasaw, and he was impressed with our numbers and wished us fun.

Rick, Robert and Jim were busy with the grills as we arrived.  I snapped some pictures, and wasted no time grabbing a burger and visiting.

It looked like everyone was having a good time.  In addition to our Texas and Oklahoma riders, there were some long distance riders that showed up from Alabama, Illinois, Missouri with Mike from North Carolina riding 1,036 miles for his burger.  Does anyone find anything unusual with that?  No, it’s just motorcycling.  As Debbie has said before, “it’s all about the ride”.

Debbie and I helped pack up the grills, and we headed off for an overnight at Lake Murray Lodge.  This place is like the set of “Dirty Dancing”, but run down.  The state of Oklahoma should work to free up some funds and spruce up the lodge.  It is in a nice setting, but needs help.  Nonetheless, we had a good time and enjoyed the quiet, except for that 500-watt sound system on a ski boat.

Sunday morning, we headed out and watched for Bambi in the early fog.  We timed our departure to wind up at CJ’s in Whitewright at 10:00 to meet the club again.  There was a big group of Harley riders, and many members of our club.  Moto riders dominated the cafe, and the food and service was great even with the onslaught. 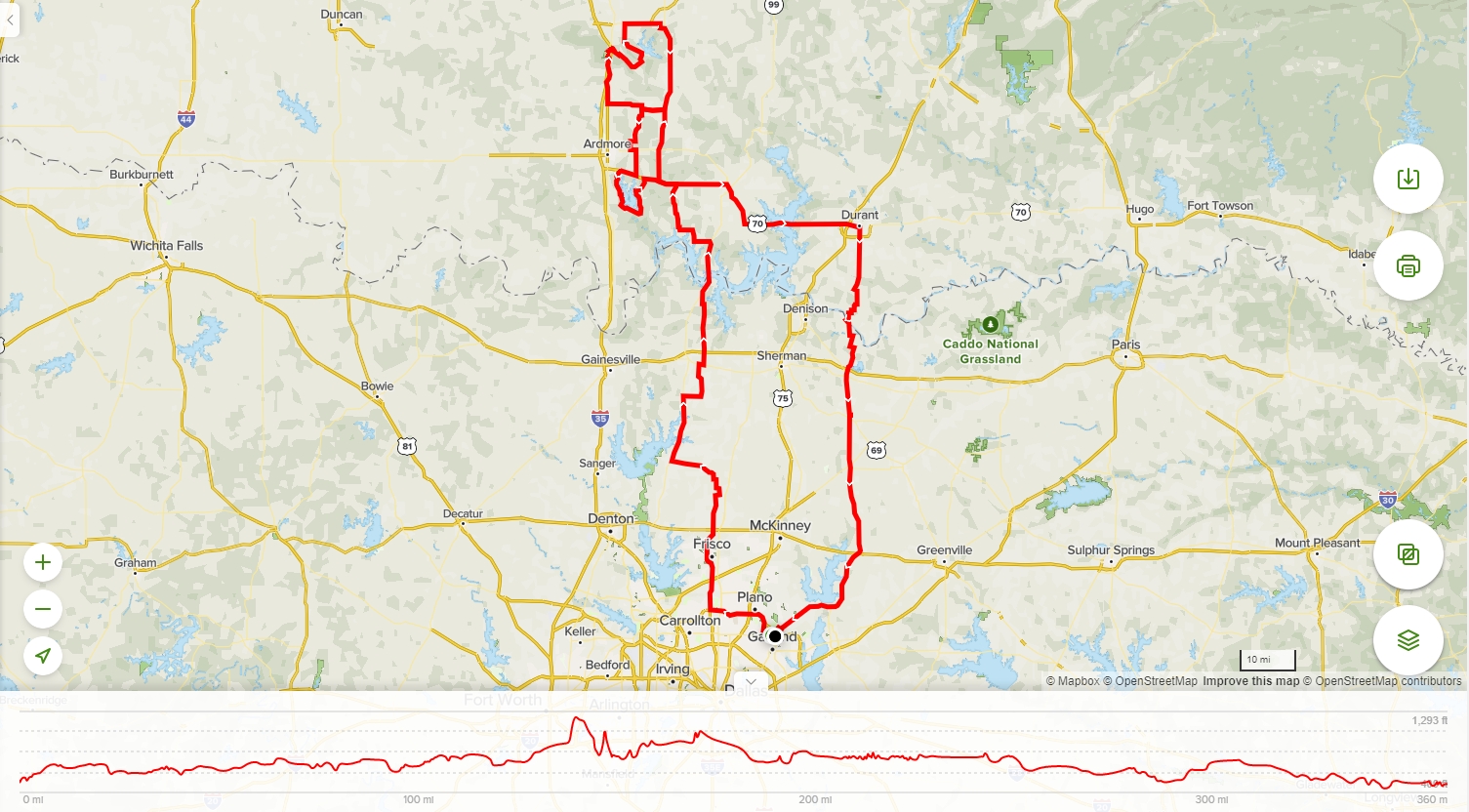