The roads along the Red River in the far reaches of northeast Texas have long been in my head to explore.  I knew hardly nothing about the area other than the Albon Red River bridge at Hwy 37 where many a trip across the border has been made.  The weather this morning was cool with the temperature at 38 this morning, but the sunny skies warmed to near 70 as the day progressed, and wind was not present until late afternoon on the return ride near home.  A perfect day for riding.

I made my way up as quickly as possible through Bonham, and then worked on to smaller back roads that eventually turned from good to  patches of pavement to gravel.  Along the way the Dogwoods were in full bloom.  I can’t remember seeing as many as I saw today.

The shortcuts from one FM road to another meant a travel across some gravel roads, but they were for the most part hard-packed after the rain we had over the last week.  One can really get the flavor of an area by traveling off the beaten path.  I always enjoy these roads.  One benefit is parking the bike in the middle of the road and not worrying about anyone trying to run over it.

I hardly saw the Red River even though I was riding along it within a quarter mile very often.  I was surprised by the large-scale ranching and farming operations I saw through the ride.  But, there were very few people or evidence of houses along these roads in many sections.

One small road started paved, turned to gravel again (theme of the day) and then ended its public access at a locked gate.  I was prepared for this possible back-track, but I should have filled up with fuel sooner than I typically do.  The gas stations were very rare along the roads I traveled today.

By Clarksville, I was ready for some food, and I noticed an Italian restaurant on the square.  That works.  The Italian Bistro was quite a find, with bread and calzone that was perfectly baked with golden touches on the crisp outer layer.  I complimented the chef, Alex, on his tasty creation, and told him I would try to return as soon as possible.

The return ride was nice with the temperature rising all the way back.  I saw the typical late afternoon droves of bikes heading out of town as I was returning mid-afternoon.  A quick stop in Sachse was made to get Elke’s state inspection taken care of, and then I headed home.  Deb and I enjoyed the afternoon sun on the deck in the back yard with a couple of refreshments.  It was a good day. 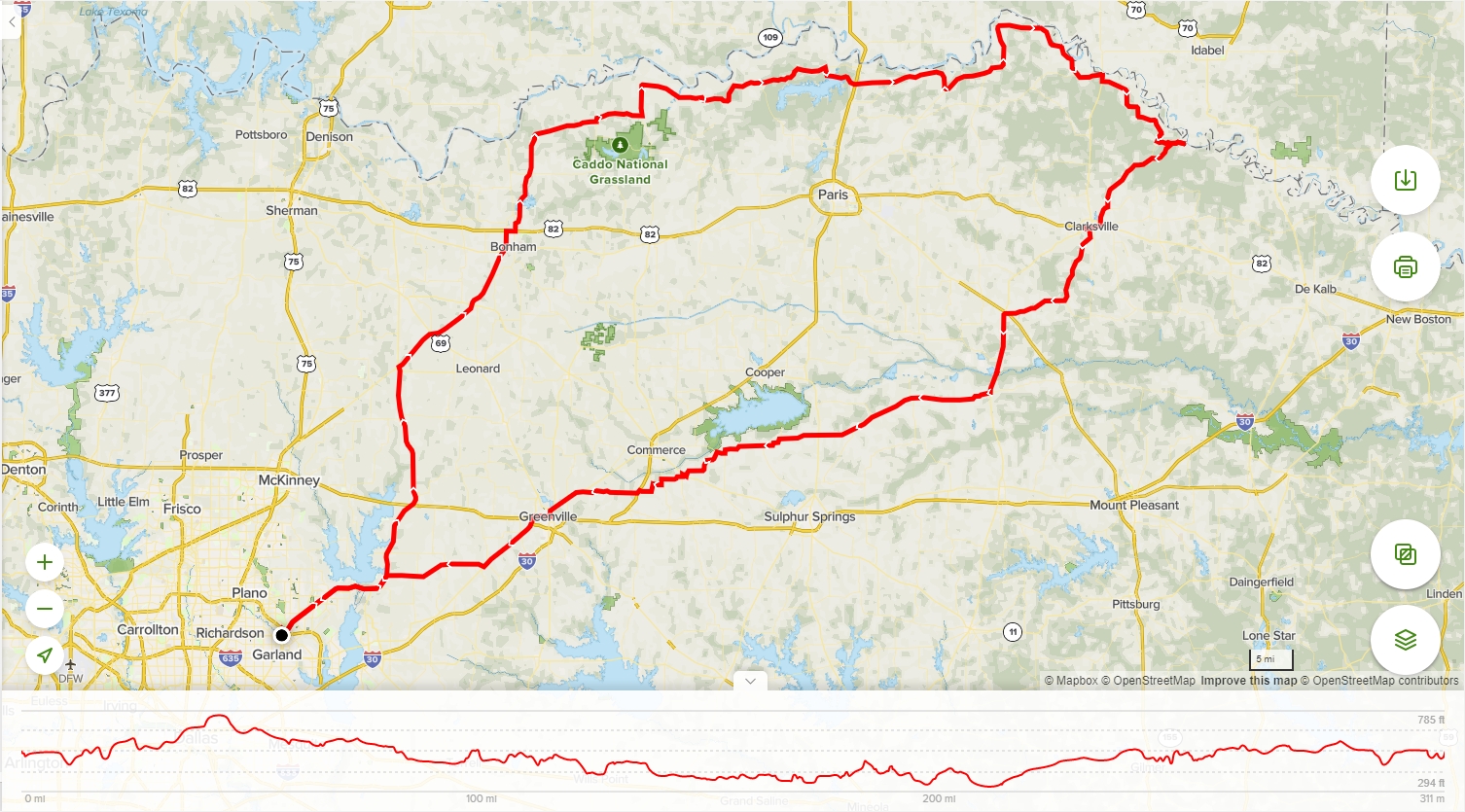