A Week of Moto Commuting

I rarely ride into the Dallas area, especially during rush hour.  It’s typically just not fun with the zoned-out cage drivers on cell phones using their motorcycle-blanking vision.  This week though, I rode each day across the ‘burbs to attend a Healthcare IT technical training course.  The course was a good review and I was there also to evaluate the training material to consider sending more of our staff.

The Dallas-area freeways are just not moto-friendly, except once one gets into the HOV lane.  But, freeway speeds and the aforementioned cage drivers convinced me to take the back roads.  The bike commute was also an economical decision with fuel now above $3.50 a gallon.  The 45 MPG that the K gets is much better than my cage’s 16 MPG, and that alone saved around $30 during this week’s commute.

It was around a 50-minute ride to my destination, and I found some pleasant roads along the way in some older neighborhoods that looked to have been rural at some time with tall trees and houses set far back.  The GPS helped a lot to figure out multi-turn paths and it allowed me to discover some new roads.  The morning temperatures were in the 40’s early in the week and afternoons were in the high 80’s. 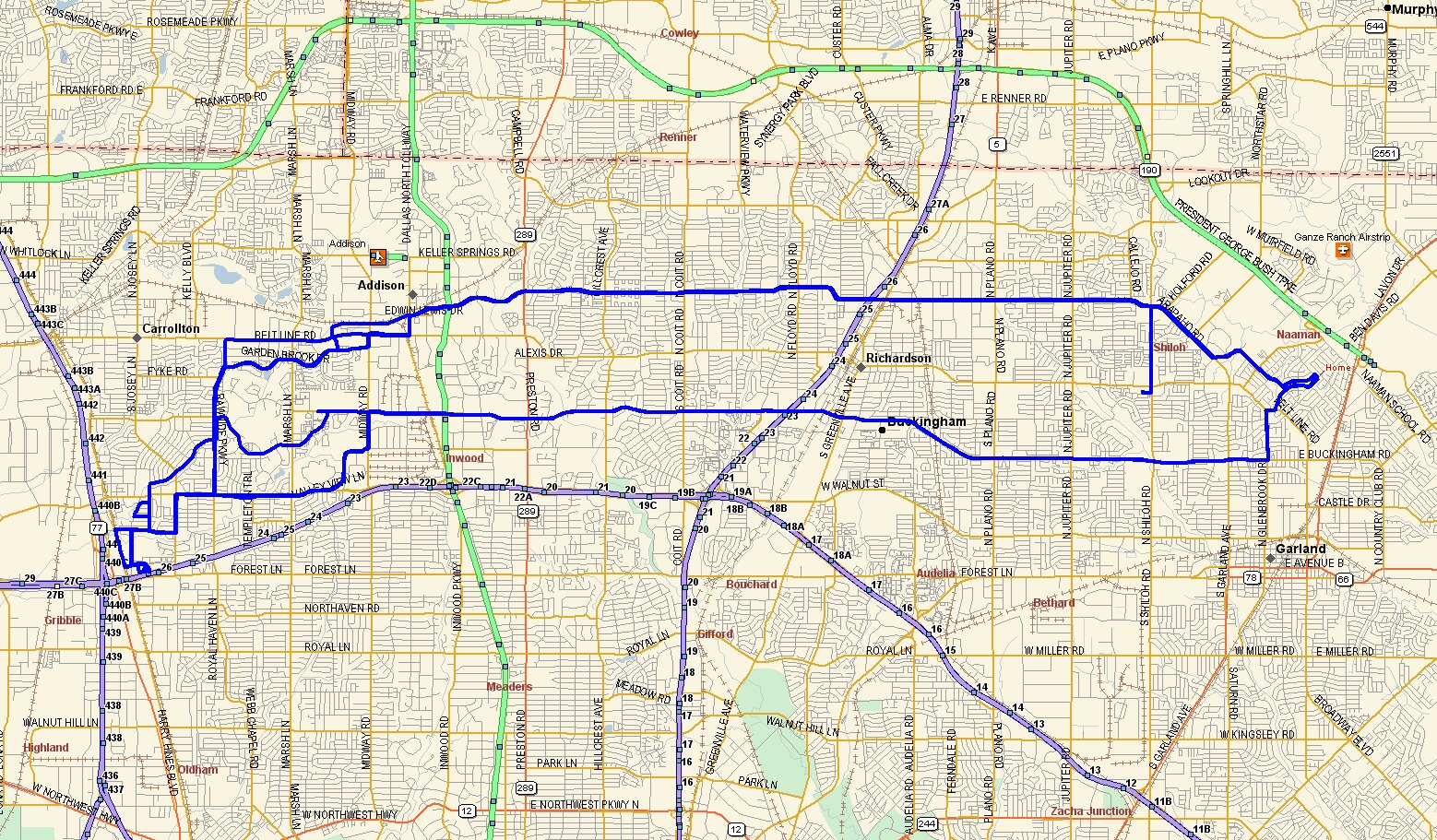 Listening to the radio via my Motocomm audio mixer and having my cell phone interfaced made the commute entertaining.  My new Sanyo S1 phone actually works well with the mixer where my previous Samsung just hogged all of the audio when plugged in.  I took several calls during the week and the auto-answer and call audio quality was flawless.

This week of riding was a lot different than my typical journeys out of town getting away from all the city traffic and enjoying the open road.  Even though the traffic was all around me, it’s still better than the cage.  Next week it’s back to the train commute.