My Iron Butt Association National Parks Tour was almost done with only one state left to obtain a NPS stamp to complete the certification requirements.  I would work this in during Justin Philipson’s How the West was Won 32-hour rally.  I have not missed a single HW3 since its inception, and Justin does a great job coming up with the rally theme and boni.  I also look forward to this rally each year for its social gathering of my long-distance friends.

The theme for 2019 was Periodyc Pandemonium, where boni locations aligned with the eight common elements from the periodic table; Fe (Iron), Si (Silicon), C (Carbon), S (Sulfur), O (Oxygen), H (Hydrogen), Ca (Calcium), and Na(Sodium).  The key to maximizing points was to form compounds out of the elements collected during the rally.  The rally pack arrived on the Friday before I left for Colorado. 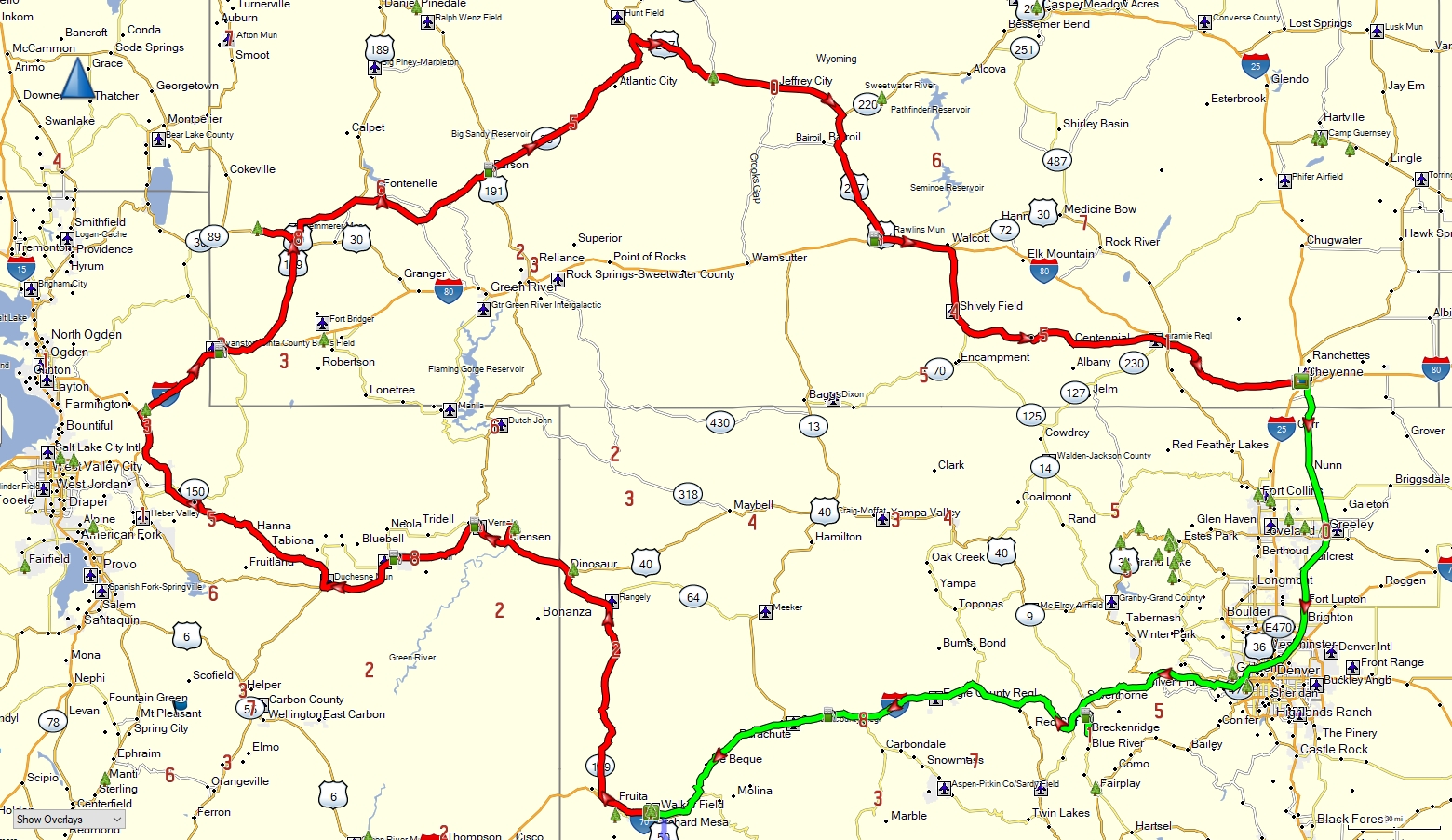 I studied the rally packet and designed a route that would take me through some of my favorite areas and roads in the west.  Hopefully I would finish somewhere in the middle of the pack.  There are always some very competitive and talented riders in this event, so I have put aside the expectation of a top-level finish.  I just want to have a good time on the moto.  Along the way in this rally, there would be a couple of stops at national parks to grab a park stamp for my cert. 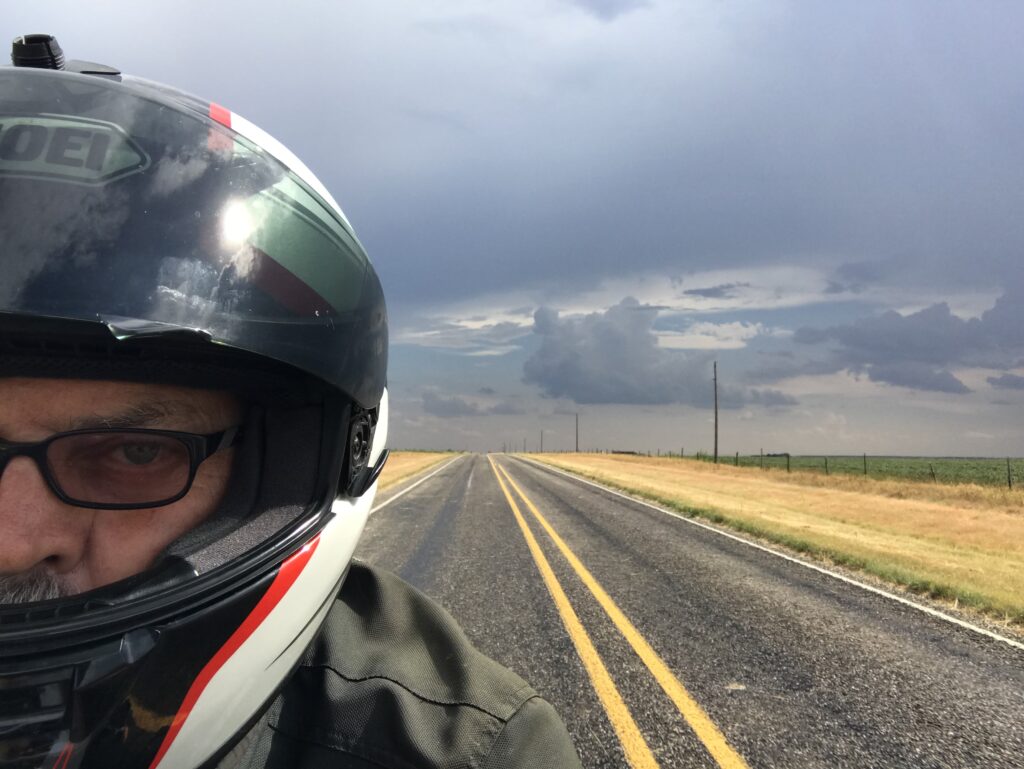 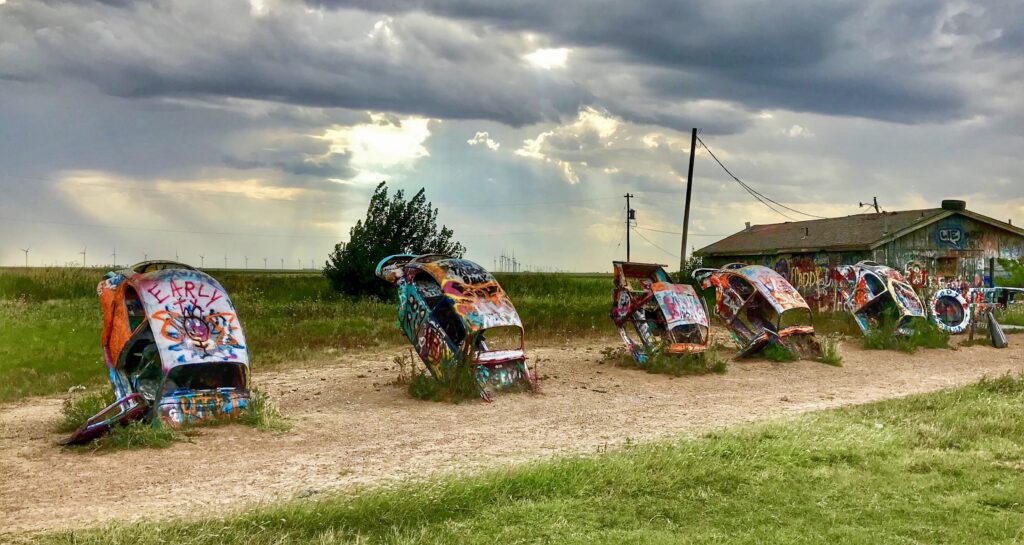 I rode to the Texas Panhandle to get closer to beloved mountain roads.  Before the afternoon thunderclouds formed, the temperature hit 107 degrees.  Near my stay in Conway, there was a collection of VW Bugs stuck in the ground similar to the Cadillac Ranch west of Amarillo.

August 8, 2019
Thursday’s ride was through the volcanic area of northeastern New Mexico and on to the mountain roads of southern Colorado.  I crossed over Wolf Creek Pass and down into Pagosa Springs for an overnight stay. 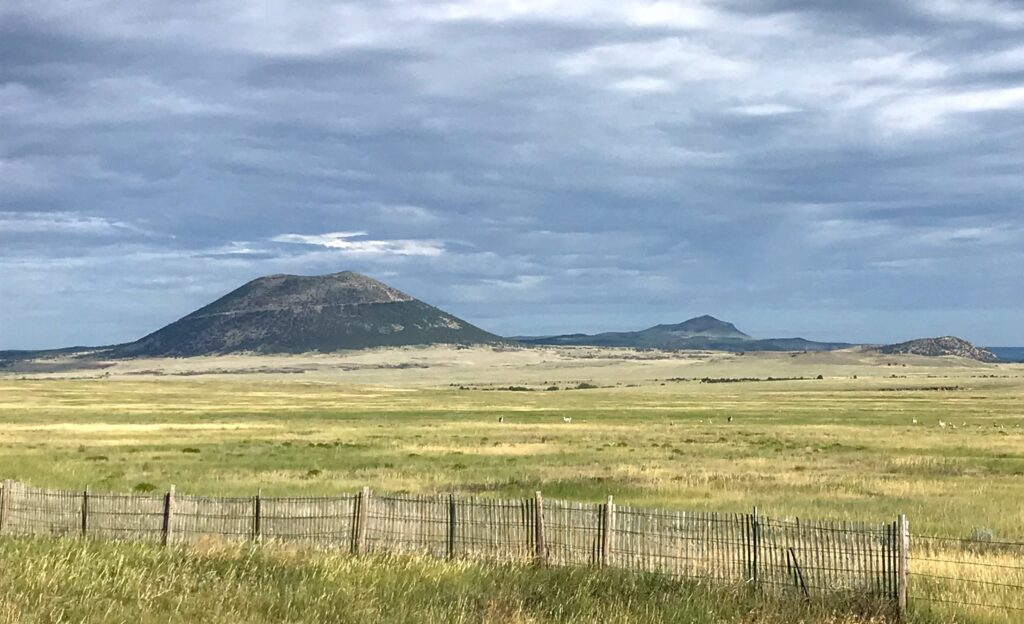 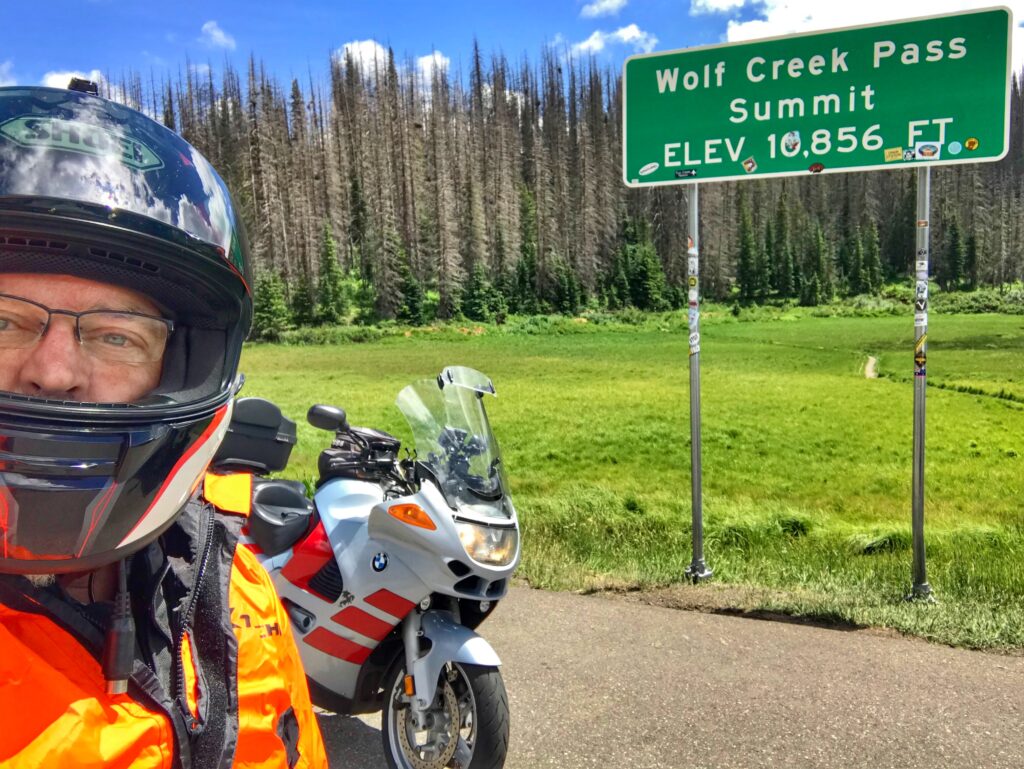 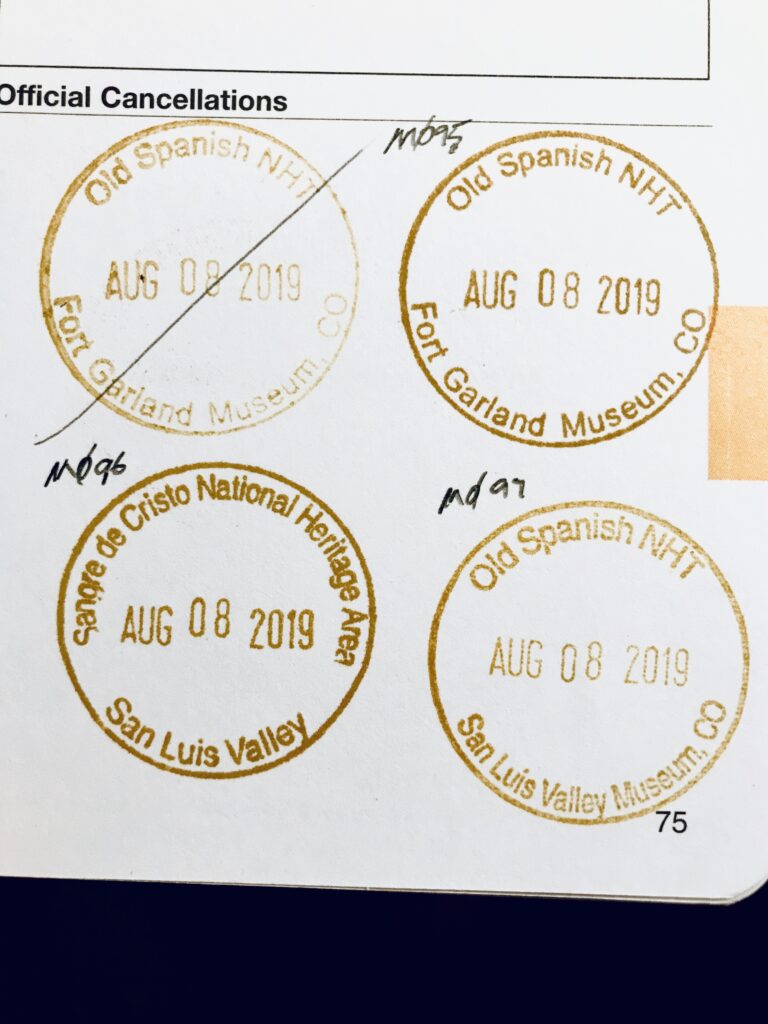 I had picked up 5 park stamps along the way, mostly along the Old Spanish and Santa Fe Trails.  My stamp count was now up to 63, way more than the 50 required for the cert, but still short of the 25 states needed.

August 9, 2019
I had to arrive in Grand Junction well ahead of the 3:00 deadline to complete the tech inspection for the HW3 Rally. 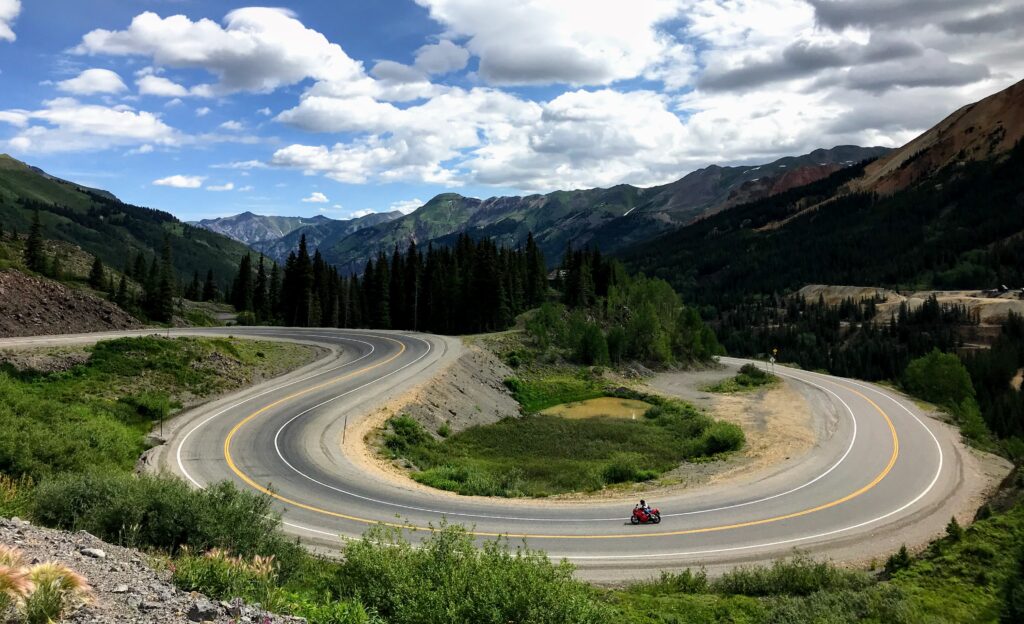 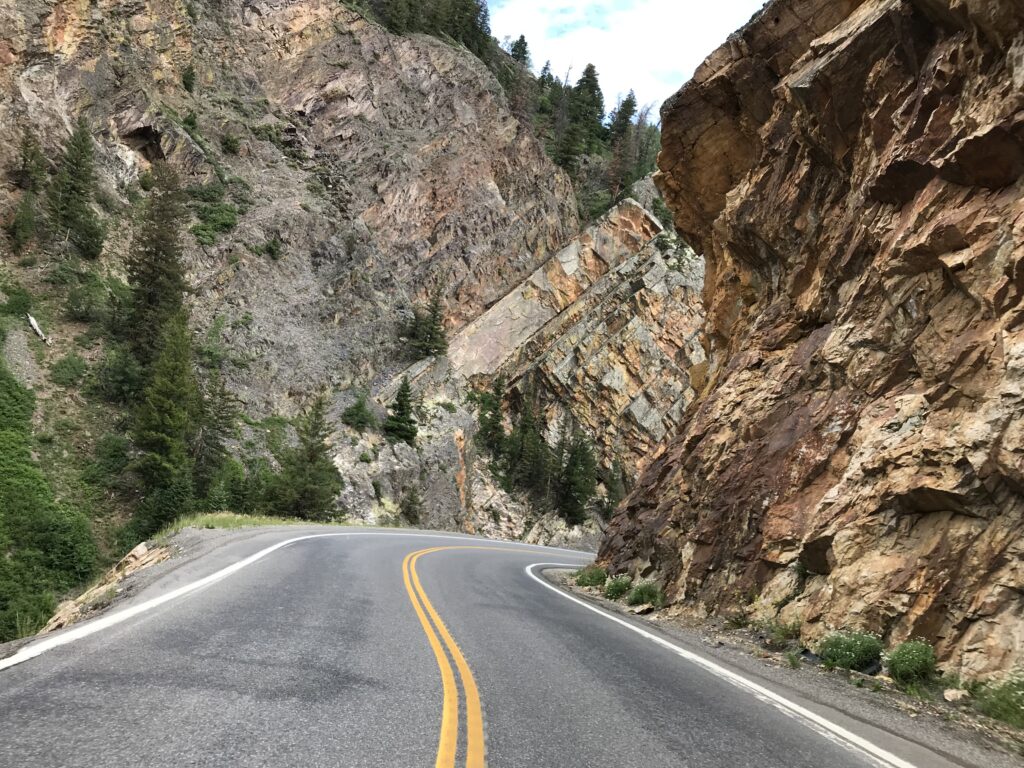 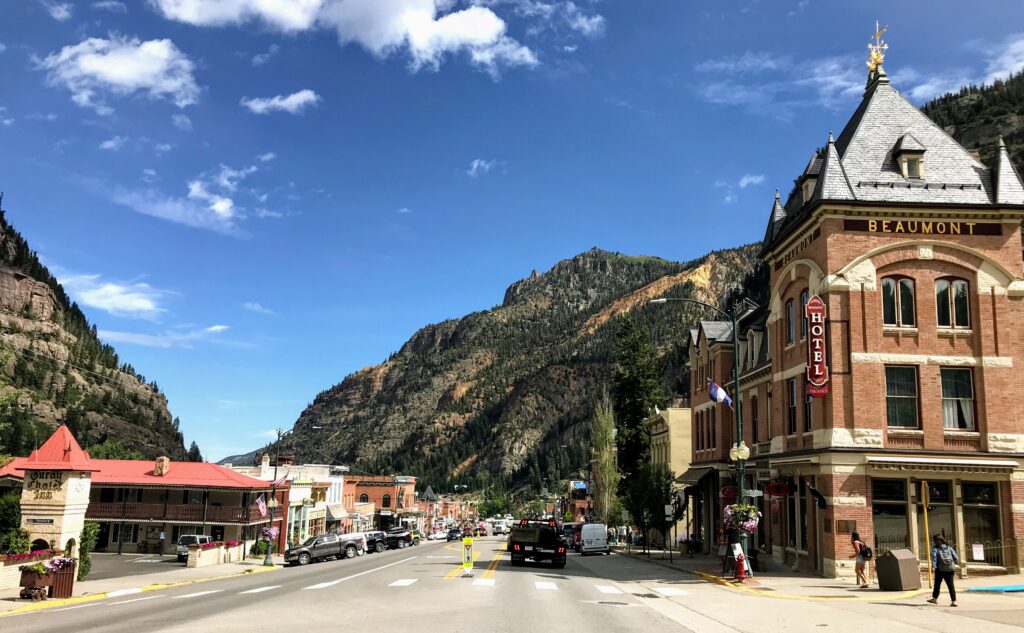 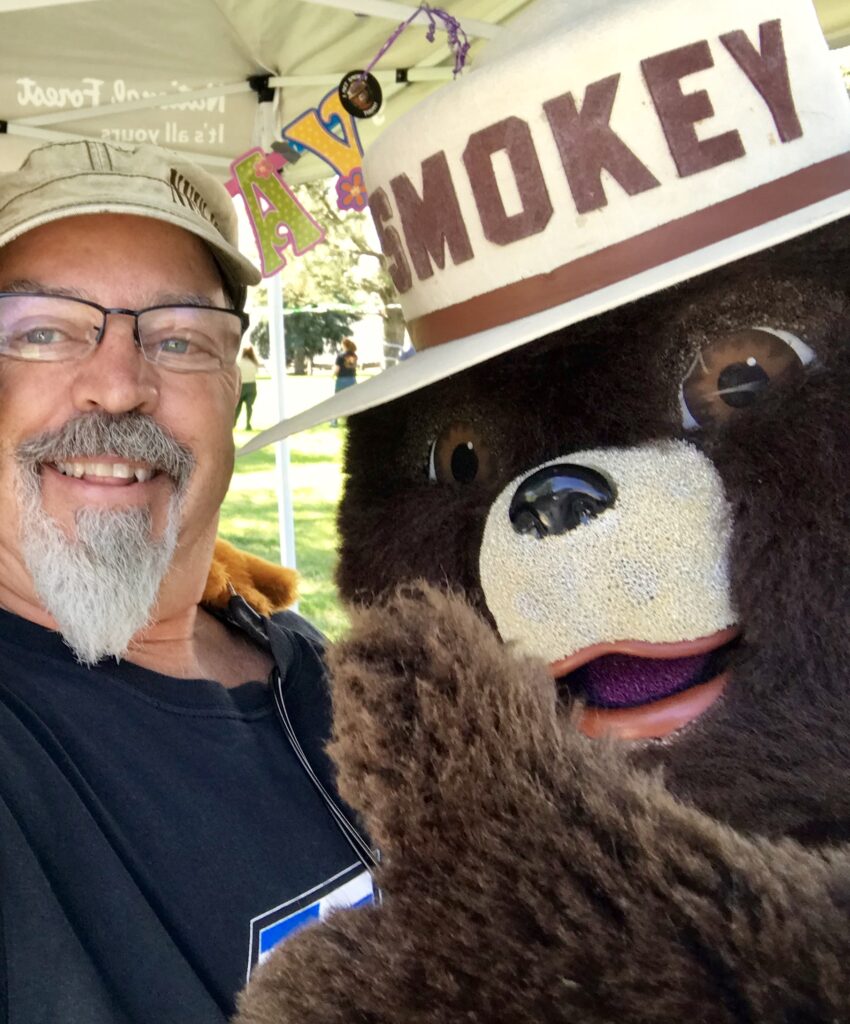 The Million Dollar Highway was more than an enjoyable way to get there.  The weather was extremely nice for this twisty ride through Red Mountain Pass.  It was Smokey the Bear’s 75th anniversary, and there was a celebration going on where I stopped to pick up a park stamp at the Montrose Public Lands Center. 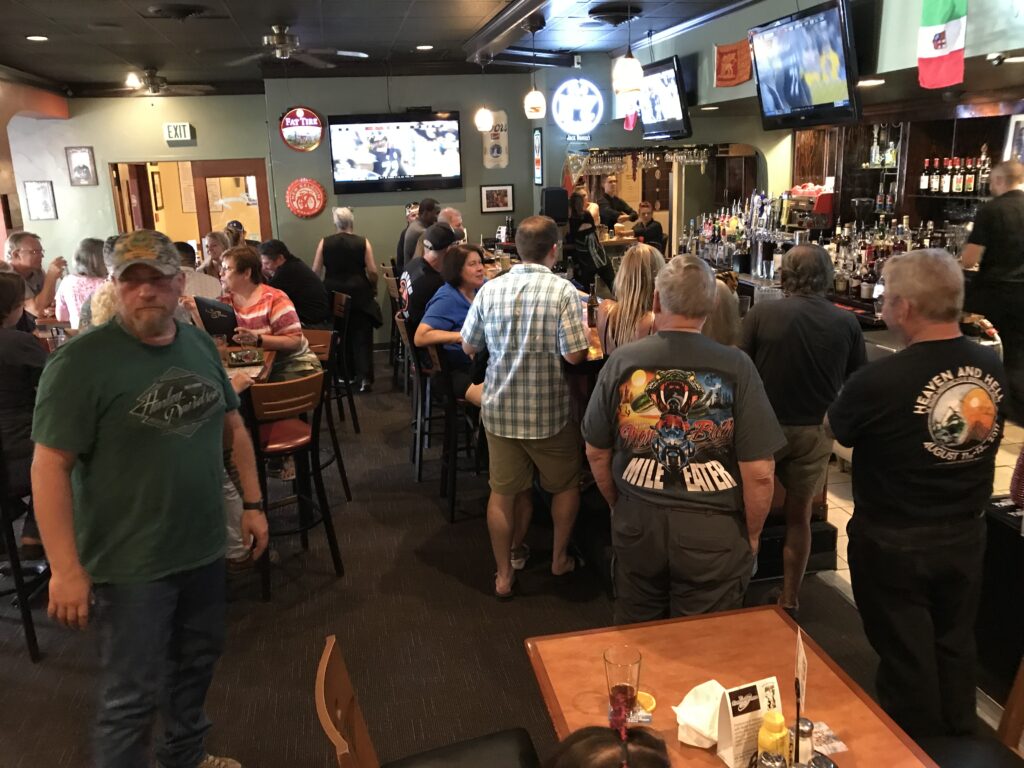 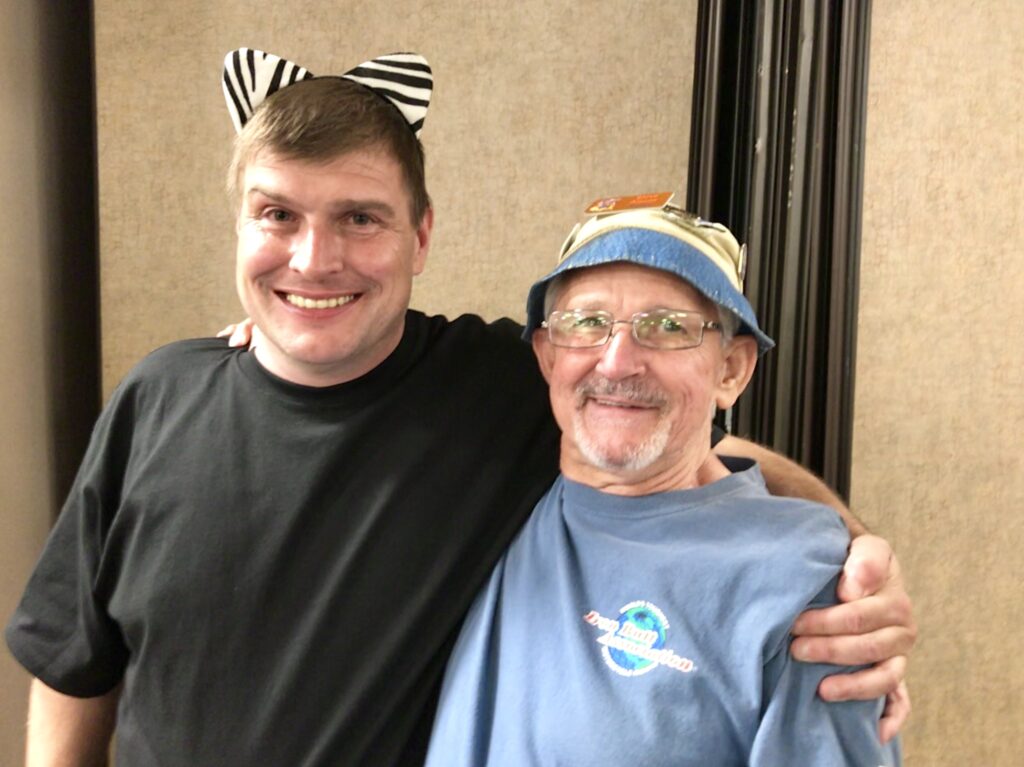 I arrived at the rally headquarters and prepared for my tech inspection and odometer check ride.  The evening was filled with visiting again with my long-distance moto friends from across the United States.

August 10, 2019
Morning came early for this 32-hour rally.  We had breakfast and prepared our bikes for the line-up prior to a 6:00 AM start.  Justin added in a twist to the rally where we could gain more points by spelling out [P] [Er] [I] [O] [Dy] [C] [Pa] [Nd] [E] [Mo] [Ni] [U] [M] by collecting elements within town signs.  This would require attention at each town to grab a photo where the elements existed.  Dale “Warchild” Wilson sent us off into the morning light in an orderly fashion.

I headed northwest out of Grand Junction into Utah and saw a lot of the other rally riders at one of the first bonus locations.  After that stop, we splintered off into our own routes and it was a rare occasion to see HW3 riders again. 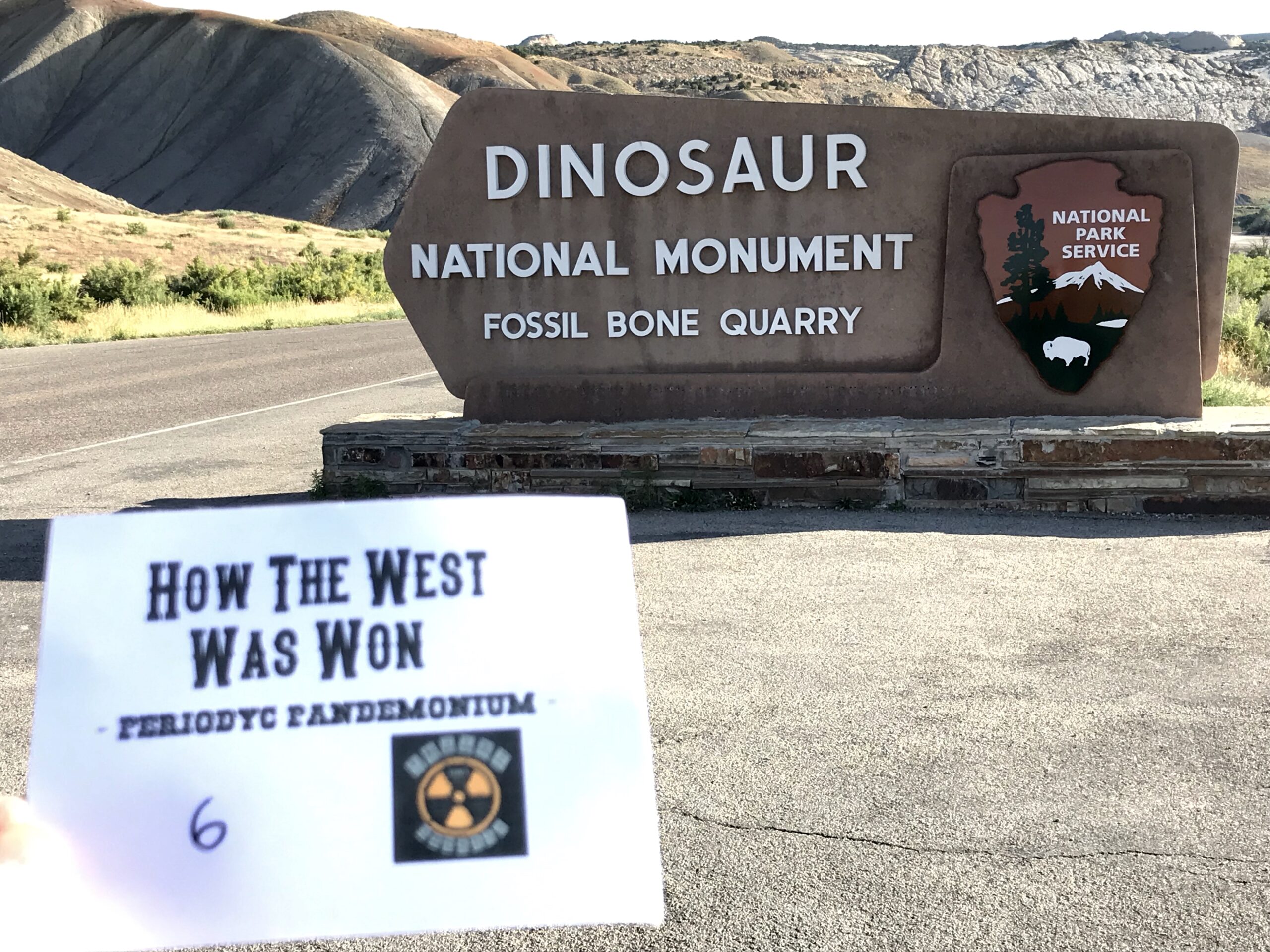 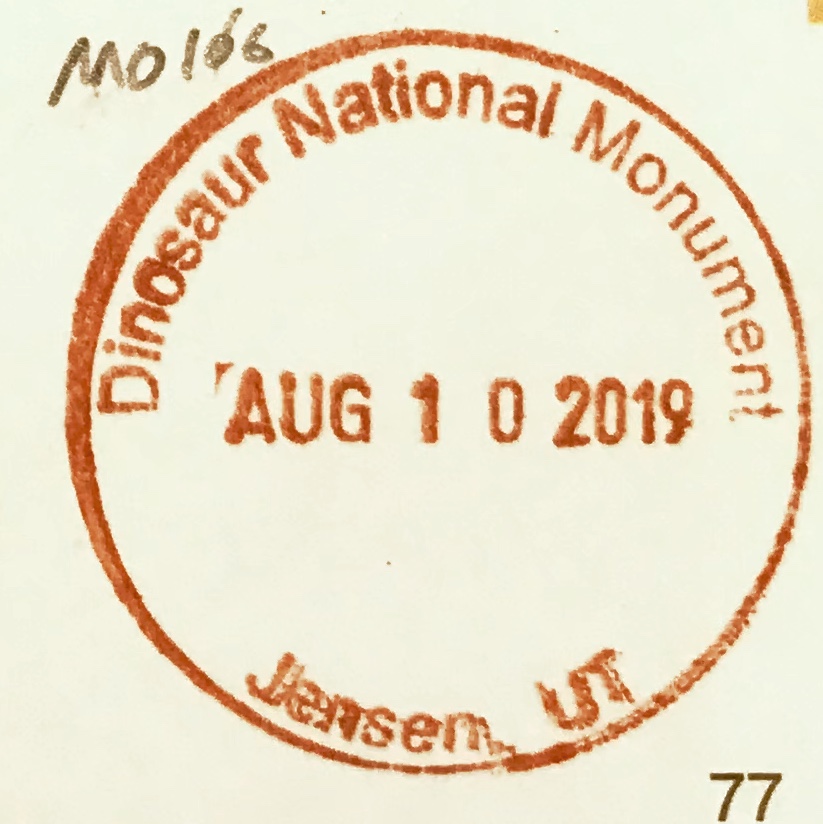 One of my HW3 stops was at Dinosaur National Monument where I collected both a rally bonus and a NPT stamp.  This stamp marked completing the requirements of my National Parks Tour with 25 states and 50 park stamps acquired. 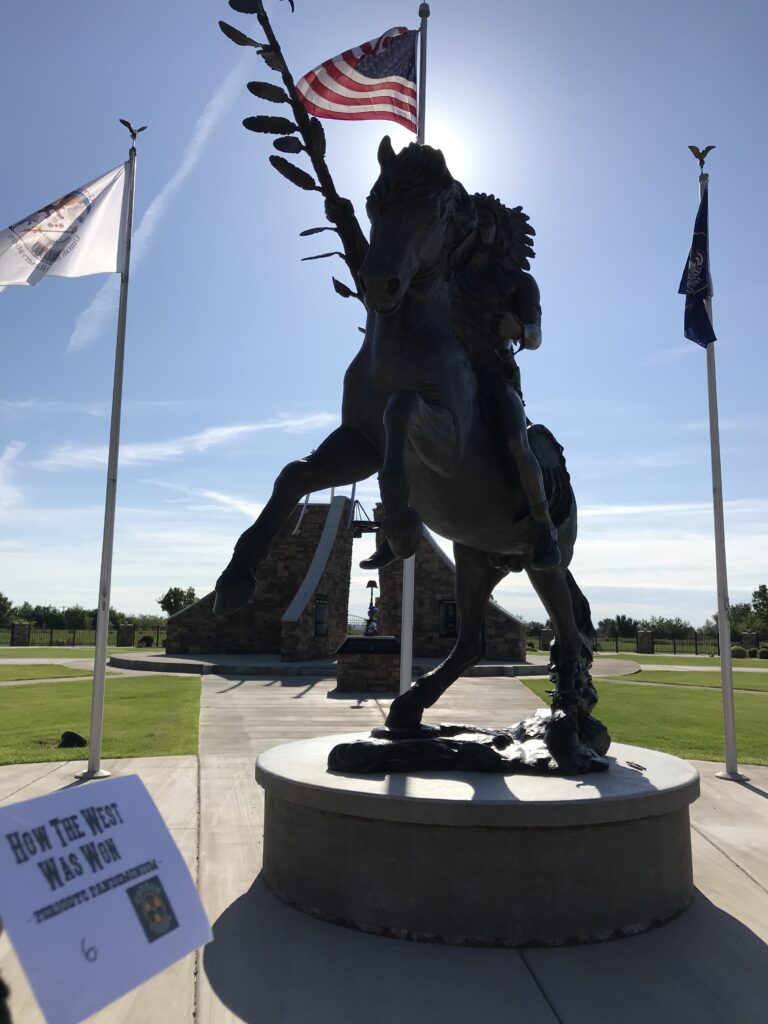 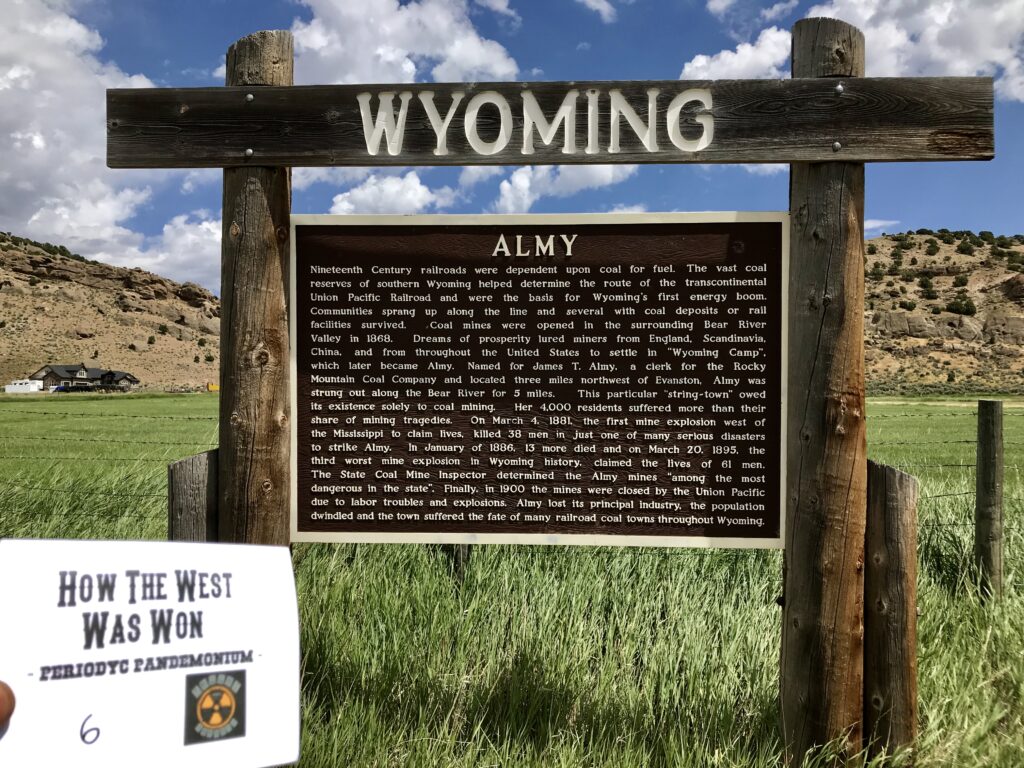 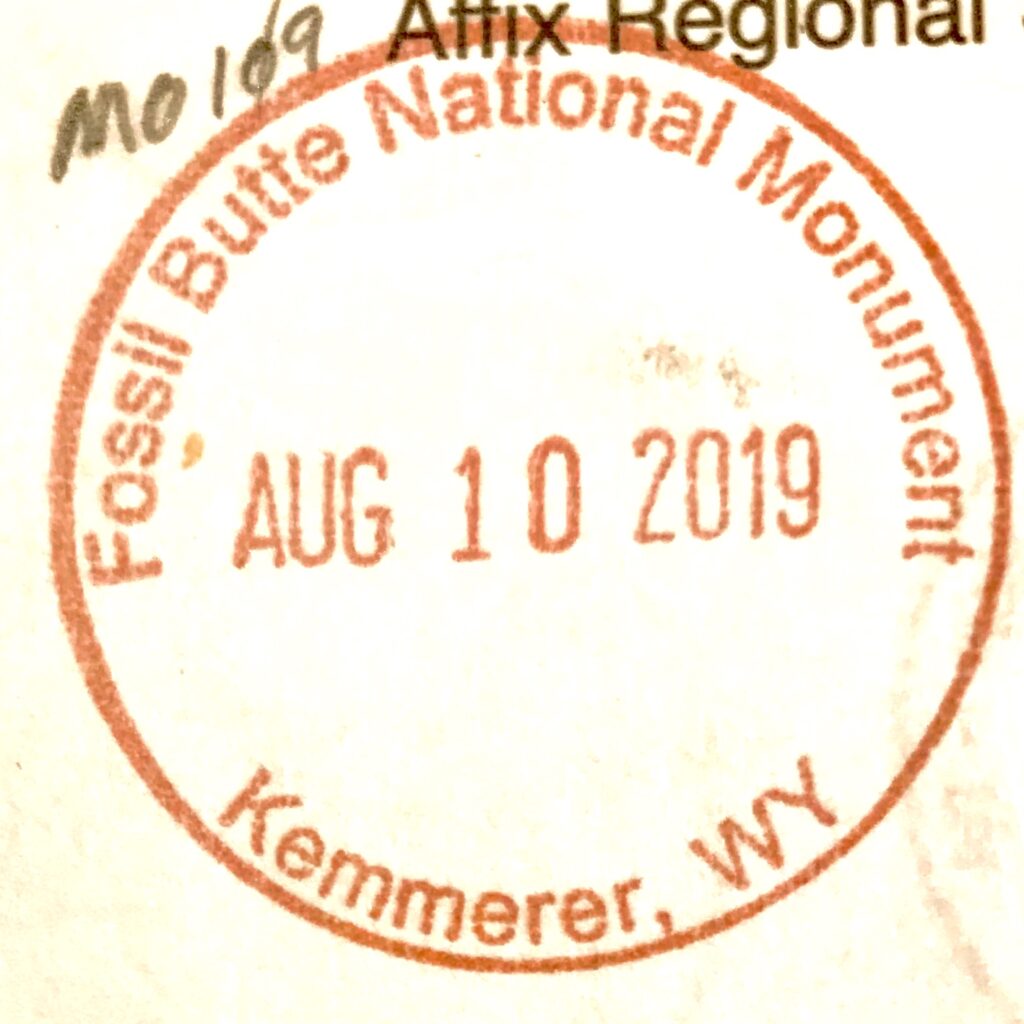 I continued west from Vernal taking Hwy 35 over Wolf Creek Pass (yes,,, confusing with Colorado’s Wolf Creek Pass).  This was a very quiet road with hardly any traffic considering its proximity to Salt Lake City.  I picked up one more park stamp in Kemmerer, WY. 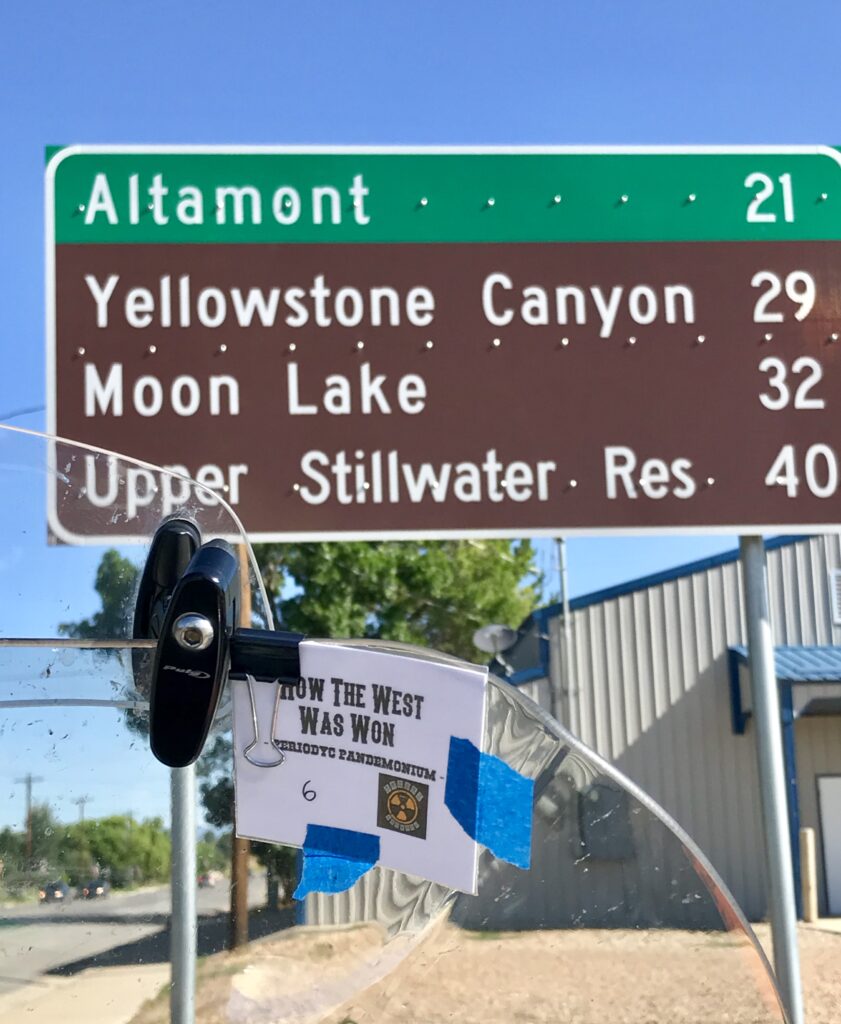 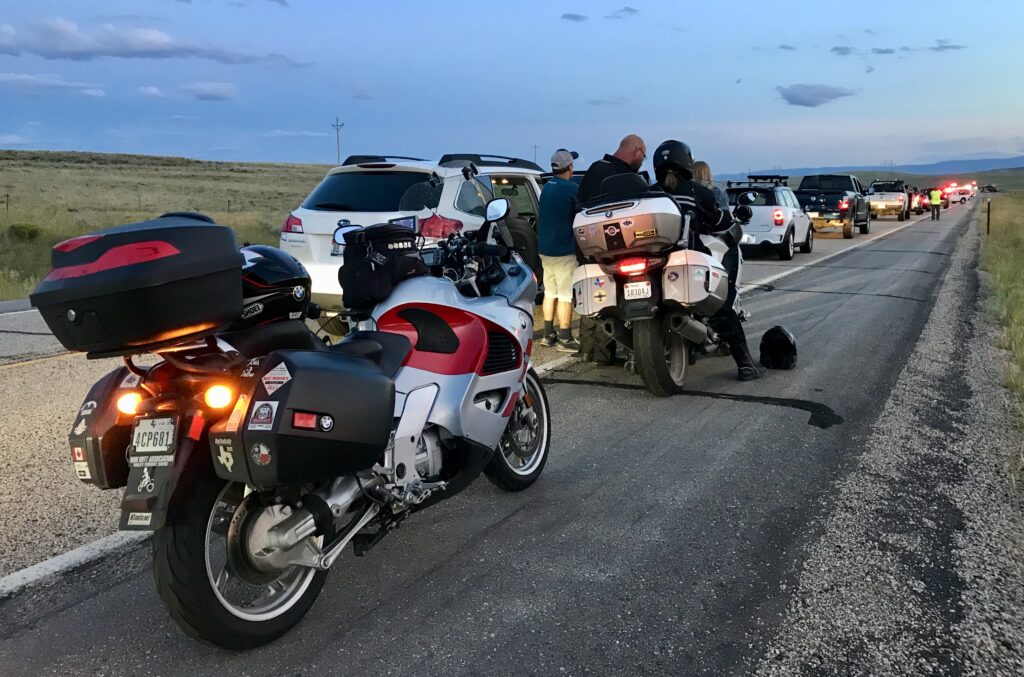 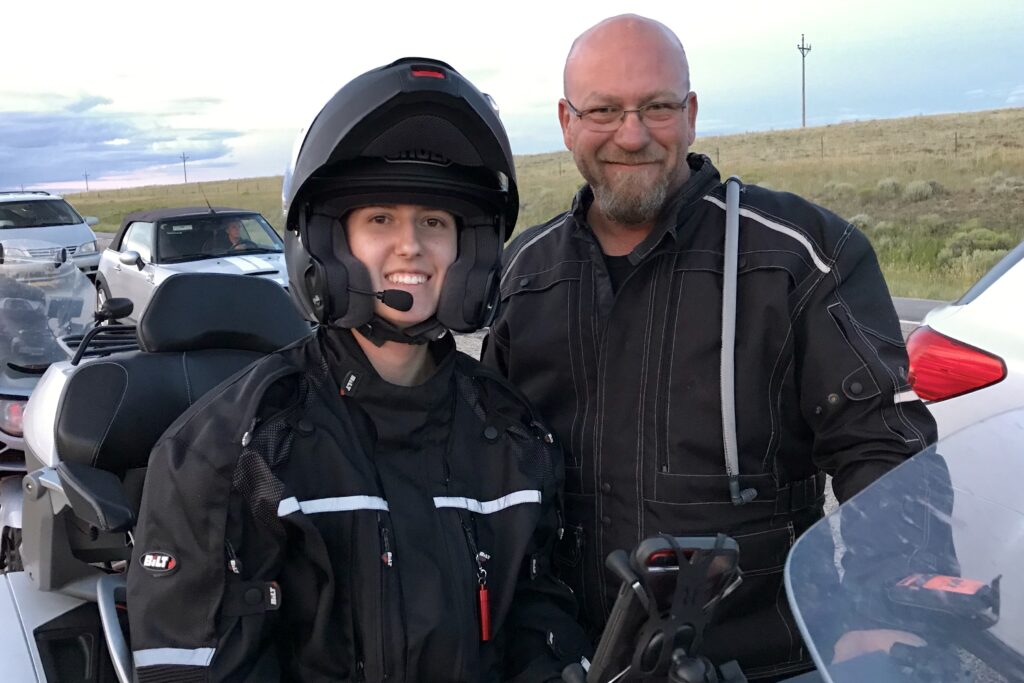 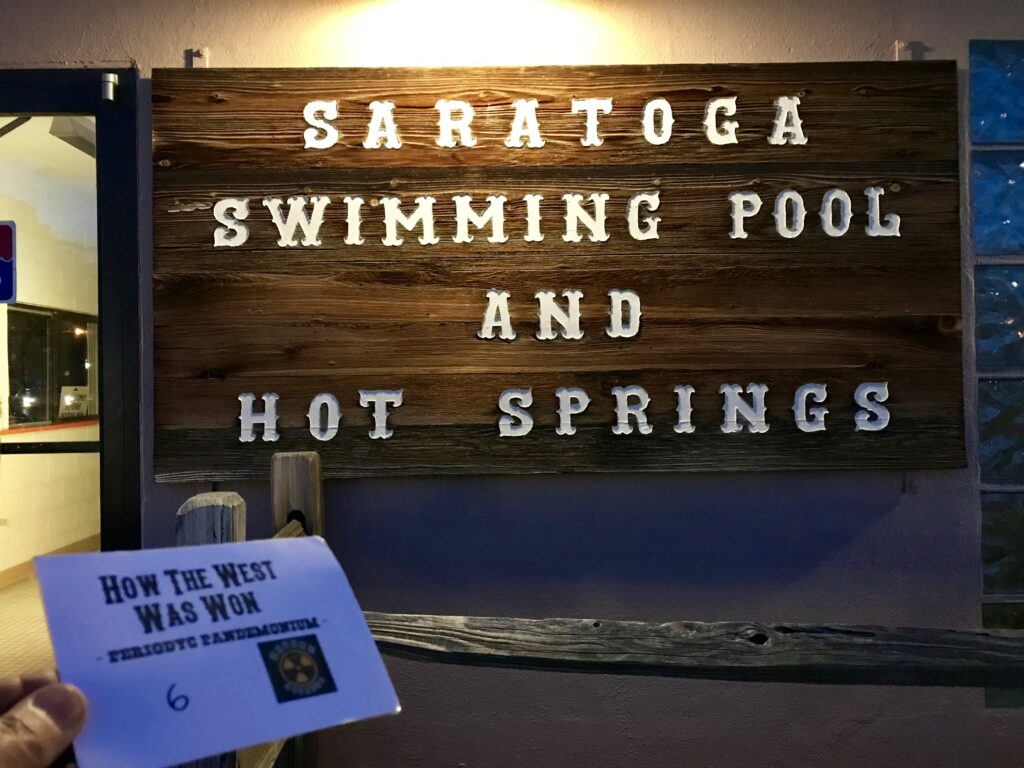 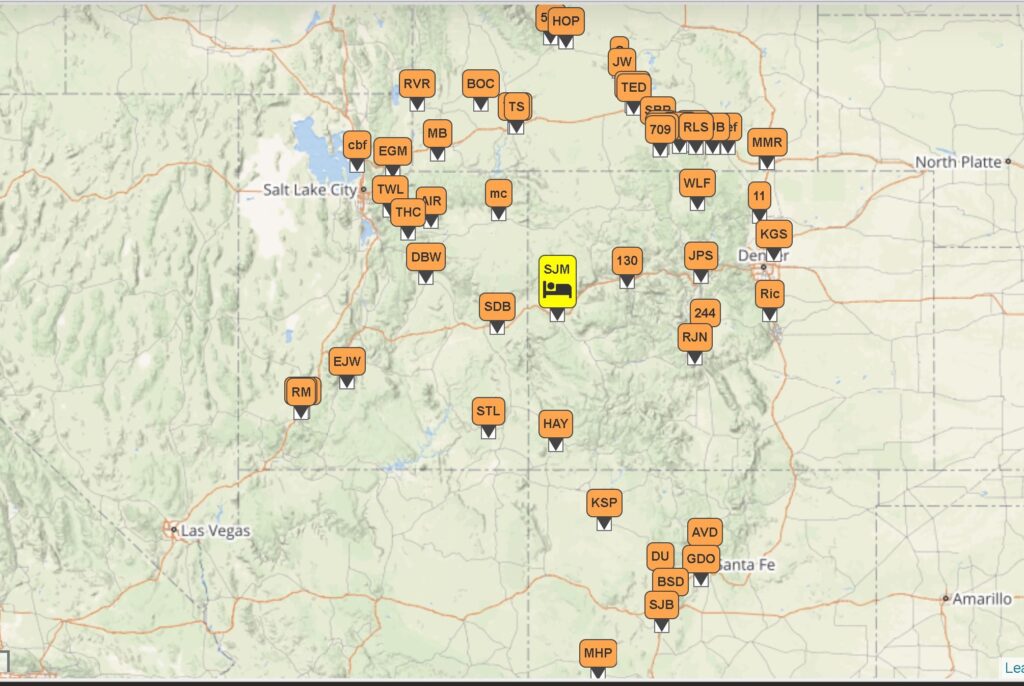 The roads in Wyoming can be very lonely.  It’s common to ride for 20 or 30 minutes without encountering another vehicle.  As the sun was setting, I came across an accident south of Walcott where traffic was stopped for a bit.  This morphed into a HW3 meet-up with James Handley, his daughter and Peter Green.  797 miles for the day and at 11:15 PM, I pulled into my rest stop in Cheyenne, WY.


August 11, 2019
I headed out early to finish up my relatively simple day of collecting a few more HW3 boni and to get back to Grand Junction for the finish.  There was a nasty thunderstorm up in the mountains on I-25 west of Denver, but the sun came out and dried my jacket as I neared Grand Junction. 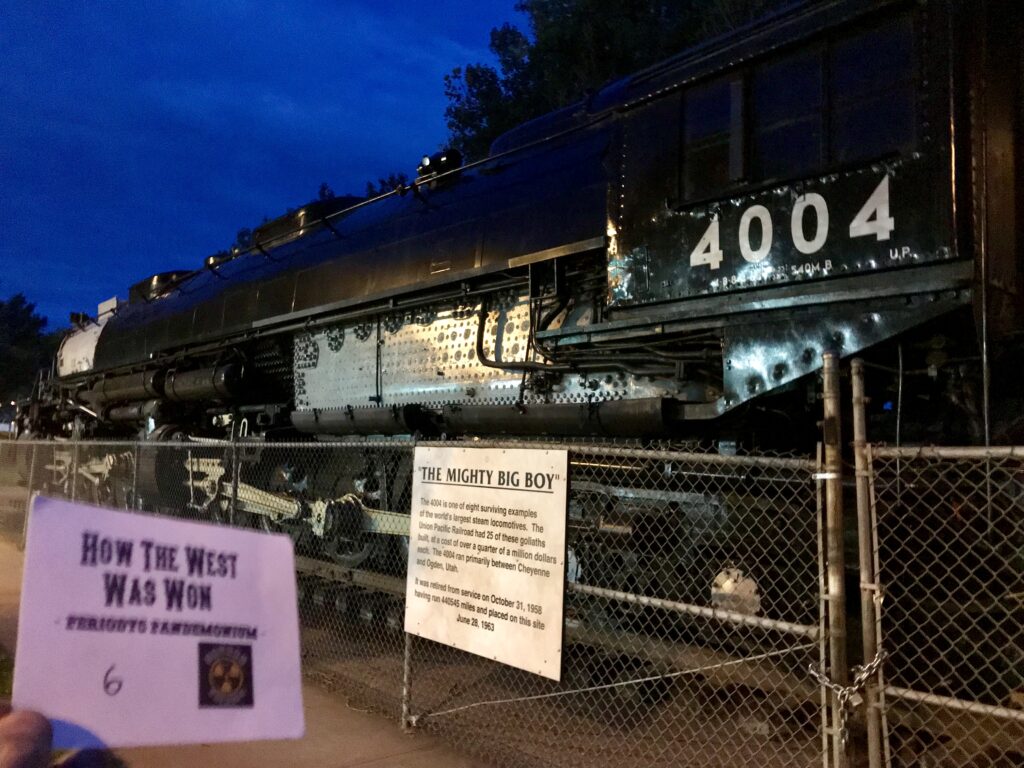 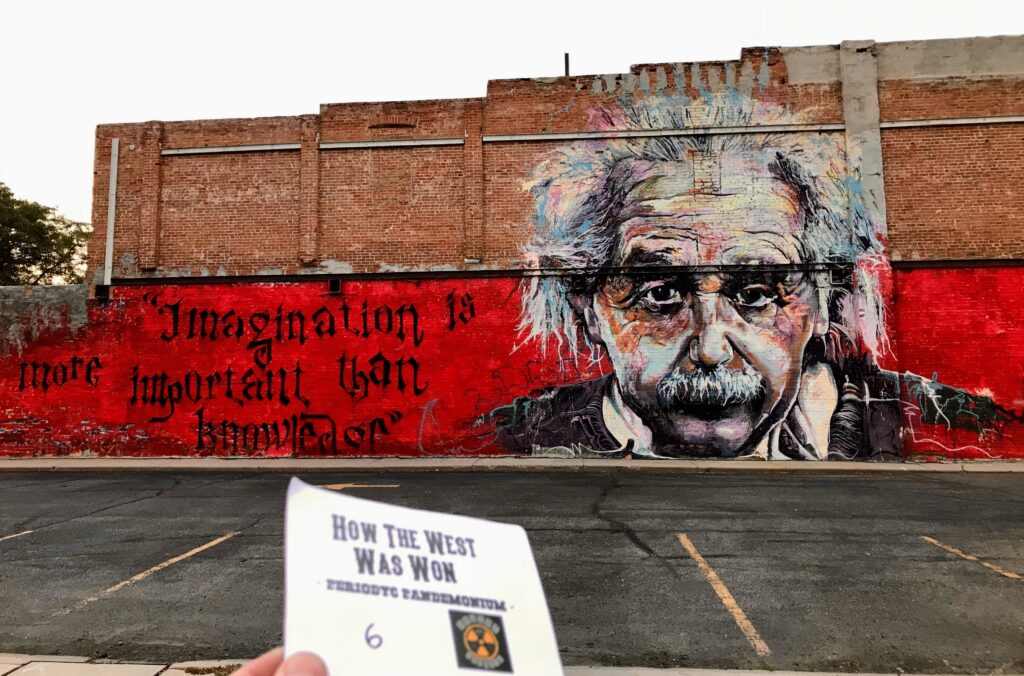 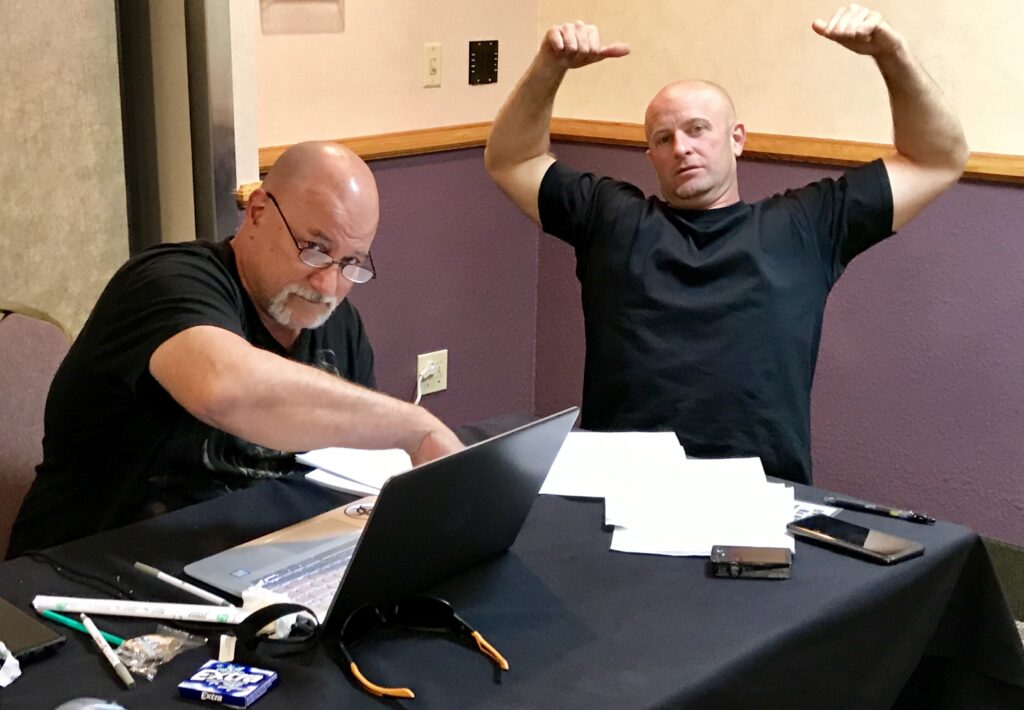 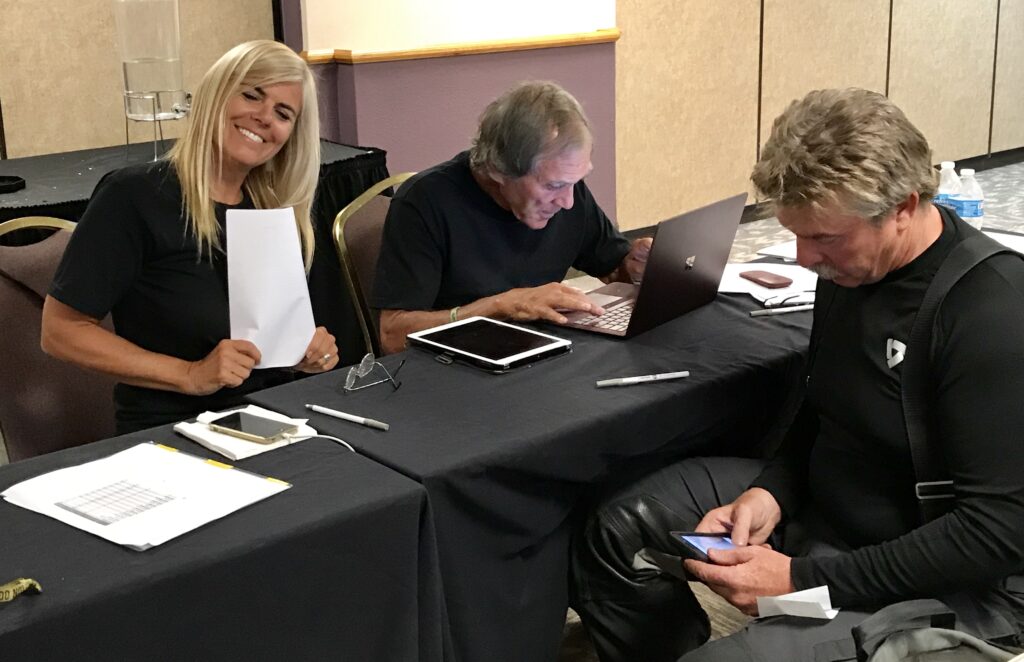 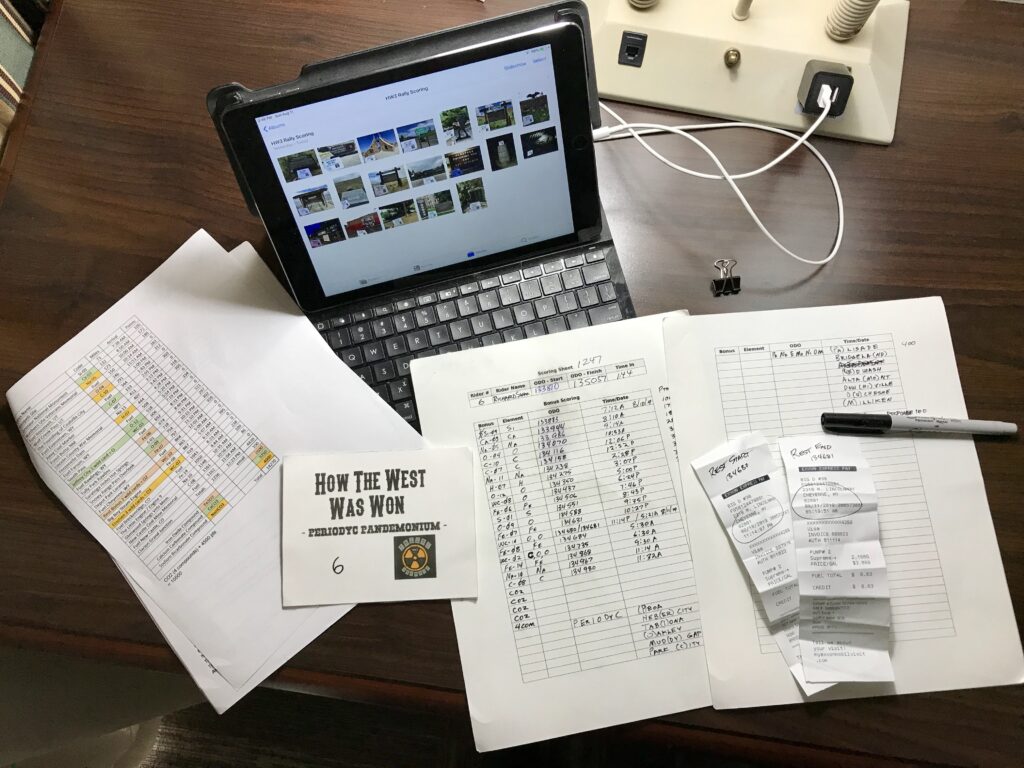 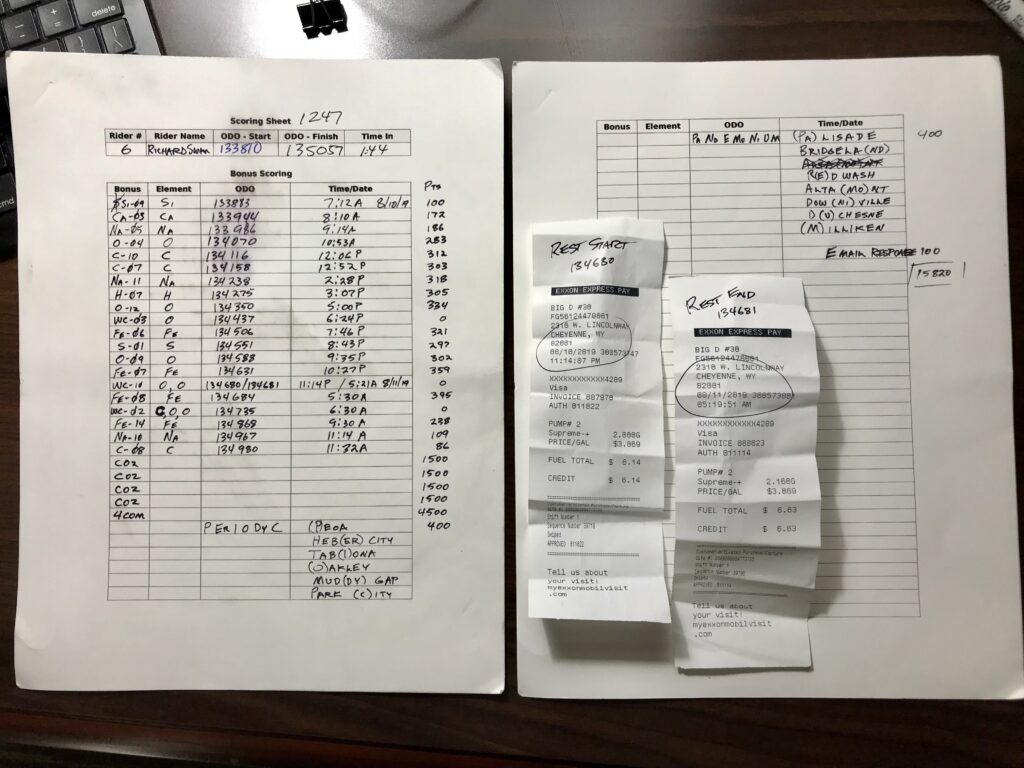 I got into the finish well before the 2:00 deadline.  Scoring went well and we celebrated into the evening.  It was another great HW3 rally. 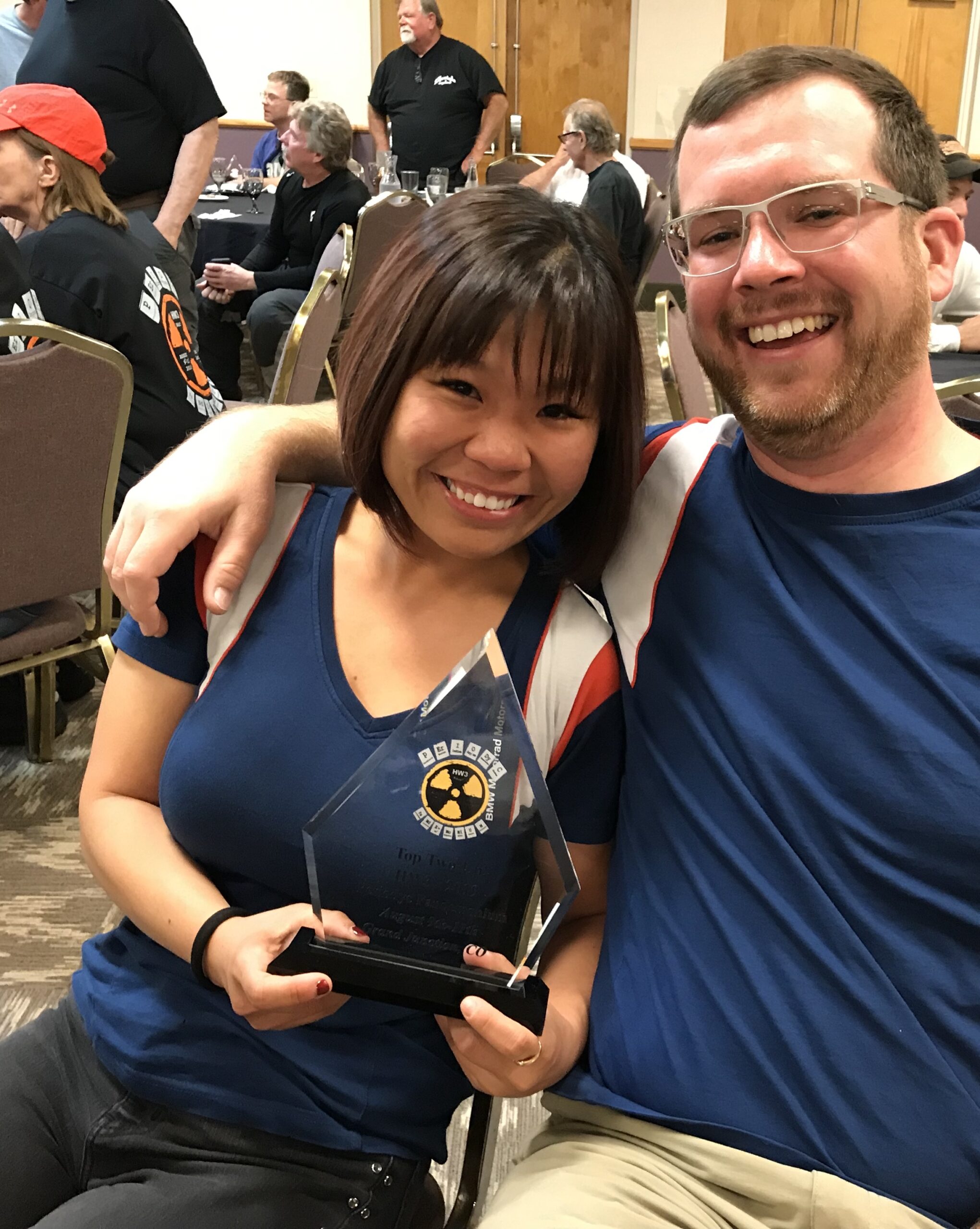 August 12, 2019
After breakfast, I said some goodbyes ’til next time, and pack up Katrina for the ride home with an overnight stay in Raton, NM.  The Black Canyon of the Gunnison is always a treat, especially with dry roads.  The last day in the mountains is always a bit sad, but I always look forward to returning to my lovely wife. 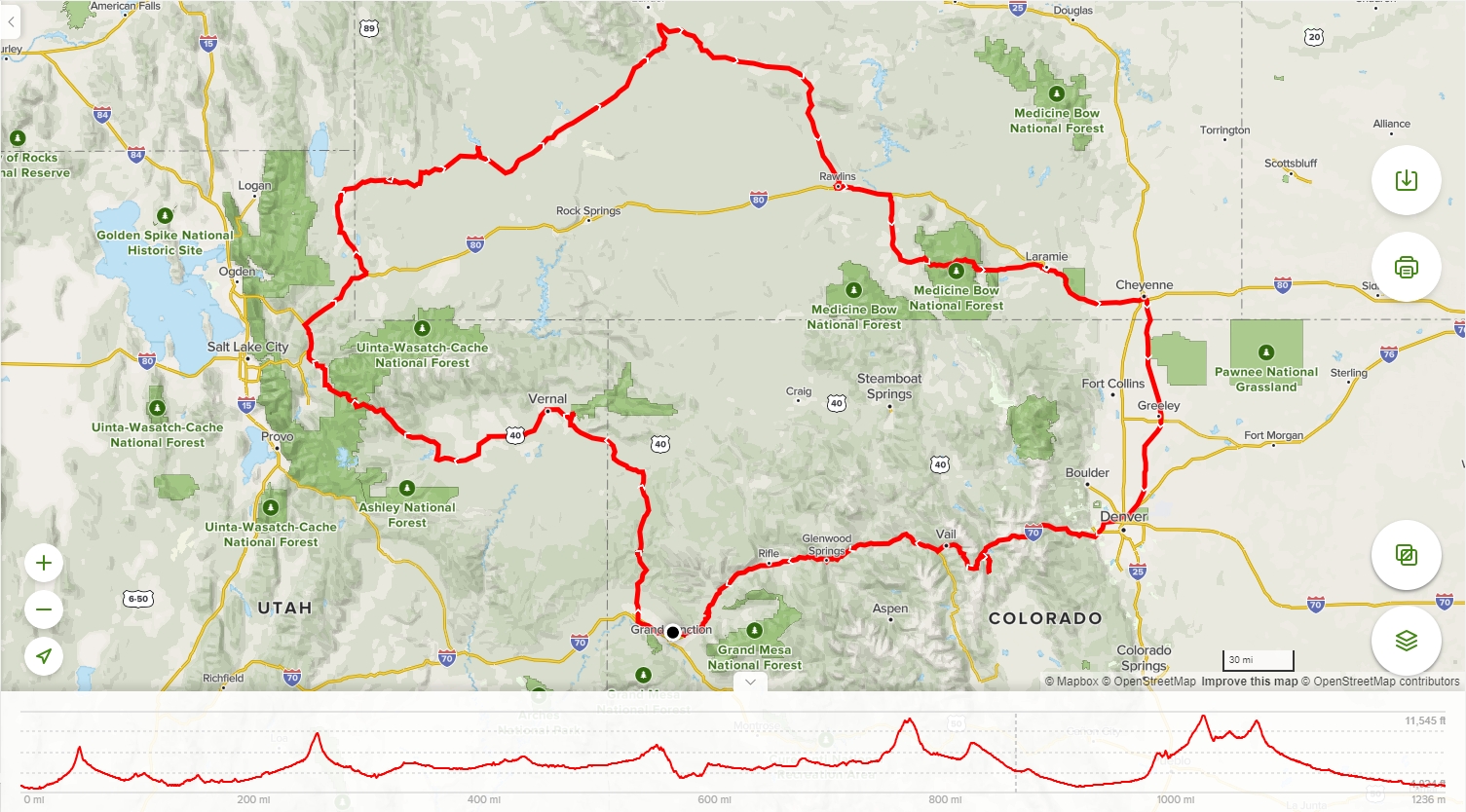