The Eurosport Rally is a fun, no-pressure annual event that Tony creates and hosts.  He and his family and others put a lot of effort into events like this that keep people engaged in the sport of motos.  This keeps riders close to the family-owned and operated Eurosport Cycle in Fort Worth.

Prior to the event, 2016 Butt Lite winner Troy Martin rode the route that Tony created and gave him some feedback to fine-tune a couple of locations on the map.

Tony handed out the map with circles indicating the bonus locations and papers with questions that had to first be related to the circled locations and later answered once ridden to.  I think I had most of the locations identified, but it was time to ride and I would have to figure out the rest on the road. 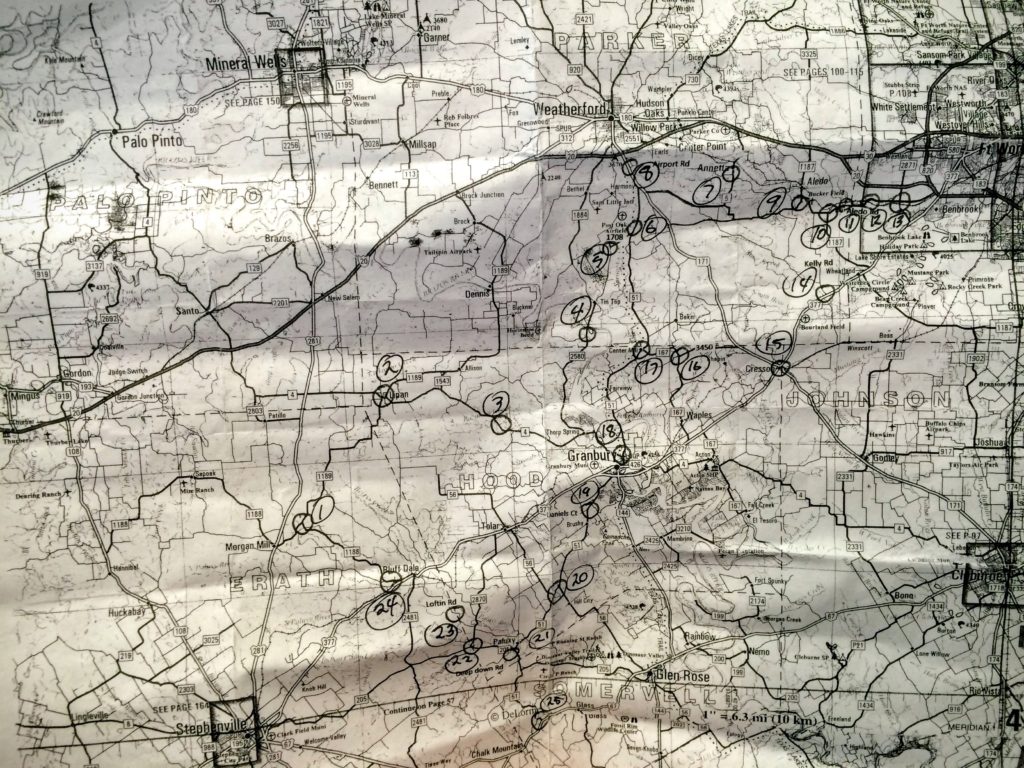 With 30 minutes to identify the locations and plan a route that could be completed by 1:00 PM, we were released at 9:00 to ride.  Riders scattered in different directions, but came together often at the bonus locations.

Here’s a bit of time-lapse video of the rally course.

Once I got close to Lipan, my 2nd GPS with the original complete route told me I would have to scrap some bonus locations around Paluxy in order to make it back without a DNF.  Last year, I got out too far and had no chance to return on time.  I did not want that to happen again.

As I approached Granbury, I started getting nervous that I would have another DNF in this year’s event.  The traffic sucks through there and Benbrook, and then is never predictable entering back into Fort Worth.  I had several return route options to get back to Eurosport by 1:00.  I chose the new Chisholm Trail parkway which turned out to be my best decision of the day after waffling on the road and killing time.

The hot dogs and hamburgers were just what was needed and the Eurosport team did a great job keeping everyone happy with food and drink. 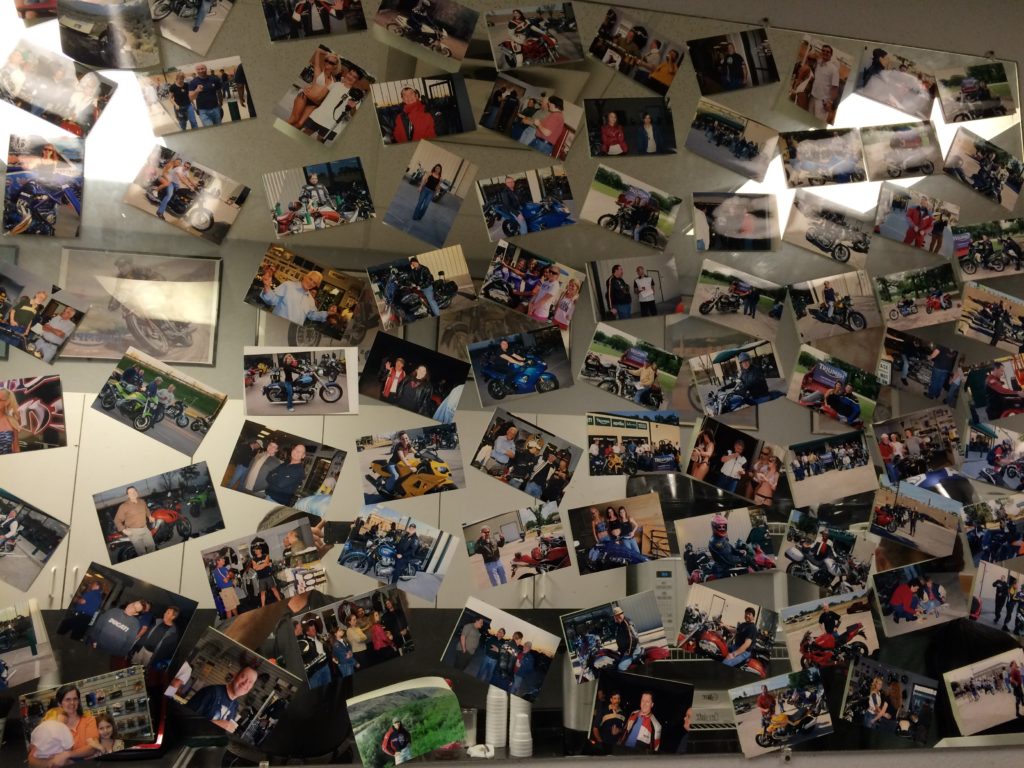 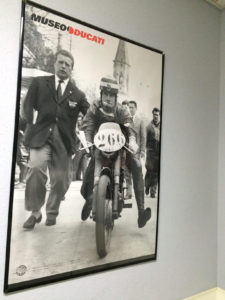 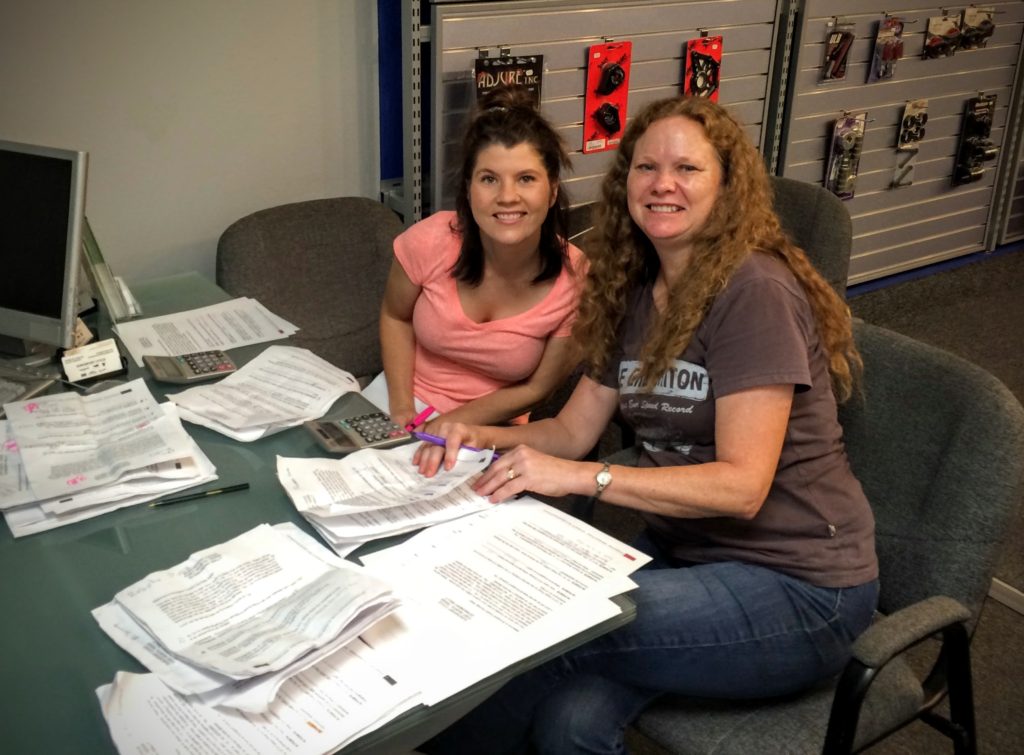 Scoring was performed by the talented staff/family of Eurosport. 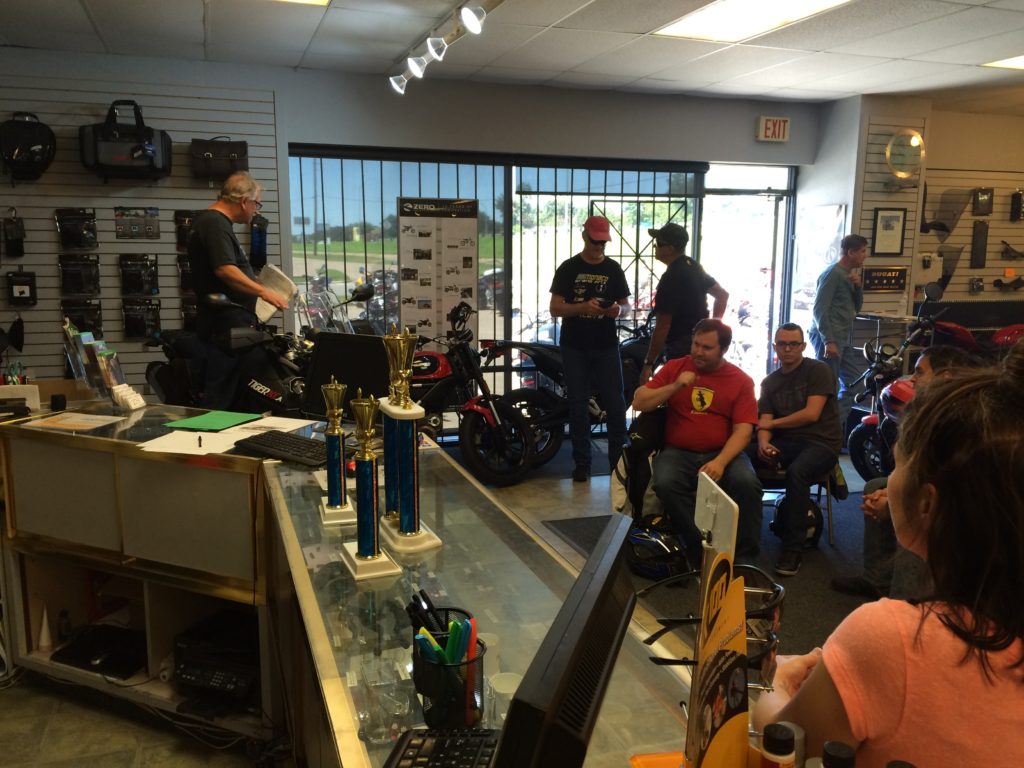 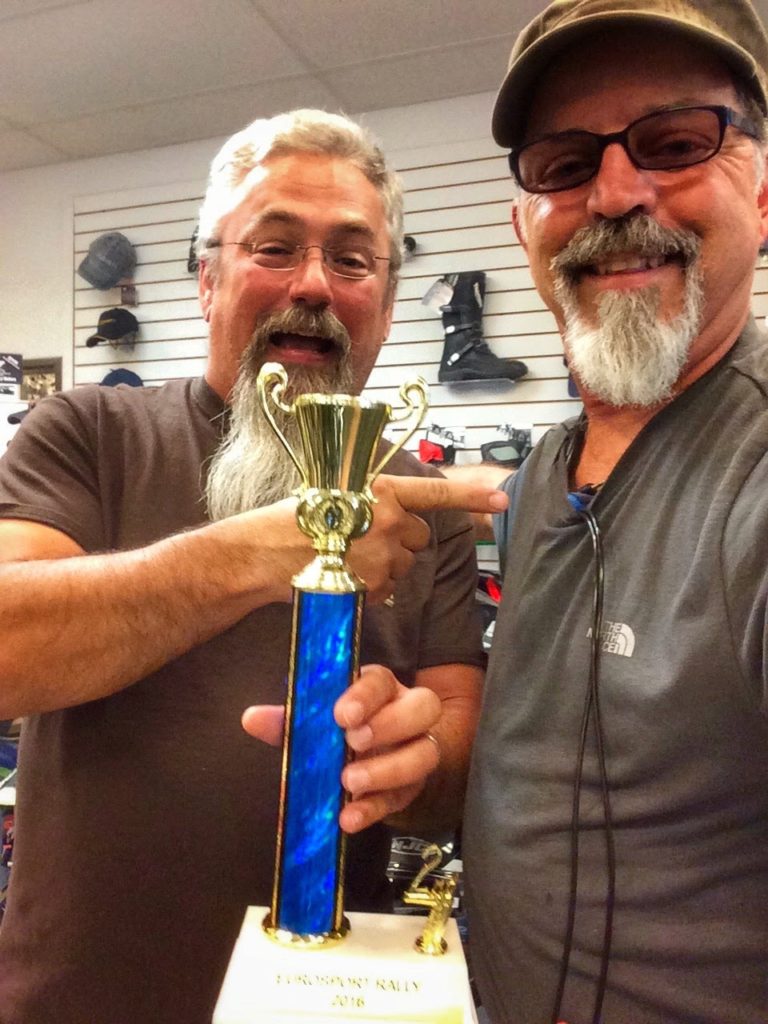 Tony gathered everyone together and announced we had a three-way tie for 2nd place.  Cards were drawn to break the tie, and I had the high card to keep 2nd place.  This is the first motorcycle-related trophy for me to receive since my English Trials competition back in the late 70’s.  It was cool. 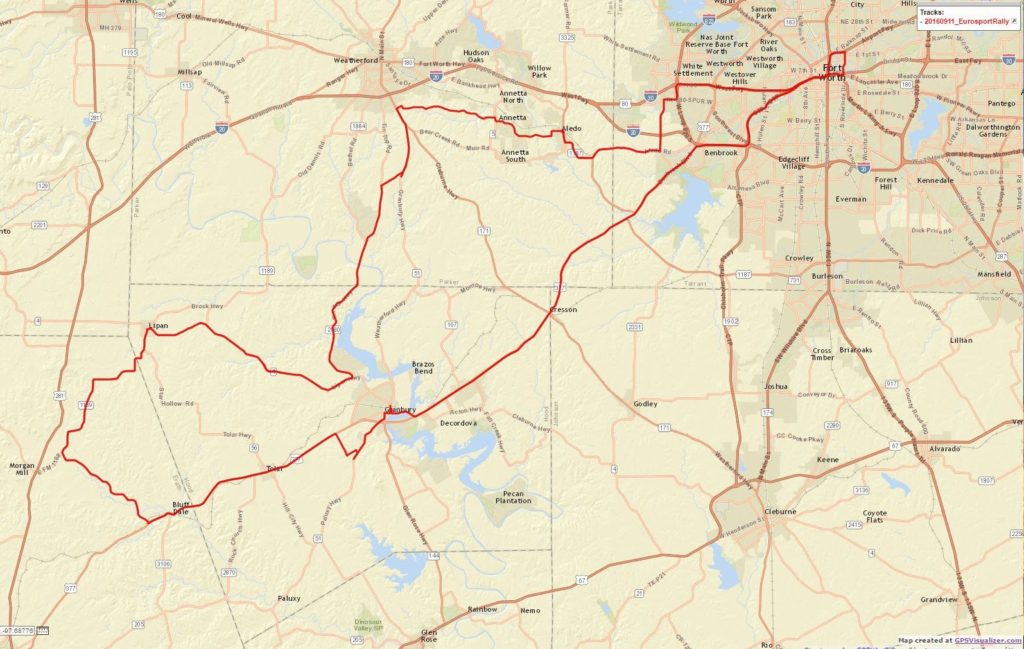