My motorcycle journey began at age 14 in 1968 when I built a minibike with a pull-cord starter.  I rode it all around the alleys in Abilene, TX and on dirt trails behind my father’s service station on Old Anson Road.  A couple of years later, my father bought a Honda CT70 that he wanted to use on the deer lease.  I immediately took it over and started riding it on the street once I had my motorcycle license at age 15.  Not long after, I found a Hodaka Ace 90 2-stroke that felt like a big bike to me.  The Hodaka expanded my exploration of back roads and factored into convincing my now-wife to take a ride with me.  I started riding dirt bikes in high school.  My first pure dirt bike was a Mexican-built Cooper 250 MX Enduro that was a blast, and darn fast! 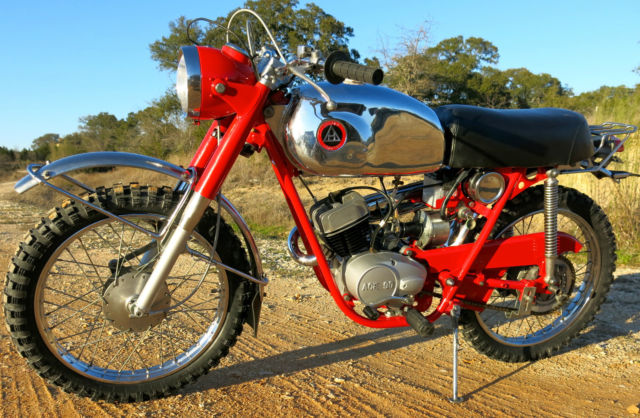 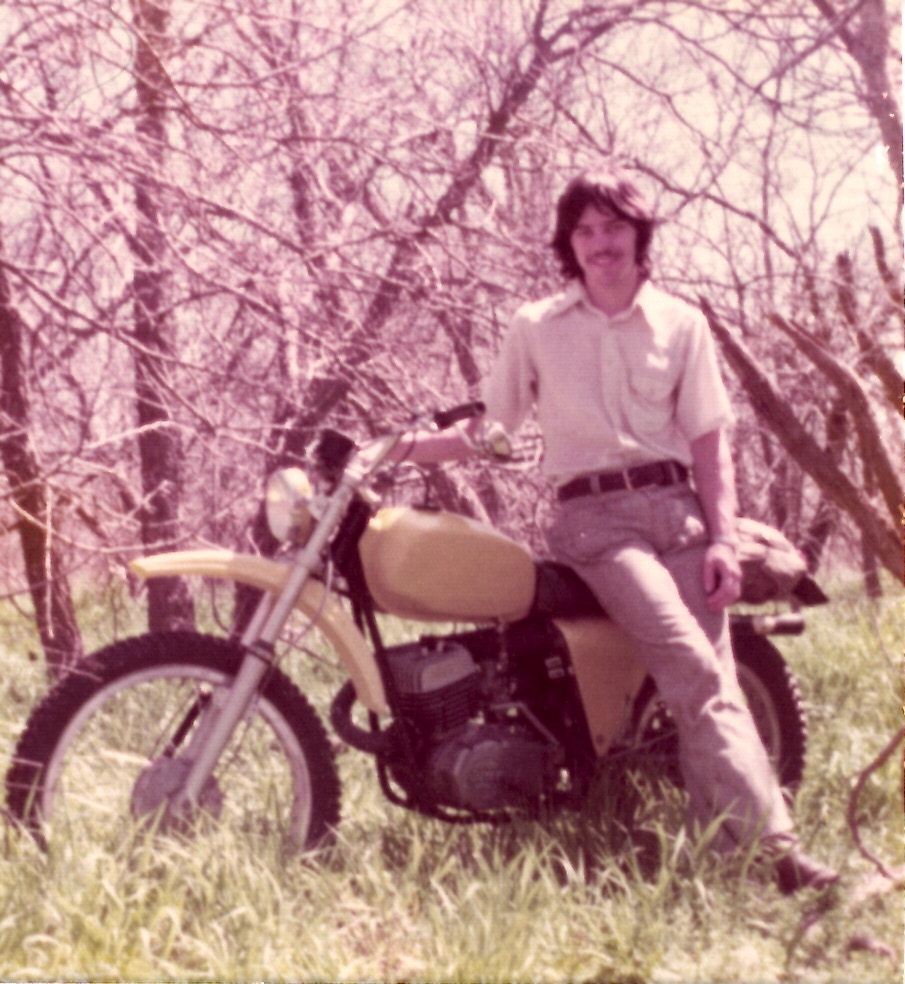 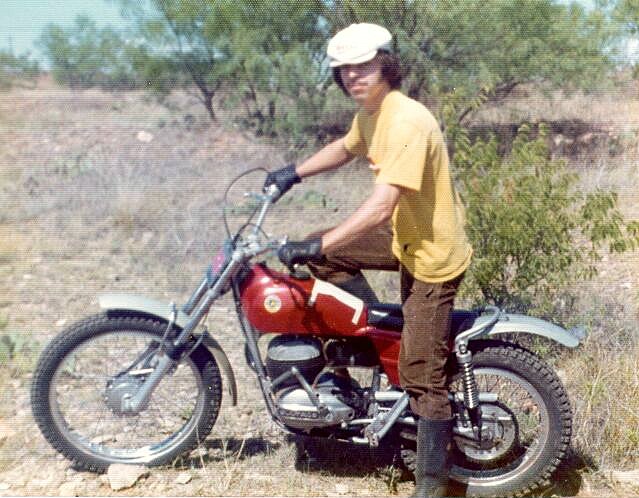 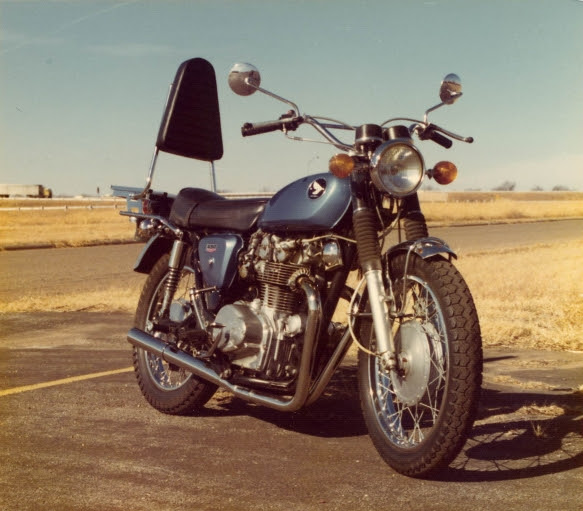 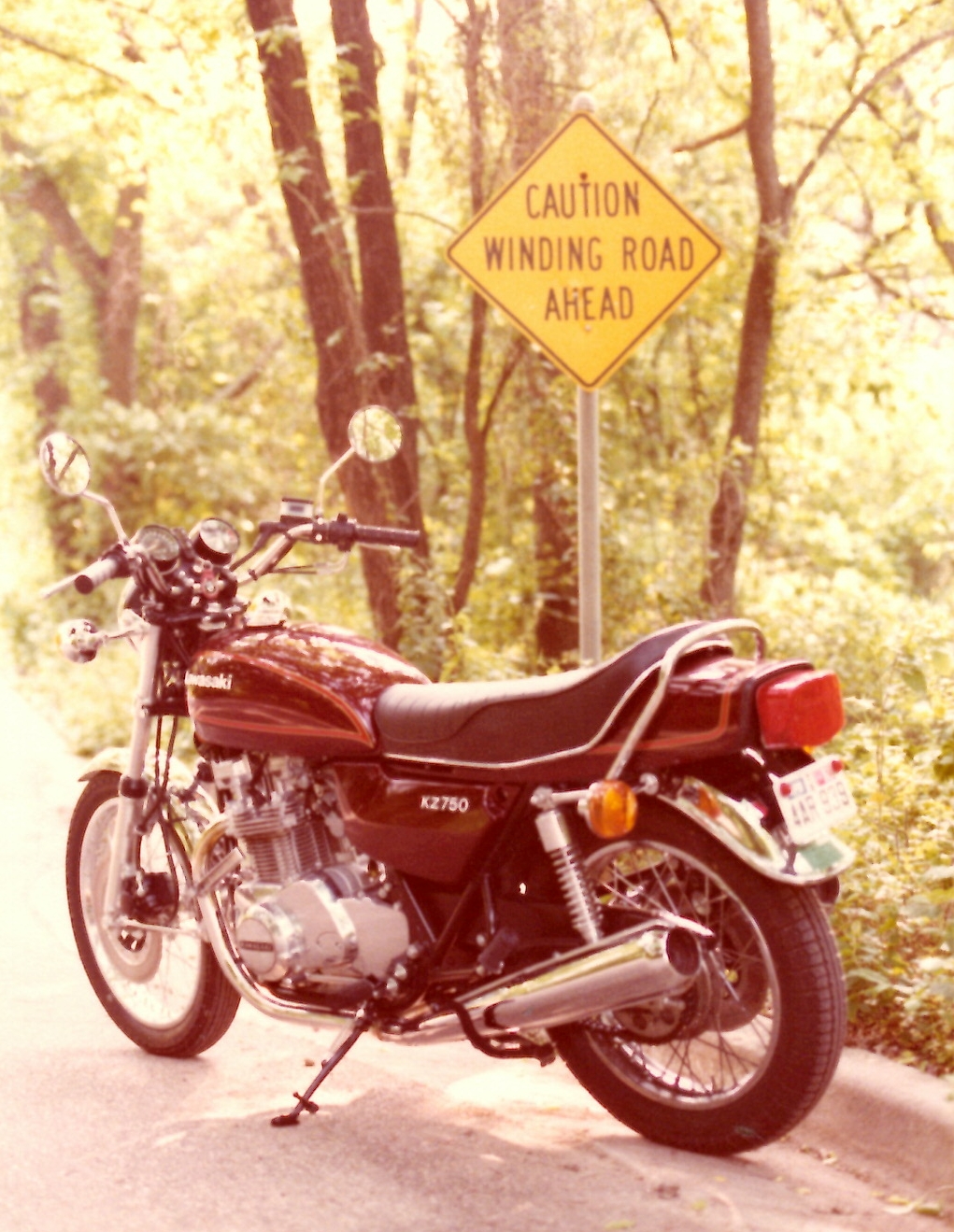 I came to my senses and stopped riding fast on the dirt when I took up Observed English Trials.  I found a 1968 Bultaco Sherpa T 250 in Dallas.  Keith and I drove from Abilene to pick it up.  He had a Montessa Cota 247 and we made the circuit of trials competitions all around Texas.  I believe I developed a lot of skills riding very slowly through difficult terrain.  When I was a senior in high school and had part time jobs, I saved up enough to buy a 1969 Honda CL450 Scrambler.  This bike really had power (relative to the time…).  I rode it back and forth between Abilene and Waco, where Deb and I were attending school.  I finally put a hole in one of the pistons on the way to school one day near graduation.  I pushed it over to a motorcycle maintenance program and signed the title over to them.

Debbie surprised me with a new Kawasaki KZ750 when we were beginning our healthcare careers in 1979.  I expanded my riding area with the 750, but never outside of Texas, Oklahoma and Arkansas.  My moto life was put on hold when Laura and Wes were born.  I kept the KZ for a couple of years, and sold it.  I started bicycling to take up the 2-wheel void and eventually took up USCF racing.

Once Wes was entering college, the moto itch surfaced again and I started researching bikes.  I wanted to ride long distance into the mountains and American West.  I knew the BMW’s could handle this idea.  I used to lust after the BMW boxers when I was in high school in the mid-70’s, but could never afford them back then.  The K75S seemed like a very reliable moto, and had a very sleek design.  I was set on getting one.  I searched for a couple of months, and finally found a 1992 blue K75S in Pittsburgh.  I spoke several times with Bob, the seller, and we came to a deal.  A transport company brought the bike to its new Texas home.

Elke arrived at our house with a minor handlebar problem (broken during transport).  She had 31,000 miles and was in great shape.  I was thrilled and started cleaning her up, which did not take too much effort.  I got my moto-skills back in short order, named her Elke and began plotting journeys. 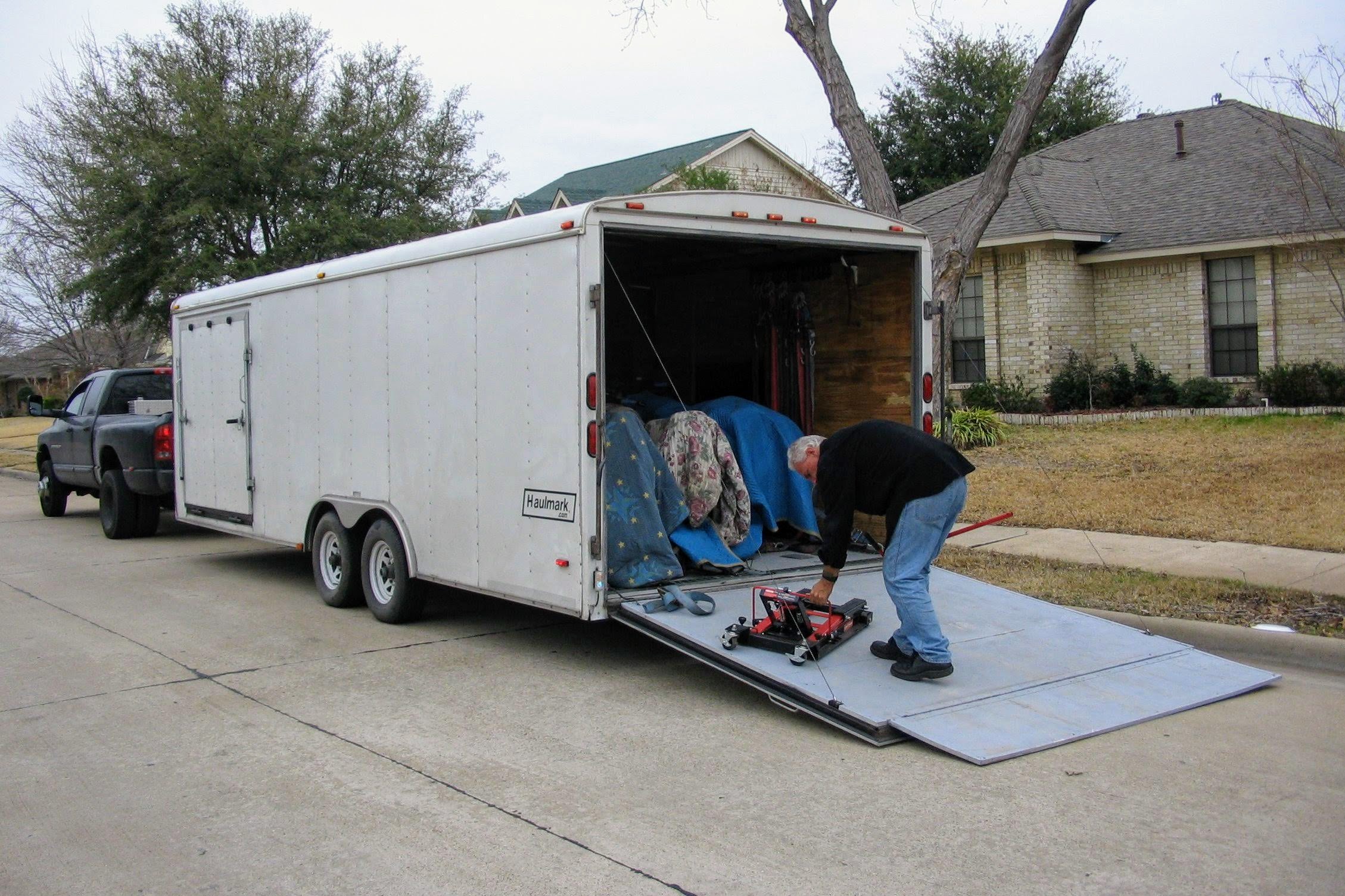 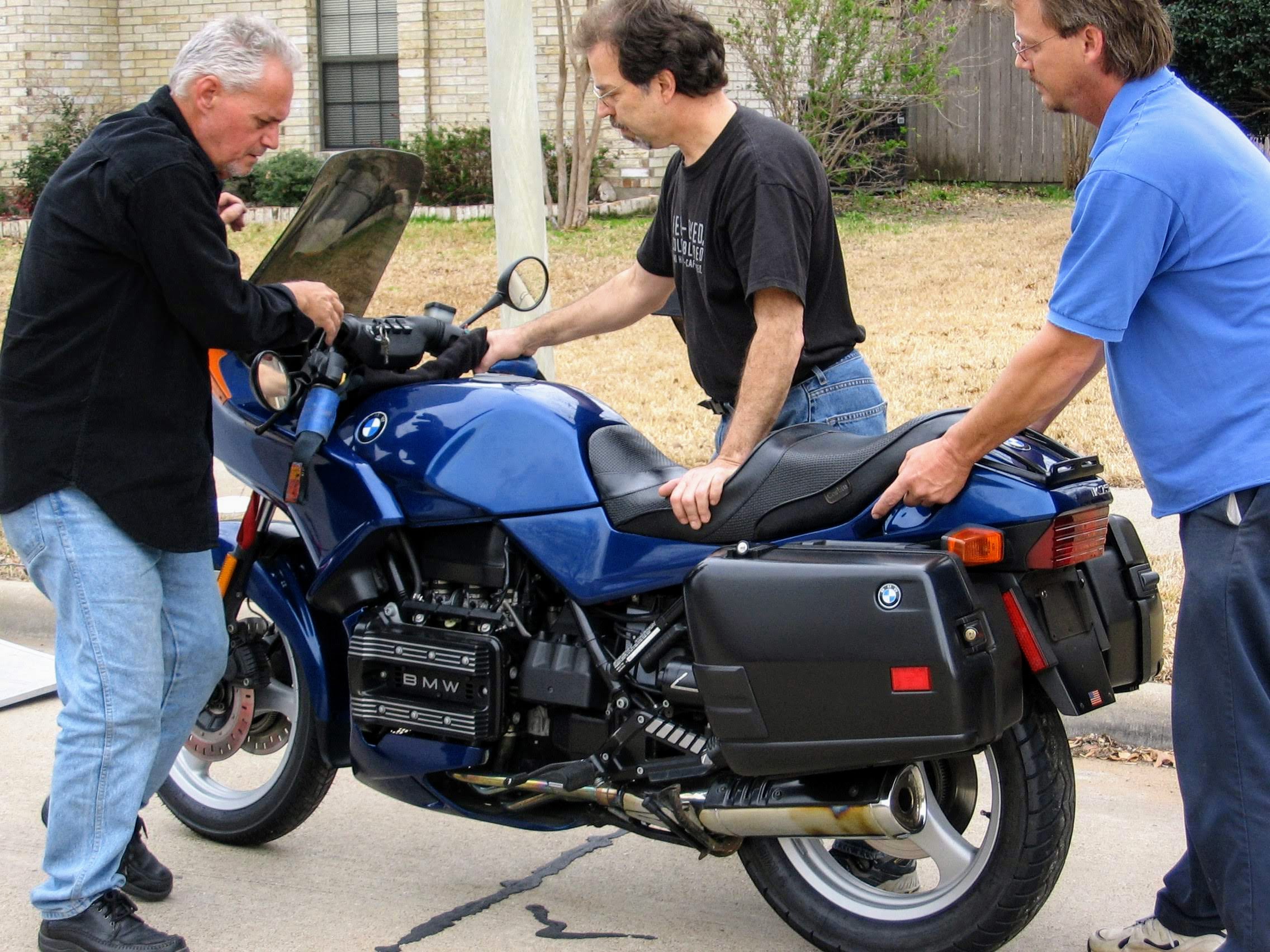 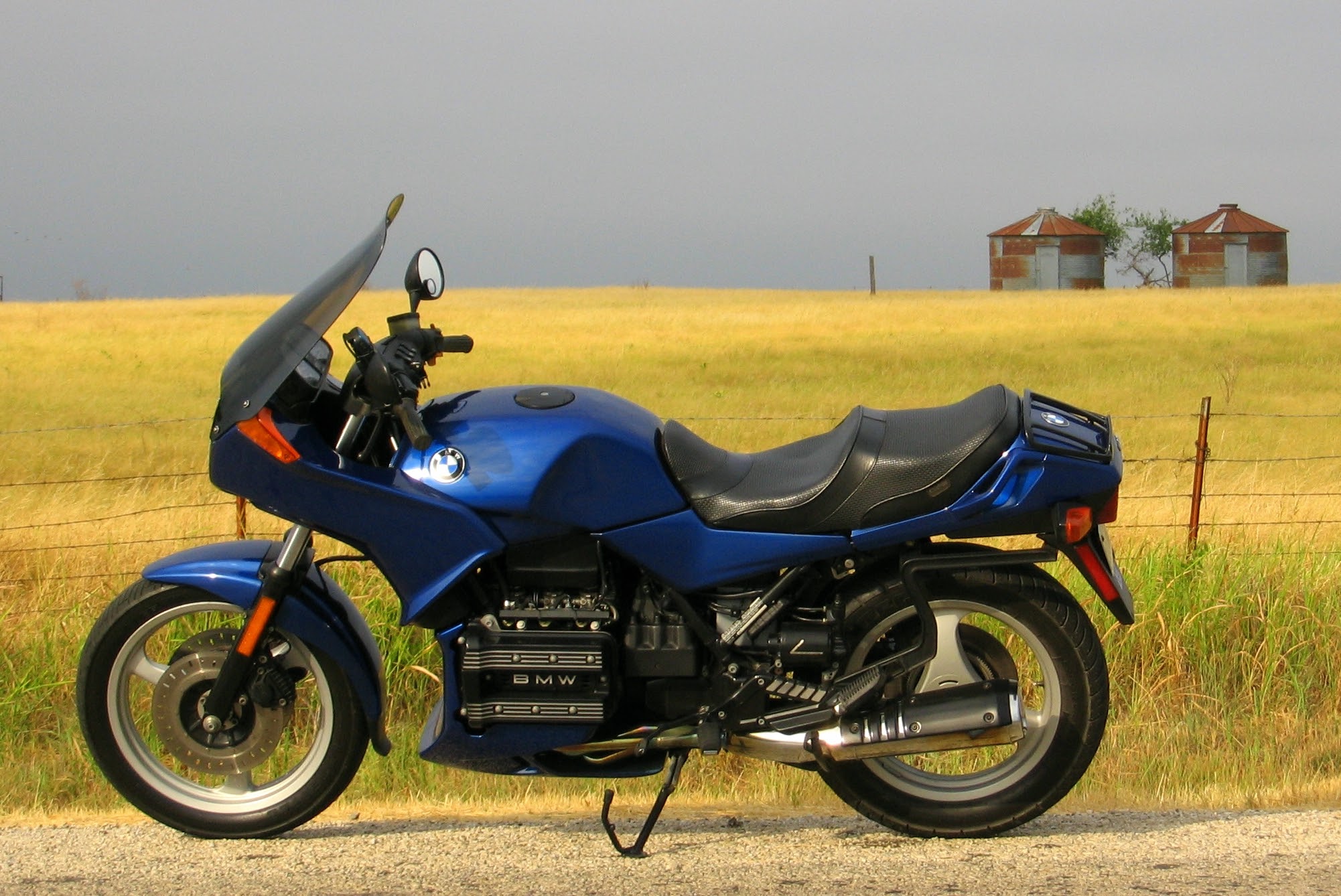