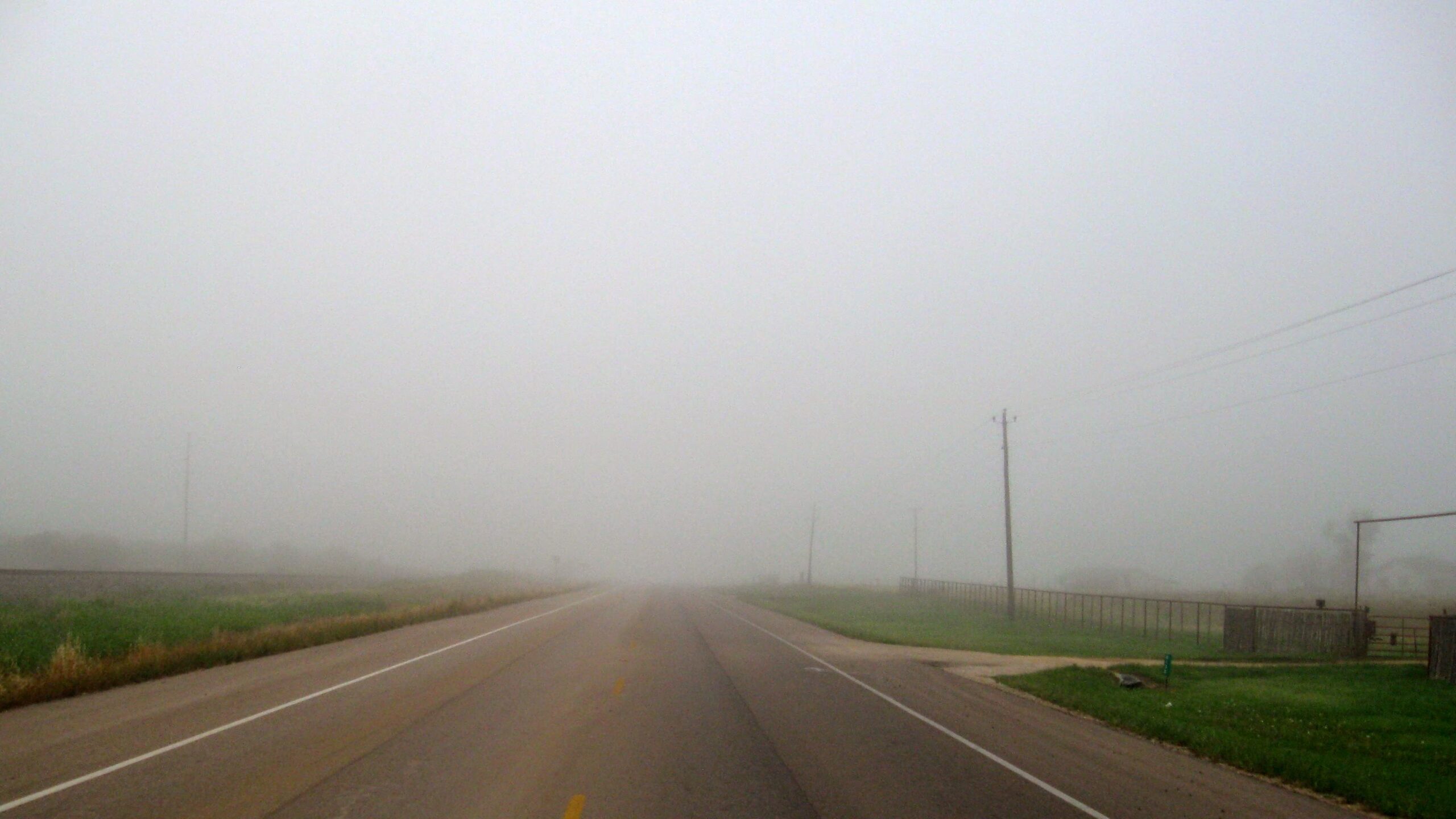 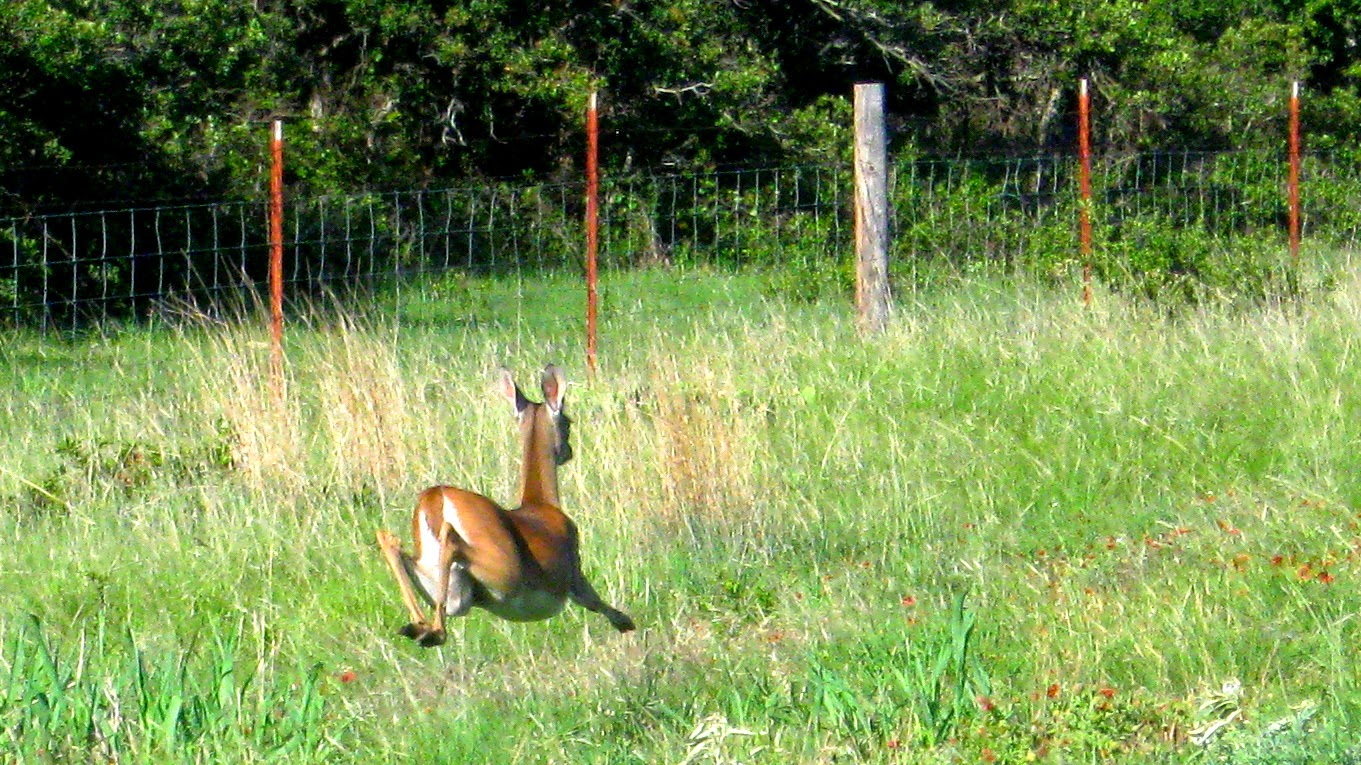 I rode out of the metromess and into Central Texas into the fog.  But, the weather cleared around Hamilton for my ride down to meet Karen and James for a long-distance rider lunch at The Lost Maples Café.  The deer were hanging near by the roads late into the bright morning sunshine after the fog cleared.Still morning photo 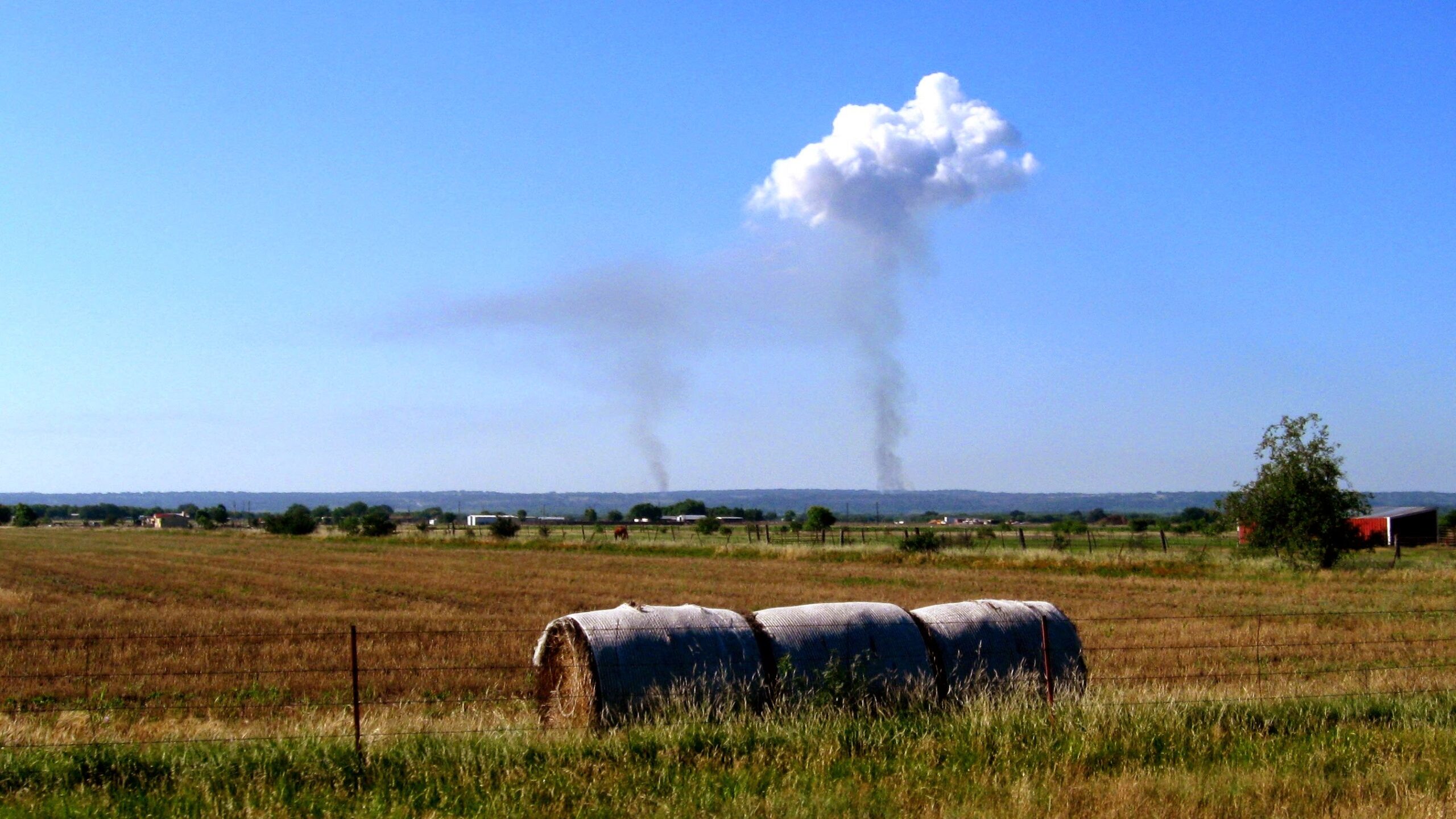 This brush fire in the distance shows how still the wind was in the early morning.  The rising heat from the fire formed a small cloud high above the smoke. 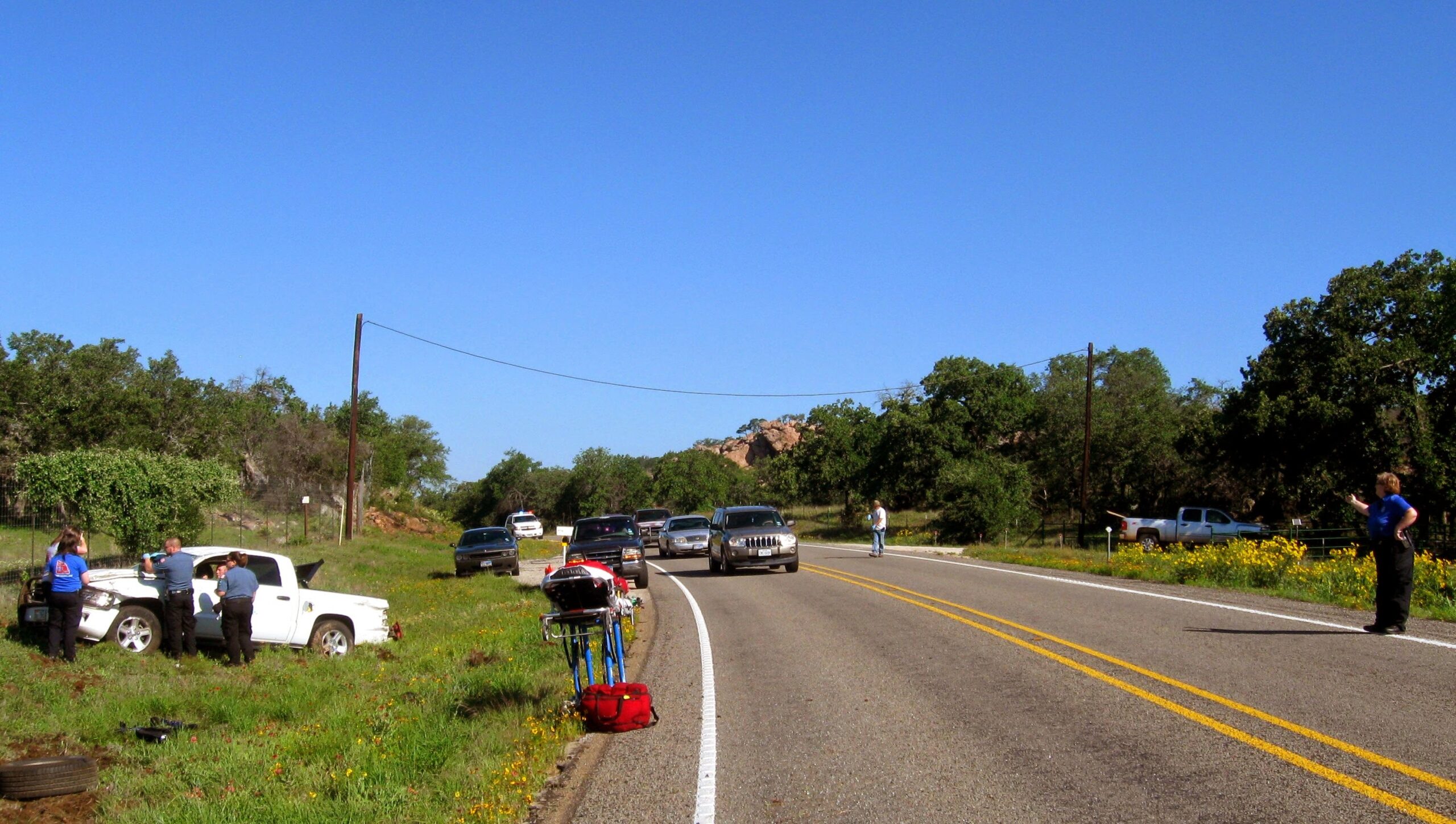 I came across a rollover accident north of Fredericksburg where I stopped for a bit to help remove debris from the middle of the highway.  I have no idea of what happened, but the driver looked like he was OK. 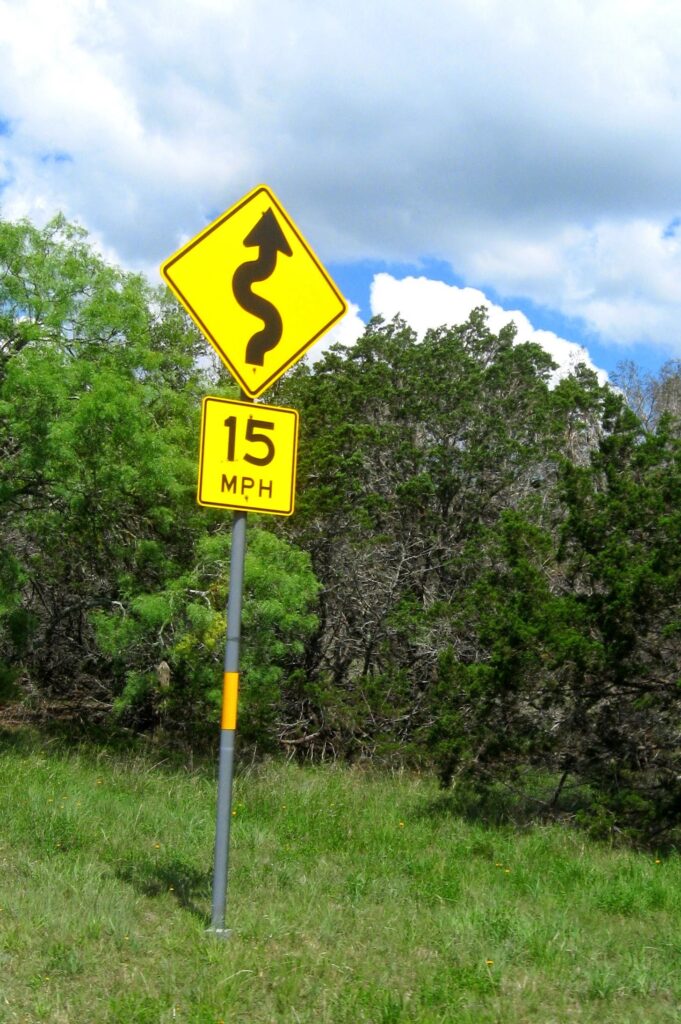 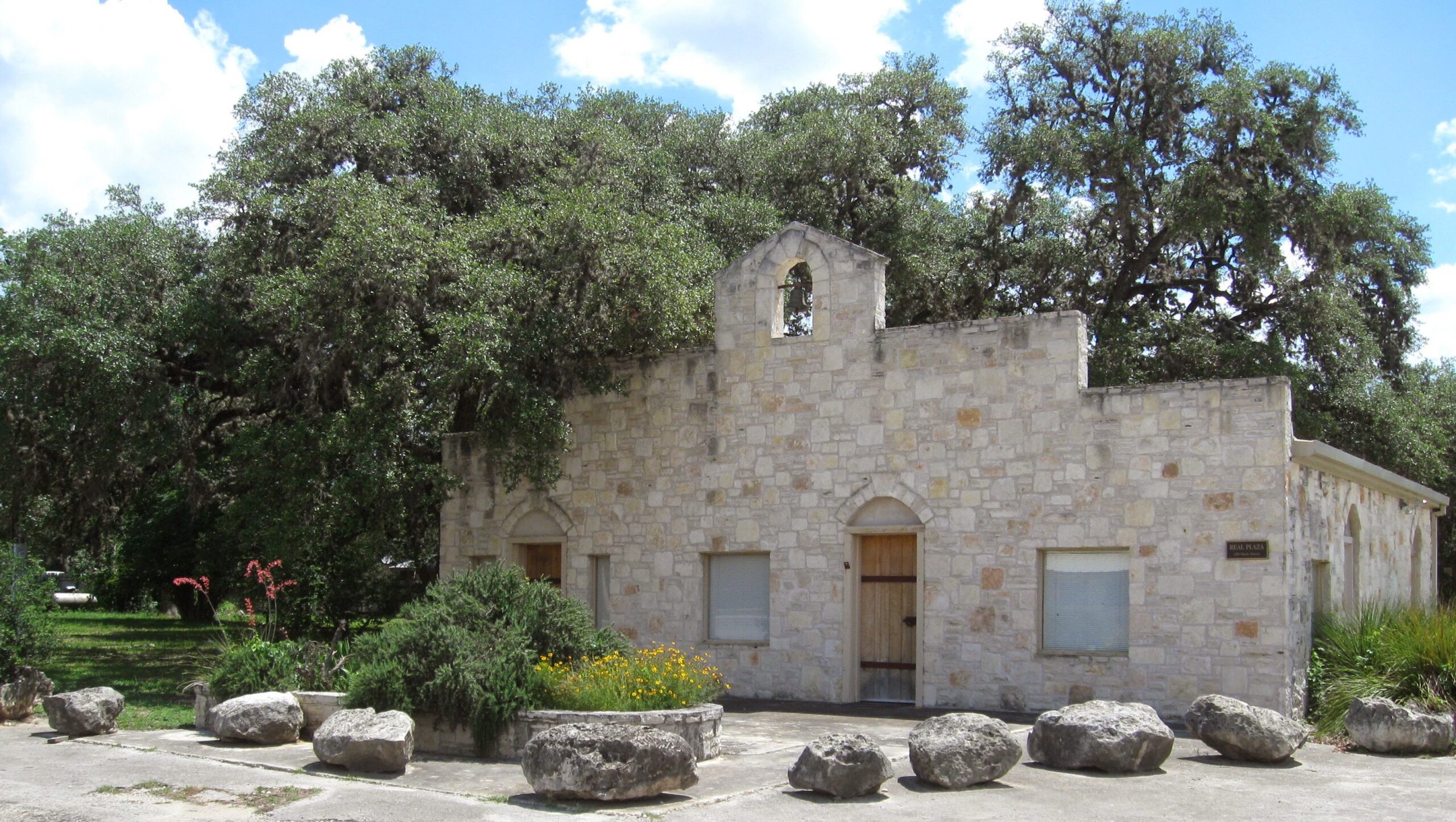 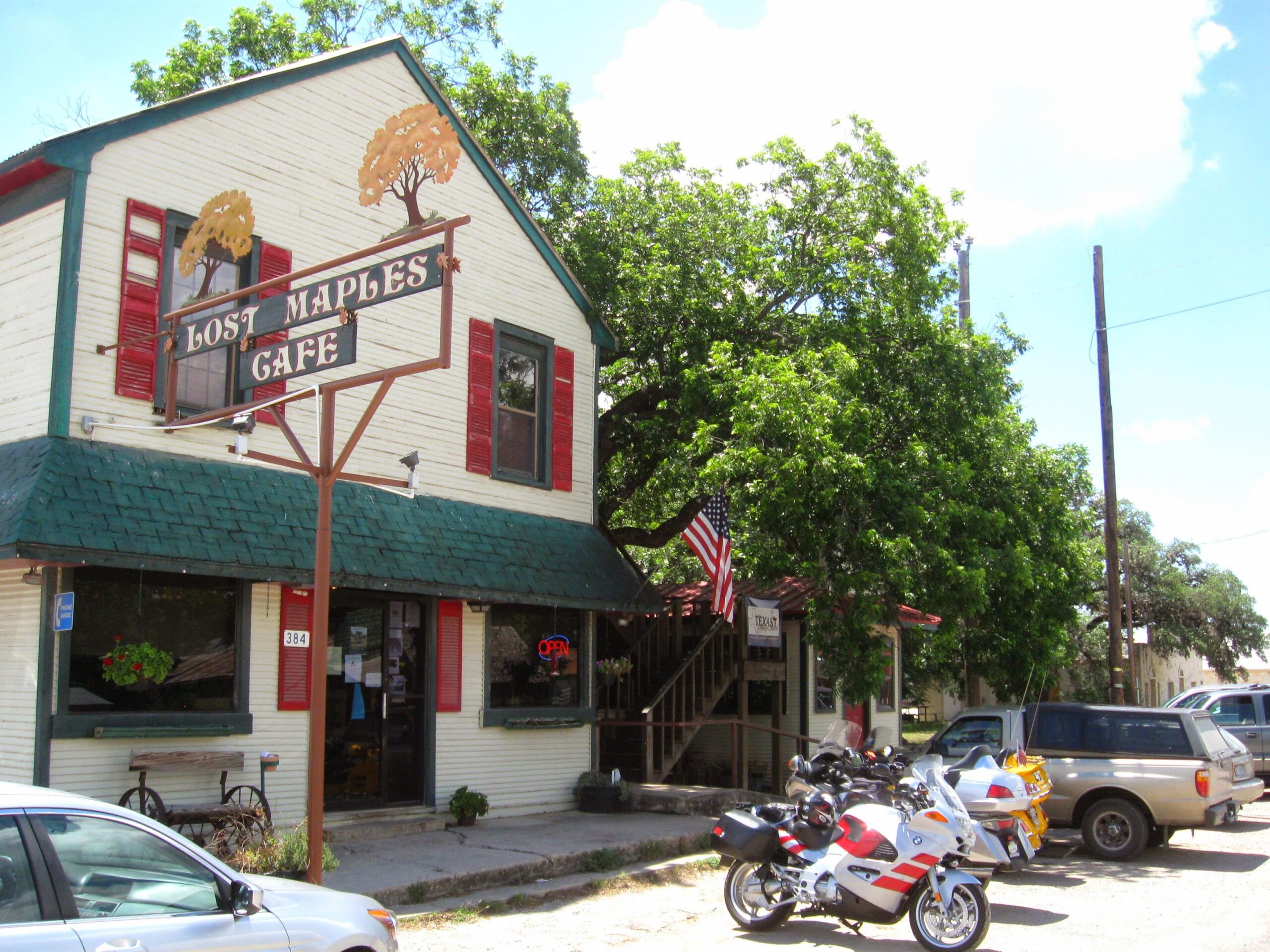 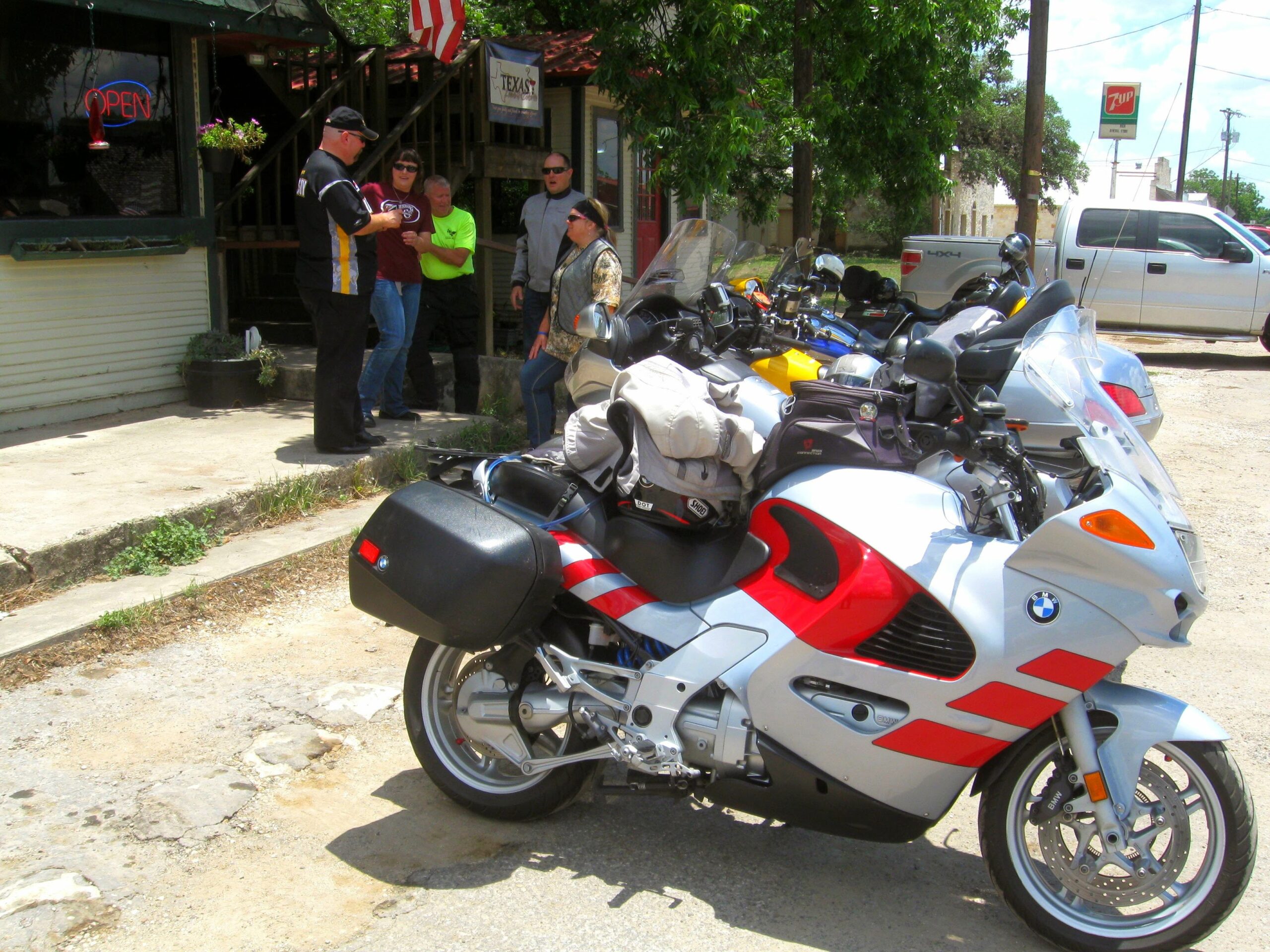 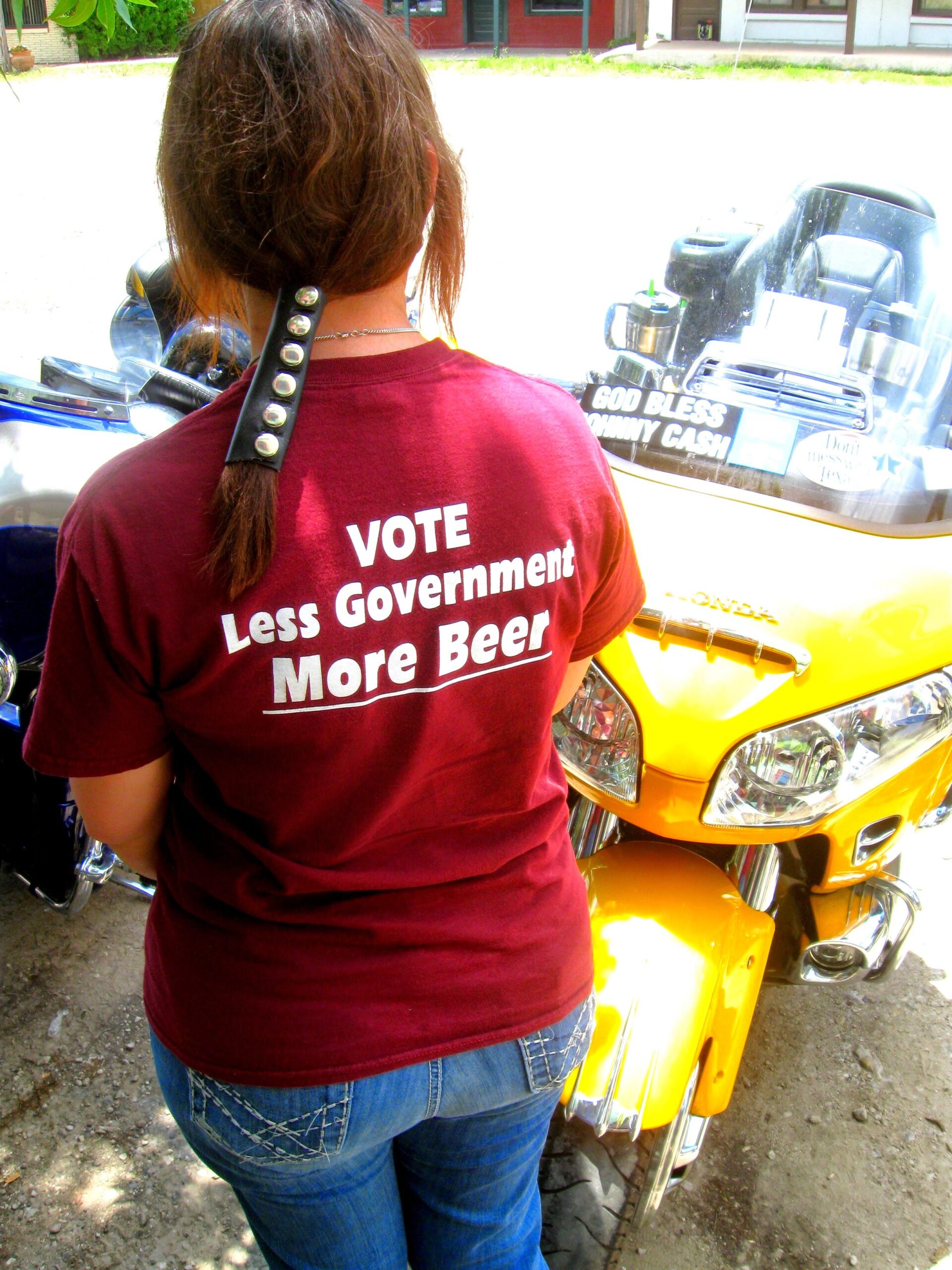 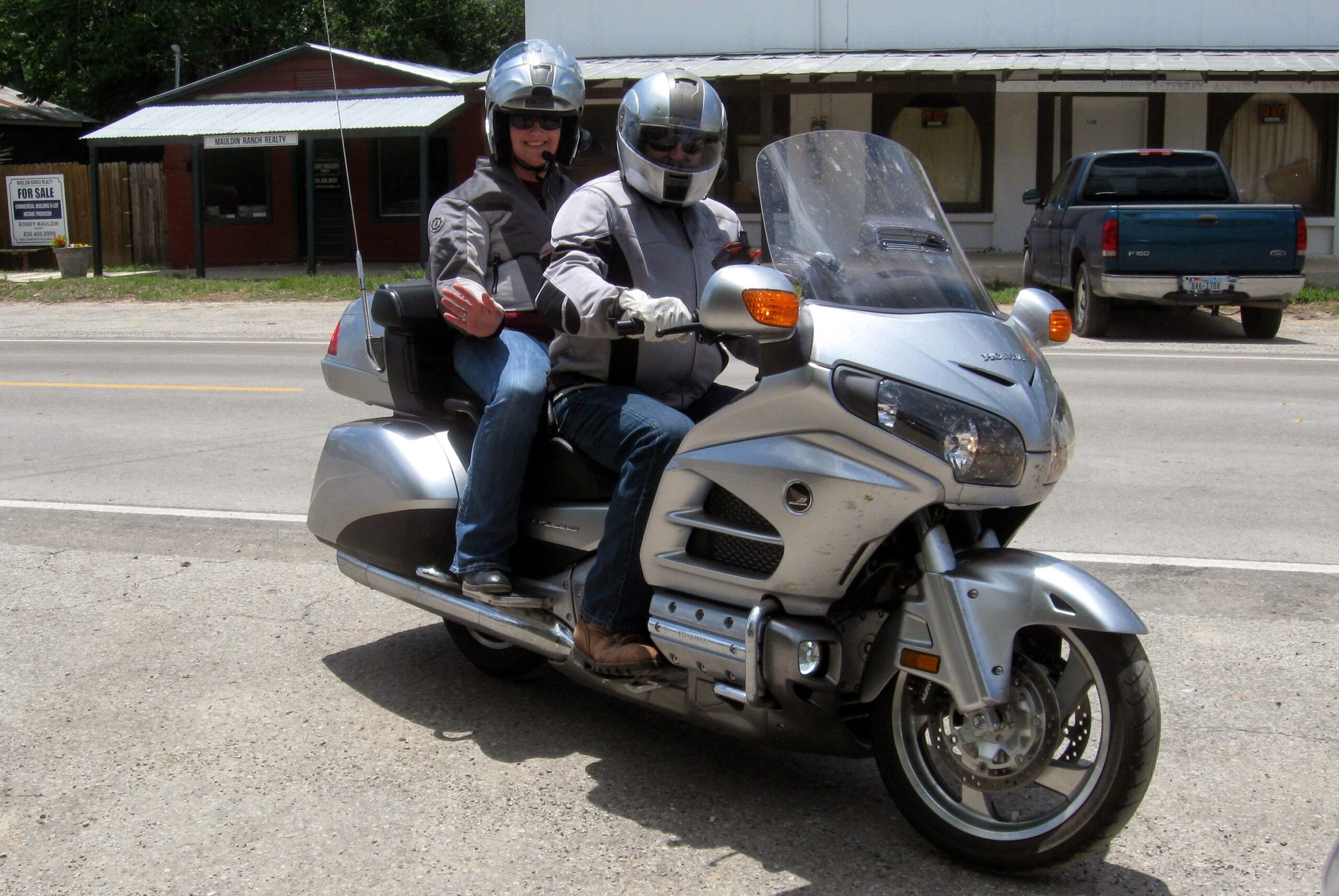 I arrived a bit after 11:30 in Utopia, some 80 miles from the Mexican border.  The temperature had jumped quickly as I rode into town.  I gulped down the iced tea inside the café after I said hello to Karen and James, Mark and Margaret and Bobby.  Karen and James had invited all of us down to have lunch in celebration of Karen’s first saddlesore.  They took the long way down from Amarillo via Guadalupe Peak and Fort Davis.  We had a nice visit and very good sandwiches and amazing pie.  Everyone parted ways a couple of hours later. 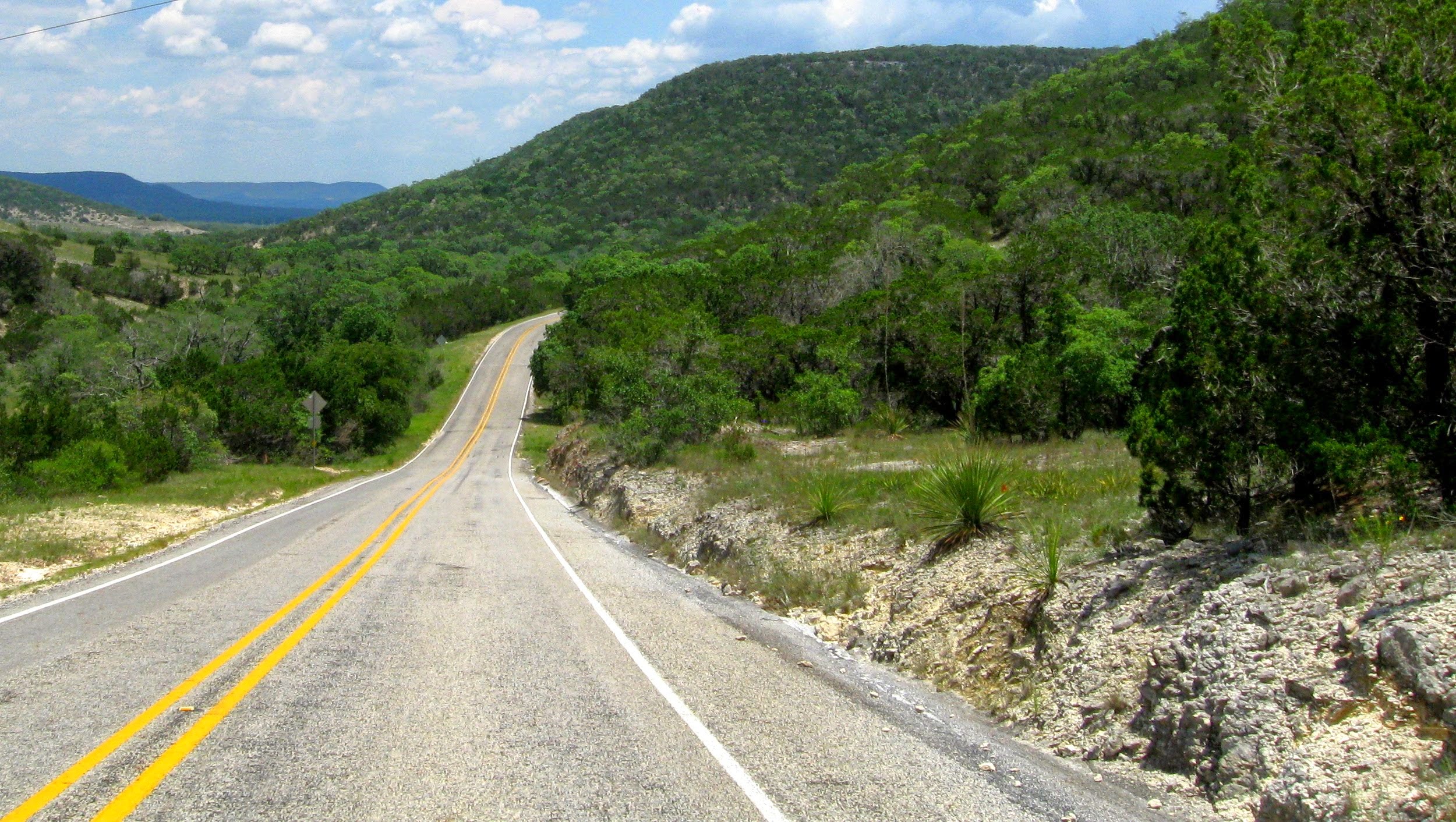 I rode east through very enjoyable winding Hill Country roads towards Austin for an overnight visit with my life-long friend Keith. 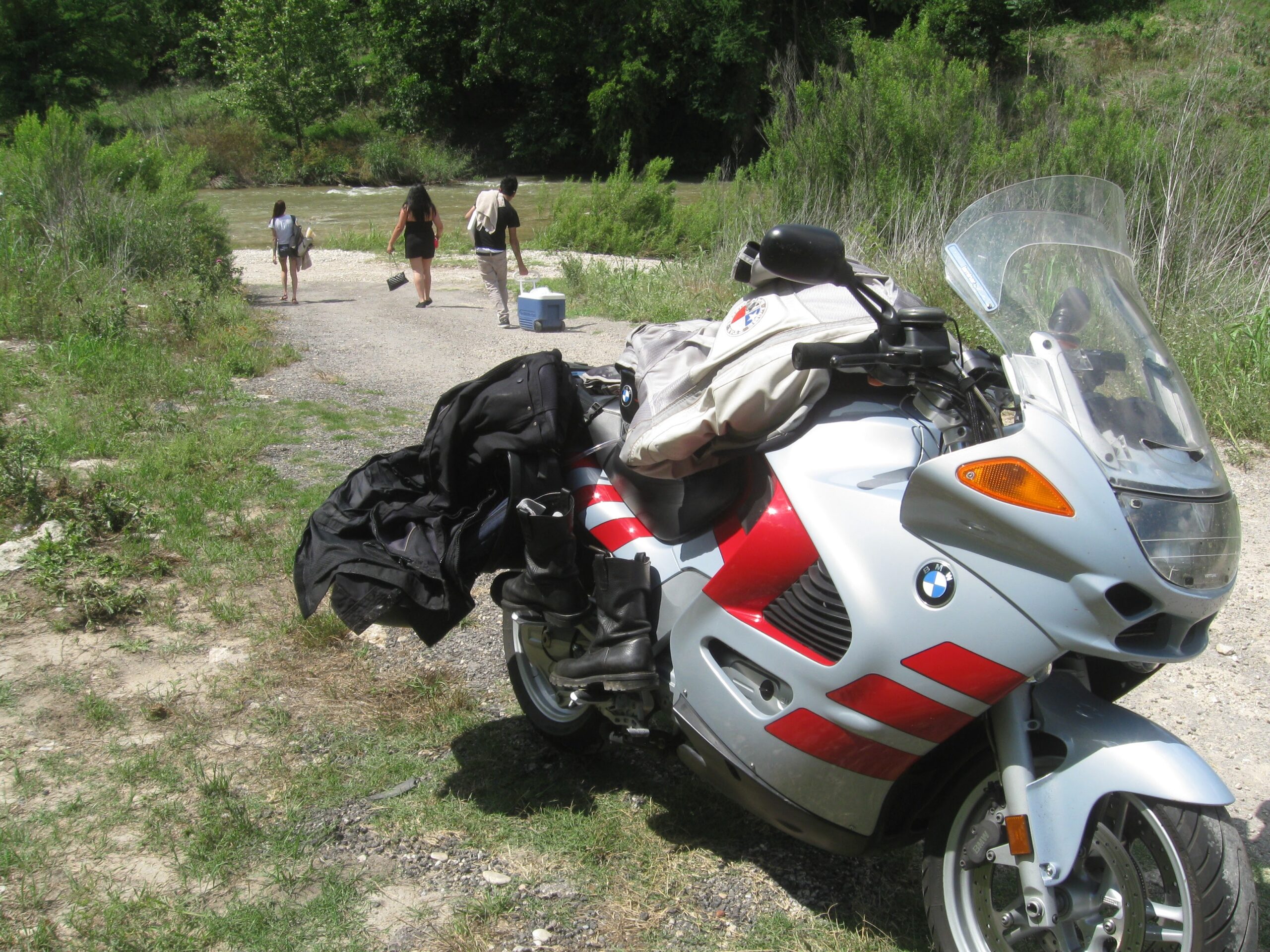 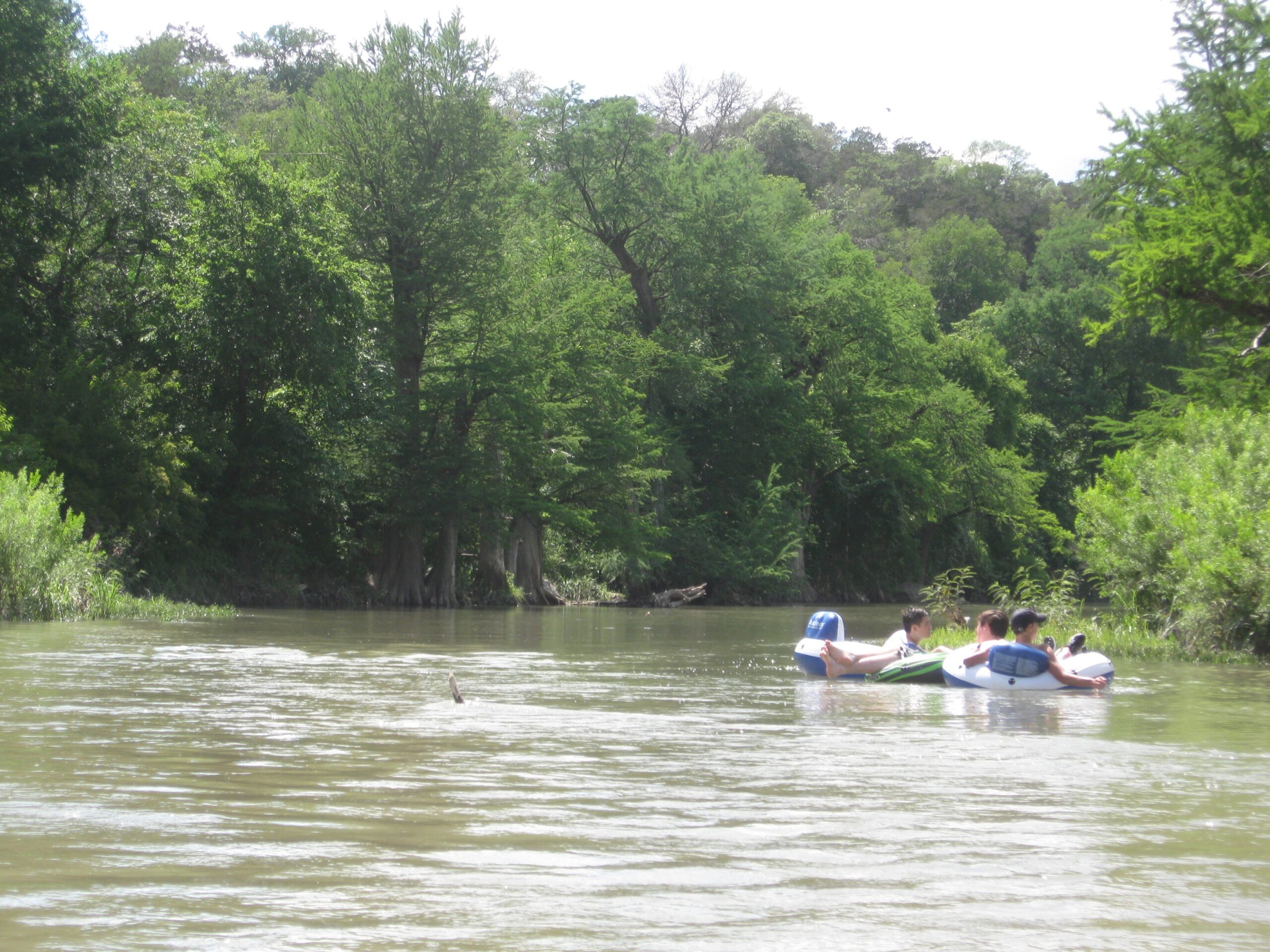 On the way, I stopped for a cool dip in the Guadalupe River north of Boerne.  I ran into Tim, riding an air head and taking some R and R with his family on the river. 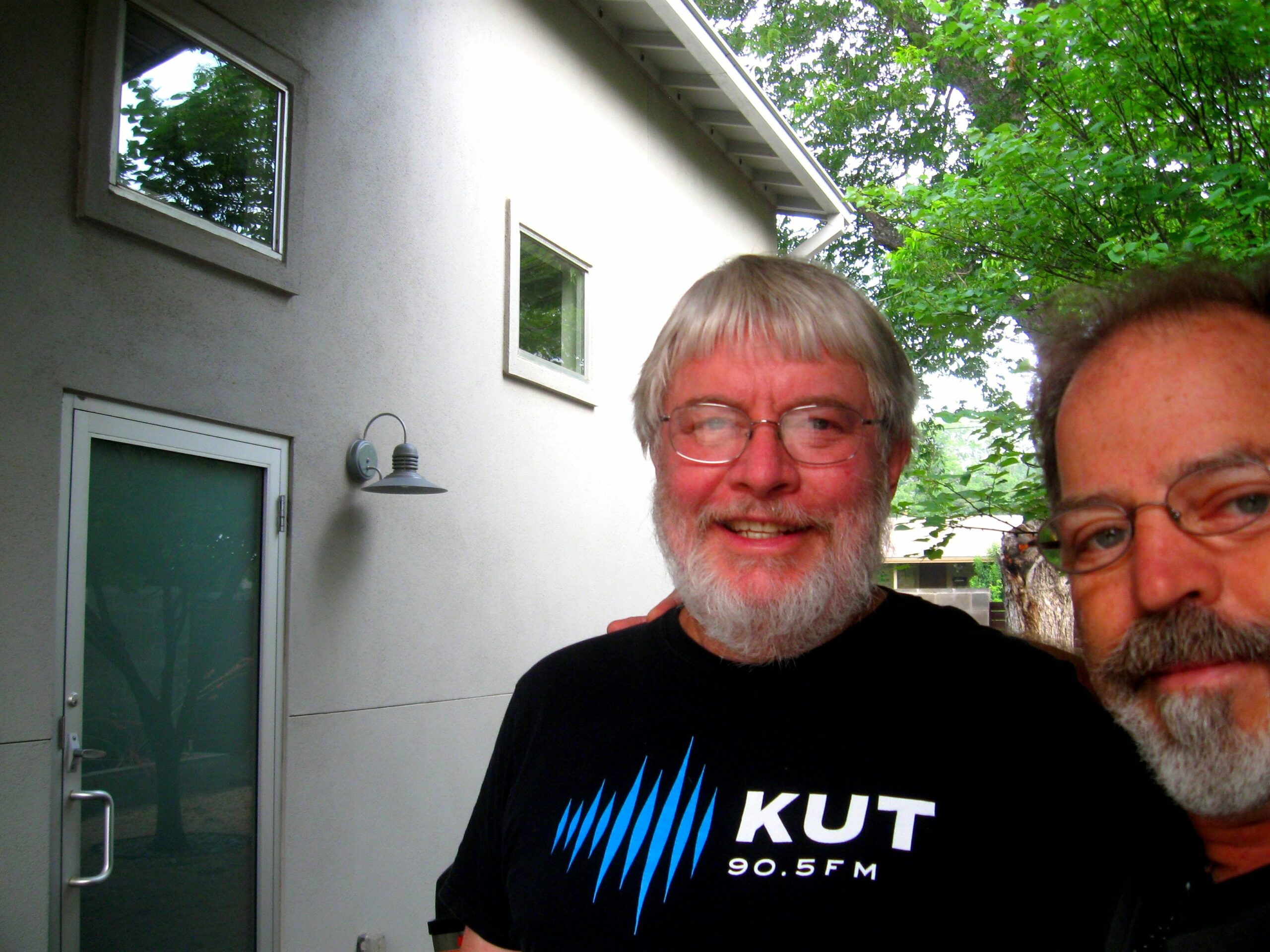 Riding into Austin from the west seemed like I had never been there before.  It’s changed so much.  I rode east on 290 and around the freeways up to the UT campus.  Turning up Guadalupe Street brought back memories from the 70’s.  Keith has some new very cozy digs just north of the UT campus.  We had a good dinner at Sao Paulo, a local Brazilian place with great food and extremely tasty margaritas.  The Isle of Mann TT coverage including a little Tequila finished out the night.  It was a nice visit. 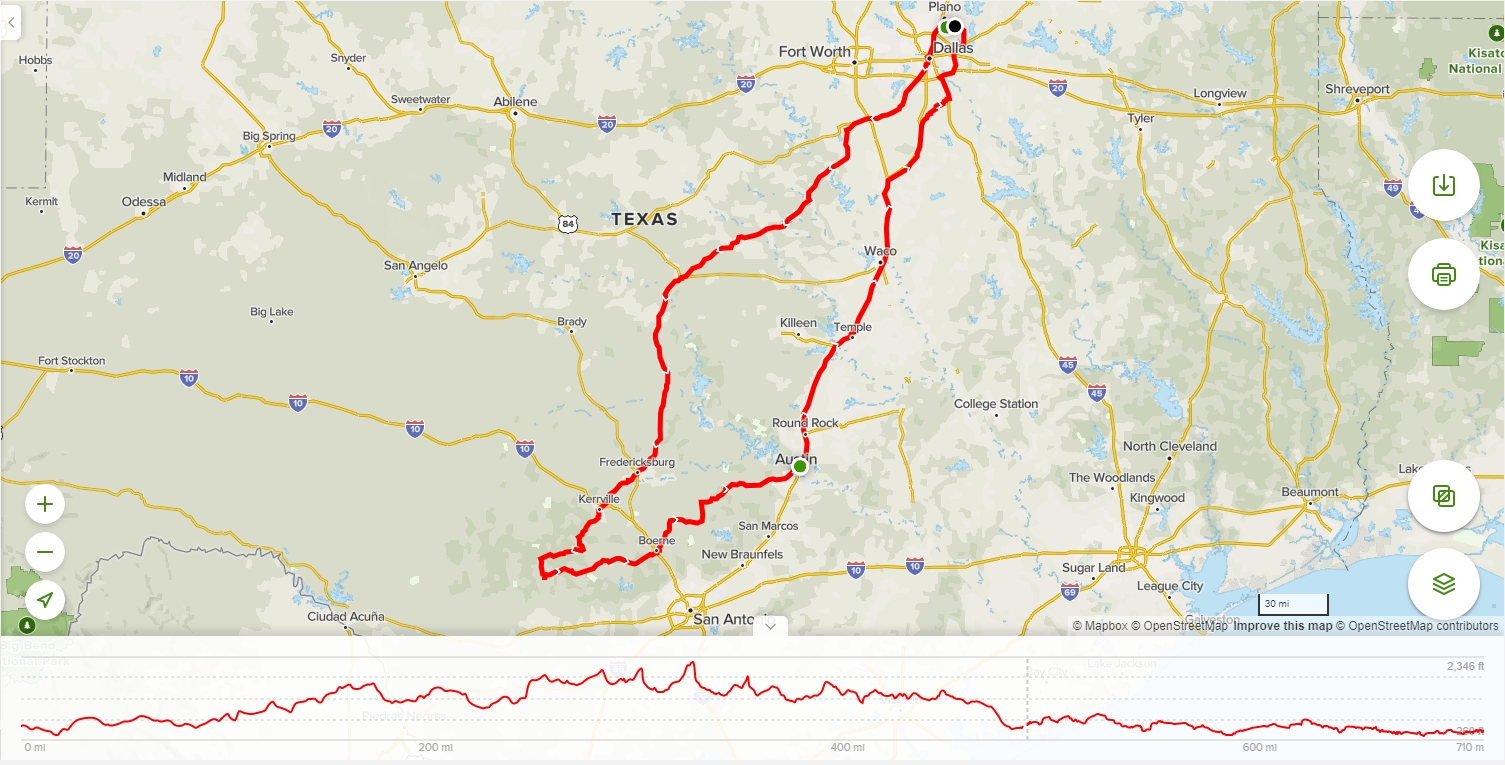