The Republic of Texas International Boundary

The grand tours I am doing this year lured me out for a quick run to the Louisiana border.  I did a fairly straight ride away from home for a day ride to collect what looked like an interesting Butt Lite X bonus at the Texas/Louisiana border.  I’d pick up some AULDR stops as well to claim some points for May.  I don’t care much for interstate riding, but when you want to minimize time spent, well…  I decided to take Katrina out for the ride.  The K1200RS is almost 20 years old and running as strong as ever. 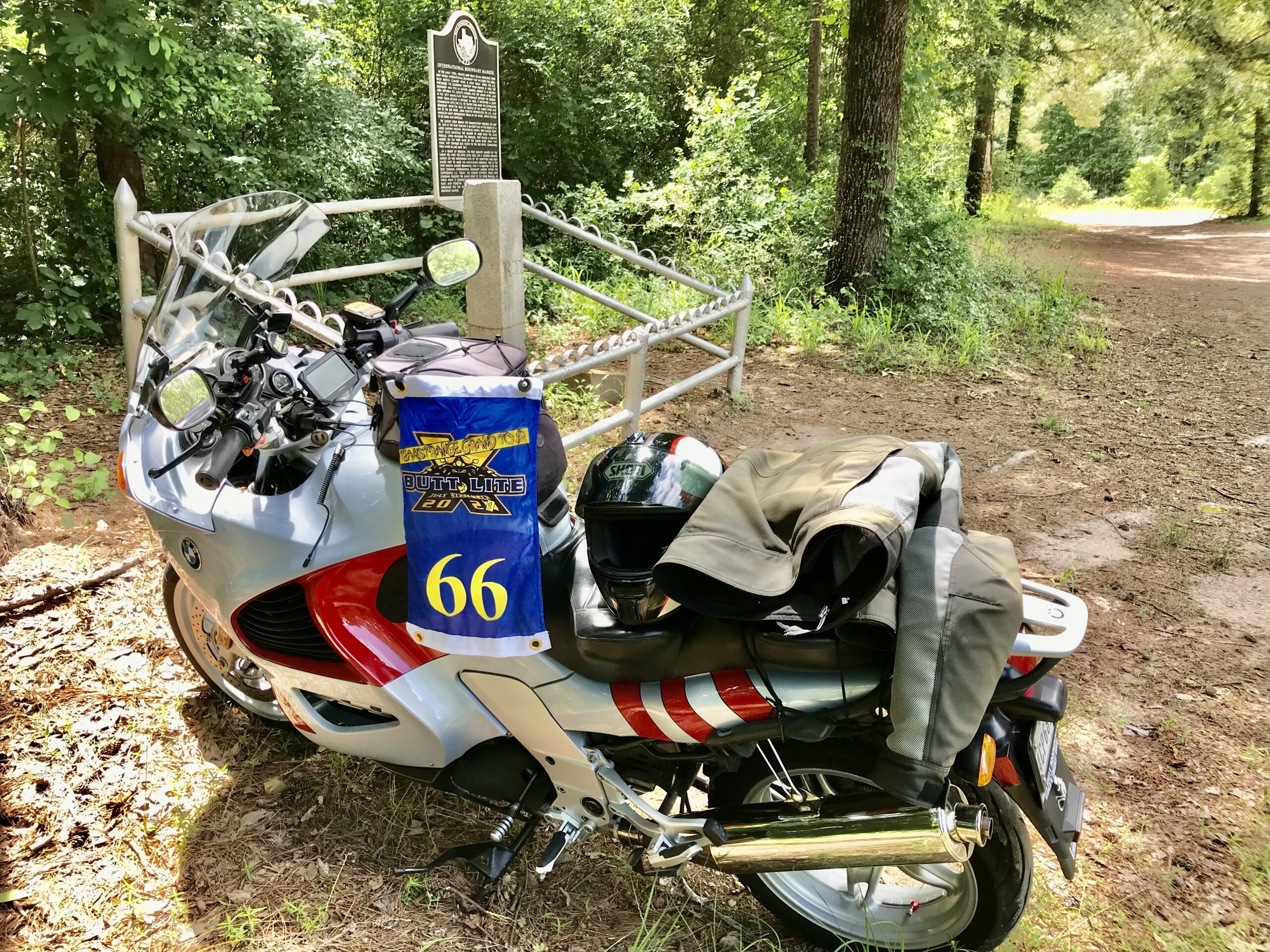 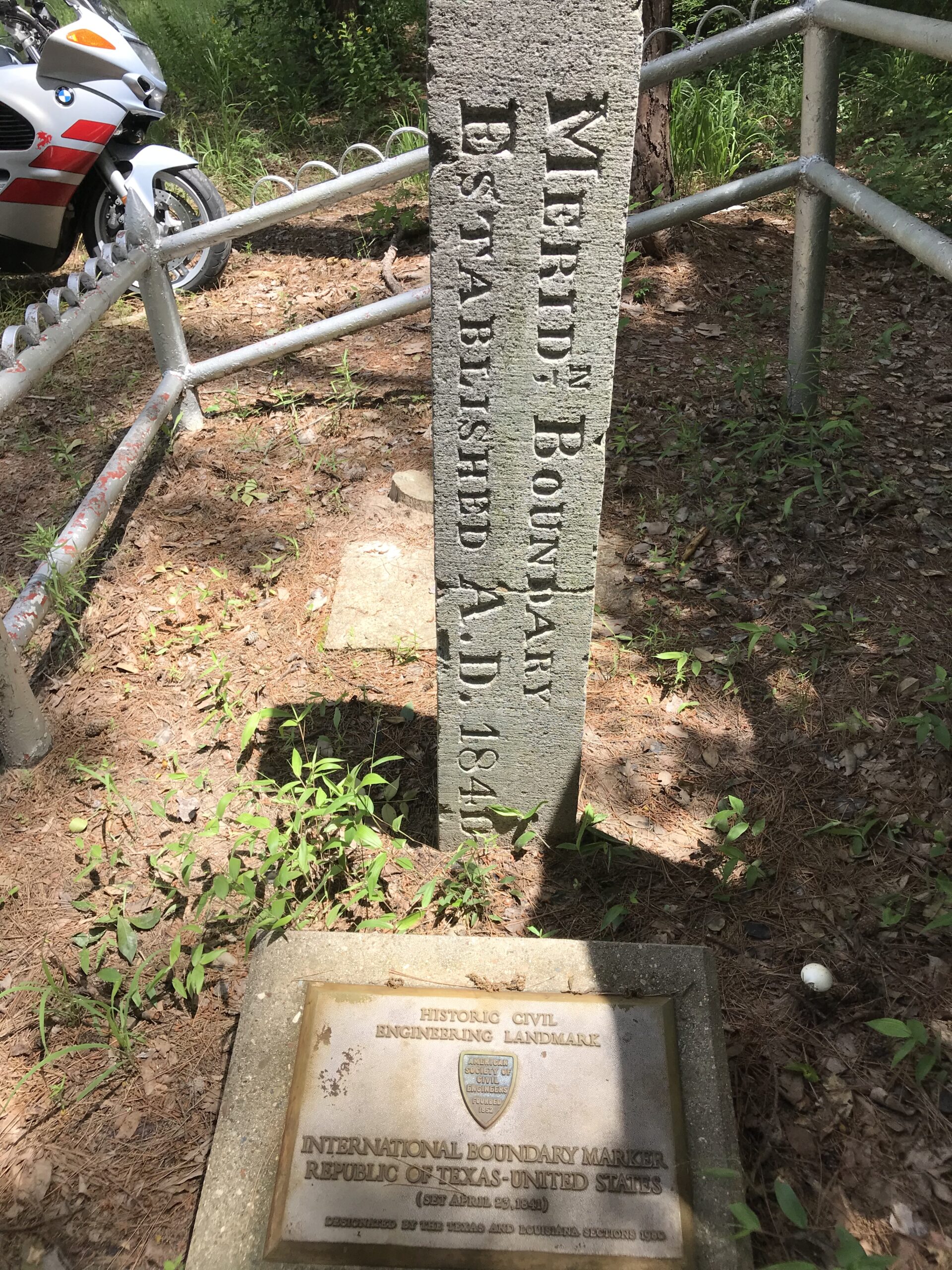 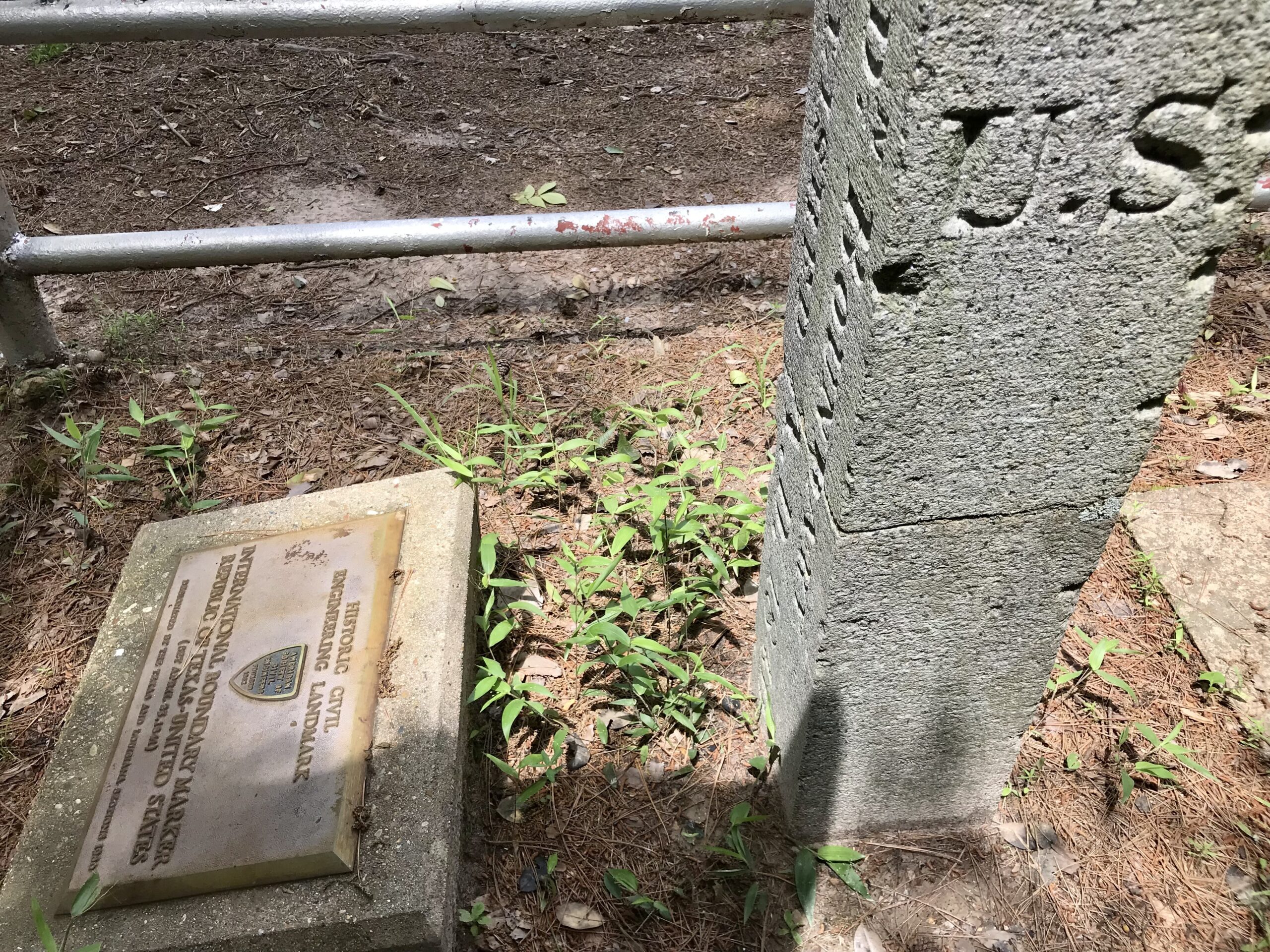 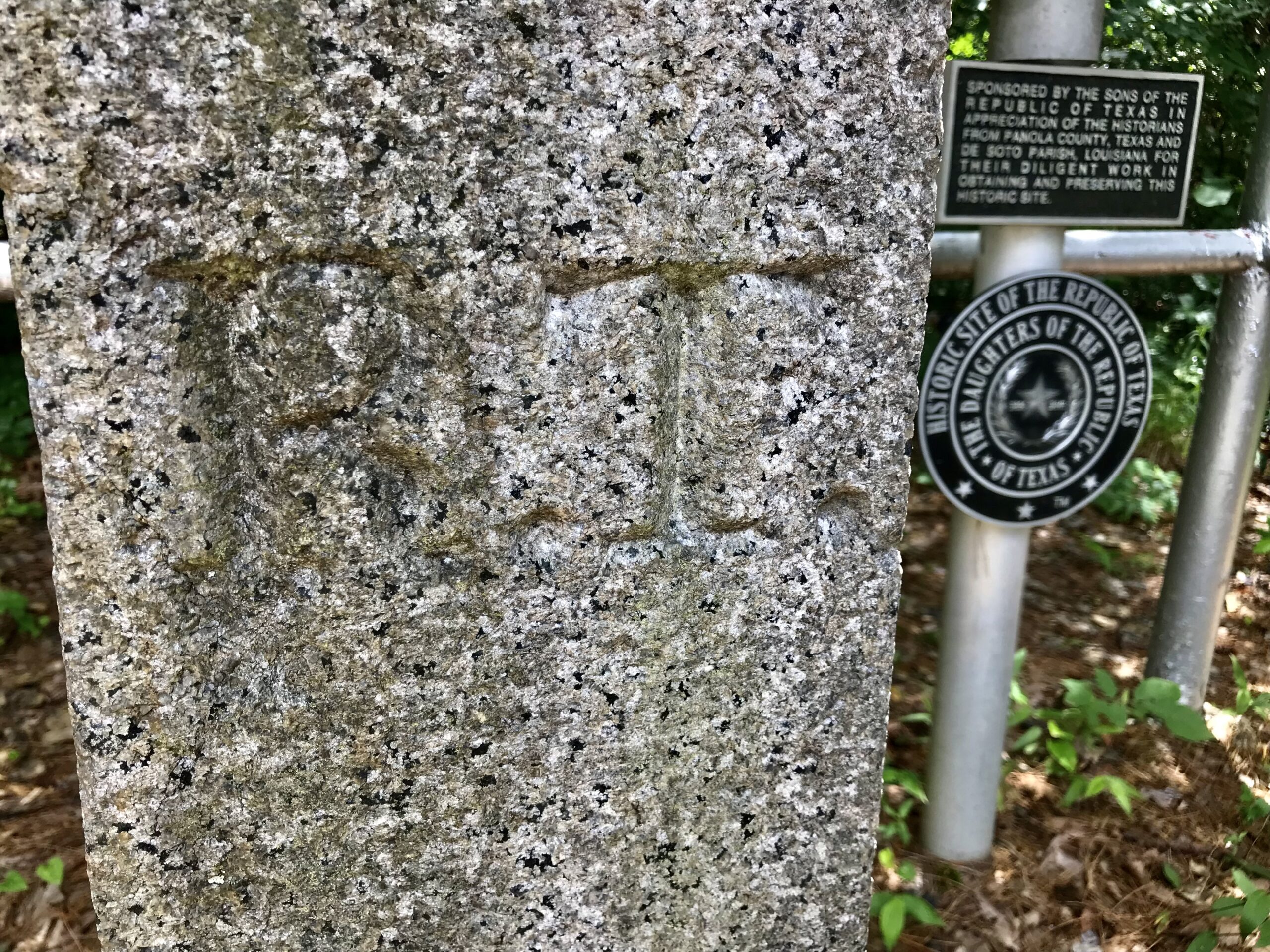 Hard to see, but R. T. is etched in the granite post. 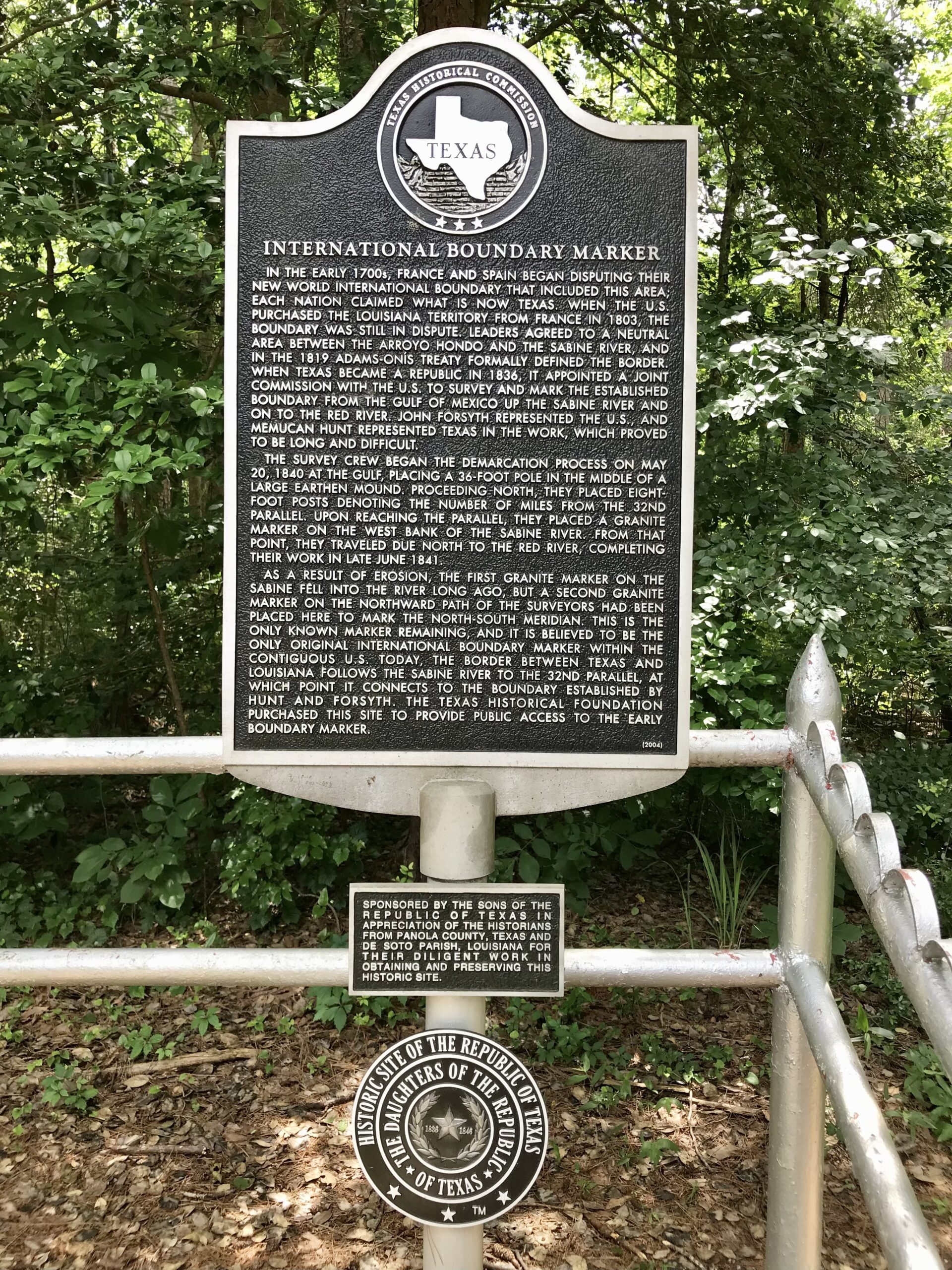 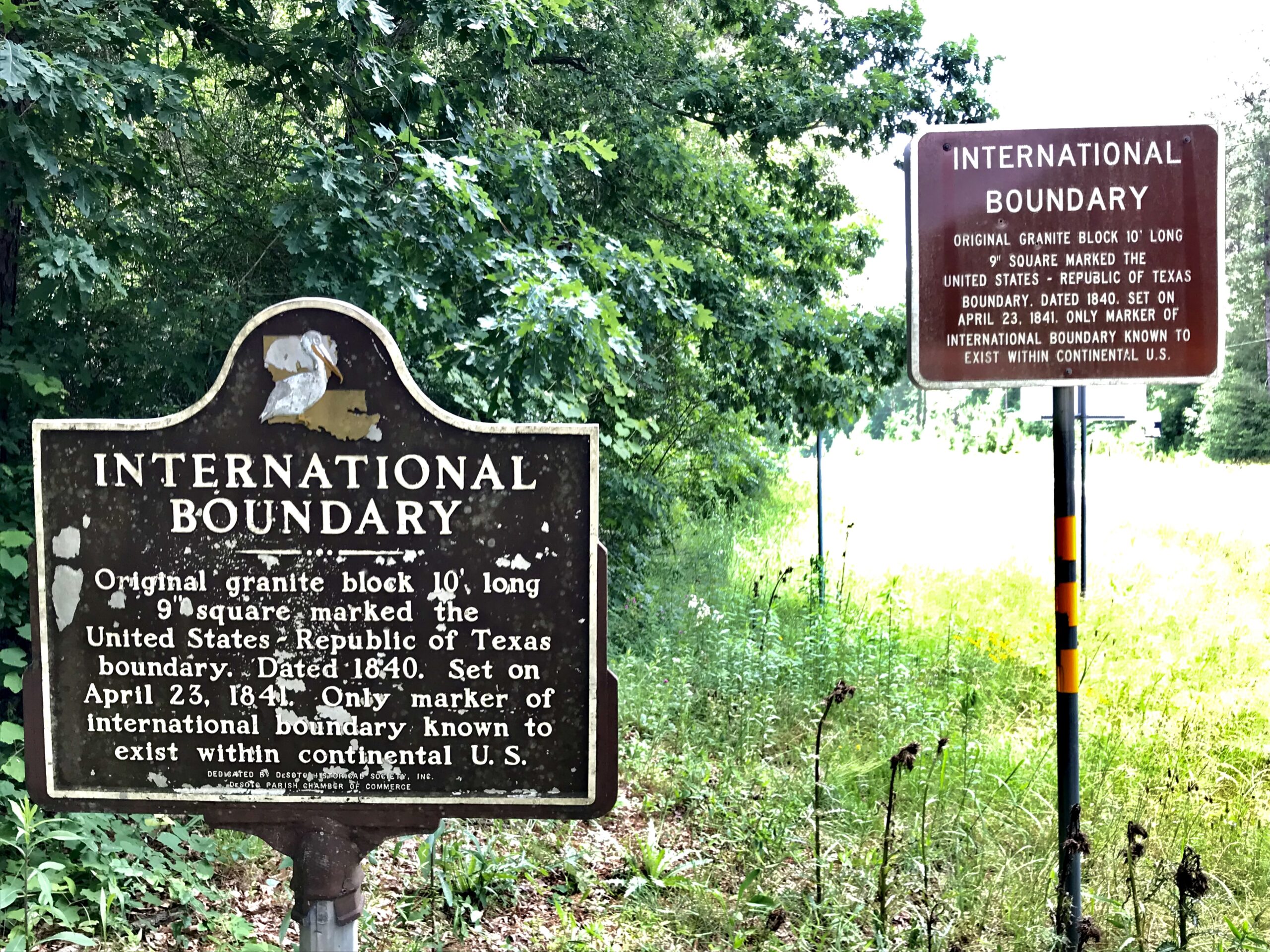 The roads finally got interesting after I passed southeast of Tyler.  I missed a turn south of Carthage and had to backtrack a bit from Logansport to find the historic marker that was placed in the ground on April 23, 1841.

Texas wasn’t always a state.  From 1836 to 1846, it was an independent nation with its own country flags, currency, capital and embassies.  The Sabine River was a natural division between the Republic of Texas and the United States.  But the area north to the Red River called for a joint commission between the RT and the US to survey the division line.  Civil engineers placed the 10-foot granite international boundary marker here on the 32nd parallel as a point of reference.  They progressed north to the Red River, placing 8-foot posts denoting the number of miles from the 32nd parallel.  This granite marker is the last remaining boundary marker from that survey effort.  There was one on the west bank of the Sabine that eventually fell into the river and others that disappeared over time. 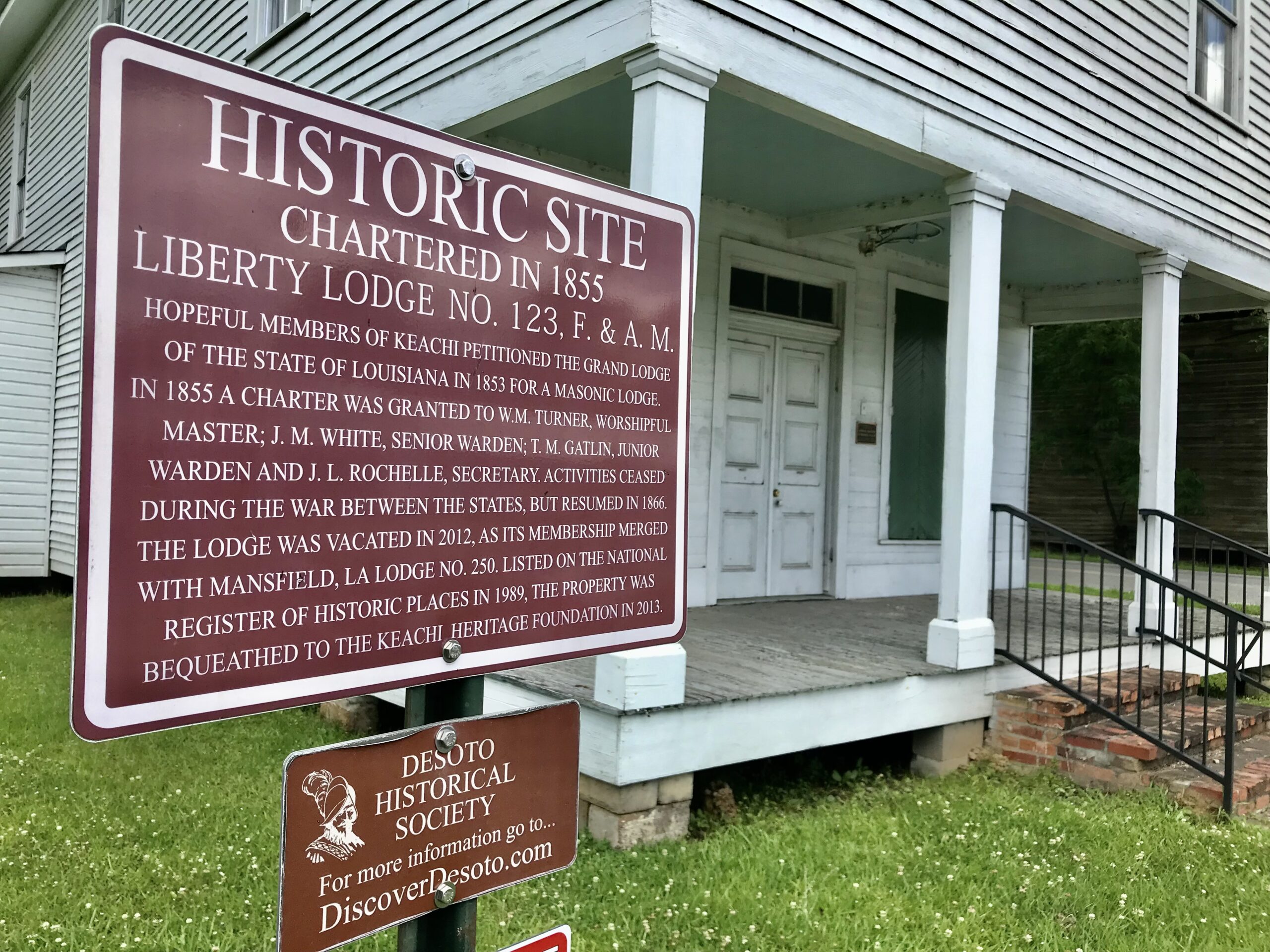 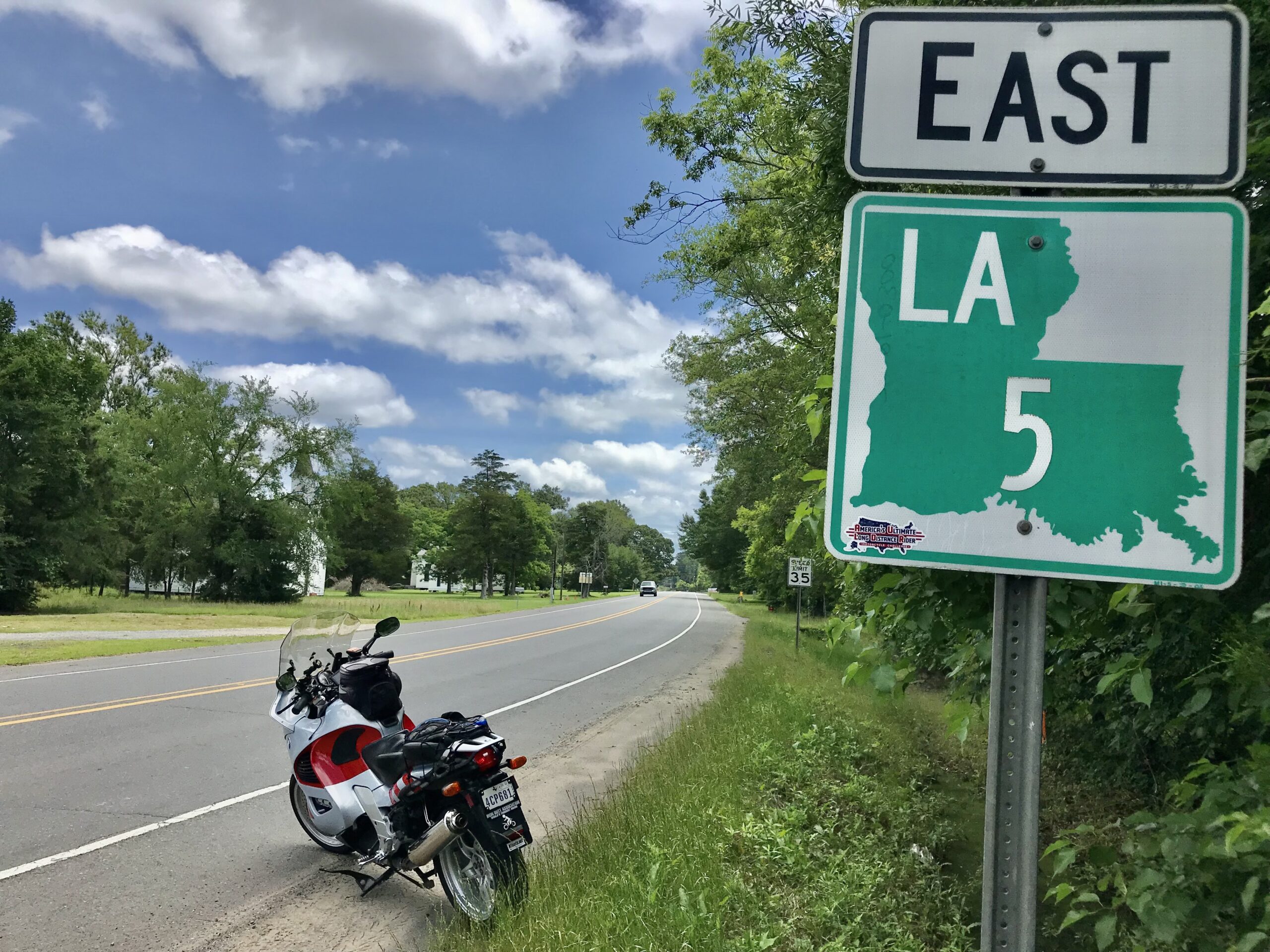 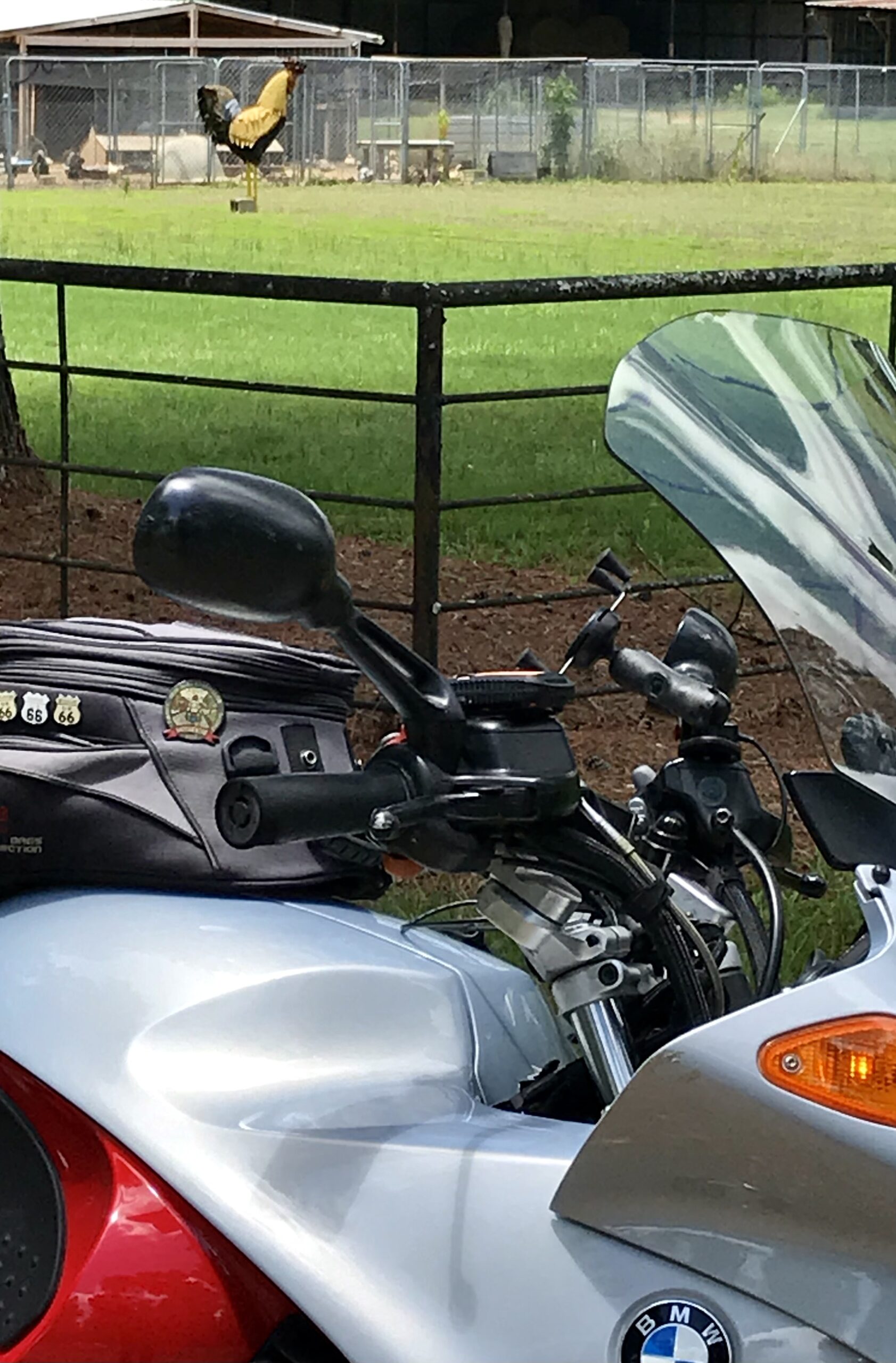 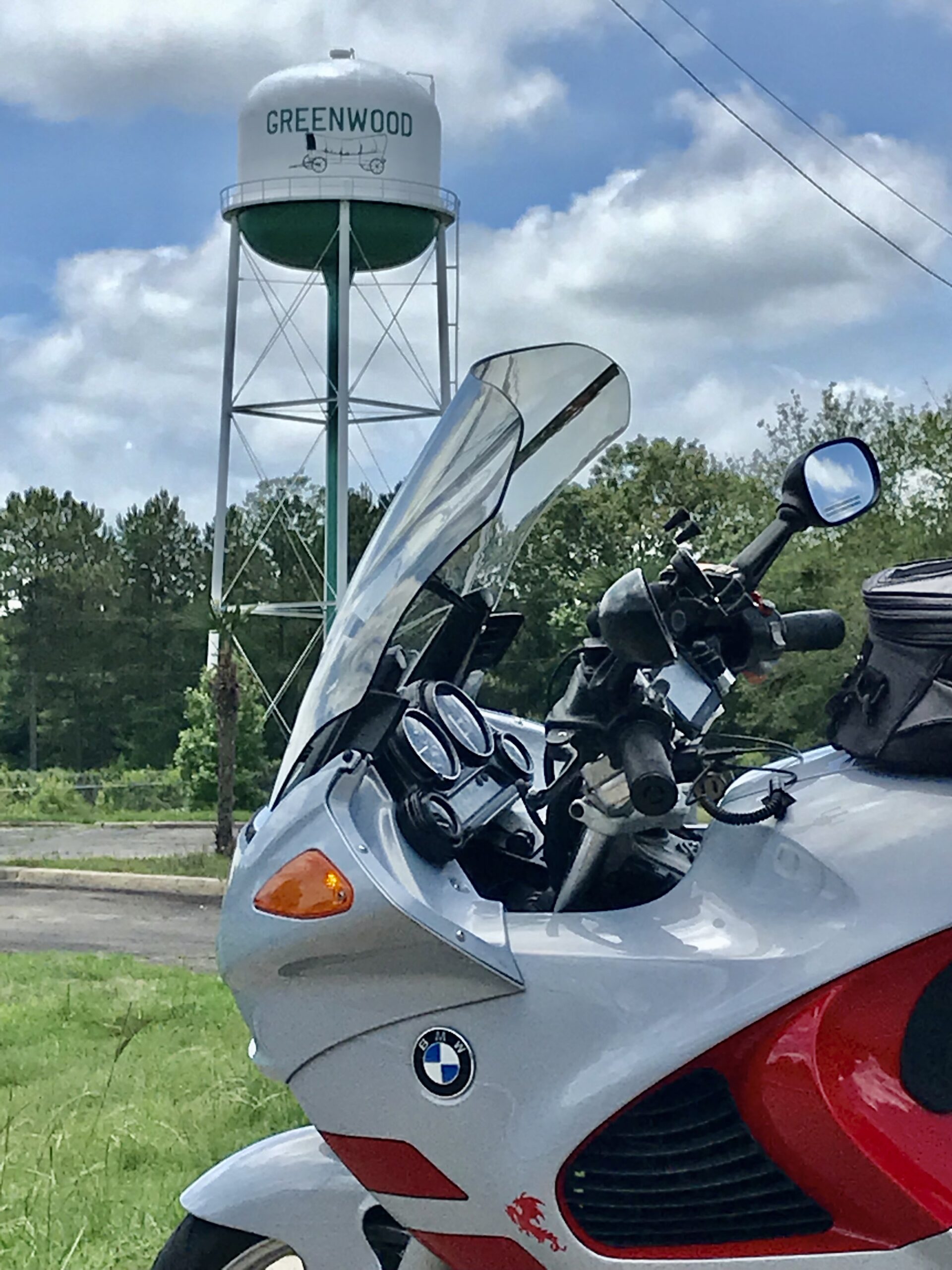 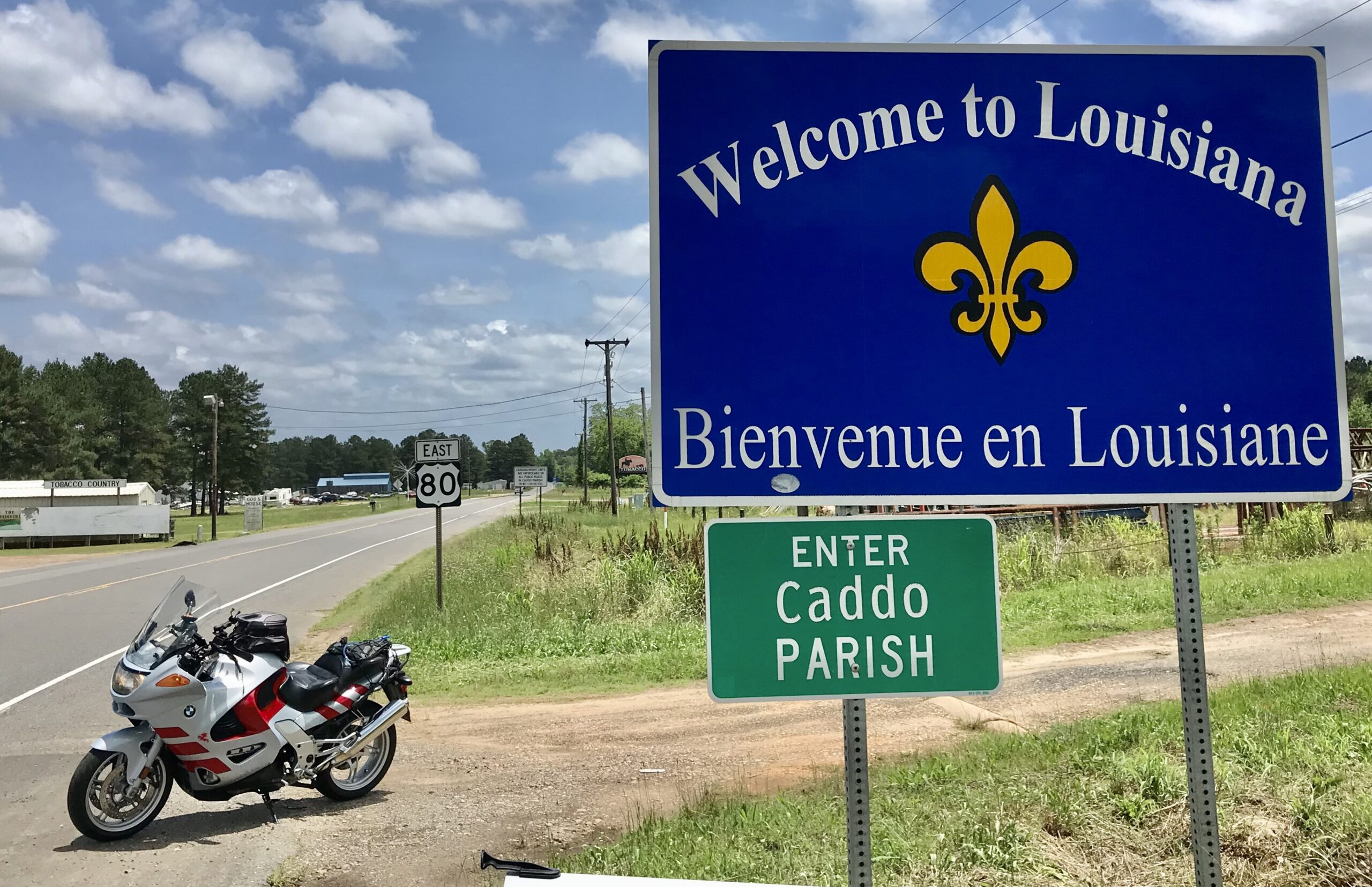 I documented my BLX stop and headed back into Louisiana riding north on a back country road.  Along the way, I picked up some AULDR stops for some May points. 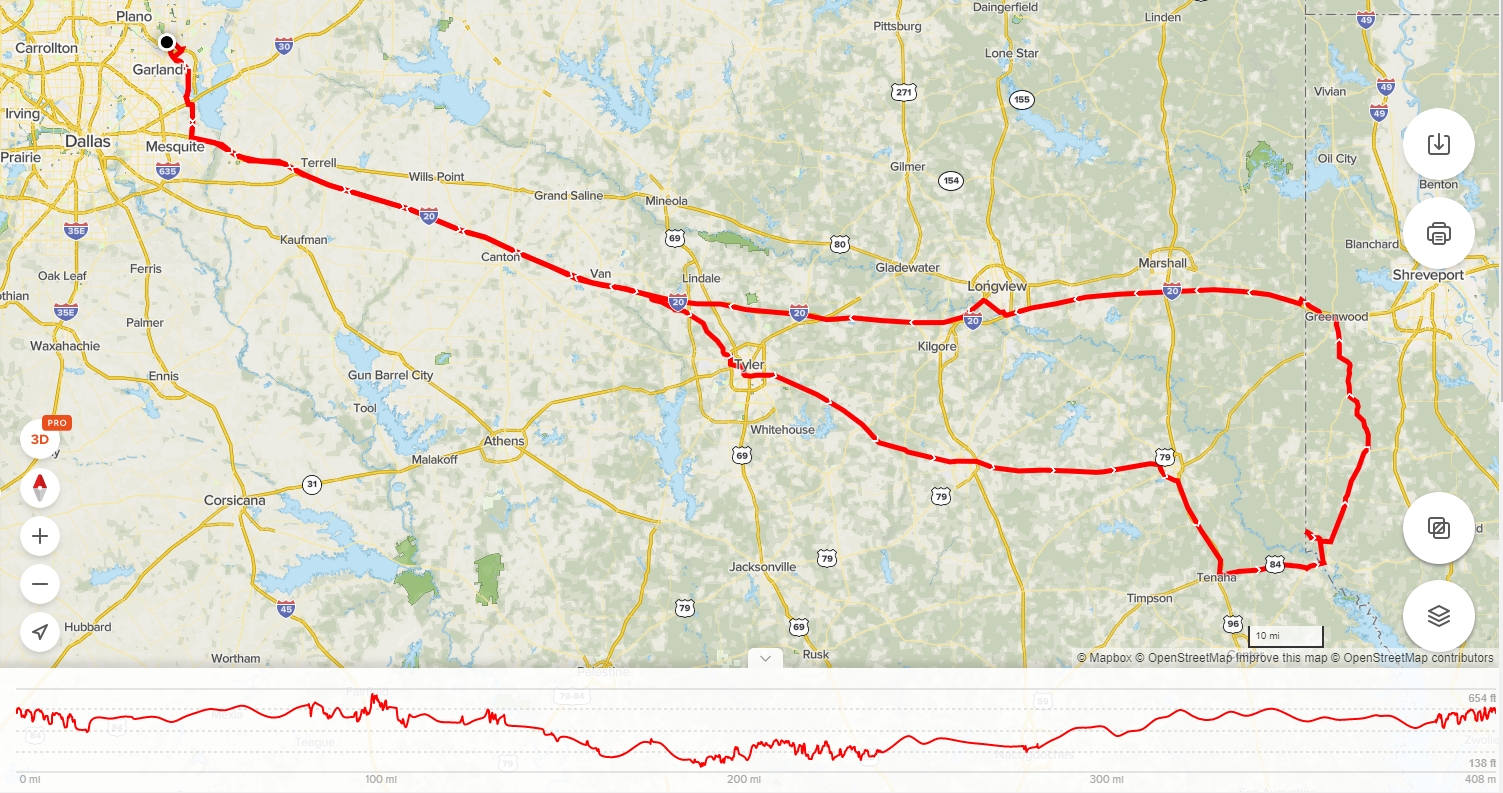